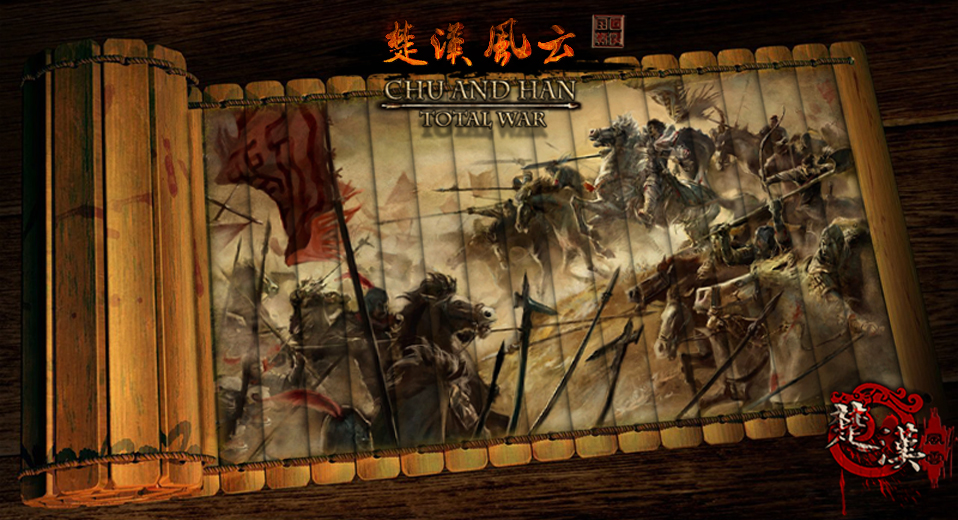 Among the rebel forces, the most powerful one was the Chu kingdom. Xiang Yu, a Chu general, won the support of many other rebel leaders after his victory at the Battle of Julu, and became the de facto leader of all the insurgent forces. After the collapse of the Qin dynasty, Xiang Yu divided the former Qin Empire into the Eighteen Kingdoms, each governed by a vassal king, and gave King Huai II of Chu a more honourable title, "Emperor Yi of Chu". However, the emperor was merely a puppet ruler because power was concentrated in the hands of Xiang Yu. About a year later, Xiang Yu relocated Emperor Yi to Chen County (郴縣; present-day Chenzhou, Hunan) and effectively sent the figurehead emperor into exile. He secretly ordered Ying Bu (King of Jiujiang) to murder Emperor Yi while the emperor was on his way to Chen County.

During the division of the Eighteen Kingdoms, Xiang Yu appointed some former rebel generals as vassal kings even though these generals were subordinates of other lords, who should rightfully be the kings instead. Besides, the Guanzhong region was granted to three surrendered Qin generals even though the land was rightfully Liu Bang's, according to an earlier promise by Emperor Yi. Liu Bang was instead sent to the remote Bashu region (巴蜀; in present-day Sichuan and Chongqing) and was given the title "King of Han" (漢王). Xiang Yu proclaimed himself "Hegemon-King of Western Chu" (西楚霸王) and ruled nine commanderies in the former Liang and Chu territories, with his capital at Pengcheng (彭城; present-day Xuzhou, Jiangsu). 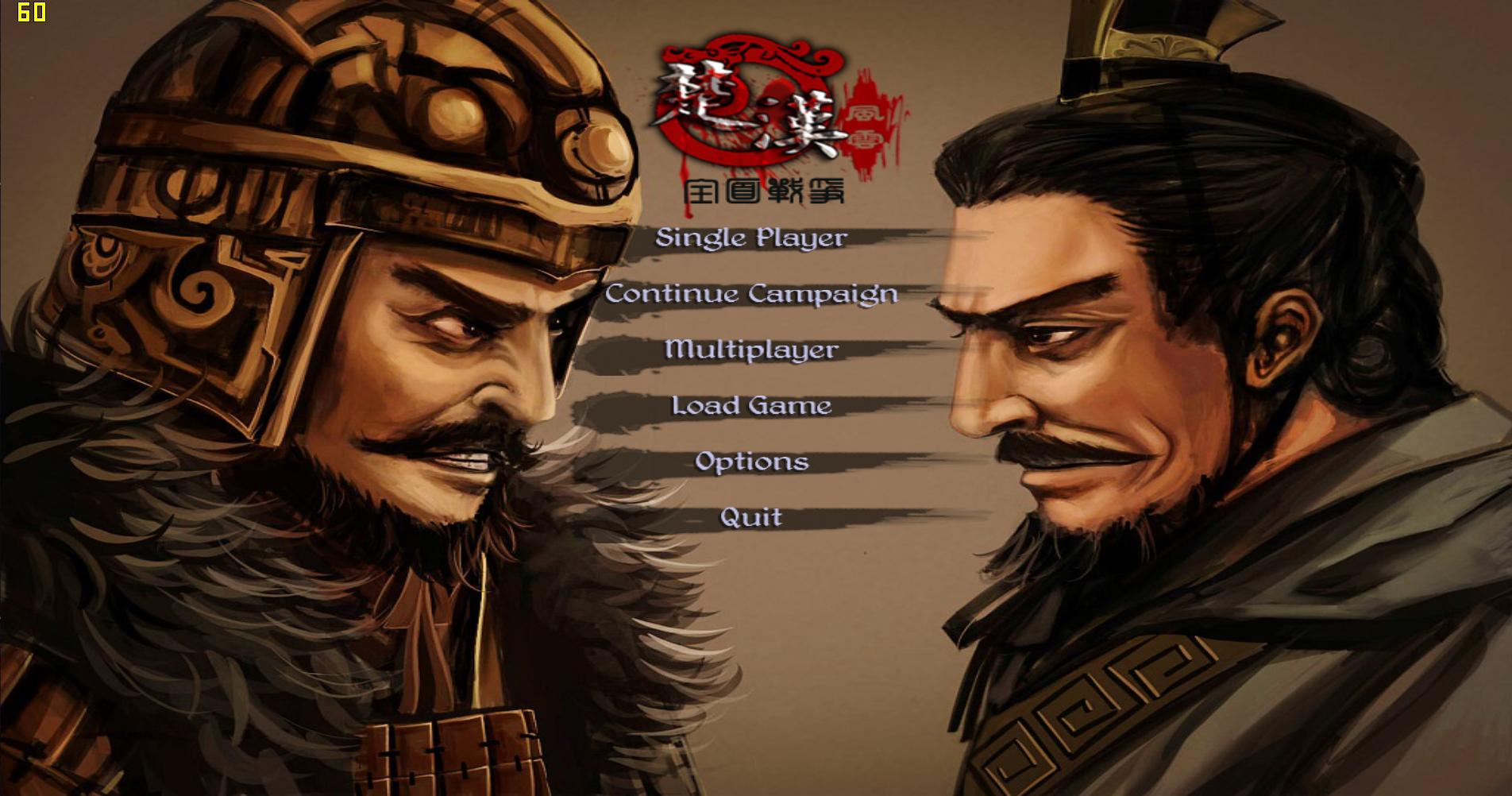 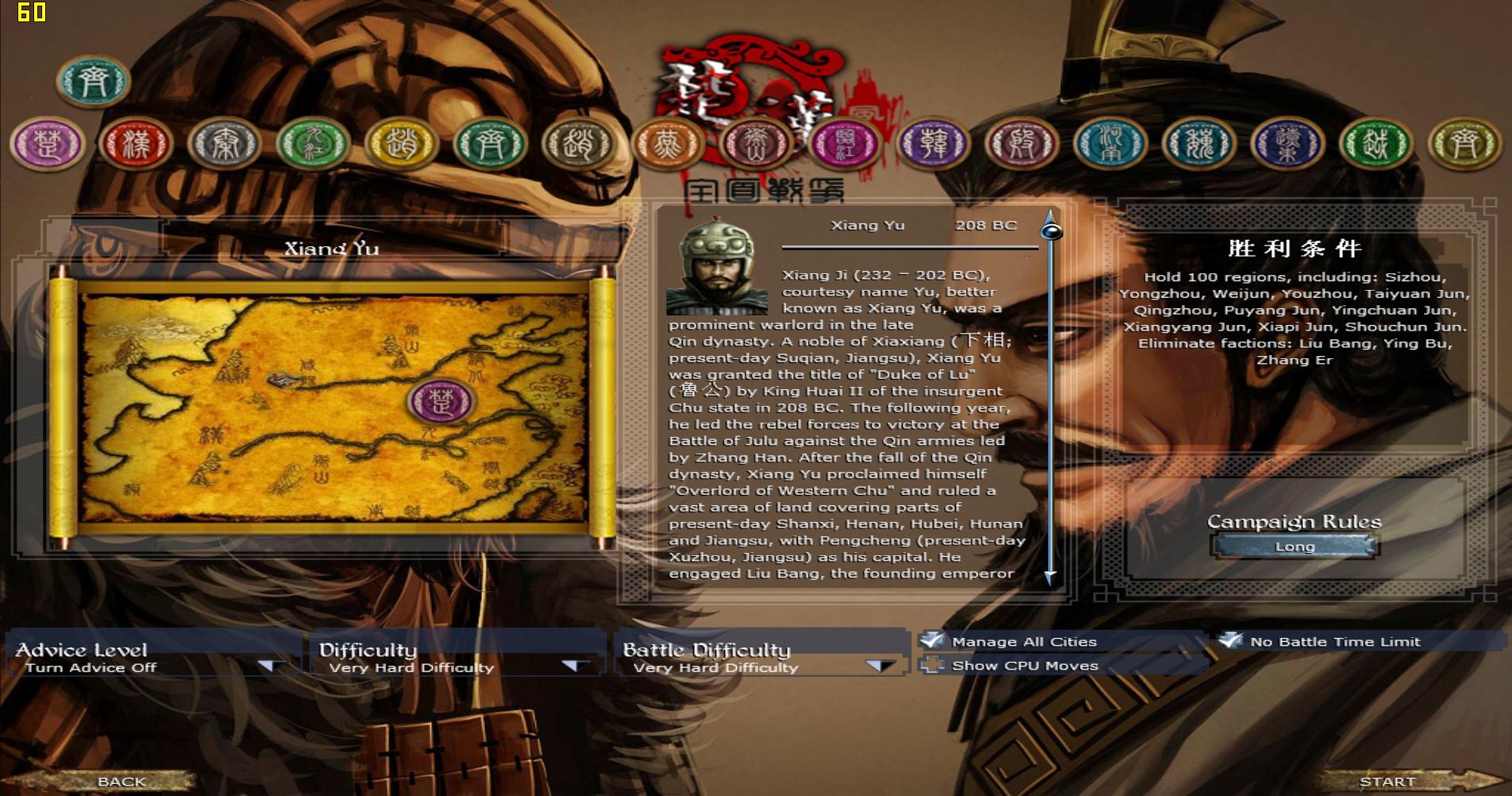 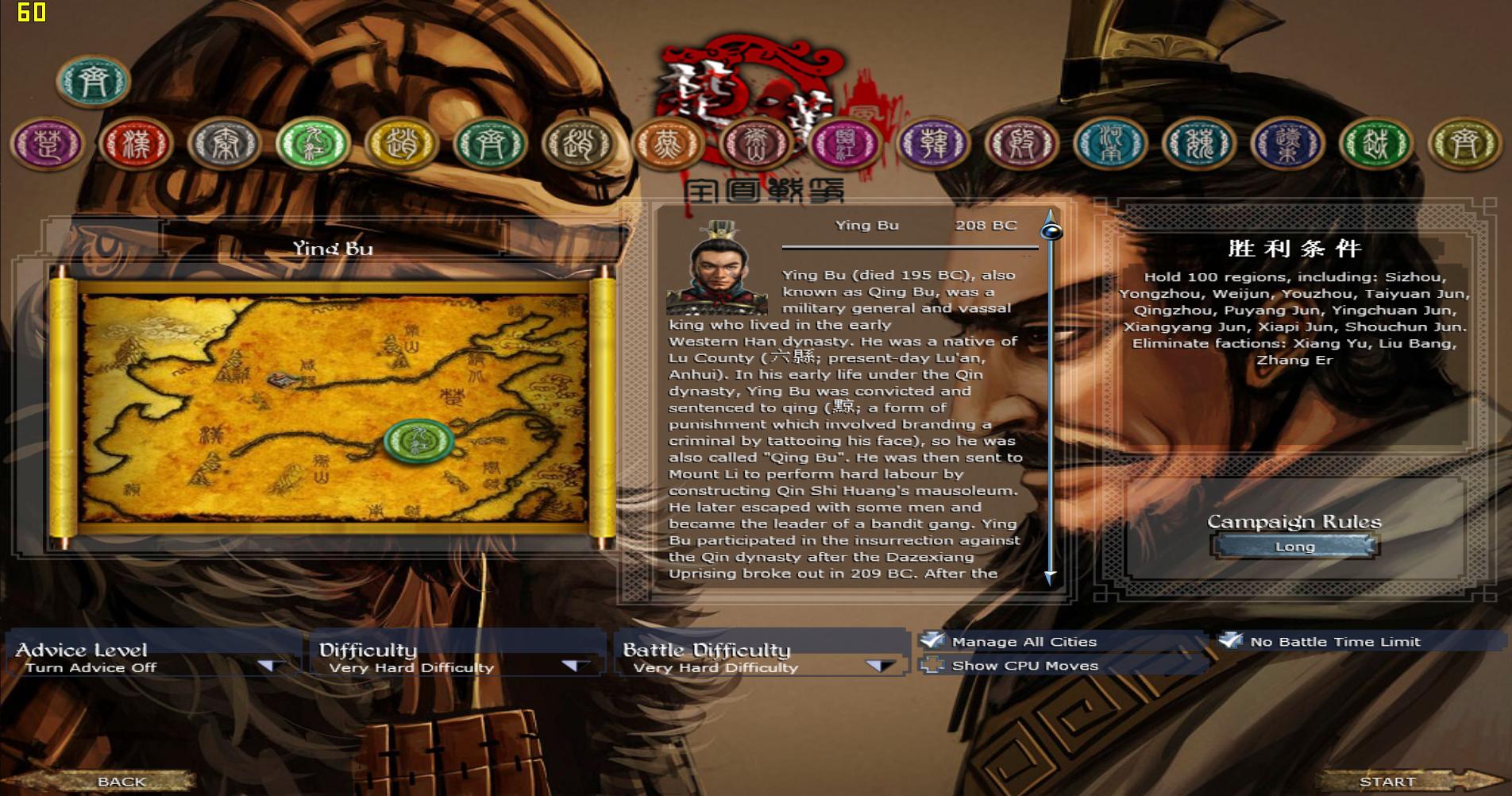 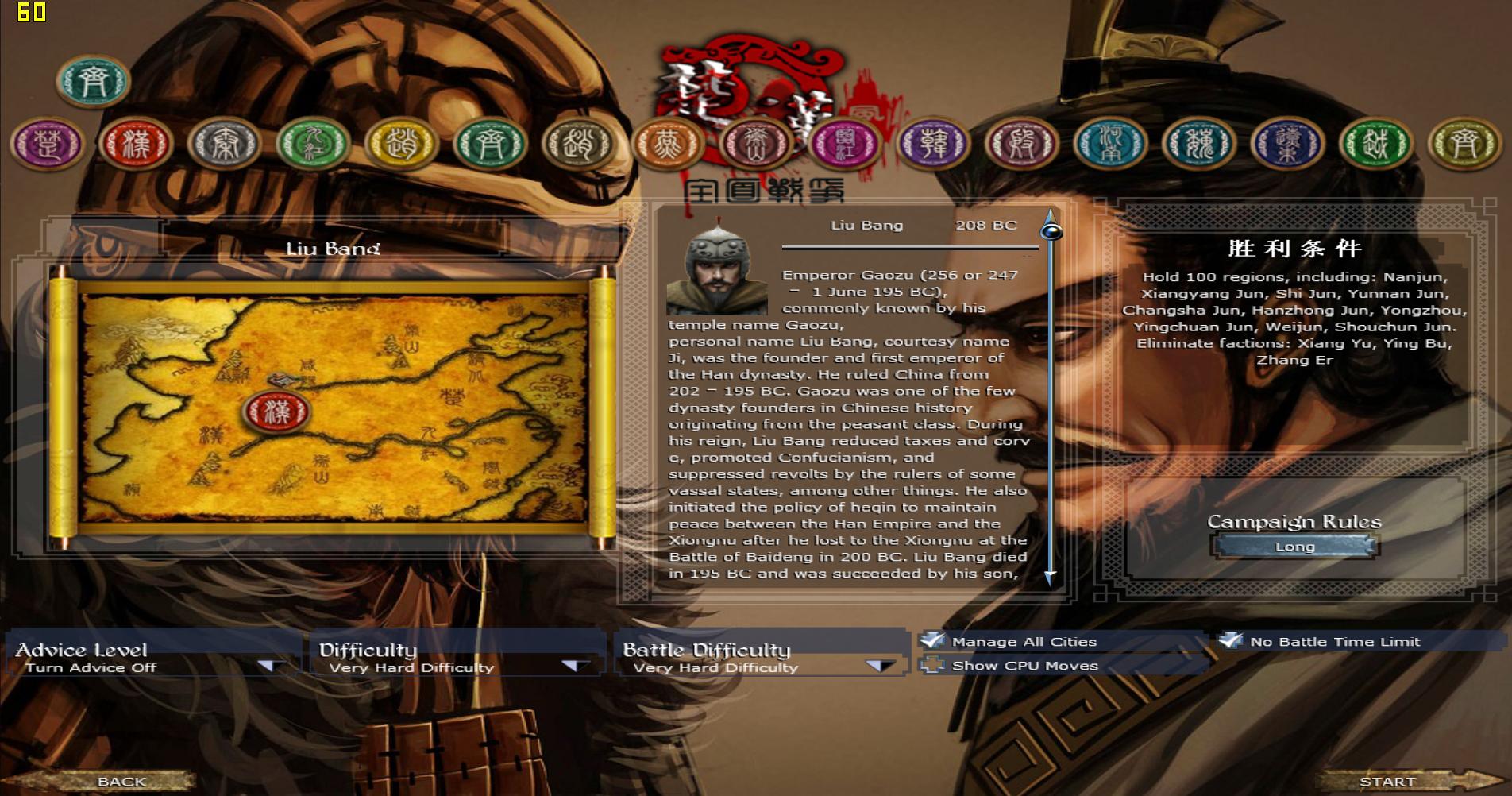 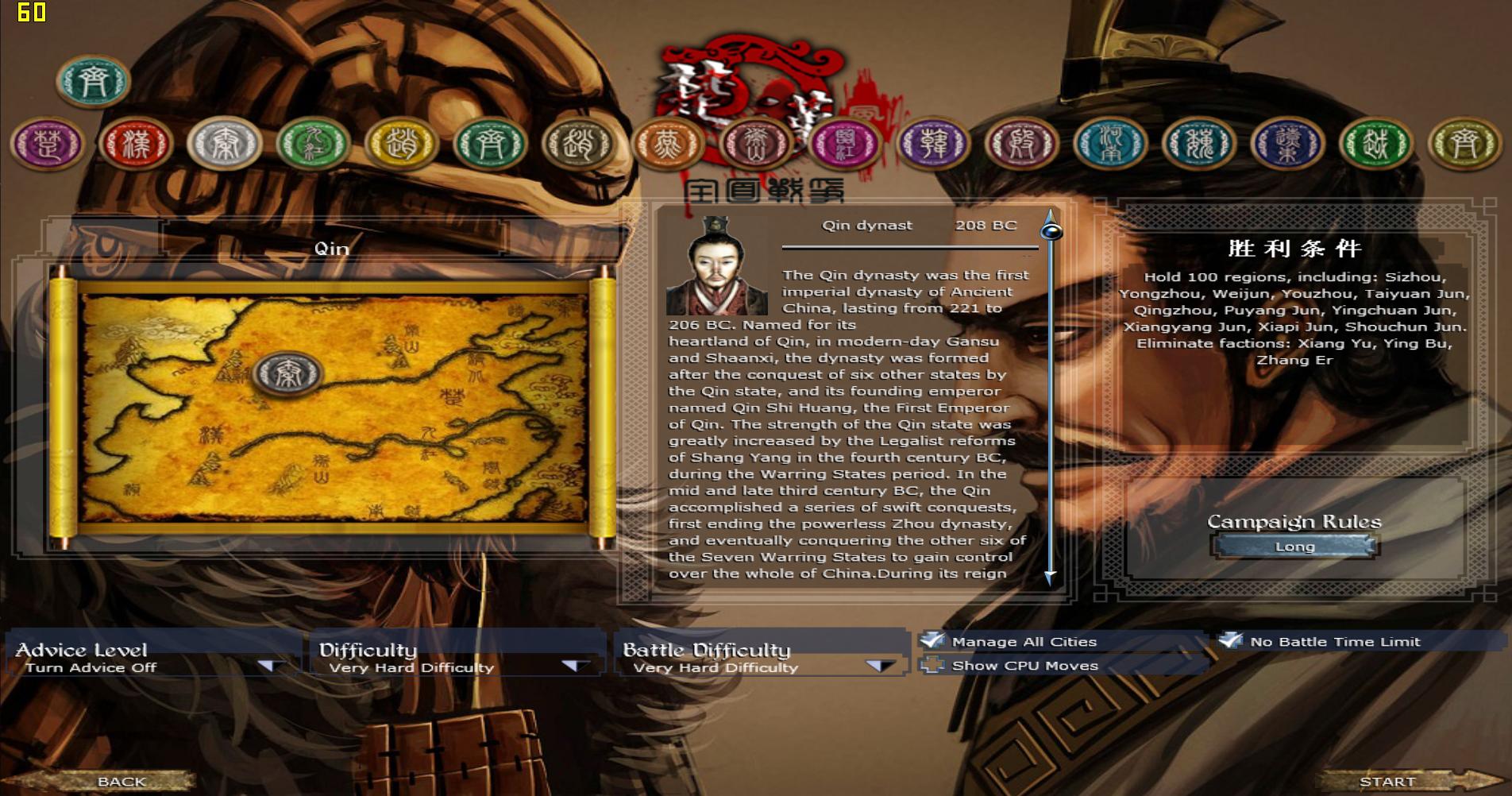 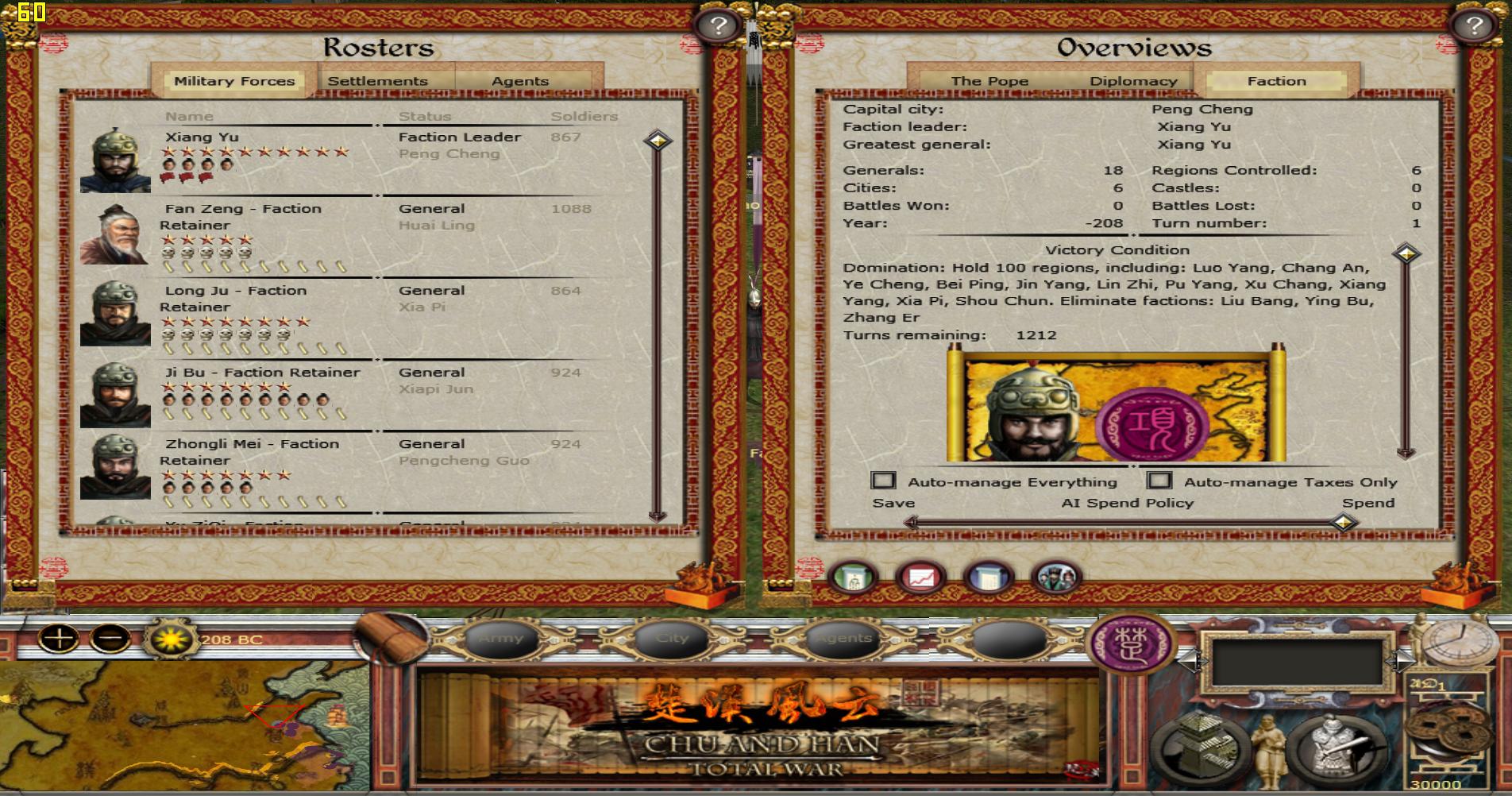 The MOD is being tested and will soon release a public beta.

In 221 BC, the Qin state unified China by conquering the other six major states and established the Qin dynasty. However, the dynasty lasted 16 years...

Those text files are ripped straight from an older version of Rise of Three Kingdoms.

Wow, why don't they make the link available for everyone? Goddamn.

because they want us to use their goods but I have reloaded and helped everyone. Now it is necessary to boycott all that relates to China. I just got tricked by them when buying their game so I tried to do this for a long time and didn't use any Chinese goods. Thank you for replying to my link.China has brought the epidemic to the world so I suggest the whole world work together to destroy China and replace China with a single Taiwan. Now I support Taiwan even though I am Vietnamese.Taiwan is a civilized country that will not kill its people like China.It is shameful for a country with an culture Long-standing culture to do such unsuccessful things. Breaking a temple, killing organ robbers and rule Tibet like a dog for years.Here I was also treated unfairly by them when buying their games. Not only did they stop me from playing games, but they blocked me, too, so I swear never to play with Chinese ****.China is so evil and abject. China is rubbish of the world. We should get rid of it.All of us Vietnamese want to escape China and want to work with Europe and the United States

Hey, I kinda understand where you coming from. My country is also being oppressed a lot by China but going by your logic you wouldn't be any different by the demons you sought to destroy. Chinese government does not always represent the whole Chinese population, just my two cents.

Should I find it funny or disturbing or sad that someone would use a single incident relating to China's market policy to propel their own radical political vendettas?

You should rather find it very disturbing to see yourself defending China in any way, shape or form.

stop shaming people for their political stances, you *******