Chicken Fortress ( aka CKF ) is a CS (Counter-strike) amxx plugin.The final goal of this plugin is to play TF2 (Team-fortress 2) in CS1.6 .The game has already released about 1 year ago. It has 9 classes (scout,soldier...etc,you know,just like TF2), many weapons ,crafting and trading system, and to be able to equip weapons and hats. CKF has 3 modes and 25 maps:CTF,CP,arena, etc.

This plugin has only one server, and can only be joined in China.

It is easy to buy a TF2 in China. But china has few TF2 players.Many people cannot play TF2. CKF provide a chance : It's free and low requirement of system .CKF has over 400 members now, and 5% of them brought TF2 after playing CKF.

Let's get to the point : I posted this in moddb just because I'd like to know what you think .Feel free to leave comment.

PS: TF2 is now F2P.It's good to support original company, but when I saw players leave CKF and went to play TF2, I feel a little sad :< . Well , overall CKF's player has incrased.
PSS: I'm a student and I don't have many time to update. 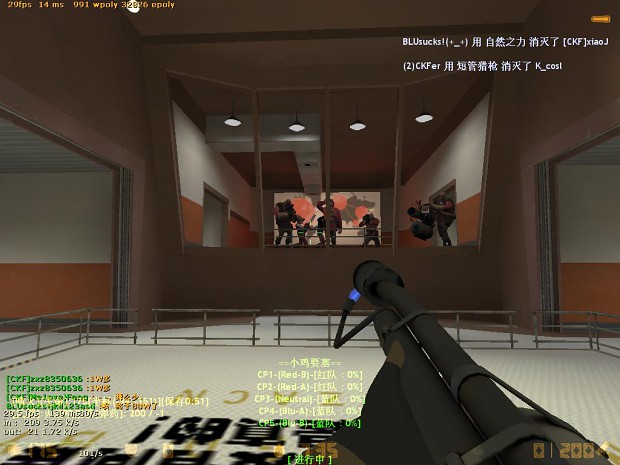 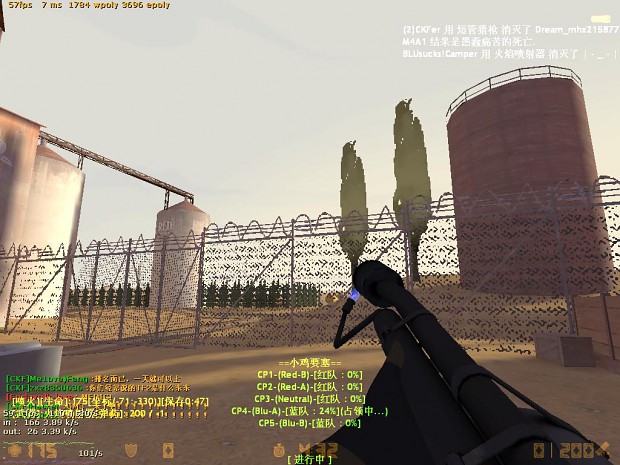 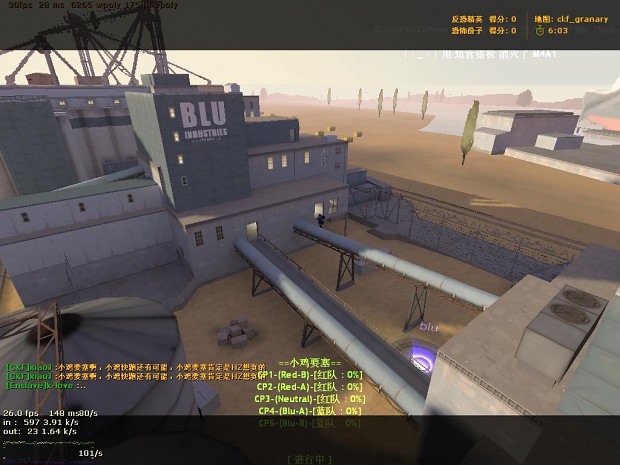 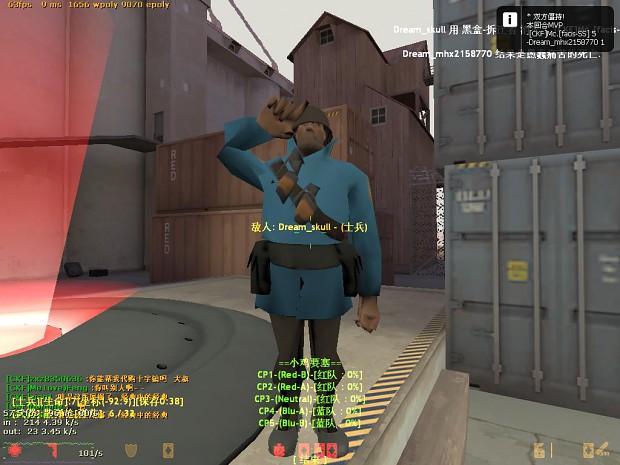 Someone imported this map from TF2 to HL1 , awesome.

In China, many computers are old and slow. If we just import TF2 models directly, those who use old computers will suffers lag.

This exe include CKF client files(models,maps,sounds etc), you need these files to play CKF

I rather play tfc

give me the link to the plugins

please, give us the plugin so we can play offline or creating a servers

It would be awesome, if you release it to the general public.

I have a problem! When i connect to the server my counter strike is crash and write this:cstrike/chickenfortress2/pyro_flame.spr file has wrong version number. 1 month ago i played with this mod and i dont have problems.If anyone can help me please reply. Thanks! :)