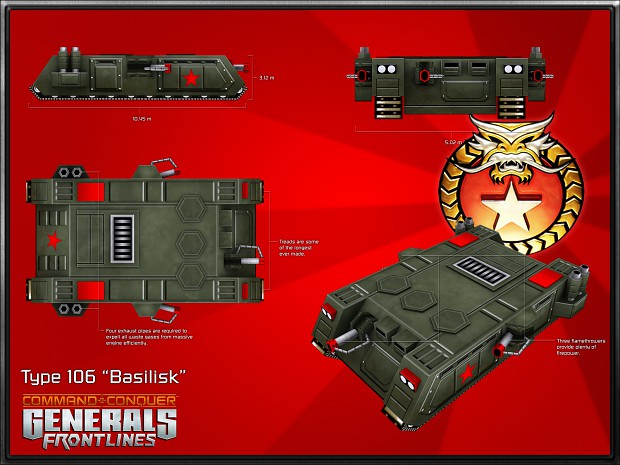 Reminds me of Nod's Devils Tongue from TibSun.

Finally something original! Keep up the good work!

A little bit of a Rhino Transport mixed with a Land Raider. Very excellent

The Basilisk is an addition to General Yang’s army. It is armed with three flamethrowers, one in front, and two on either side. Due to engine limitations, the side ones are unable to turn. Instead, they are pointed slightly off-angled from the centre, making it so that the Basilisk can lay down a wide wall of fire. As with all napalm-based weapons, it benefits from the Black Napalm upgrade. As of now, it requires a General’s Point unlock. Its two add-ons will be quite useful in extending its life.