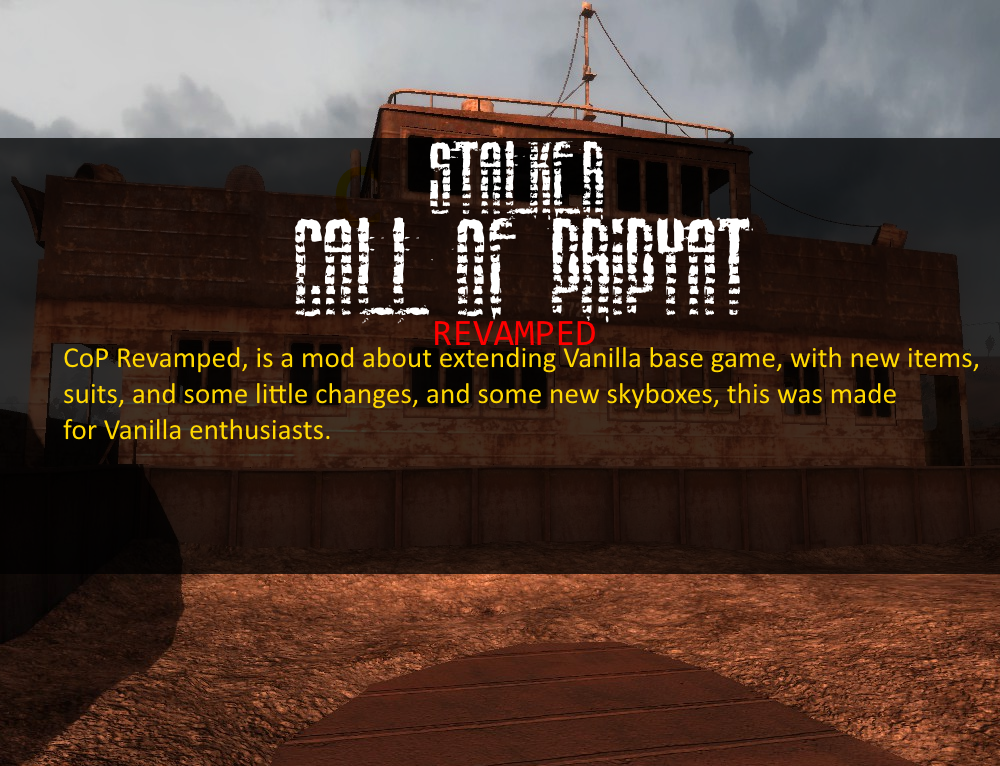 This mod improves the Vanilla game, in terms of combat, updated atmosphere, new suits and items. 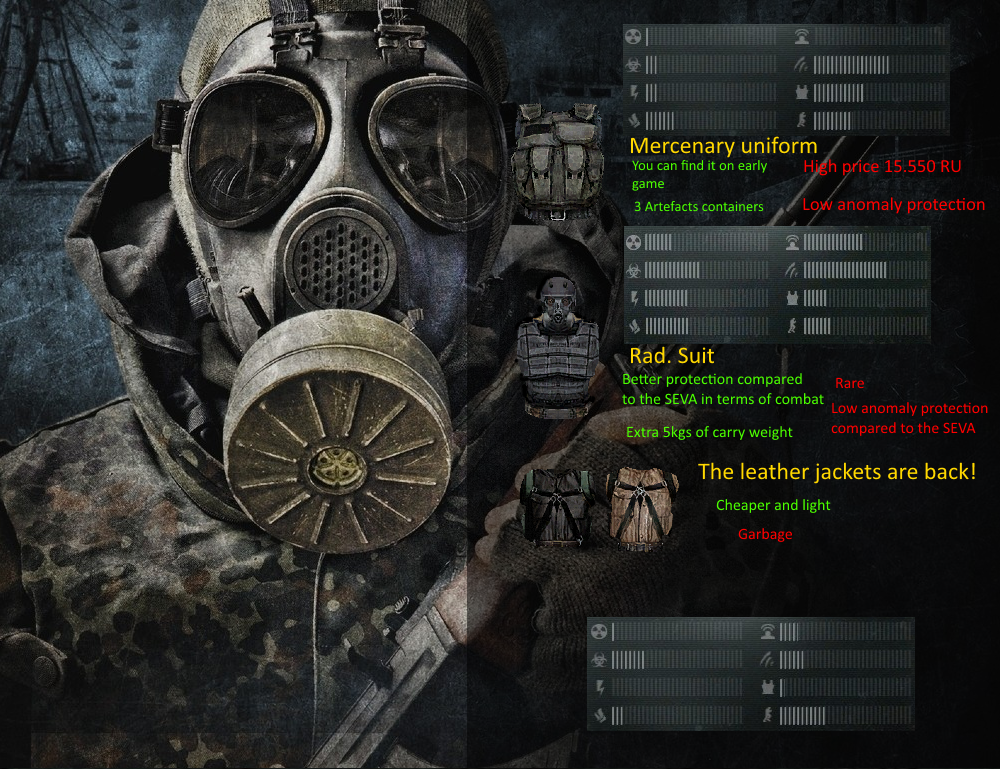 The mercenary uniform it has the outstanding capacity of three artifact containers, the suit its not very protective but with modifications and with artifacts transforms this suit into a reliable suit. A good option between the Stalker suit and the Berill5M.

This new modern modified Exoskeleton. The heavy loads and the bulletproof system have been eliminated, for a new system similar to the modern "SEVA" suit to give it competition, it dosent have the best anomaly protection compared to the SEVA, but has his good weapon and explosion protection, it has a extra 5kg carry weight and has the same Exo-skeleton upgrade scheme, but its more rarer to find than the SEVA.

it's simply a leather anorak with blue trousers tucked into hiking boots. Typically, it's also worn with a backpack with extra straps across the chest. The leather jacket offers little protection from gunfire or claws and it's absolutely useless against radiation or anomalies. 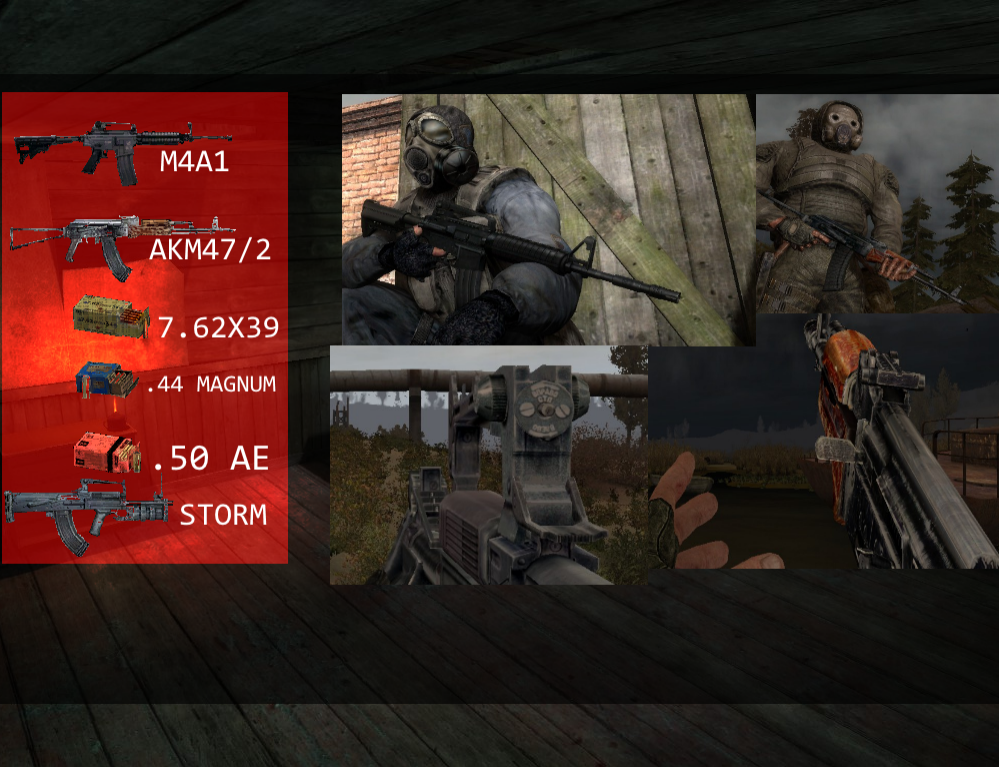 Carbine version of the M16 assault rifle, which uses 5.56 x 45 NATO ammunition with a magazine of 30 rounds. It is more maneuverable in combat at close range. Used mainly by Mercenaries

A modified version of the classic soviet assault rifle, comes with an skeletal stock similar to the AKM74/2, widely used by bandits and experiencied loners on the zone.

Now the player can attach and silencer to the AKM74/2u or you can add a silencer to the Black kite!, the player has the freedom to install the unattachable modifications to some guns, and the hit probability is increased to 100% so no more bullet spongeys.

Also the PMM and the PB icons are changed to the normal PMM and PB with wood grip, because the original ingame icon was the plastic version of the pistol instead of the wooden grip one like ingame.

The unique nimble weapon, Storm's icons has changed, now it will have a more 5.45 a-like magazine. 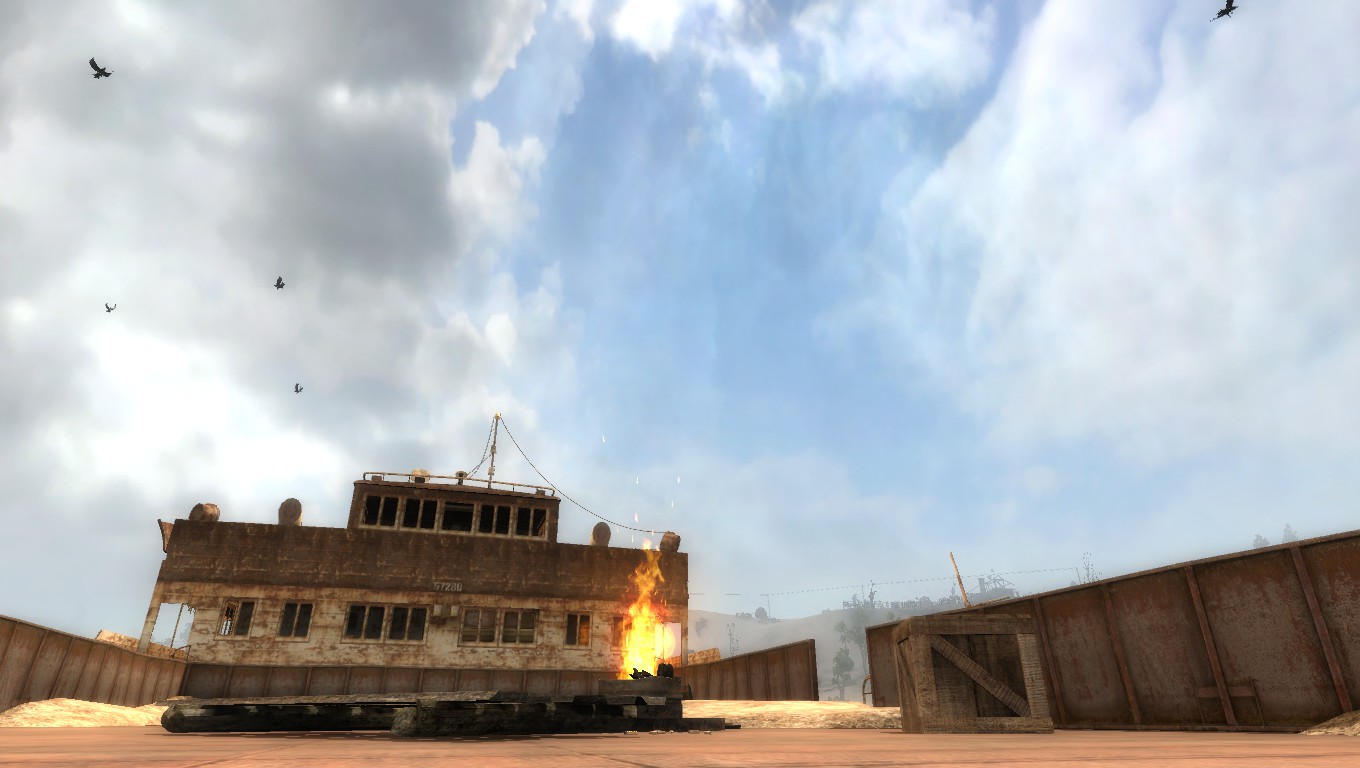 Stalkerskies is an old mod from SoC, adds new skies, and i ported them, CREDISTS to Cambragol, Nebarnix, gabl and Seb Przd, those 4 are good people.

What are you WAITING FOR?

COP:R IS NOW LIVE! and (changelog)

The mod is now alive, after all ,thanks to Stalker spain forums 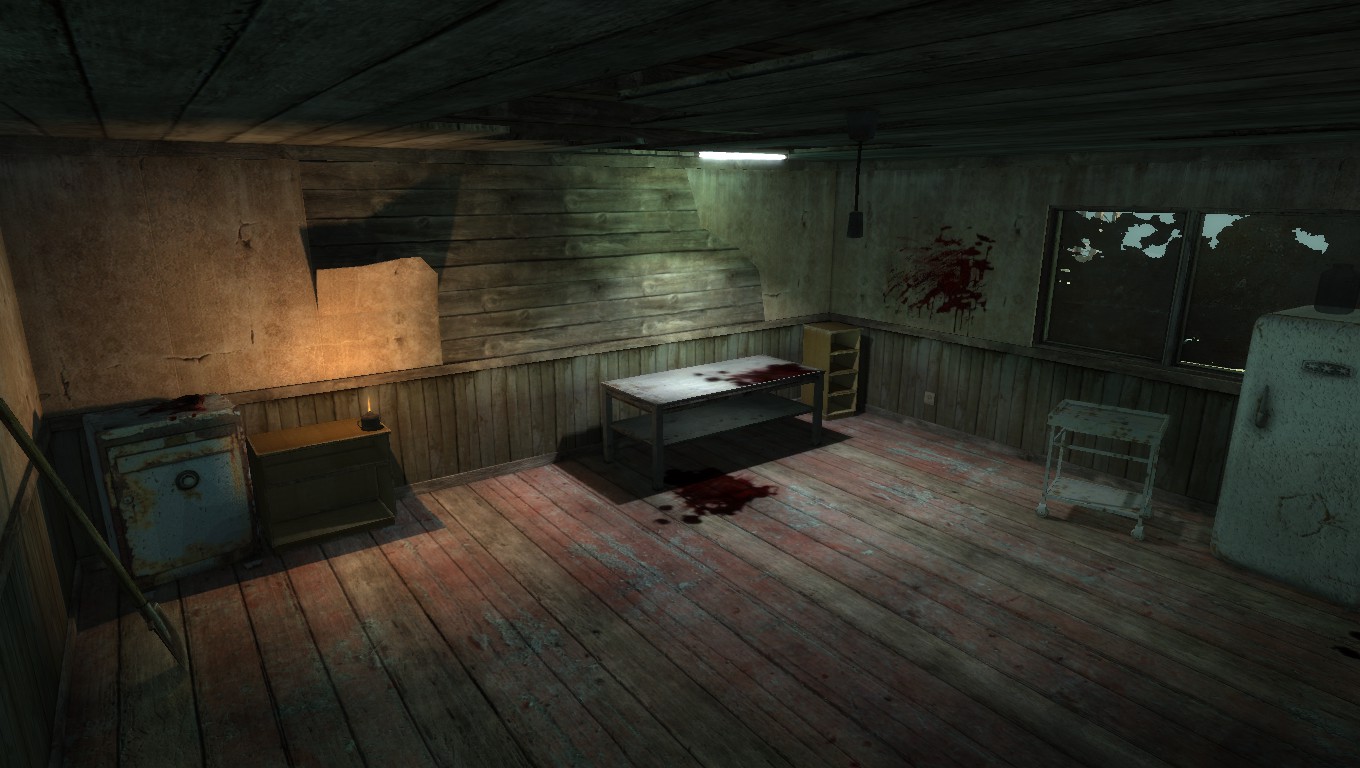 Can you use a previous save or do you have to start a new game?

Yes, but make a backup of your old save always.

Thanks for the reply! Also may i ask how to were able to get the new outfits like the mercenary and radiation suit in the game? I opened the outfits.ltx file in notepad and saw the added outfits but dont know where you found all the data for them. Im wanting to try to add the clear sky faction armors into the game.

Good mod!If you allow me i can use it for my VanillaPlus modpack next update.

My mini mod will be realsed today i will put your credits in..
Its called CompletePack mod and you can find it in articles called Stalker COmplete Mini