Butch Deloria is Back

This mod brings back Butch Deloria from Fallout 3 to Fallout New Vegas as a player companion.
Comes equipped with a brand-name Butch Deloria appearance, Tunnel Snakes outfit, Butch's Toothpick and a 10mm pistol.
Fully voiced, all badass, and cocky, and arrogant as ever!

Youcan find him sitting ant the bar in Prospector Saloon in Goodspring and after a short dialogue you can hire him.
If fired, he'll return to the same place.

I tried to voice all of the possible interactions, but regarding this comes from Fallout 3, there might be some slight inaccurancies, like him talking about going to Rivet City for a beer :)

***
This is actually his first and only try to make a game mod, and the version is 0.1, so there might be some bugs and stuff... However, I've been playing with him for some time already and havent encountered any problems. 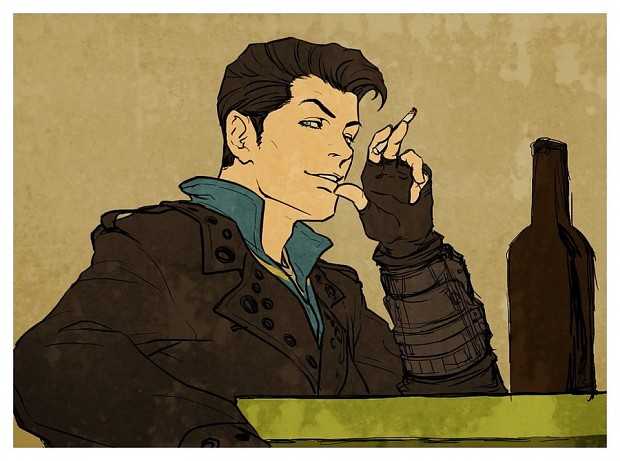 Butch Deloria is Back

Am OrochiX and this is not my mod I just get promotion to upload this mod to ModDb. You cant use this in your mod or upload on other site without nkAlex...

does the mod still work? I tried to install with nexus and it ain't working

Wait, that Tunnel Snake image... That's the Terran Republic Symbol behind the snake :/

I have add first video about Butch made by TheHermit, nice guy

I think Gophers Lets Play Fallout 3 : Ch 2 Episode 19 made him do that.
"Butch would make it in Las Vegas." :P

Mass Effect mod for Fallout New Vegas that brings armors from ME1 to the game.

Automatically configures fonts for Darn UI without going into the INI's and doing it manually.

NOTE: this are not GOD weapons (there is just one) this are just weapons that I have created for fun, they have new projectiles, sounds, they use different...

The NCR are the New Californian Republic and their objective is to civilize the world by bringing the rule of law to the ruin and decay of the wasteland...

This is my collection of mods for Functional Post Game Ending.

BOE is a modular content pack for Fallout: New Vegas that enhances your experience in several major areas. It is highly modular and can be configured...

Single Player
Tags
Embed Buttons
Link to Butch Deloria is Back by selecting a button and using the embed code provided more...