"Dude i got my ass kicked hard by AI, what terrible news indeed"

This mod is continue mod work from Better Aggresive CAI for Rome 2 V 2.1. While many CAI code from Rome 2 is gone i need to adapt with the change,but the concept is still same and its work flawesly. You can even try the vanilla game without any mods and feel the effect .The mod itself constanly updated with every update come new improvement, little by little its truly transfrom CAI into force to be reckoned with. 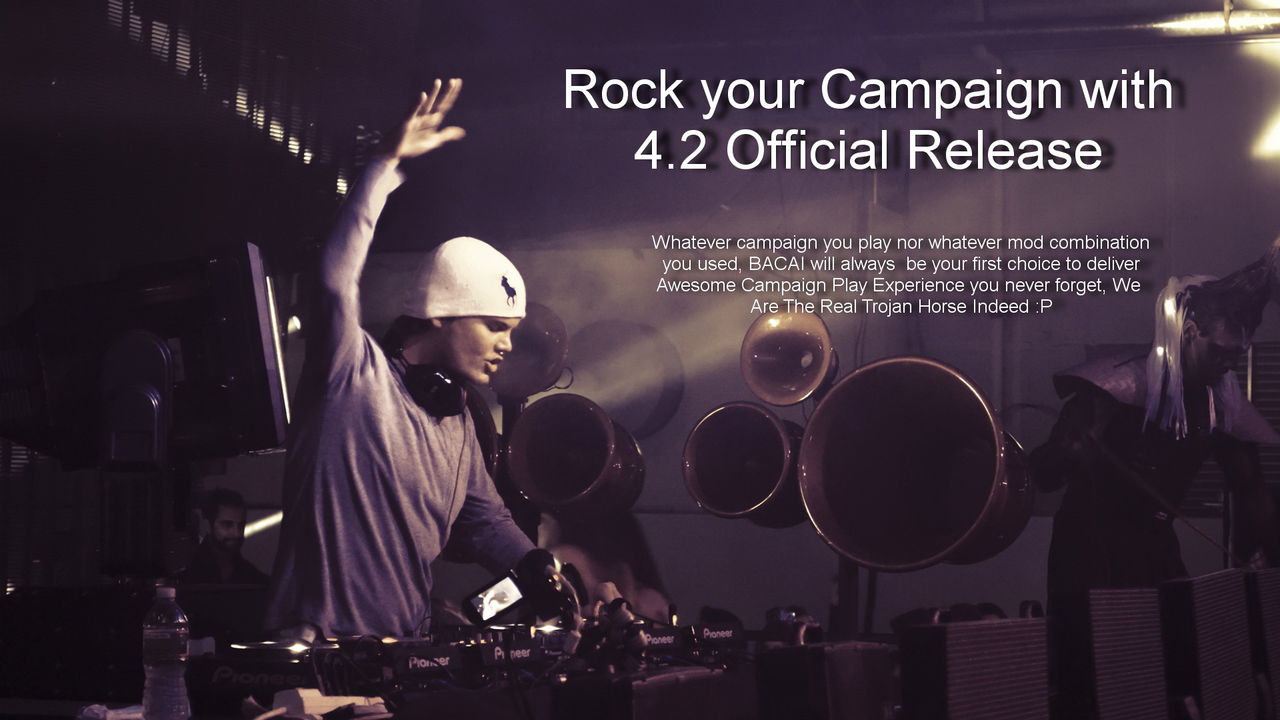 Now actually CAI part on Attila get very huge attention from AI designer, and its good news, since i only need to transfer all current data from Better Aggeresive for Rome 2 into Attila. The sad news, is there is actualy some important code from rome 2 that actualy dont used again, gone the old data from Empire era. If you think Vanilla Attila CAI is good, then you will be suprised how its can achieve even better by optimize it properly,CAI will forced to use up to the maximum of his ability to expand and destroy player and other faction like usual

The Goal of this mod is :

- Create a mini mod so it can fit with any mods as much as possible, without alter them to much, so if you play any mod that been created by any modder in Attila modding scene, each of this mod, have many different table either units speed, different morale,different stats, you can still taste the mod flavour that has been hardly created by respective modder itself.
- If someone just want to play pure vanilla Attila ,this mod can satisfied them, because its offer more difficult CAI player can handle, some essential fix like food,and some important element. Plus it work for every Campaign.
- Its denied possibility to abuse CAI via diplomacy system where your can manipulate CAI like holding fake Alliance while your real power travel into far away land, sacking, razing and doing god forbidden act,It will not happening here, since your dear neighbour will betray you 100 % and take golden chance to attack where player are vulnerable, the only question is WHEN ?

Notice the AI do fail to capture Eboracum, you can count how many turn gone , also notice the AI is still trapped between need to sack, raze, and even they managed to occupied, its already poor and broken land due to much sack happen on there.

See Eboracum fall just turn 2, notice how many action happens during turn 1 , and all of them happen with AI actually own the city with ease, and this WITH SACK AND NUKE OPTION OPEN.What more the AI now has been balance between expand and defending its current territorry, by trying expand in short and close territorry,easy to attack , easy to guard. They can create proper large kingdom eventually, notice how AI perform well with lots of proper siege equipment during siege battle, rather rush to death like usual by try dig their way just from one broken gate :XD

This is special effect mod created by me, for fun only, its enable both human and AI to access special heavy tower early on, each tower have different ability .Remember you can only use one type of tower at time.Its will show the effect on Heavy tower, not medium or light tower, and relax you already can use heavy tower from turn 1, including the AI also

My personal recommendation is combined it with BACAI using Artillery version, since you need some raw fire power from Garrison Onager to stop this monster tower,terrorize your city wall.Buts is up to as player anyways :XD

Your oriental recipe of flaming rock tower, quite balanced againt human or building

Full Credit to my friend and fellow Indonesia Modder :

To promote Better Aggresive CAI for Attila and grow its popularity (top mods), use the embed code provided on your homepage, blog, forums and elsewhere you desire. Or try our widget.

Total War - A Game of Ice and Fire

A Game of Ice and Fire is going to be a continuance/overhaul of the great Seven Kingdoms Total War, I intend to expand on the work BM and me did over...

ADDITIONAL UNITS MOD - ATTILA (AUM-ATT) 2.7 adds 40 custom units to Attila. The list of the units is listed at the comments section below. It unlocks...