On this week update i will represent to you, the Elven Faction, and all its new features in BotTA mod

Elven faction has the fastest units in the mod, but not wery strong buildings as the most of them are made from wood. Elven infantry, though wery fast and agile, is not so strong so you will mostly rely on archer units as Elven faction has the best archers in the game. In order for Elven faction be unique in gameplay, lots of changes have been made so it differs alot from vanilla game. 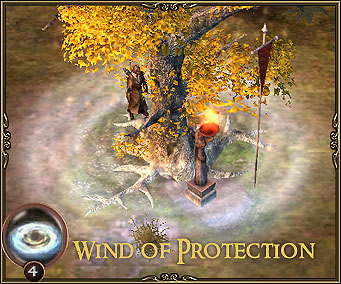 "Farsight" has been replaced with "Glance of the Stars"

"Arrow Wolley" has been replaced with "Elven Rings of Power"

This passive ability allows Galadriel, Elrond and Cirdan to gain their Rings of Power. It also gives various bonuses to your buildings.

"Tom Bombadil" has been replaced with "Lorien Tree House" 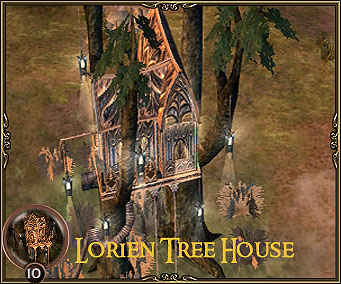 "Cloud Break" has been replaced with "Light of the Golden Wood" 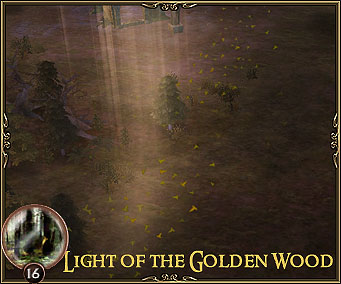 You can only unify with the one of the realms and each of them brings different bonuses to the main faction.

- Rivendell
Rivendell is the home of Elrond and the rest of the Noldor Elves in Middle Earth. If you unify with Rivendell you can build Guardhouse, from where Rivendell Heroes, Units and Upgrades are available. 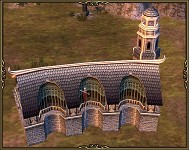 By unifying with Rivendell, your tactics automaticcaly changes, because "Forged Blades" and "Elven Armor" are available only if you build Guardhouse and buy "Ancient Lores" upgrade. But you cannot buy "Silverthorn Arrows" upgrade, so your strategy will then concentrete on melee combat.With Rivendell unified, you can recruit Elrond, Arwen and Glorfindell. Noldor Veterans and Rivendell Lancers are also available.

Also, if you unify with Rivendell, all Lorien your units gain 10% Damage and Armor bonuses.

Mirkwood is the home of King Thranduil, his son Legolas Greenleaf and Wood Elves. All Mirkwood Units are permanently stealthed since stelath and surprise is their main strategy. If you unify with Mirkwood, you can build Mirkwood Haven, from where you can recruit Mirkwood Heroes and Units.

By unifying with Mirkwood, your strategy will mostly concentrate on sealth and ranged combat, as you can train Mirkwood archers from Mirwkood Haven(who are doubtless the best archers in the game), and "Silverthorn Arrows" upgrade is available. With Mirkwood unified you can also improve you economy by upgrading "Mirkwood Treasury" which allows Mallorn Trees to produce resources by 15%.

Also, if you unify with Mirkwood, all Lorien units gain 15% Speed and Range bonuses.

Though the power of Lindon was lessened in the late Third Age, it was still the home of the great number of Elves and Cirdan the Shipwright also. He sent the help to his kinsman whenver it was needed.Lindon is not a regular minifaction but rather a summon. Once you unify with one of the Realms you can permanently summon Cirdan and few battalions of Mithlond Sentries. 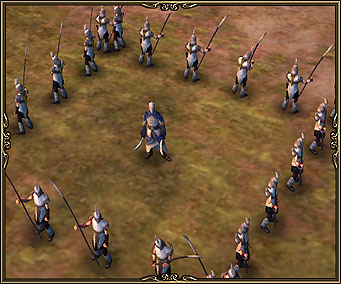 - Ents
Ents are the siege units for Elves. Though slow and limited in numbers, they are the most powerfull siege units in the game. They are treinable from the Entmoot which is awailable for comstruction once you upgrade "Awakening of the Ents" from the Fortress.

Along with new textures, Elven heroes recieved some new abilities, in order to help them in their role in the gameplay and bring them closer to the book lore

Lothlorien Heroes
Celeborn - Celeborn is the leader of the Galadrim and he provides the leadership for all Lorien units. He can also increase their experience with "Knowledge of Celeborn" or stun enemy units with "Light of Elbereth" which makes him an exellent support hero. He wears an enchanted Silver blade which can deliver massive magic damage when it power is invoked, or summon "Wind o Lorien" to slow and confuse enemy units in large radius, or even kill them if they are too near.

Haldir
- Captain of Lothlorien, exellent with both sword and a bow. He is the cheapest Elven hero and usualy your first to recruit as he has exelent abilities for the early game. He can kill any monster with his well known "Golden Arrow" which also deals bonus damage to Ringwraiths. He can help your defences with "Flet Tower" which summons a defensive tower anywhere you choose until it's destroyed. He provides leadership to Lorien units and can summon a group of fully upgraded Galadhrim warriors at level 10.

Rivendell Heroes
Elrond - One of the most powerfull Elves in all of Middle Earth. He is the keeper of great knowledge and wisdom and he is one of the strongest heroes in the game. Because of his great knowledge, he can use many powers. As the Warden of Imladris he can support your heroes, mainly because of "Wisdom of Elorond" which allows nearby heroes to gain Experience twice as fast, and with "Tolo dan nan Galad" which heals and recharges the abilities of the targeted heroes. At level 10 he can be very dangerous as he can summon a great Whirlwind with his Ring of Power. After the "Might of the Elf Lords" upgrade he puts on his armor and becomes the army leader and can provide leadership for all Elven units. He also gain new abilities in order to help him fullfil his role as the army leader.

Arwen
- Daughter of Elrond, skullful with a sword and gifted with healing ailities, which he inheritted from her father. He can heal nearby Heroes with "Elven Grace" or even a small number of units with "Blessing of Imladris" which also stuns and debuff enemies, wich makes her an exellent healer and supporter. Although he is weak in armor, he can be very dangerous if she reaches level 10, because she can cast "Fury of Bruinen" which summons a flood that crushes ewerything on its path, and is especially strong against Ringwraiths.

Glorfindel
- Glorfindel is an ancient Elf with immense power, second only to Elrond. He is a figher hero, mainly because of "Blade of Purity" which increases his damage and frighten enemies whenever he strikes, and his "Revealed in Wrath" he inspire fear in nearby enemies and can also stun and debuff Ringwraith. He rides his horse Asfaloth and can provide exellent leadership to Elven cavalry. As he was resurected by the Valar, he gained some very usefull powers. With "Starlight" he summons a white light which hals allies in large radius and debuffs enemies, or with "Valar's Retribution" he call uppon a red light from the sky to burn the enemy. Also, he is the only hero in the game who does not require any resources when he needs to respawn.

King Thranduil- The King of Mirkwood and a father of Legolas, he has a great knowledge of the powers of nature. Because of that, he can summon a fog around him which heals his allies, or summon wild forest roots from the ground to destroy any enemy that comes near it. After "Might of the Elf Lords" upgrade, he can summon his royal guardians or, on level 10, he can summon a small group of Oak trees, surroundeed by a thick fog in which Mirkwood archers are hidden. Oak tree can be garrisoned and can summon "Underground Roots" to cripple enemy units for a short time. Theese powers makes Thranduil the best summoner hero in the game. As King of the Woodland Realm, he provides leadership for Mirkwood units and can increase their Experience with "Thranduil's Guidance".

Legolas
- Son of Thranduil and a member of the Fellowship. Legolas is doubtless the best archer in the Middle Earth and becase of that, the best ranged hero in the game. Not very strong in armor but immensely strong at range. His well known "Hawk Strike" can bring down small number of enemy units or deliver great damage on a single target or with "Arrow wind" he can bring down multiple enemy in a madium radius. He is an exelent scout because of his "Elf Eyes" and can imrove his damage and range when he gains "Bow of the Galadhrim".

Lindon Heroes
Cirdan- The oldest Elf in all of Middle Earth and its past ages. Cirdan is great in both power and wisdom and has fought countless battles. Cirdan has the ability to manipulate water, which allows him to cast "Waves of the Haven" upon his enemies, summon a wave in form of a big Elven ship, to crush enemy buildings, or slightly heal allied heroes with "Healing Splash". 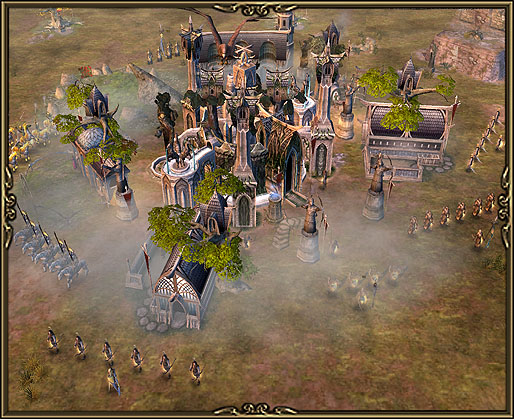 I loved details of your mod that haven't thought by anyone.I look forward to play with elves :)Only thing i afraid is balance.What can you say about it?

where are you MorgulLord?You don't seem on moddb.

Hi, in version 3 there is no way to obtain subfaction for elfs. Is it a bug or intended?