The Battles of Gondor aim is to try to bring back the fun that bfme1 made. This mod is for Rise of the Witch King. Factions: Rohan - Plenty of cavalry units, with some infantry support and strong heros to lead them. Minas Tirith - A well balenced side, with heavily armoured infantry. Souther Fiefdoms - A huge seletion of infantry with limited but strong cavalry. Elves - Plenty of archer units with some skilled swordsmen. Mordor - Plenty of orc and troll units, numbers is their strength. Isengard - Orcs and wild men are now isengards early game units, with plenty of uruks for late gameplay. Evil Men - Plenty of stealth and assasins make up part of their army. the rest is taken up by their huge infantry devisions. As this is a war in the south mod, Dwarves, Goblins and Angmar have been replaced. So you could call this a total conversion. Every faction has plenty of new units and heros and reskins. i have given everything a "makeover".

Battles of Gondor, a mod for Rise of the Witch-King, adding new and reworking old factions. 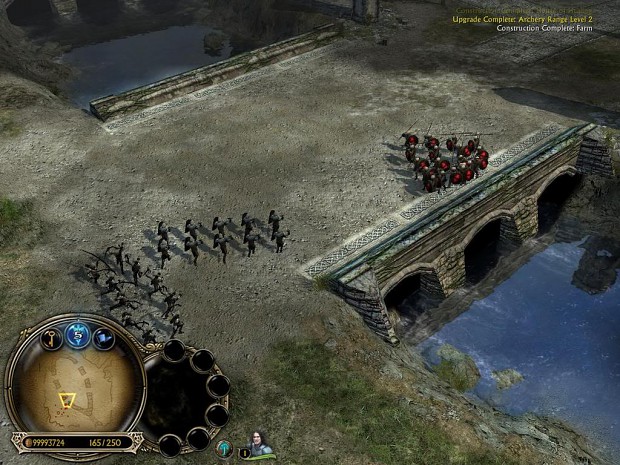 The installer is broken. I click the button to install and i see a install screen half finished that does nothing.

Hmmm, it works here. It just stays at 50% for a while, then suddenly finishes the setup process.

the installer didn't work: there is only the uninstaller installed on my computer.

But some of the units/buildings/icons in game are a pinkish purple colour and some units are completely invisible.

Anybody know what I can do?

nice mod! thank you very much! I play for Rohan and Minas.
But house of armors of Rohan is not work =(

The Fellowship Other with 526 members
Tags