Today the Battlegroup42 team wants to present you a project, which after nine months reached its final stage. It began on Christmas Eve last year, when our modeler RuppDee came up with the question whether it would be possible to create a dogfight map for the mod, on which biplanes are fighting each other. The idea was enthusiastically accepted - but where were we supposed to place the map geographically, and where could we get the models?

A solution for both questions was found eventually. The only place in question was the Far East: During the Soviet–Japanese border conflicts in the late 1930s, large numbers of biplanes were used by both sides. This also applies to the Spanish Civil War and the Balkans battles between Italian and Greek biplanes. But in the first case, our mod lacks the required troops and equipment to create a Civil War scenario, and in the second only a few biplanes were involved, so there wasn't a real large scale air battle.

But the Far East scenario provided everything we needed: We met the requirements, and large numbers of biplanes were used. The only thing missing were the planes themselves. The first of those models was kindly donated to us by the FHSW mod team. It's the Polikarpov I-153, an outstanding fighter plane for its time, and predecessor of the legendary monoplane I-16 "Rata". The I-153 as well as the I-152 and I-15 were used in large numbers against the Japanese and played an important role. They were sturdy and agile, had a satisfactory flight performance and were well armed for this time, carrying four 7,62mm machine guns. For the Russians they fought for and eventually achieved air superiority during the Battle of Khalkin Gol. It also saw action in the war against Finland and at the beginning of the German attack on Russia many I-153s were still in use by the Soviet Airforce. 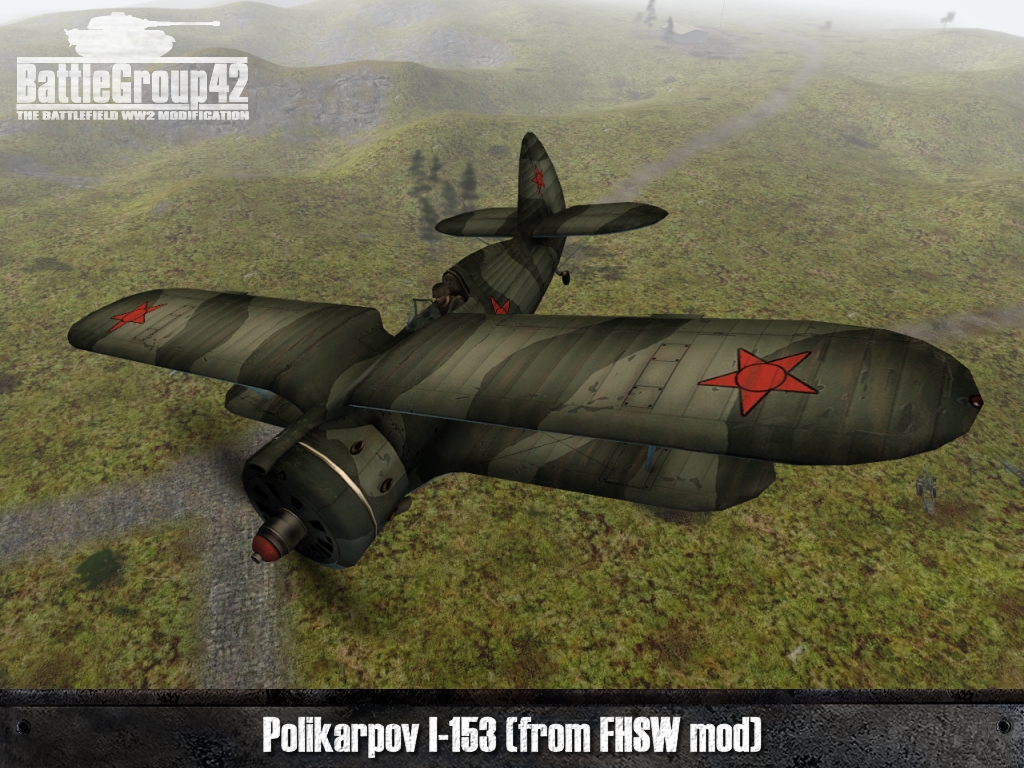 The I-153's opponent in our air battle scenario is another excellent fighter plane of the prewar era: The Kawasaki Ki-10 represented the peak of the Japanese biplane development and was the final biplane fighter of the Japanese Airforce. It was approximately as fast as the I-153, but much more agile and had a better rate of climb, mostly due to its lighter weight. Featuring only two 7.7mm machine guns it was rather poorly armed though. The Ki-10 not only saw action during the Battle of Khalkin Gol, but also proved itself during the Second Sino-Japanese War and was flown until 1942 serving as a short-range patrol and reconnaissance plane, as well as pilot trainer. Therefore you'll find it on other maps as well in BG42 final. 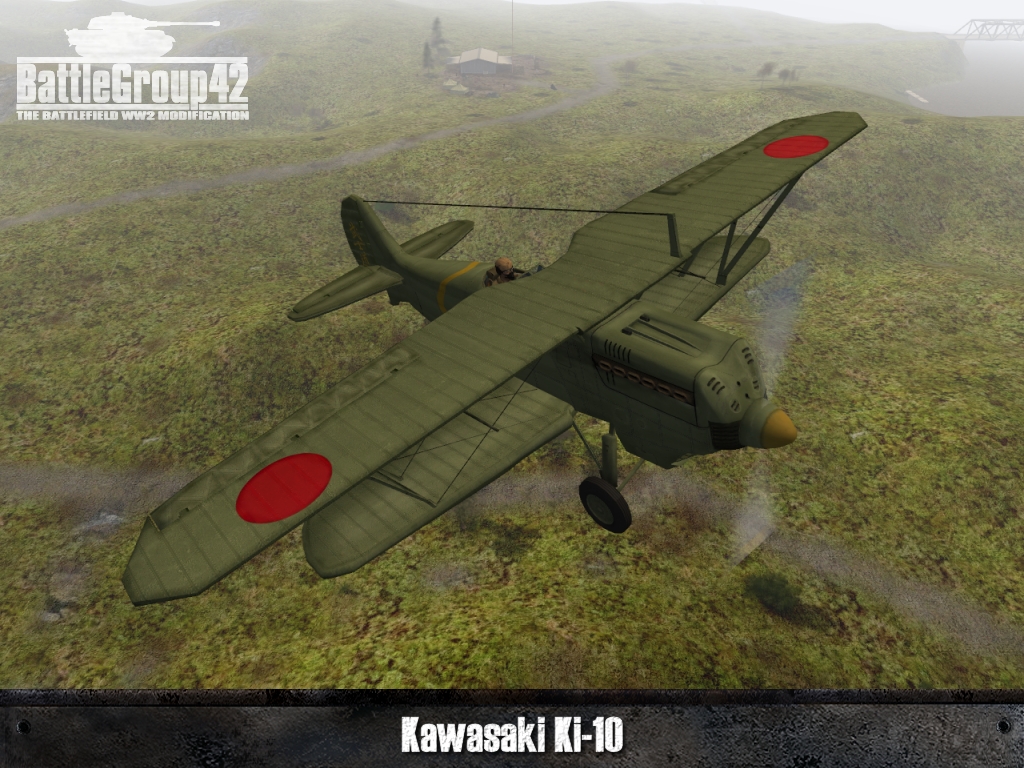 RuppDee created this beautiful plane, and he's also responsible for the next two biplanes. They too will fight one another on the dogfight map, but can also be found on other appropriate maps. The first one, on the Japanese side, is the Kawasaki Ki-3, a two-seater light bomber and the last biplane bomber serving in the Japanese Airforce. This plane was widely used in the prewar era, mostly against the Chinese. It could carry a payload of 500kg of bombs beneath the wings, and was equipped with a forward firing, fixed 7,7mm machine gun firing through the propeller, and one 7,7mm machine gun in a dorsally mounted flexible mount. It was considered a rugged ground-attack aircraft. 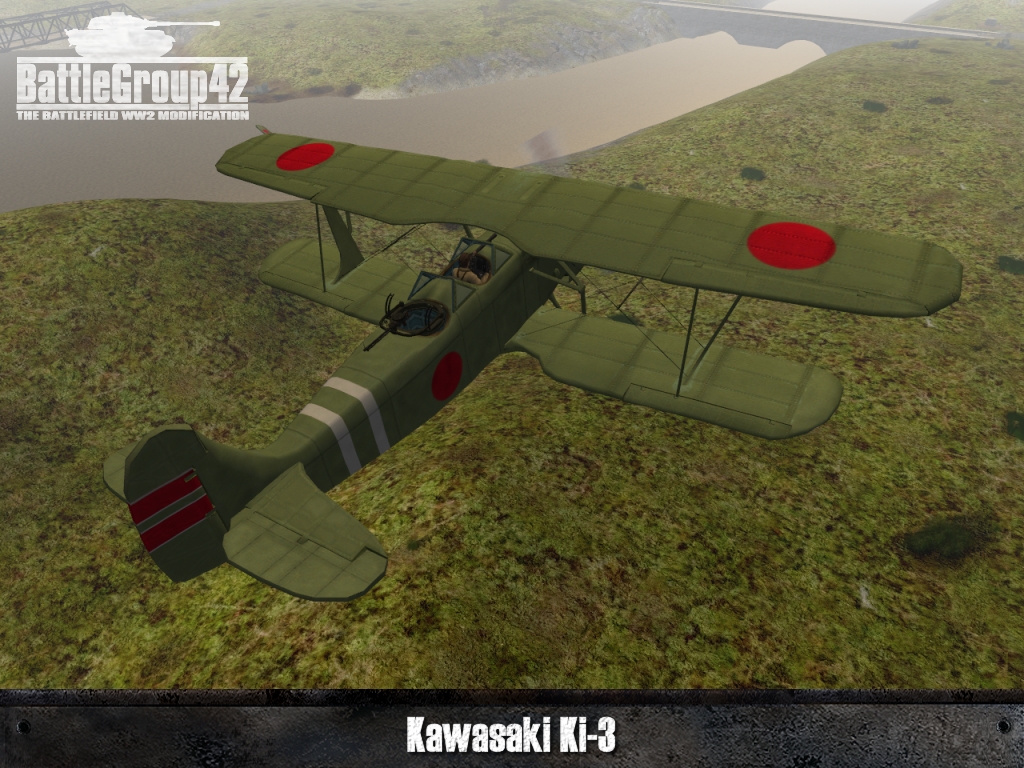 The counterpart of the Ki-3 will be another legendary plane - the Polikarpov R-Z "Natacha", the final model of the R-5 series. It too was a rugged, lightweight two-seated bomber, wherefore it was used far into the Second World War as a ground-attack aircraft and night bomber. Only one plane was lost in the Battle of Khalkin Gol. The R-Z was able to carry 400kg of bombs, a bit less than the Ki-3, but it was faster. The plane is equipped with one fixed forward firing 7,62mm machine gun synchronized with the propeller and one flexible mount carrying a 7,62mm machine gun located behind the pilot. The R-Z could fly so low and slow, that more modern monoplane fighter planes risked a stall when pursuing them during an attack. 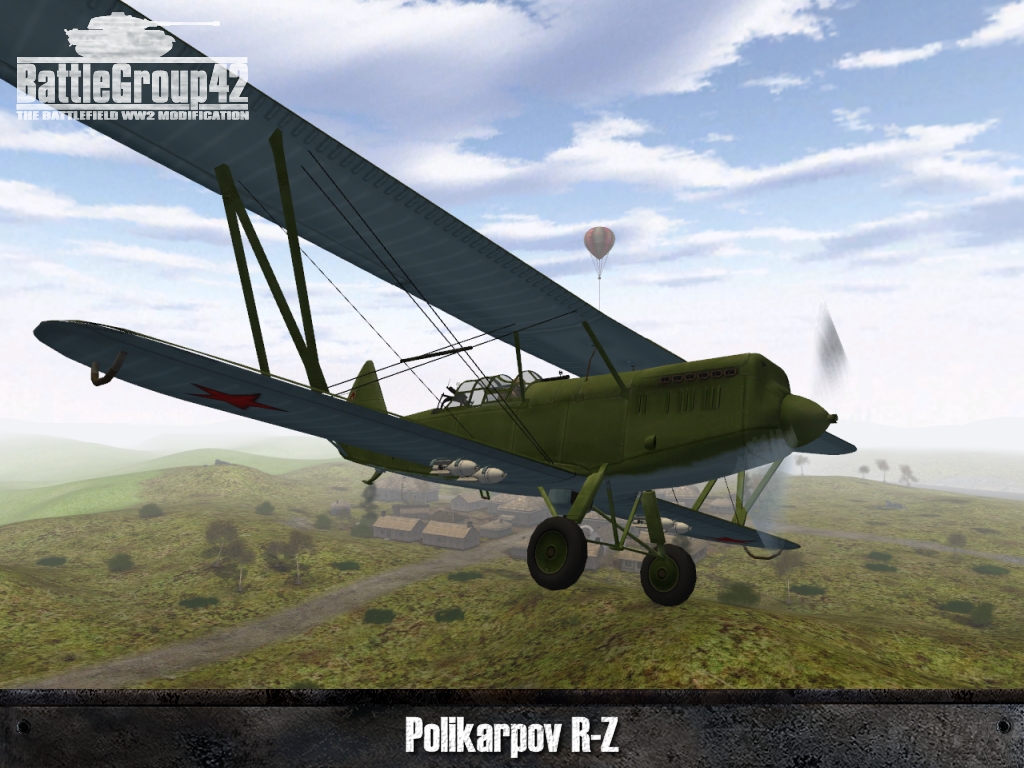 We're sure that not only aircraft enthusiasts will have a lot of fun on our biplane dogfight map. Despite being something of a refreshing variety, those new and unique planes also allow us to equip our early war maps with more authentical equipment. They also show the huge technological leap ahead in aircraft design in the ten years between 1935 and 1945. More news about the final BG42 version are already waiting in the pipeline, so make sure to check out our website from time to time!

OMG! Those are some of my favourite planes ever! And also very needed for interwar maps in the game.