Welcome to the latest Battlegroup42 news. First of all, we want to thank you for the positive resonance to version 1.8 Beta. Our special thanks go out to our testers, who already helped us tracking down and fixing several bugs. Although the current build is running quite stable already, we're asking you to please continue posting bugs and problems in the forum. Since the next release of Battlegroup42 will be the last for the Battlefield 1942 engine, we want to release the best version ever.

We've mentioned the forum already. As most of you know, we had severe problems while updating the website and forum software, resulting in a database crash. We were forced to set up a completely new database, website and forum. But this also gave us some advantages, since we were able to integrate new/re-worked content. There's a Teamspeak 3 server available now, and a gallery has been created showing objects inside the mod. The "vehicle handbook", with lots of background info on the vehicles used in Battlegroup42, is currently being rebuild, although only in German at this time. There'll be further additions in the future.

But we were not only busy hunting down bugs, but were also working on several new models. We'll present you two of them today:

The first one is the Somua S-35, a medium tank of the French Army whose production started in 1936. Armed with a 47mm cannon and one coaxial machine gun, well armored and mobile, it proved to be a serious threat to the German troops during the Battle of France. But its qualities couldn't be played out in full capacity, since the French didn't concentrate their tanks on central spots like the Germans did. Some S-35s were used by the French in Africa too and the Wehrmacht used captured S-35s in occupied areas and Russia. 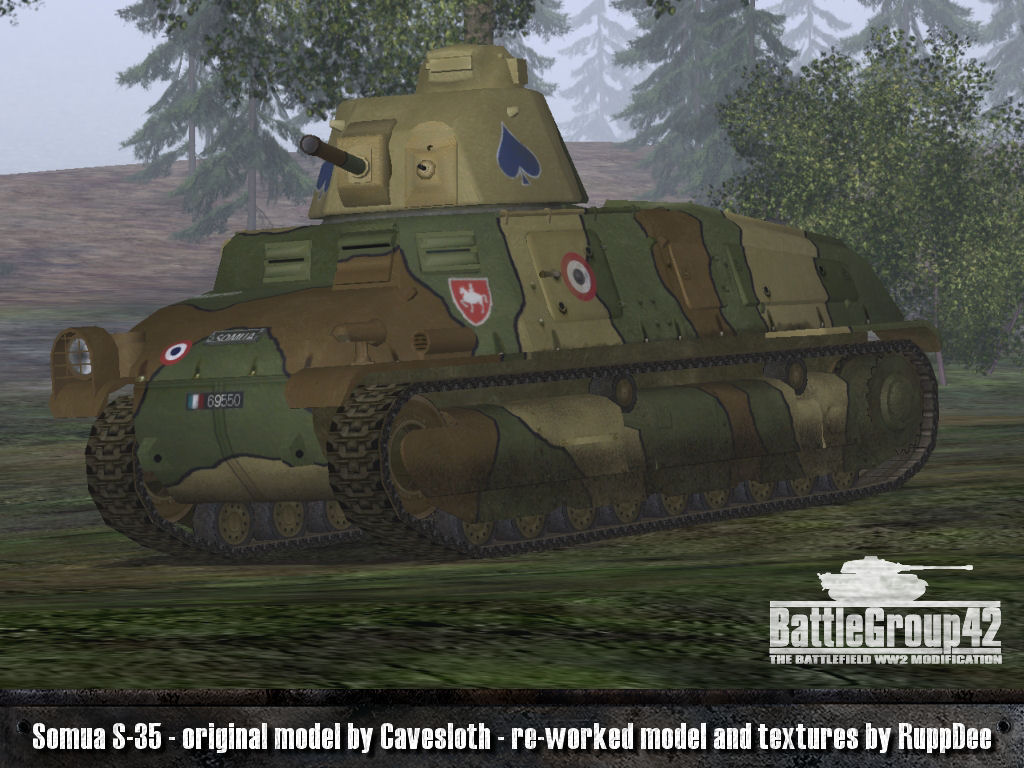 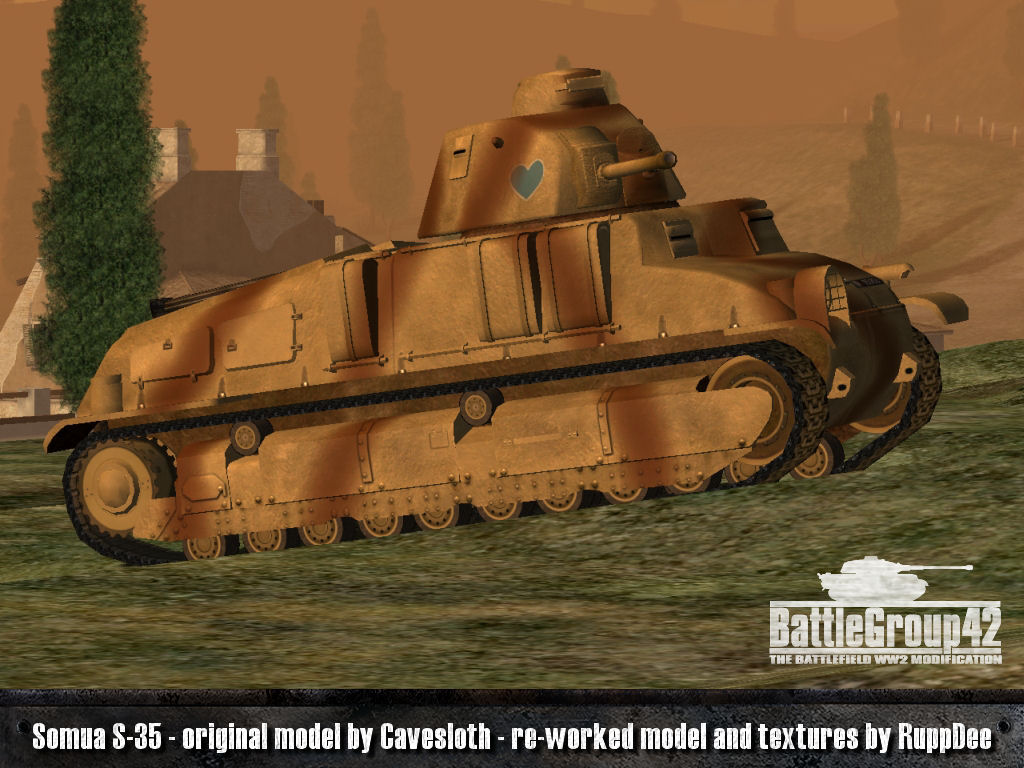 The unfinished model was once done for BGF by Cavesloth, and laid dormant on our FTP server until our member RuppDee took it into custody. He reworked the model, added several details and created several textures for it. It was brought ingame by our coder Sarge31FR.

From the Blitzkrieg of 1940 we're now advancing into the year 1944. In this year our second model arrived at the front: The A34 Comet. This British medium battle tank was developed as the successor of the Cromwell. It was better armored and armed than its predecessor, equipped with a 77mm cannon.
This cannon was a variant of the highly effective British 17pdr anti tank gun which was also used in the Sherman Firefly and the tank hunter Achilles. Since the Comet's series production started rather late, at the end of 1944 only a few units were equipped with the Comet. But the Comet's combat performance was excellent and it served with the British forces up into the 1950s. 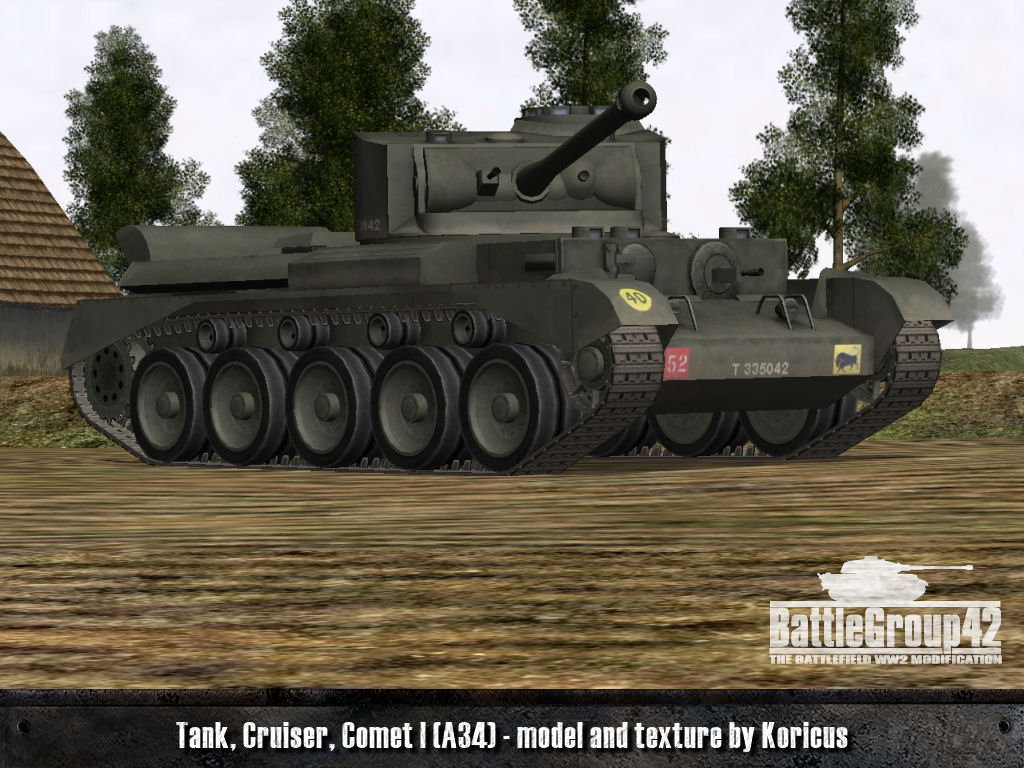 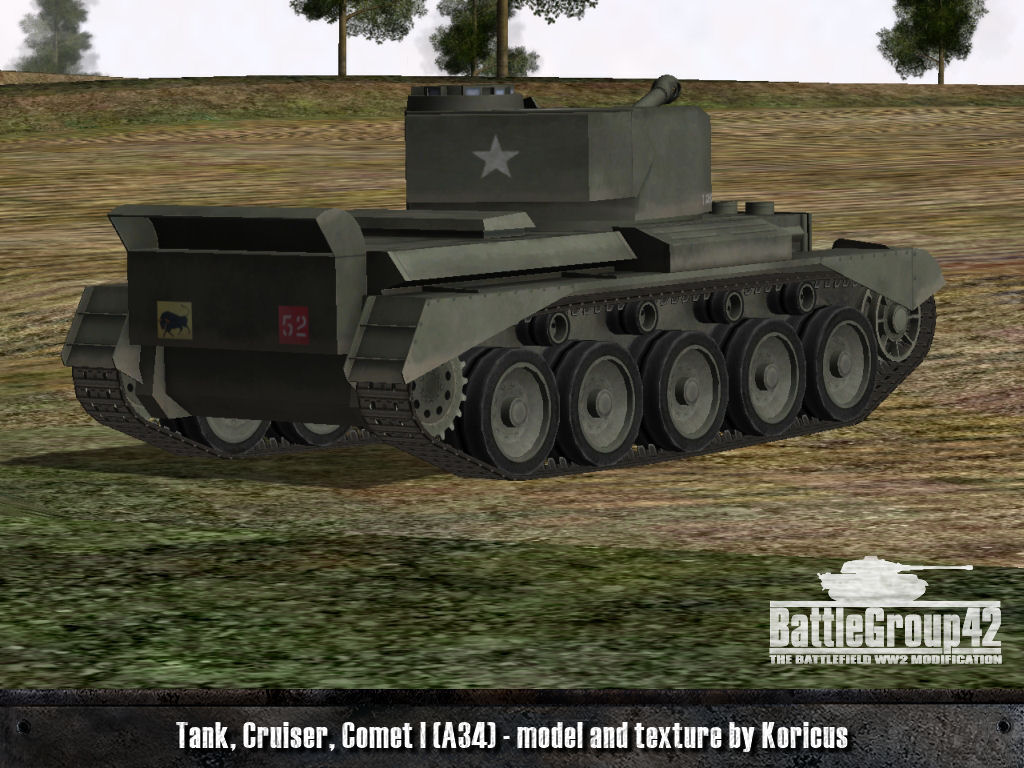 This model also has a long story. It was created by Koricus, but got lost during a HD crash. Fortunately, Koricus recently found an old USB stick which contained some of his data (including other models, which we will show you in later news), so that we were able to provide the British with this nice tank.
Again, Sarge31FR was responsible for getting the model ingame.

In closing this news, we want to answer the mostly asked question at the moment, which is when the final version of BG42 will be released. The usual answer is "when it's done", but we can at least narrow it down to "in several months". There's still a lot to do, a lot of things to be finished. But the result will be worth the wait.

That is awesome news

This is such an excellent full conversion, I'm curious what you all will do next after this.

The comet is fantastic¡¡¡