It's time for another news update on the final release of Battlegroup42 ! We're quite surprised that we're still able to find new content for our already extensive mod. In the past few weeks we were able to integrate three new, rather unique planes, which we'll show you in this news.

The first plane strenghtens our Australian forces: The CA-12 "Boomerang" was a single-seated fighter and close support aircraft which had been developed in a record-breaking time by its developer CAC (Commonwealth Aircraft Corporation) in 1941/42. Back then, Australia was threatened by a Japanese invasion and air raids, and therefore in desperate need of fighter planes. With the situation given it had been very difficult to obtain planes from the USA or the UK, so CAC came into its own and started designing a new fighter. The Boomerang handled well, and was very well-armed with two 20mm Hispano or CAC cannons, four 0.303 in Browning machine guns and could be fitted with bombs. But the Boomerang's low top speed and poor high altitude performance made it rather useless for its intended role as interceptor. It eventually found its niche as a close support aircraft for the troops on the ground. In this role it was successfully used in New Guinea, the Solomon Island Campaign and the Borneo Campaign. Our model was created and textured by RuppDee. 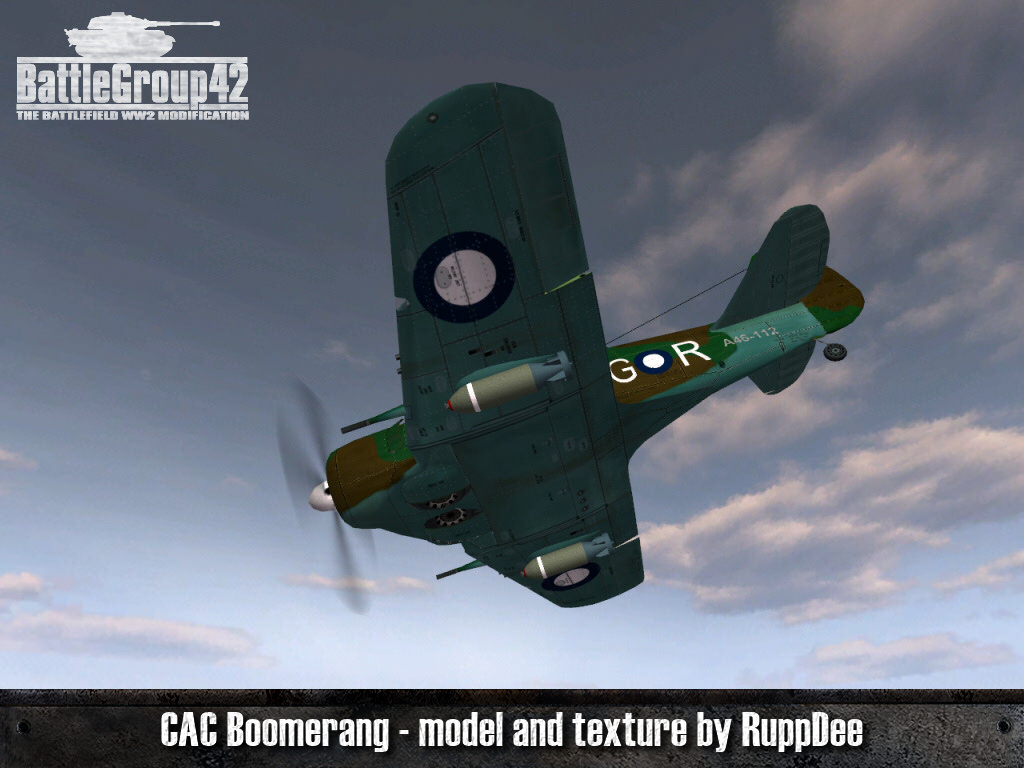 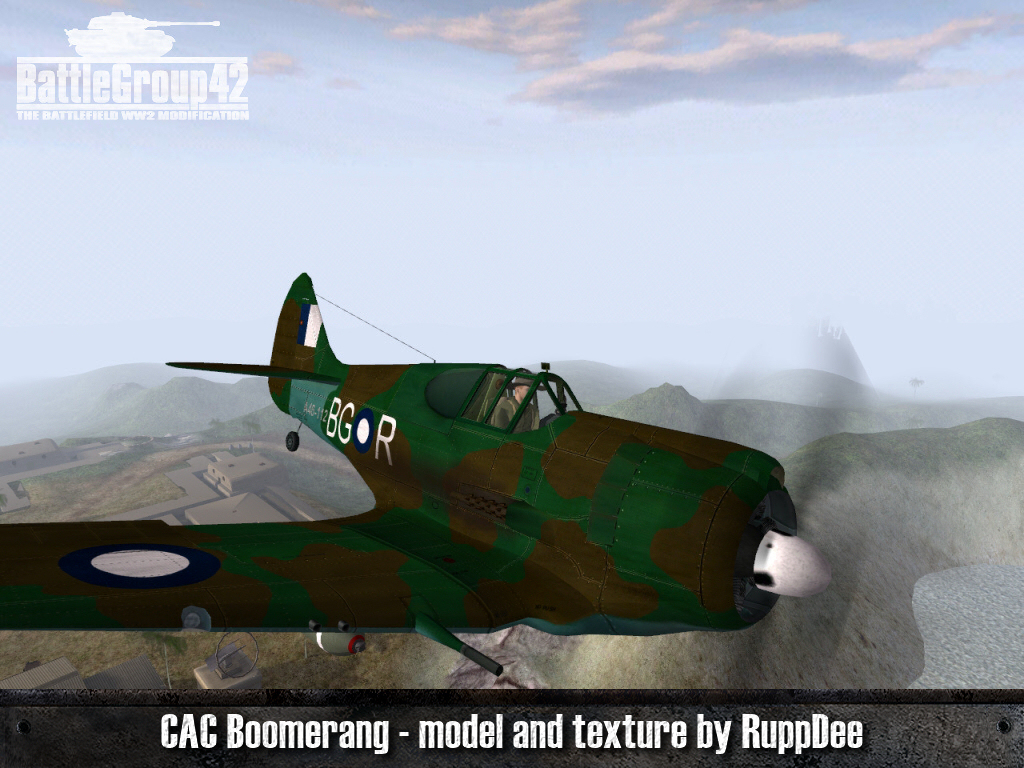 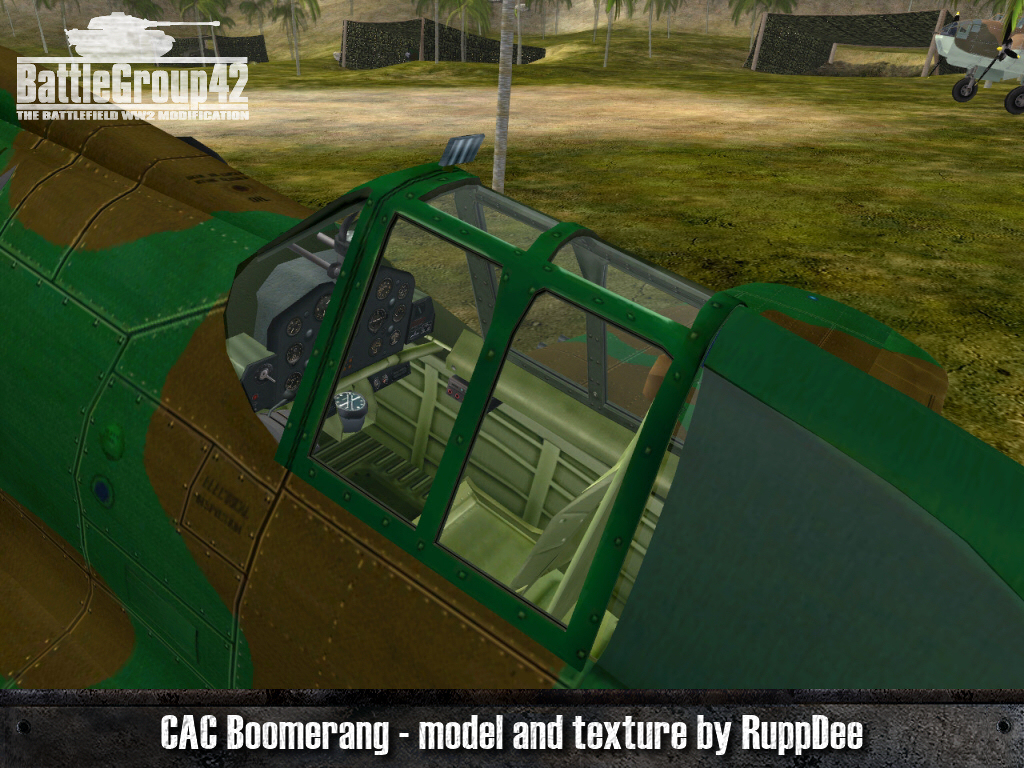 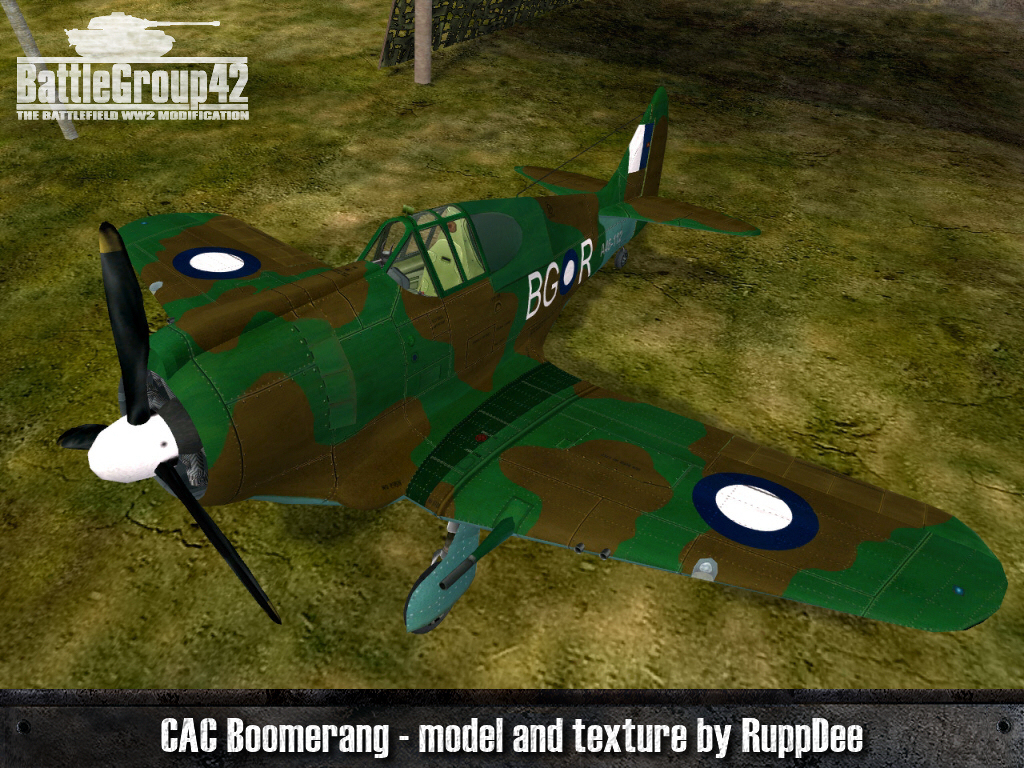 Our next plane comes from Klallo, an artist not belonging to the BG42 team: The Grumman J2F "Duck", a four-seated amphibious biplane, which was used by the US forces for mapping, scouting/observation, anti-submarine patrol, photographic surveys and reconnaissance, and target tug duties.

In Battlegroup42 this nice model replaces the "Wildcatfish" on the warship catapults, since it was only an interim solution in BG42 and only existed as a prototype in reality. Our "Duck" is a F-2 version, armed with a forward firing .30 cal Browning machine gun, a dual .30 cal Browning in the rear cockpit and small bombs. 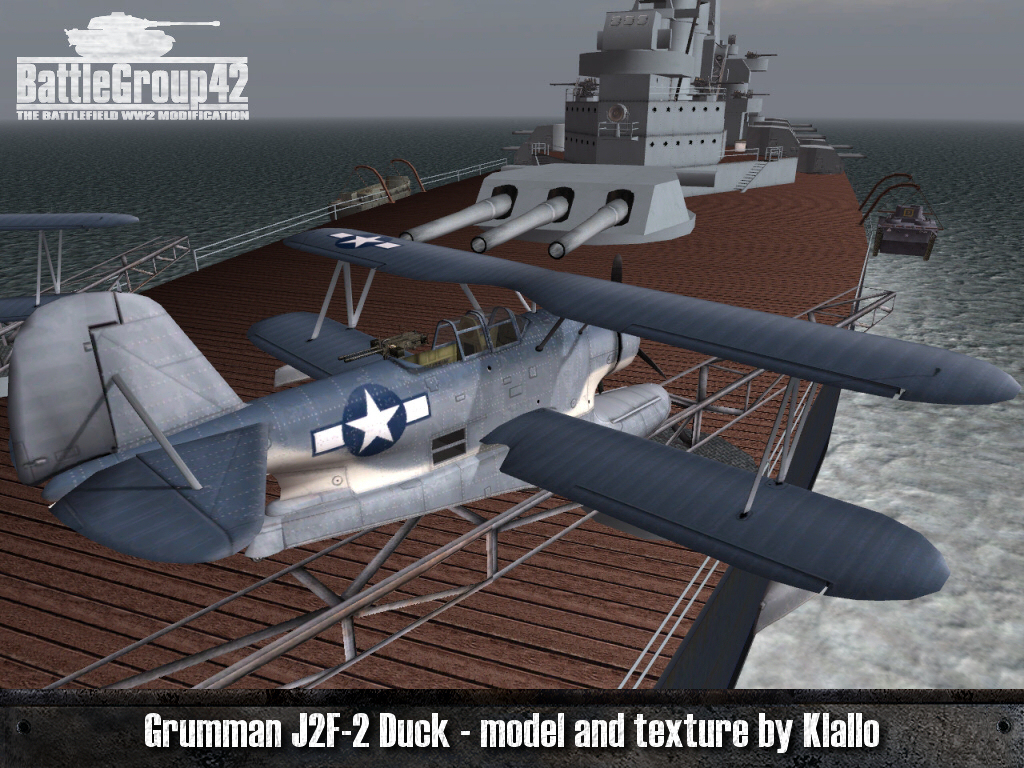 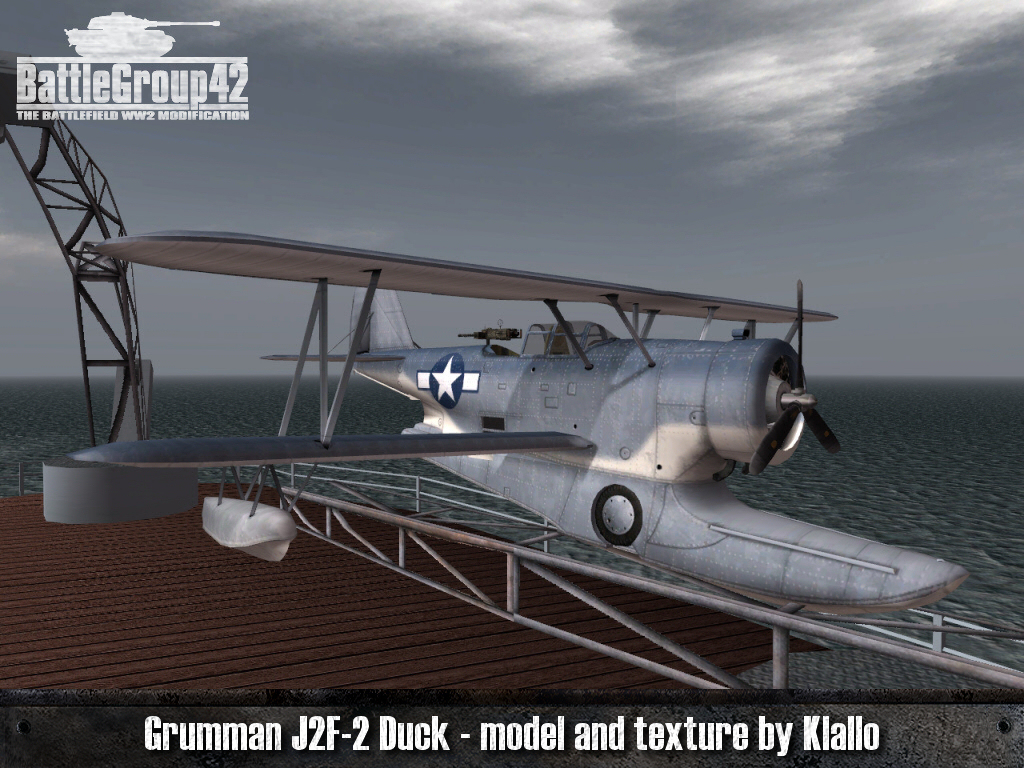 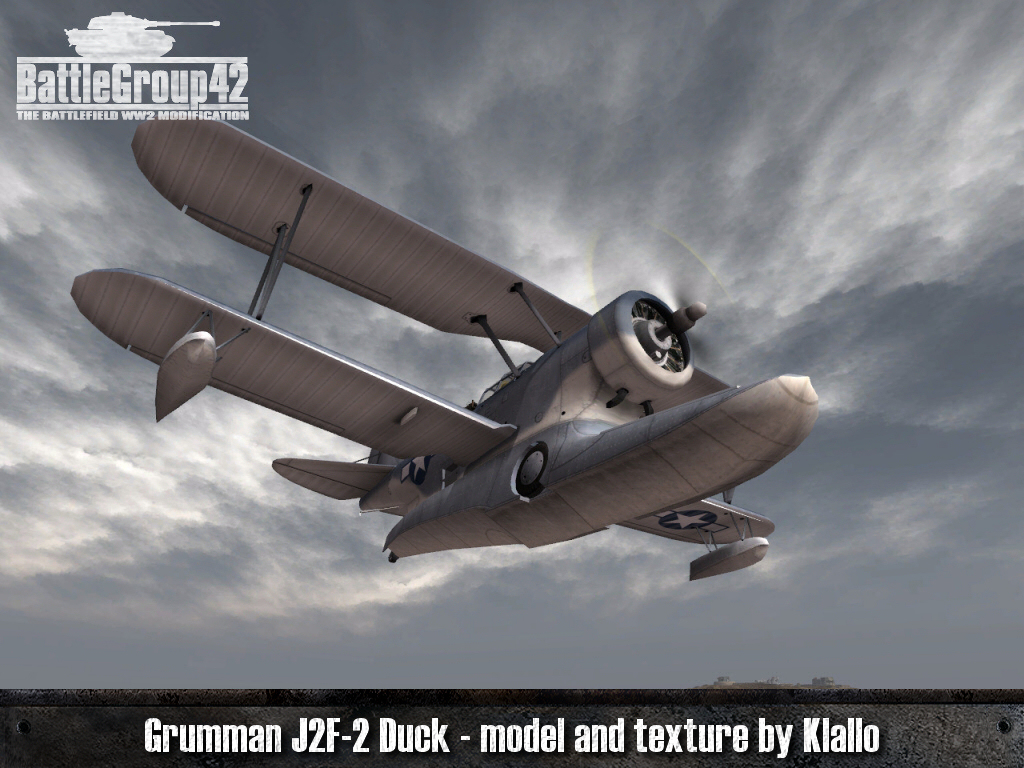 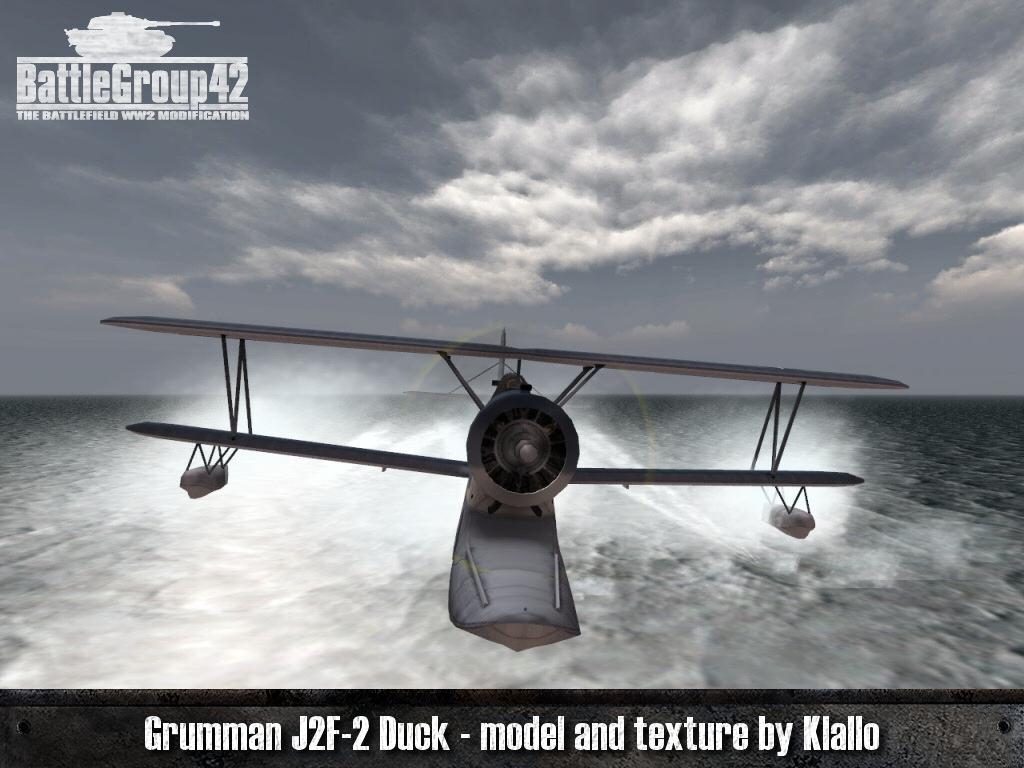 The final plane in this news was also produced by an exterior developer: The Blohm & Voss BV138, being the first big flying boat in BG42, was modeled and textured by FangioDesign. On our maps it is used either as a static model or as naval reconnaissance aircraft. The original plane served extensivly with several coastal air wings of the German Luftwaffe, mostly used for long-range naval reconnaissance, anti-shipping, anti-submarine and minesweeping duties. Our BV138 is a version C-1, equipped with a defensive armament of two 20mm MG151 cannons, one 7,92mm MG15 and six SC50 bombs. 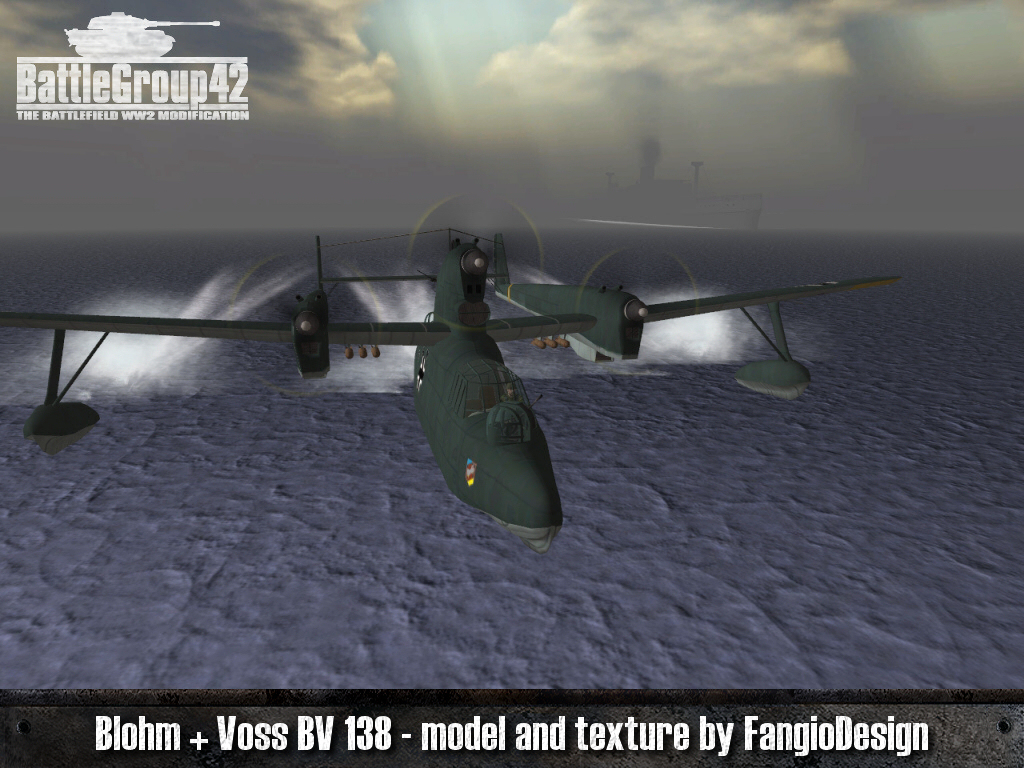 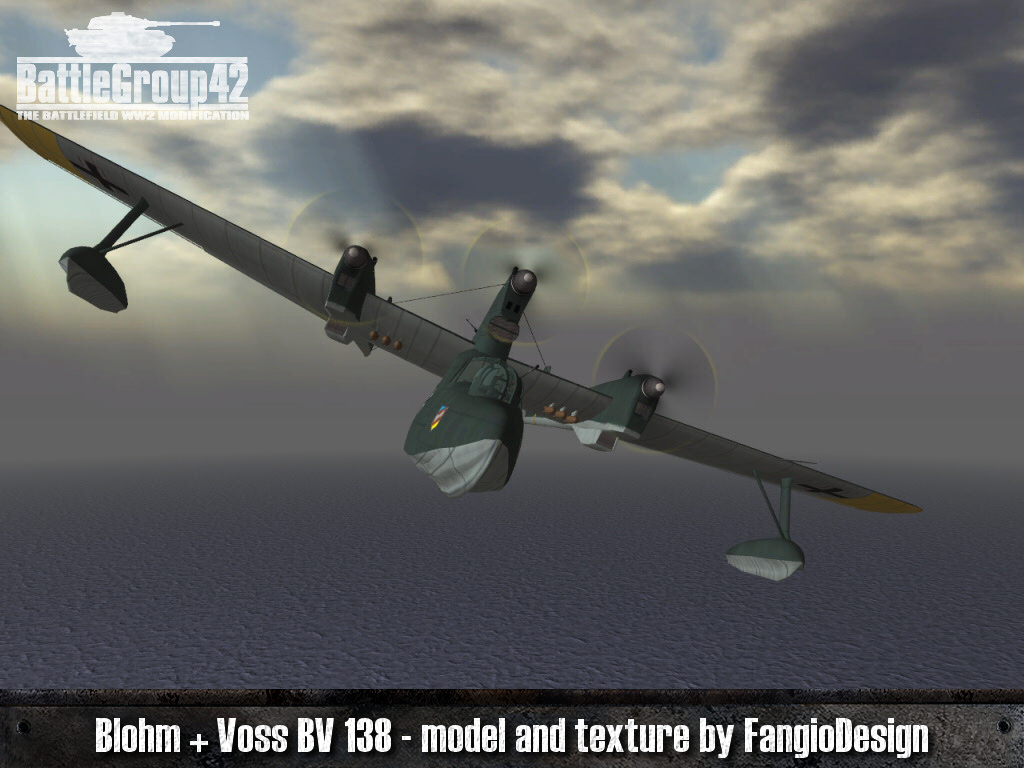 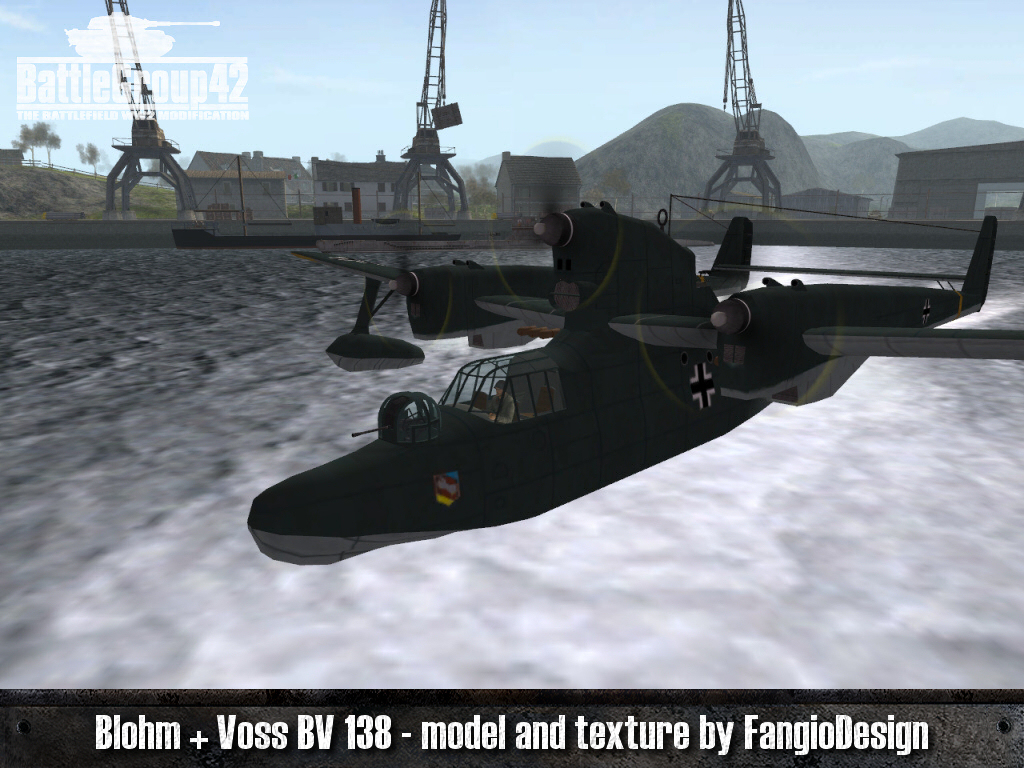 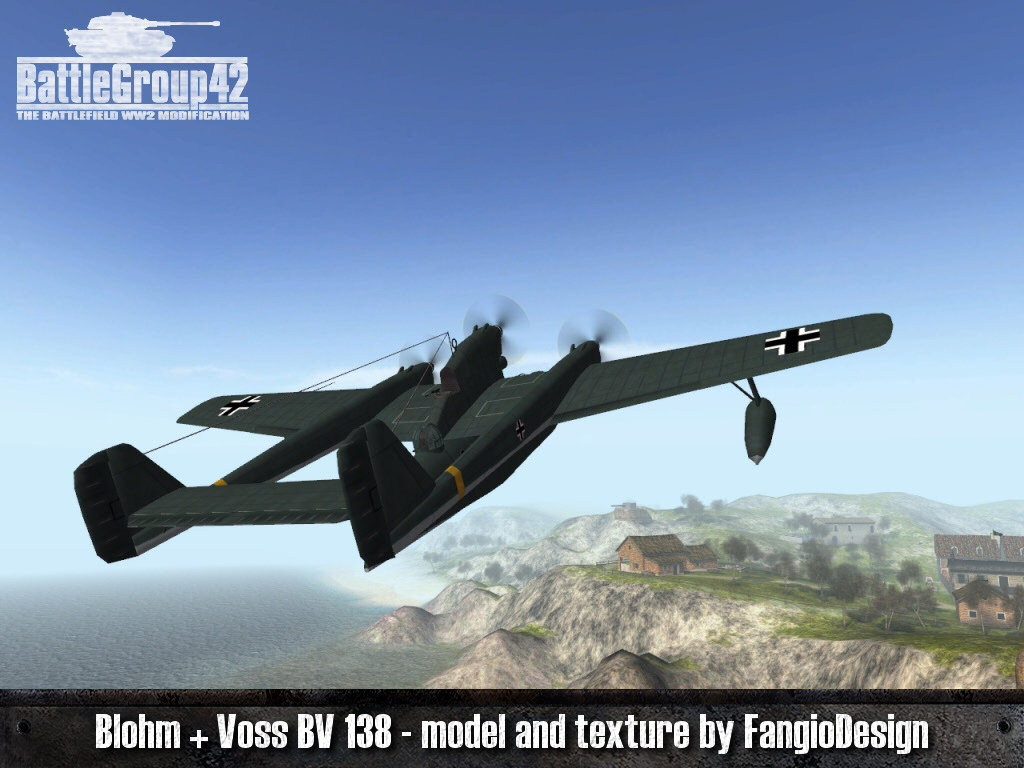 We have also updated our mod-contents list which will be linked on our website shortly. For those of you who want to take an early glimpse at it please follow this link:

That's it for today. There'll surely be more news ahead, so stay tuned and most of all faithful :-).

oh god its its excellent.