The Battlegroup42 team is back with its first news in 2014. We hope that all of you spend the holidays and new years eve well, and are not too disappointed about BG42 Final not being released before Christmas. The reason for that is the many new models we want to integrate (and partly have already). They allow us to equip our troops even more historically accurate.

But today our focus rests on more new maps for the final release. We're taking a look at some important events which have been hardly covered up until now. Our journey first takes us to the Crimea peninsula during the hot summer months of 1942: In June, German and Romanian troops started their decisive offensive against Sevastopol. The map "Sapun Ridge" tells about the bitter Soviet resistance in the vicinity of the town of Inkerman, which was able to delay the Axis advance for some days. For the map's scenario, BG42 mapper SargeSurfat used a community map made by Teufel as base. The result is a furious artillery and tank duel in a sun-baked basin. Every equipment available to both opponents in mid of 1942 is present there. The map comes in Conquest and Coop mode. 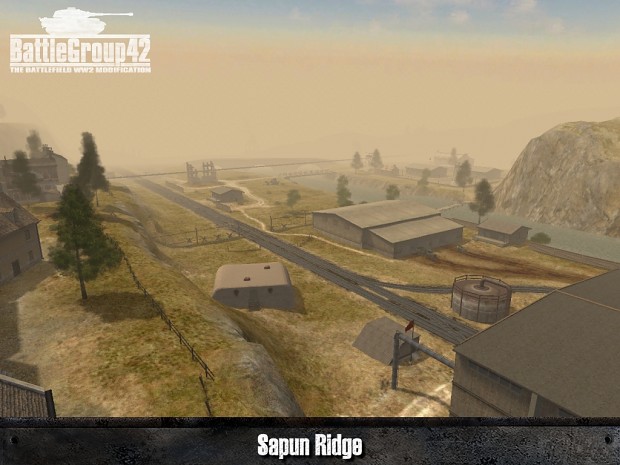 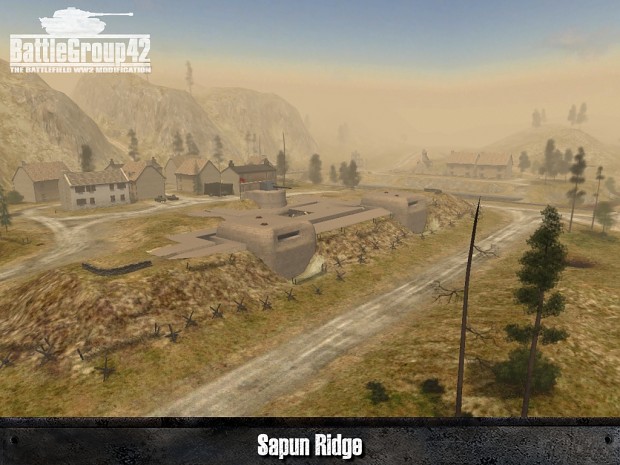 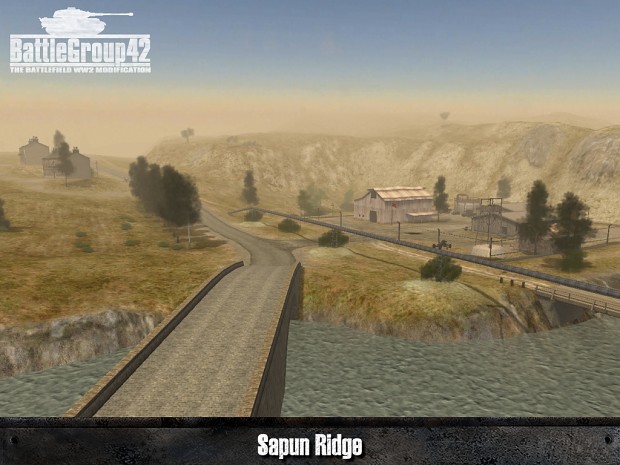 The second map, called "Dnieper Airwar", also depicts an event on the Eastern Front: About one year later, after a rather disappointing result for the Germans at the Battle of Kursk, the Soviets took over the initiative and started a major counter offensive. Part of this gigantic assault was the rapid crossing of the Dnieper river in September of 1943, in order to deny the Axis forces the opportunity of setting up defensive lines along the western bank of the river. The Red Army managed to conquer 23 bridge heads on the western bank, which were massively attacked by German tanks and bombers. Despite horrendous losses, the Soviets were able to fend off these attacks, with the fighters and ground-attack aircraft playing a decisive role. SargeSurfat took the already known map "Dnieper River" for this and changed it into an aircraft map. Although there are some ground units left, they merely act as a scene for the wild dog fights over the belarusian plains in Conquest or Coop mode.

The German fighter planes will be facing a new addition to the Soviet arsenal for the first time: Kraetzer provided us with his model of the legendary Lavochkin La-5FN, which in the future will close the gap between early Russian fighter aircraft such as the MiG-3 and LaGG-3, as well as later models like the Yak-9. The La-5FN was one of the most capable Russian fighter planes and was flown by some famous Aces. 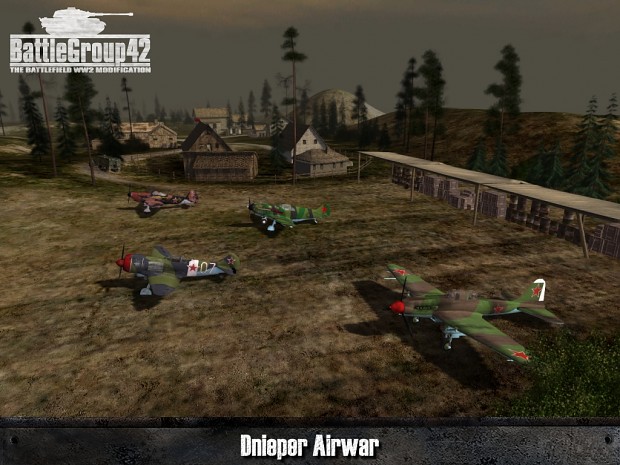 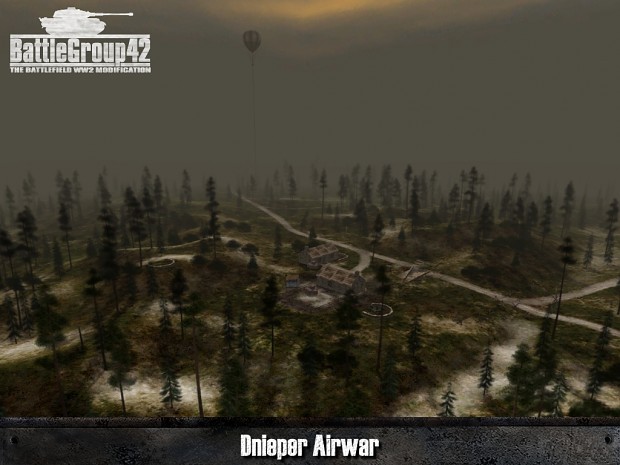 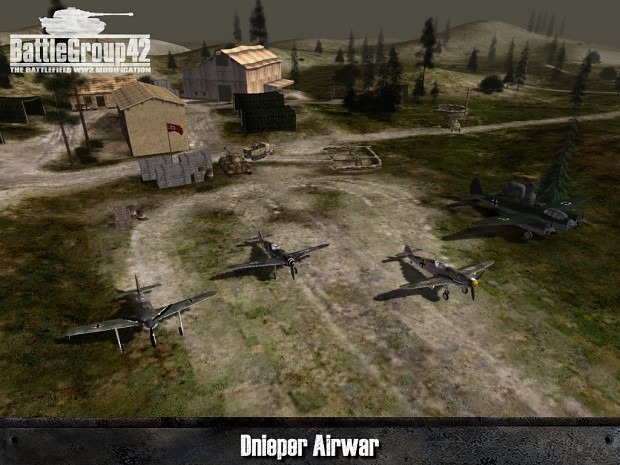 The final map preview for today takes us back into 1942: In December, Germans and Italians were on full retreat through Libya heading for Tunisia after their desastrous defeat at El Alamein - always in danger of being surrounded with the British 8th Army in hot pursuit. SargeSurfat's map "Desert Pursuit" depicts the rearguard actions on the defensive lines at Brega and El Agheila. The remnants of the glorious "Ariete" tank division, along with German infantry, fought the British tanks in order to provide cover for the retreat. The map offers an ideal terrain for tank battles with lots of wide open desert ground and bottle necks at the same time, forcing concentrated battles at certain points which can't be bypassed. This map too is available in Conquest and Coop mode. 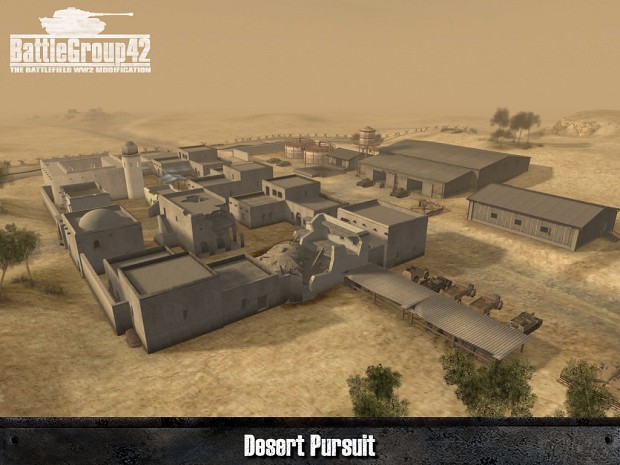 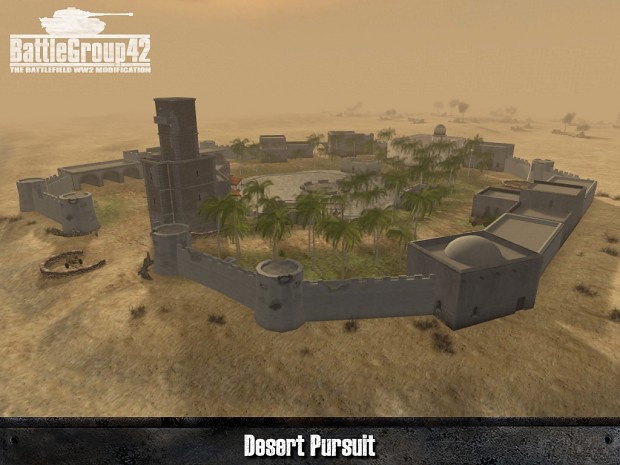 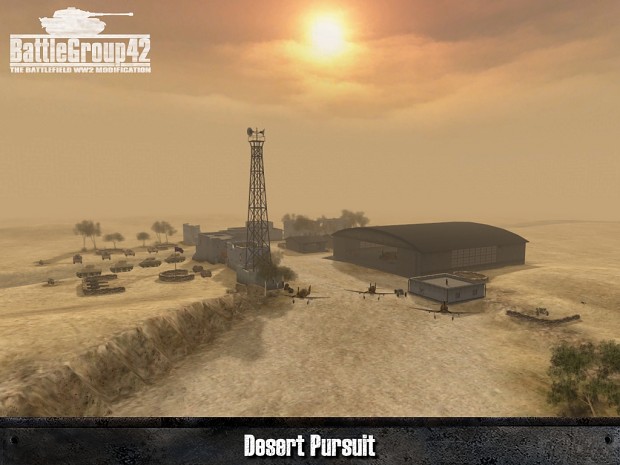 And that's it for today. Next time, we'll report more detailed about our last-minute additions to our model portfolio. In this context, we're on the lookout for texture artists and modelers who might help us on some of those models. If you're interested please register on our forum at www.battlegroup42.de

Nice to see Sevastopol being featured. I can't wait to play this.