The final version of Battlegroup42 is gradually reaching the testing phase, and so it's about time to provide you with an update about the new content. Whilst we showed you new vehicle and plane models in the past news updates, this time it's all about the new scenarios in which you'll be able to play around.

Our first map preview for today takes us to Germany in March of 1945, where the British and Canadian troops begin a large-scale River Rhine crossing, also using paratroopers as part of Operation Varsity. The scenario is already known since the map has been part of the mod for many years. But its design only marginally resembled the actual conditions. BG42 mapper Sarge Surfat therefore decided on a total reconstruction: The unrealistic rock formation as well as the river bifurcation were removed. The big bridge was replaced with a smaller one and a pontoon bridge added. There are two positions where the British tank units, covered by stationary at guns, can cross the river while paratroopers land behind German lines in a dense forest area with the goal of disrupting the German deployment and formation. Latter still have powerful tank forces at their disposal which will pose a serious threat to the enemy's advance. The map is available in Conquest and Coop mode. 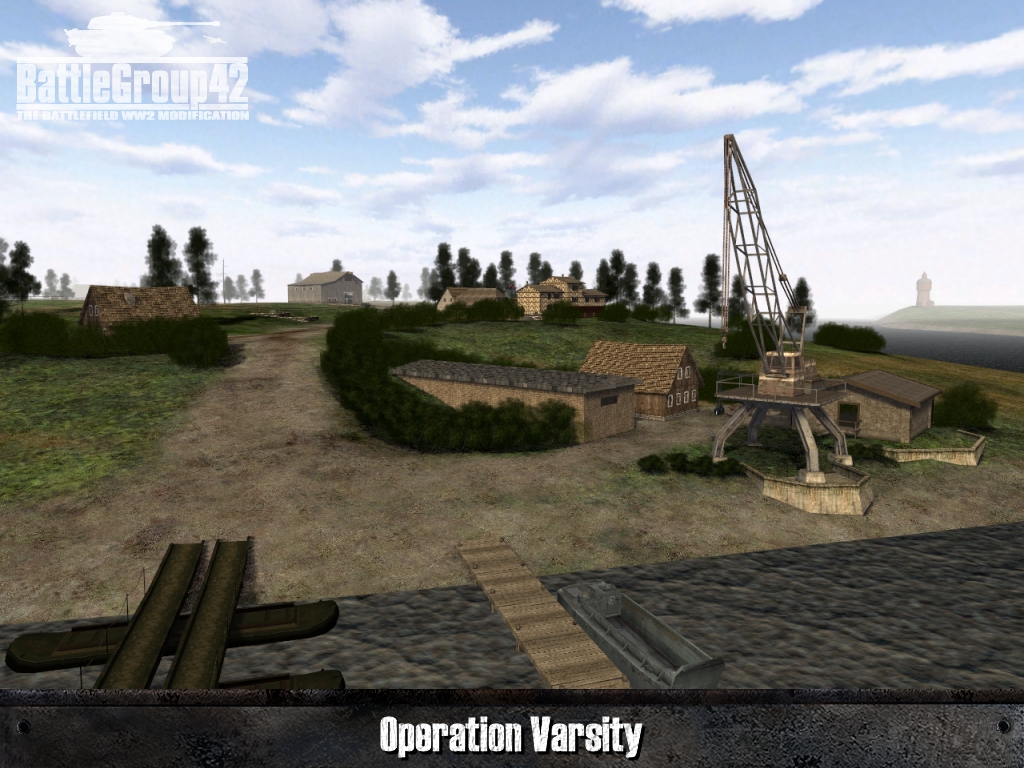 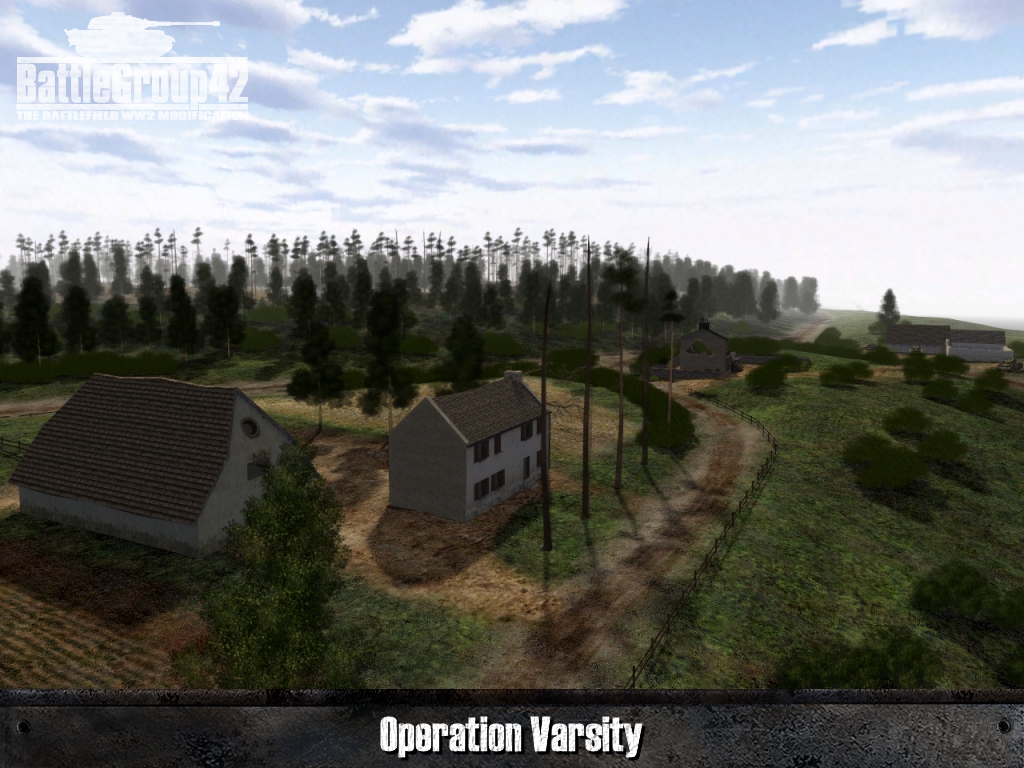 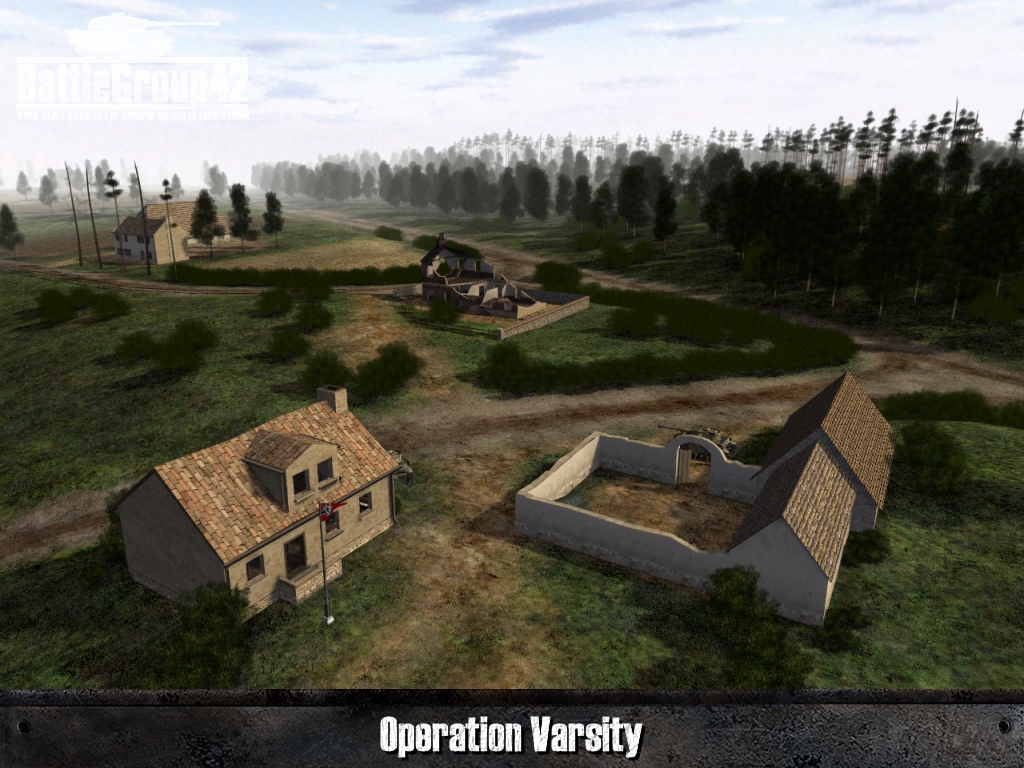 Map preview number two continues the path of Operation Varsity: After their River Rhine crossing, the British and Canadian troops advance towards Northern Germany, using the German Autobahn 1 running from Cologne to Bremen. The road, originally used by the Germans for rapid troop movements, now becomes an accelerator for the Allied advance, over which troops and supplies can be brought to the front at high speed. Not without obstructions of course: In some places the Germans had set up blockades and defensive positions. This is the scenario of the map "Autobahn", in which the Allies hit such a blockade and massive resistance consisting of tanks, artillery and bunker emplacements at an Autobahn bridge. On this rather small map the control points are close to each other, guaranteeing a focused, intensive battle. The map from Sarge Surfat supports Conquest and Coop. 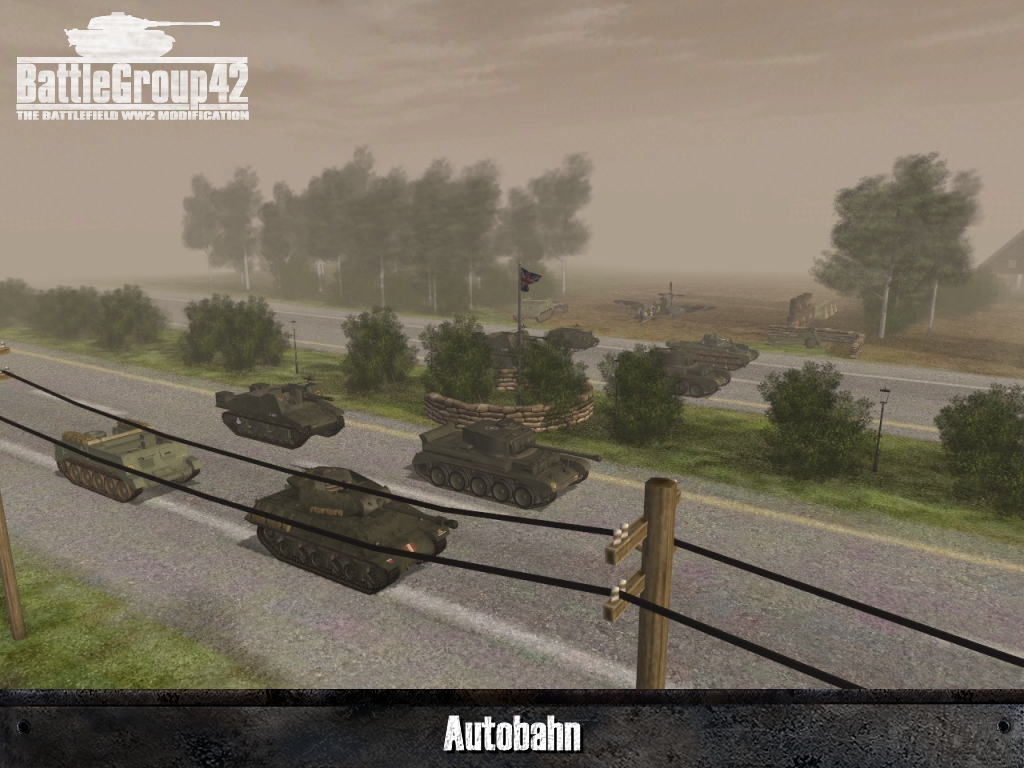 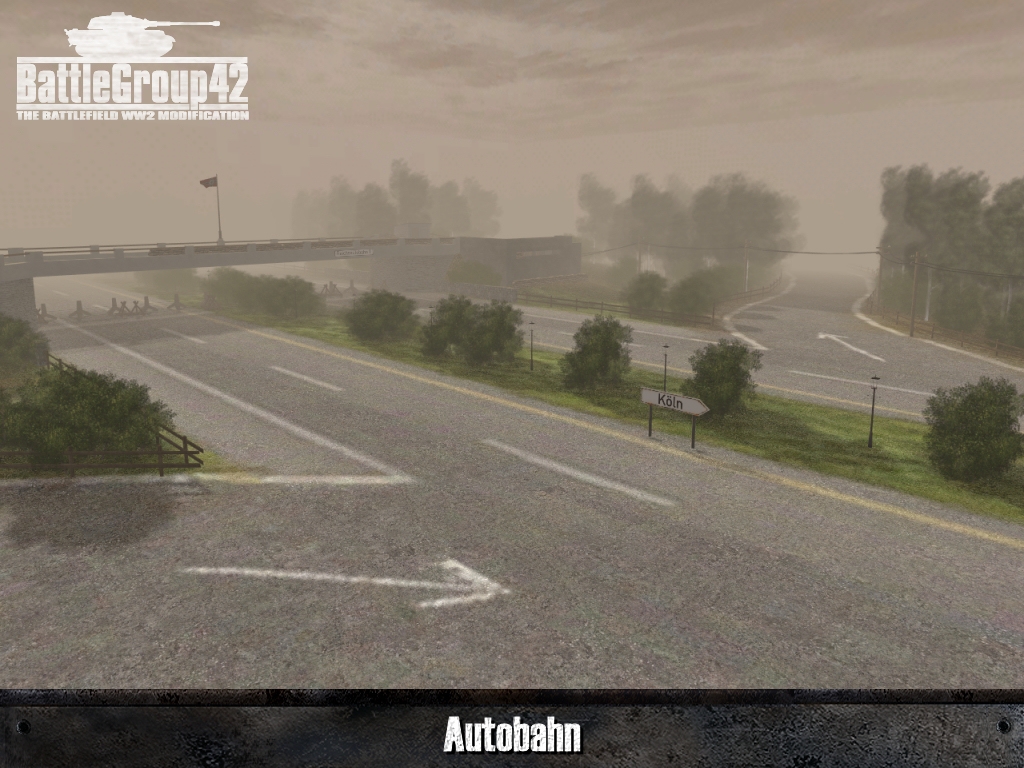 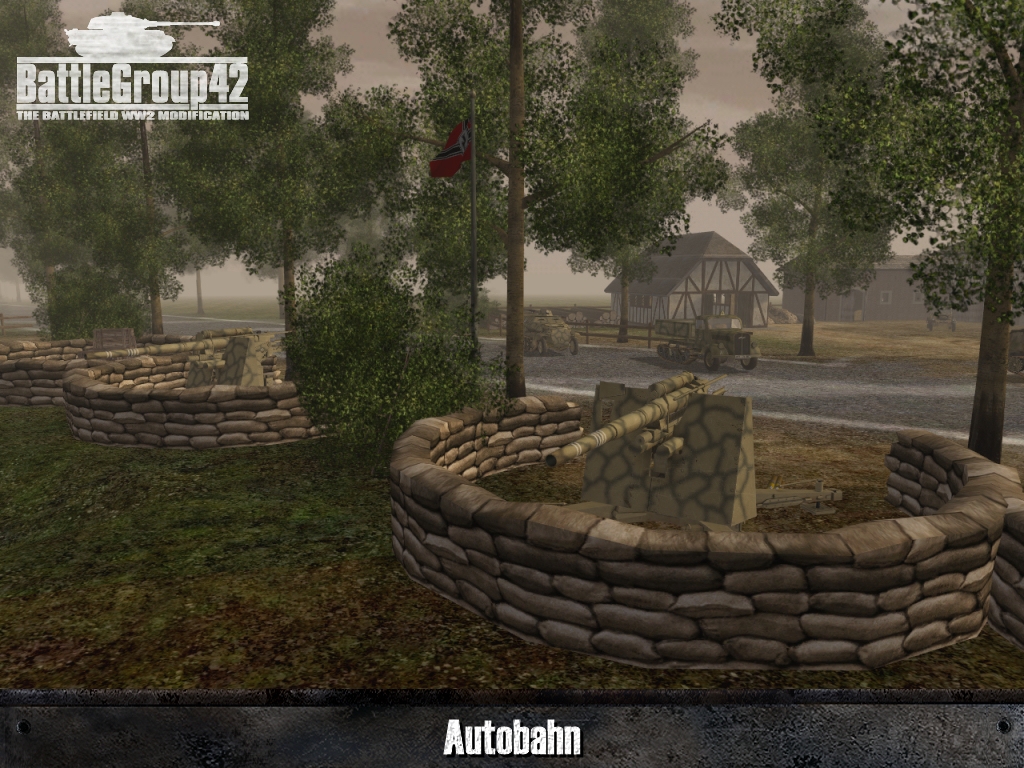 While in spring of 1945 the Americans, British, Canadians and many other Allied troops struggle with the remnants of the Wehrmacht in Germany, the German resistance in mostly liberated France also hasn't completely vanished. That's the setting for the final map preview in this news. In some fortified seaports like La Rochelle or Royan German soldiers kept up the fight, refusing to surrender. Intolerable for the French forces: In April of 1945 their infantry and tank units attack Royan which was completely destroyed by prior bombardments. The goal is not only to capture of town, but also to silence the German heavy guns, which had been installed there as part of the Atlantic Wall. Exactly this situation is the setting of the map "Royan Outskirts" from Sarge Surfat: The French have to fight their way through almost impassable, heavily forested terrain full of barbed wire and tank obstacles, exposed to German artillery and Nebelwerfer fire. In their advance they also utilize Char B1 tanks which they re-captured from the Germans. This map features Conquest and Coop. 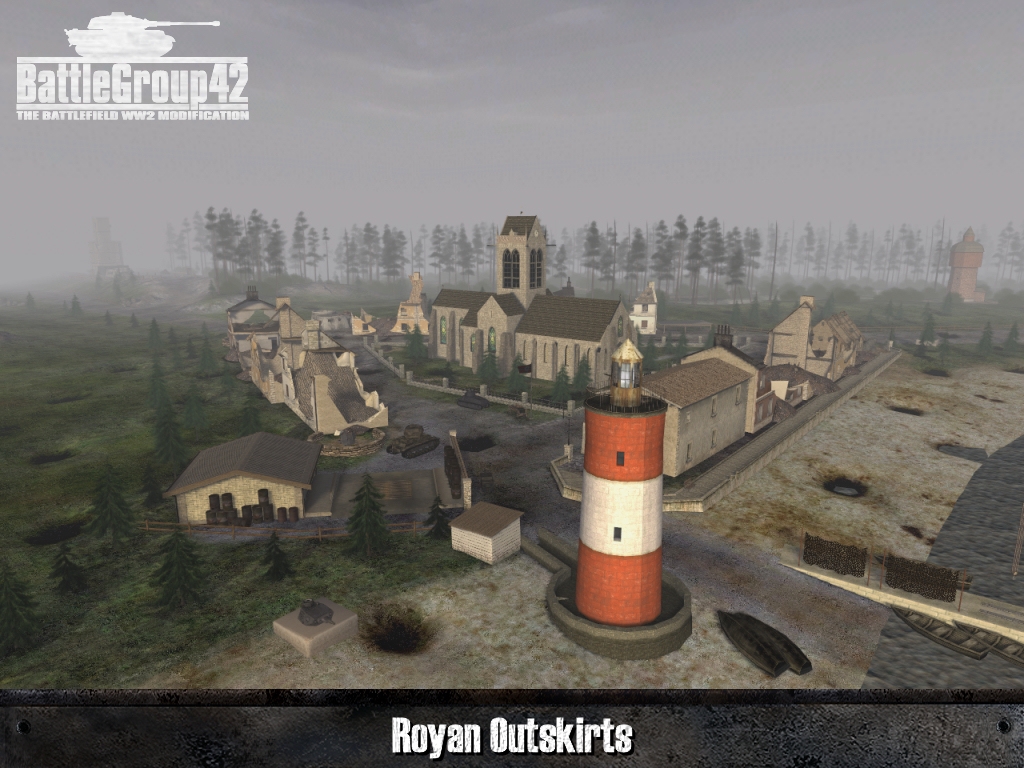 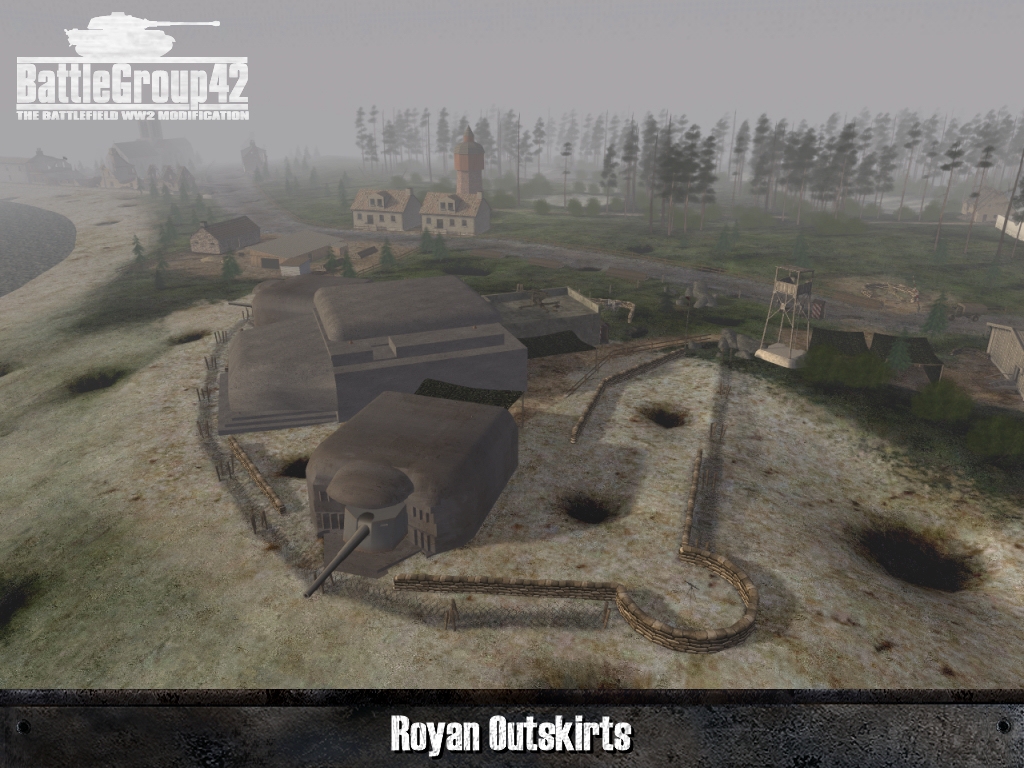 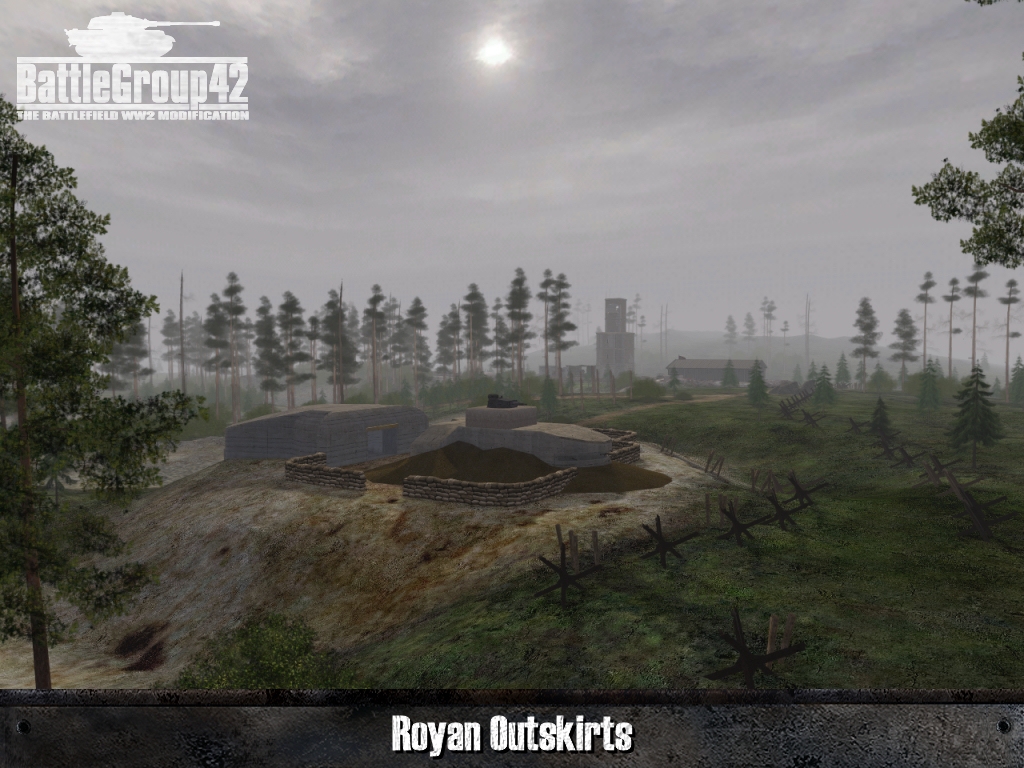 That's it for today. We'll be back with more map previews soon. It won't take much longer for the final version to arrive, and as usual we invite you to pass the waiting time with some fights on the MOB Server. We wish you a lot of fun !

How do you turn up the view distance like it is on these screenshots? They look amazing by the way.