You can test as much as you like, but in a large mod like Battlegroup42 there are always some nasty or harmless bugs hiding successfully from our watchful eyes. This has happened in our version 1.5 as we´ve announced earlier. Thanks to feedback from the community and our own findings we were able to eliminate those bugs and are now releasing a patch with which you can update your version 1.5 to version 1.51.

The Battlegroup42 team also used this patch to tweak some settings regarding the balancing on some maps, as well as to integrate ideas of the community and new content which came too late for the 1.5 release, notably the French FM 24/29 machine gun. This excellent weapon was introduced in the French Army in the 1930´s in great numbers. Because of that, the Wehrmacht was able to capture many of them during the Battle of France. This circumstance allowed us to eliminate one the most complained inequality in BG42: On early Eastern Front maps where the German assault class with the MP 40 had a Russian counterpart with DP 1928, the FM 24/29 is now used on the German side.. 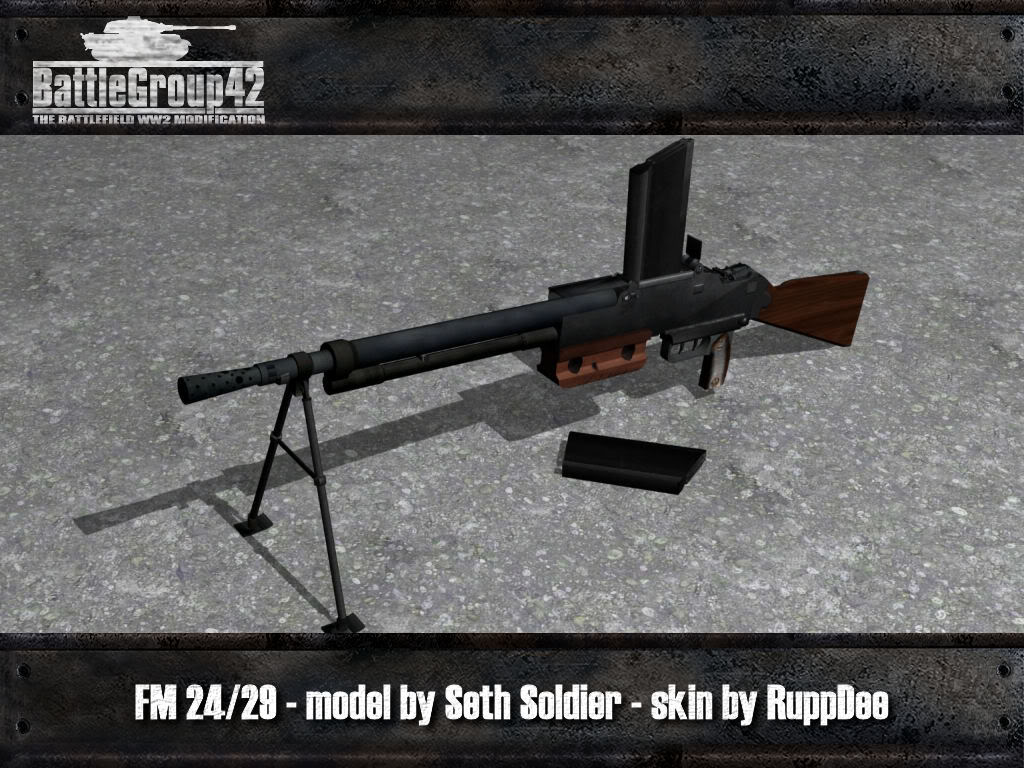 The French assault class also got the FM 24/29 while the MAS 38 is now the main weapon of the medic class. The FM 24/29 was later also used by the Free French troops and preferred over the BAR. Even after the war it was used for a long time, for example by the French Foreign Legion during the First Indochina War. The model was made by Seth Soldier, the skin by RuppDee.

For some time now, the Battlegroup42 team has been in contact with the Hungarian Front mod team in order to exchange our old, low-quality Hungarian tanks with the excellent models from Master T. Thanks to the efforts of our Hungarian team member SimLac we were able to replace our old Turan II model with the HF model. The tank was converted and recoded by Sarge31FR.

The Turan II was the successor of the Hungarian tank 41M Turan I, with the biggest difference having a more powerful 75mm cannon instead of the 40mm cannon of the Turan I. It was used by the Hungarian Army on the Eastern Front from the end of 1943 on, but proved to be no match against Russian tanks like the T-34. Actually the whole design with its straight, riveted armor plates was already completely obsolete since 1940. The Hungarian industry was unable to build a more powerful tank until the German occupation of Hungary in the mid of 1944. 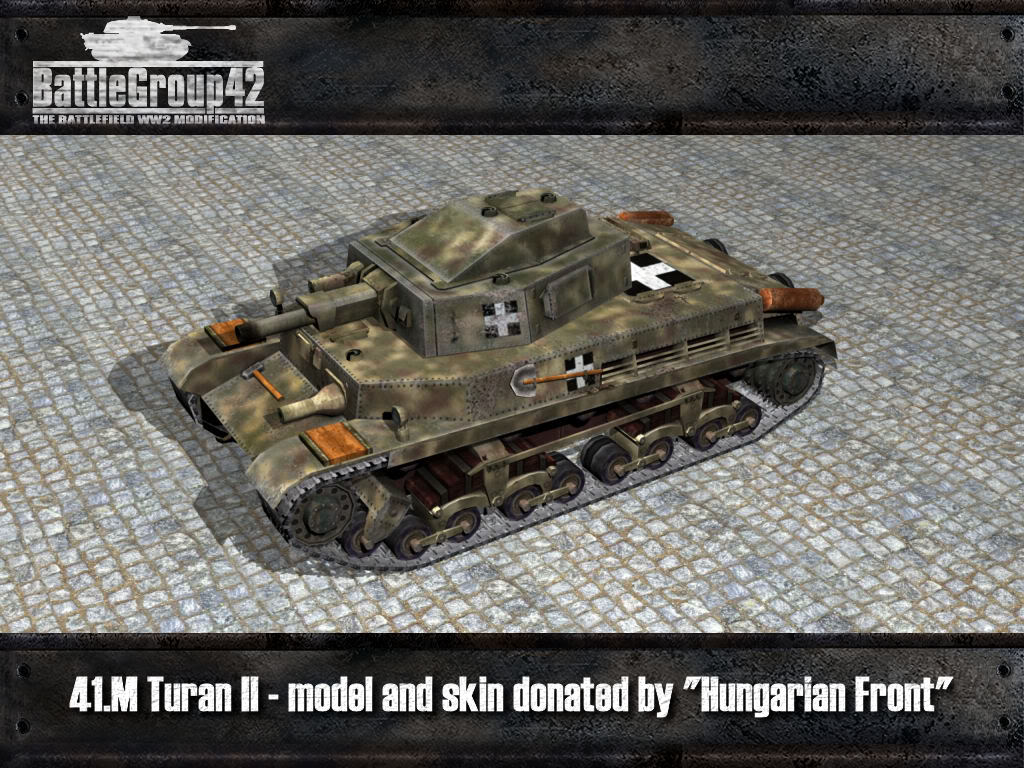 The integration of the new Turan II delayed the release date for a few days, but it was worth the wait. Sarge Surfat took the chance of this delay to rework his map "Volkssturm" according to community suggestions. The popular, yet as "empty" known map got more vegetation and some ambient sounds alongside some wrecks to increase the overall battle ambience. Last but not least the B-17 which was missed by many players made its return to the map. The big bomber has to fear the Bf 110 G-2 though, which replaces the Fw 190 on this map. With its 37mm cannon it is able to knock down any enemy from the sky. As usual all changes and new content have been written down in a changelog:

- made rearming of planes easier on 4112-kalinin_front

- replaced AT class with officer kit on:

- reworked 4504-volkssturm, added some statics and ambient sounds. Changes made by Sarge Surfat

- Bren and Boys carrier now only heal the allied soldiers

- new Bf 110 and Mosquito physics, changes made by Sarge Surfat

- replaced Gammon with M14 Thermite grenade in US AT kits

- replaced smokegrenade with M14 Thermite grenade in US Officer kit

TORRENT (thanks to Afri Cola):

So have fun with the latest Version of Battlegroup42!