BF Pirates 2 is a recently released BF2 mod set in the days of Caribbean piracy. Intense naval, land and air combat! Huge variety of ships, muskets, cannons, swords, and explosives. The recently released R2 includes the addition of air vehicles such as the beerglider and hot air balloon strapped with cannons! Released December 2008. 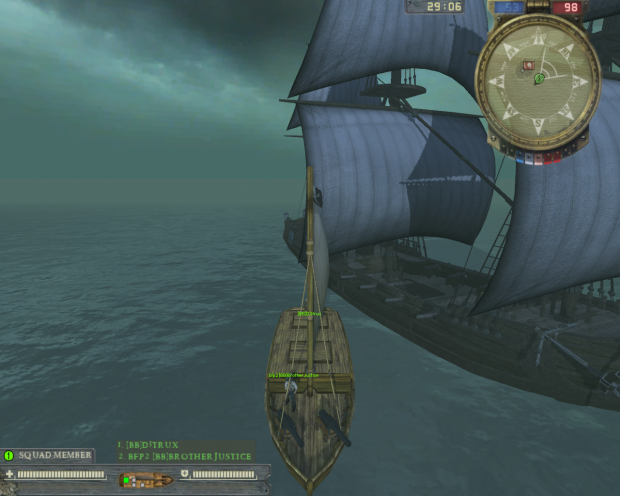