Today the Battlefield 1918 Development Team is pleased to showcase some of the new maps, factions, and weapons in the upcoming V3.3 update.

Greetings and welcome everyone to a news update regarding Battlefield 1918. For a start we are pleased to inform you all that while we have been quiet in the past few months, work has been done in making the new V3.3 update, especially when it comes to the topic of new maps. But before we get to the new battles players will be able to take part in, it may be prudent to show one of the 2 new factions coming to V3.3, the French Zouaves! 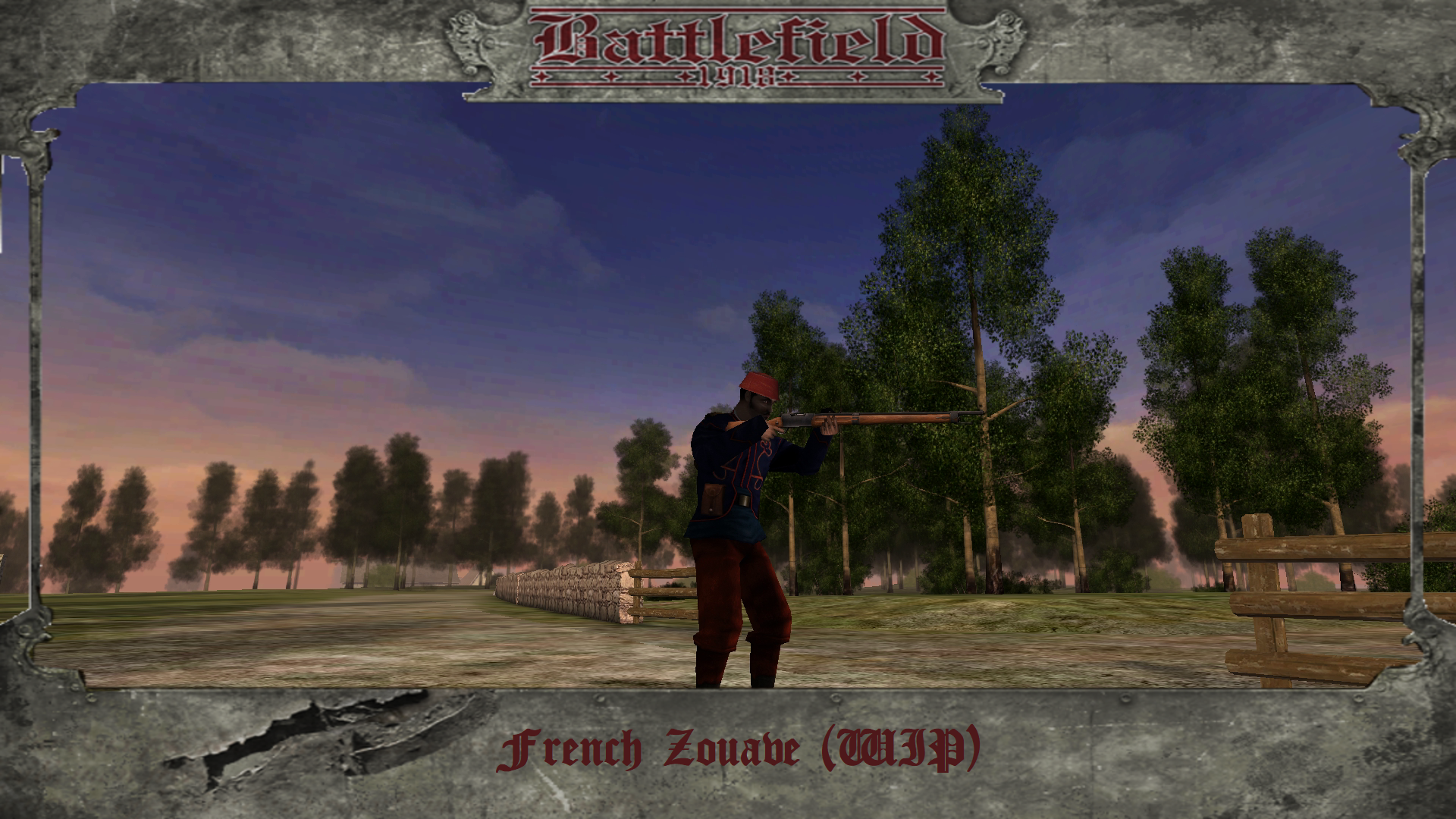 Formed from French settlers in colonial North Africa, these troops had a noteworthy reputation long before the war. In fact in the 19th century, soldiers from other nations in both Europe and North America formed their own Zouave formations inspired by these troops.

While a new faction is all well and good, one may also be interested to note that the Zouaves will also be carrying a brand new LMG into combat as well, specifically the Hotchkiss M1909 Benét–Mercié! 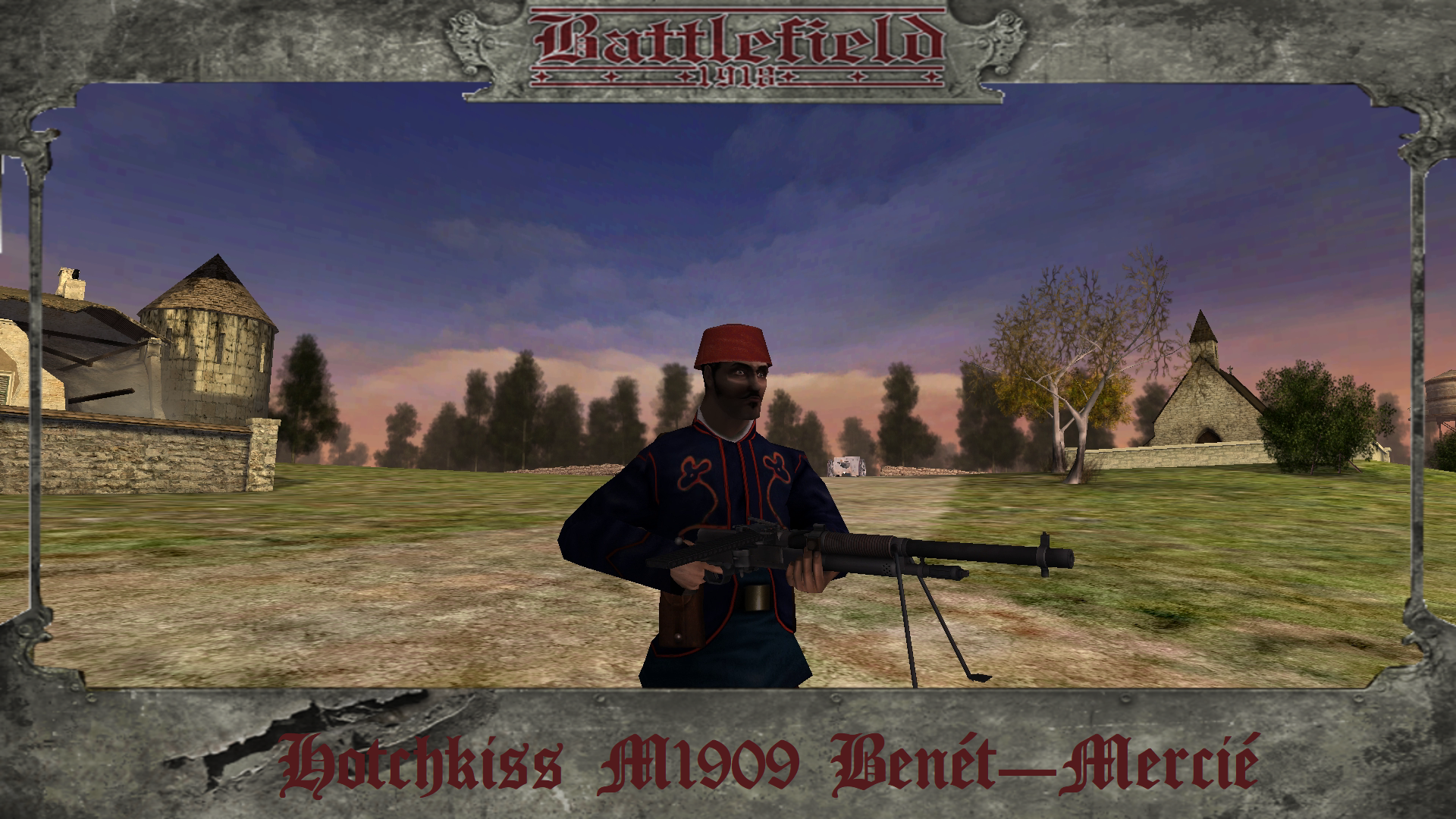 Utilized by several Entente nations including not just France but also Britain, Italy, Belgium, and the United States among others, this weapon gained a reputation for being accurate if complex to maintain.

With all of this covered now is a good time to move on to new maps and the first map to cover today is the map featuring the Zouaves, specifically the Battle of Saint-Gond Marsh. 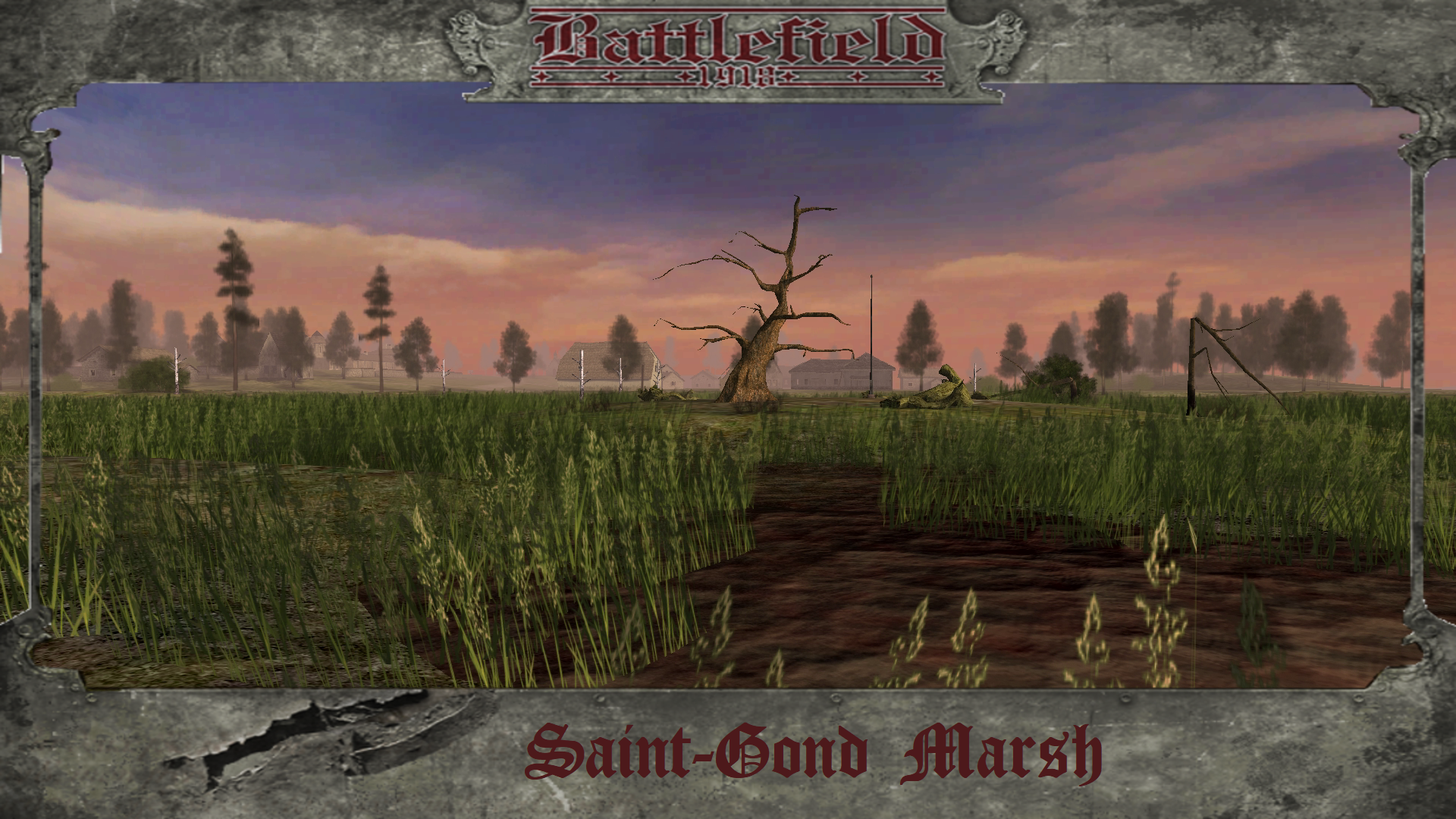 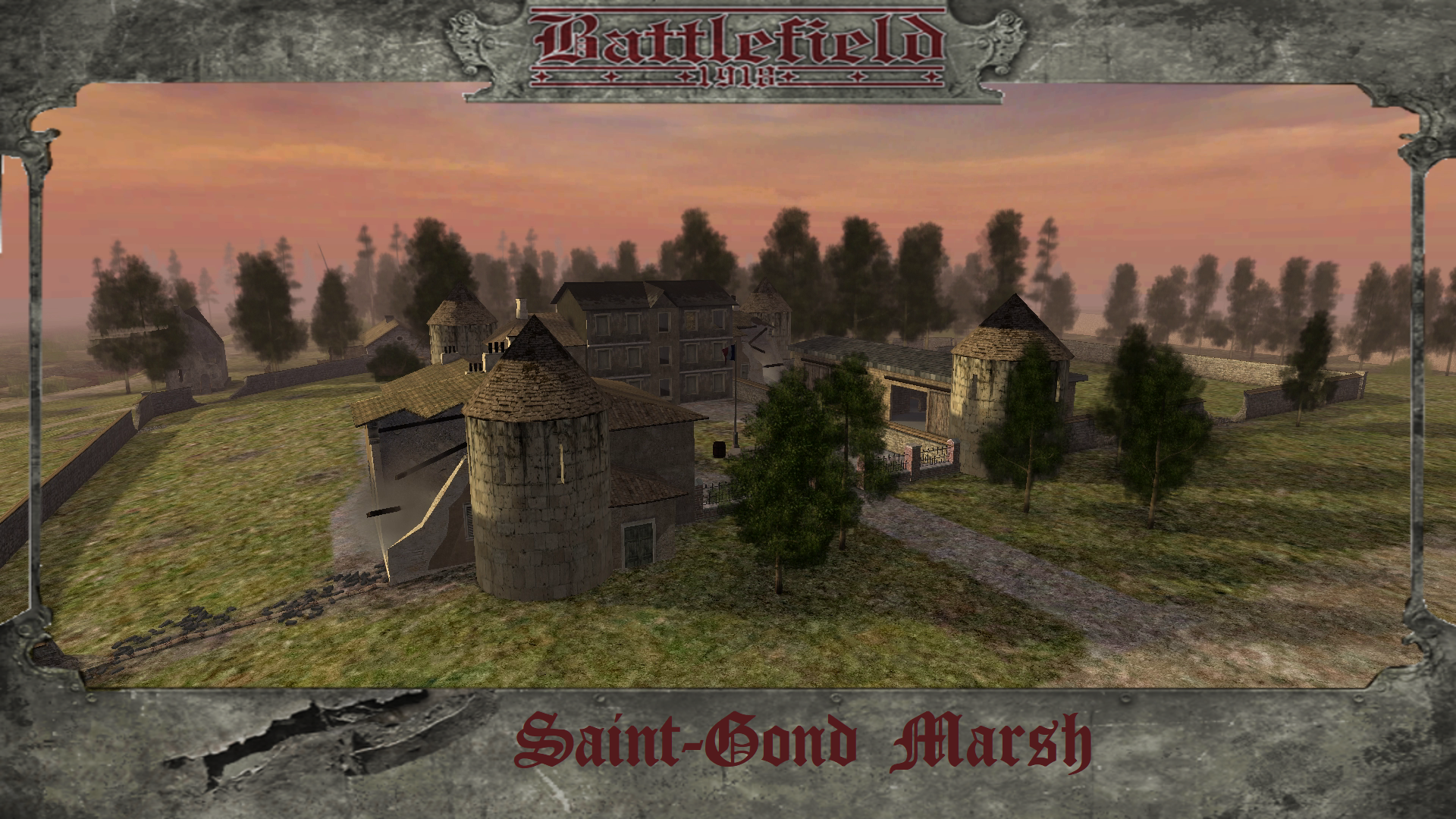 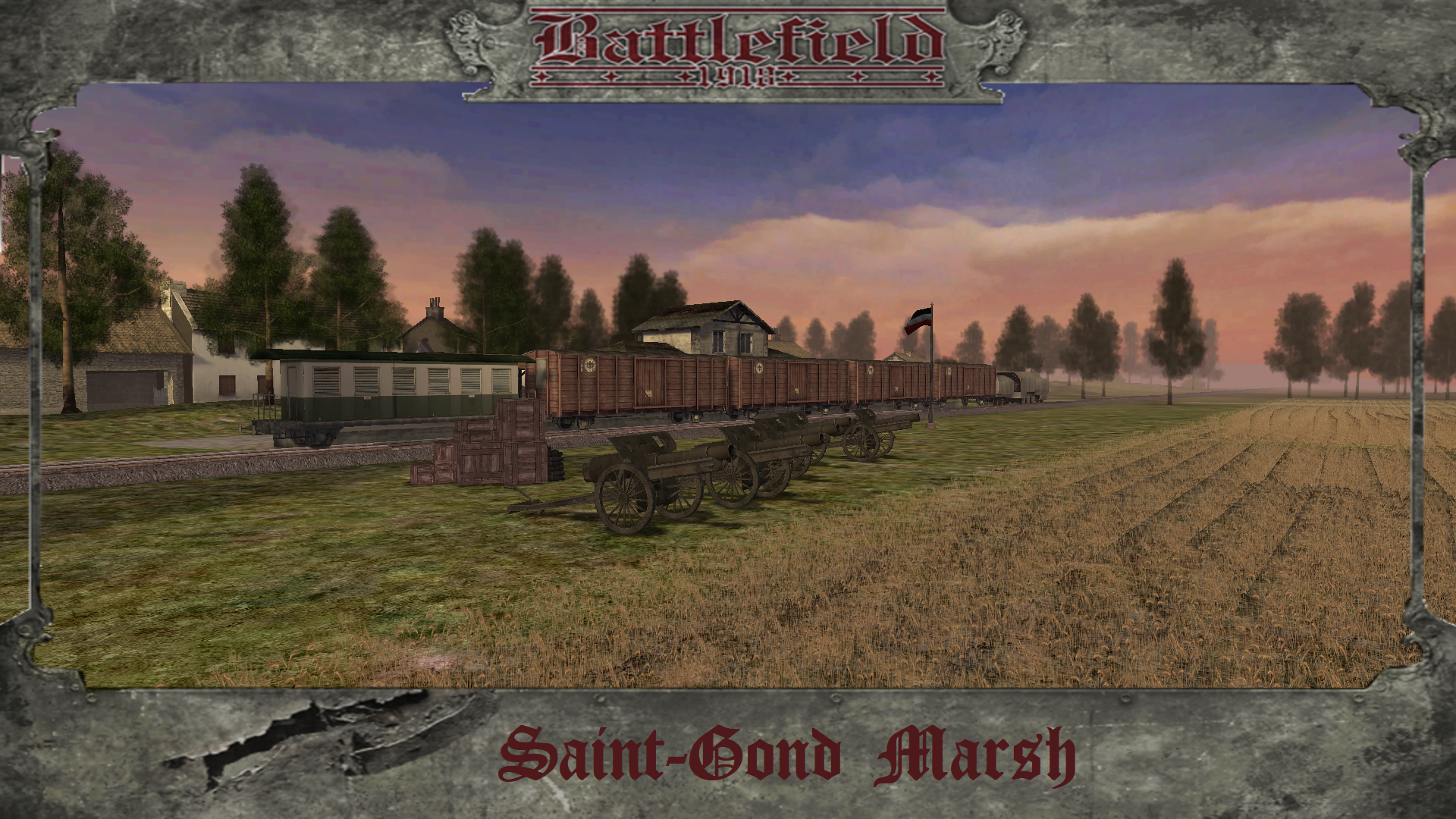 Part of the much larger 1st Battle of the Marne in September of 1914, this engagement saw Entente troops hold off German attacks on the Eastern flank of the lines. A breakthrough here could have enabled the Germans to even potentially surround and cut off French and British forces from Paris. For this reason it was critical for the French and Zouave troops fighting to stop the Germans and when possible even counter-attack.

On the topic of maps featuring french forces we should now move on to the next map to showcase, specifically the Siege of Maubeuge. 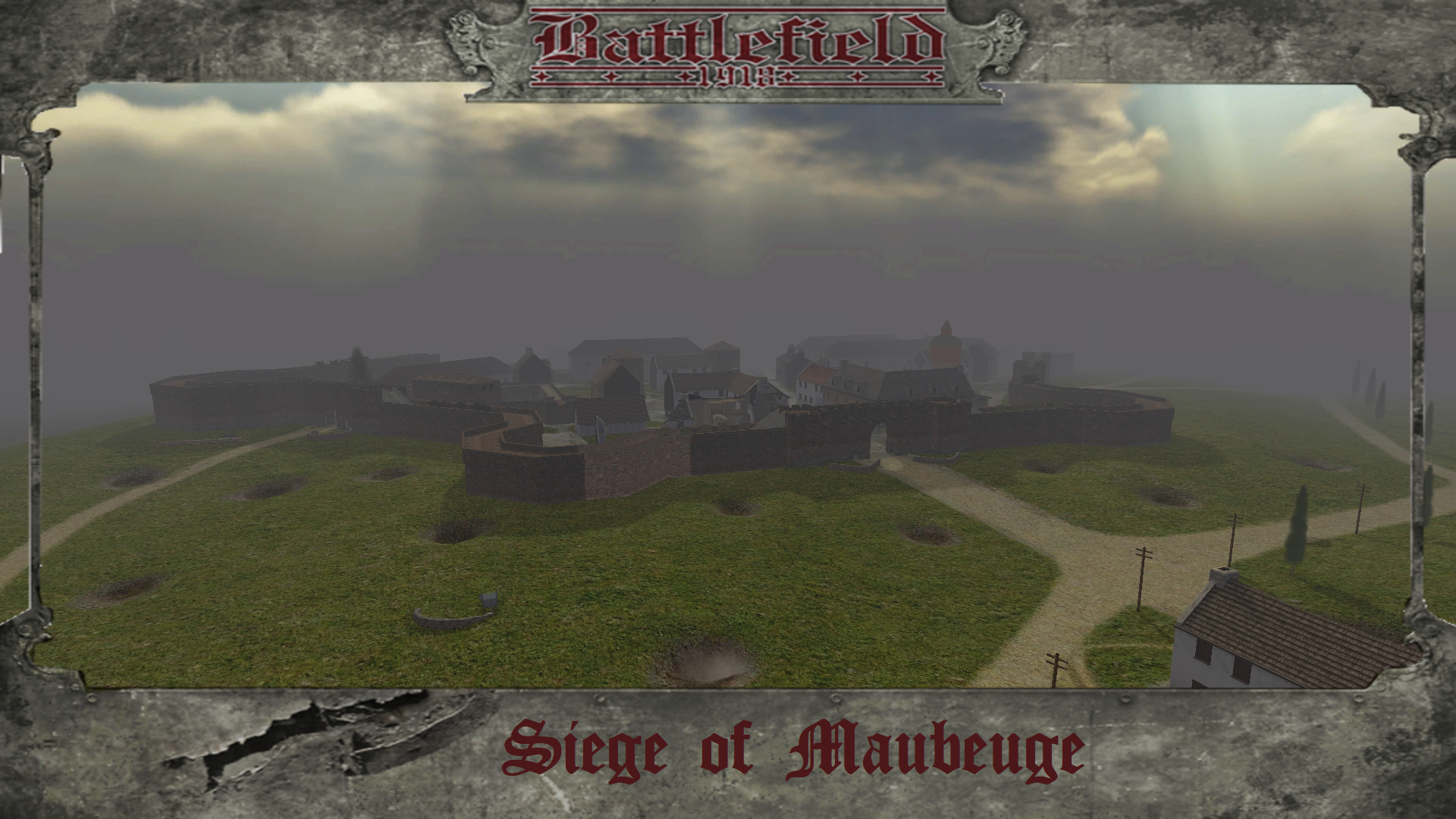 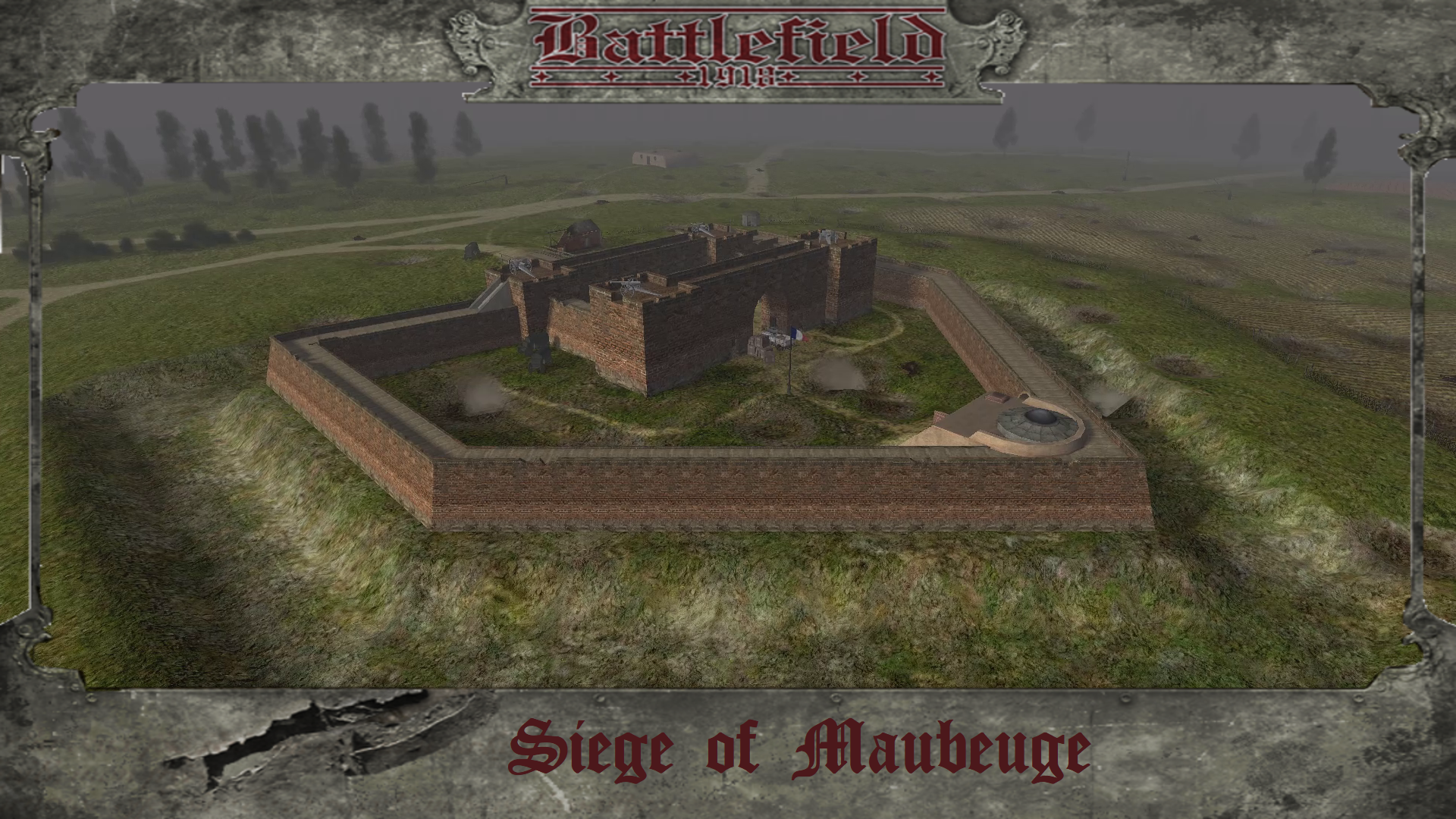 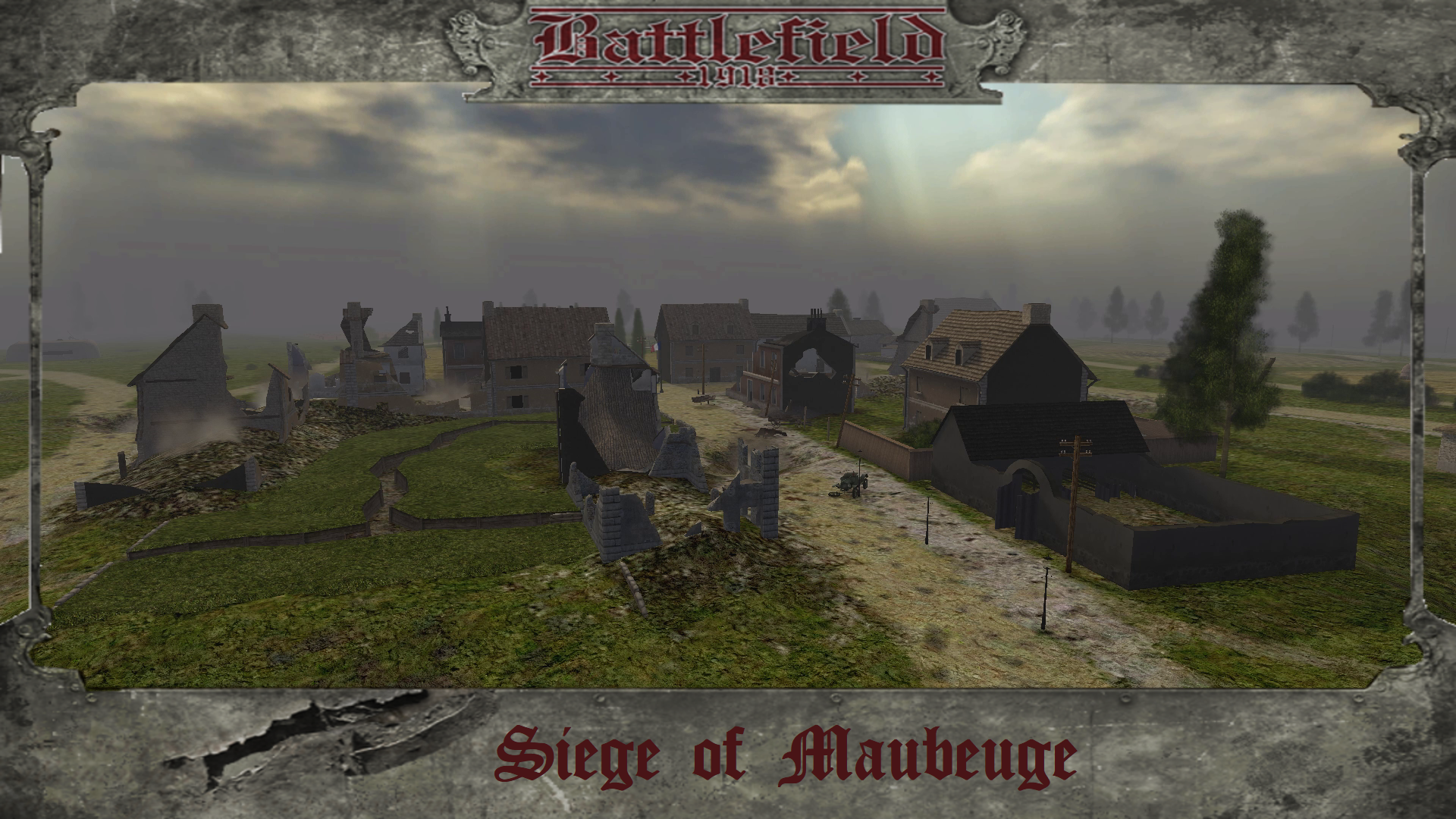 Fought over from late August to early September of 1914, the forts of Maubeuge denied German troops access to vital railroads that they needed to help supply and transport troops on the Western Front. For this reason, German forces resolved to shell the forts into submission with their heavy artillery, including Krupp 420mm Big Berthas. Although the Germans would eventually take Maubeuge on the 7th of September, the 1st Battle of the Marne had by then already begun and the defenders of Maubeuge were at least successful in tying down valuable German troops at this key point in the war.

With the history of Maubeuge out of the way it is now time to see a 3rd new map, this time based on the Battle of Kitchners' Wood. 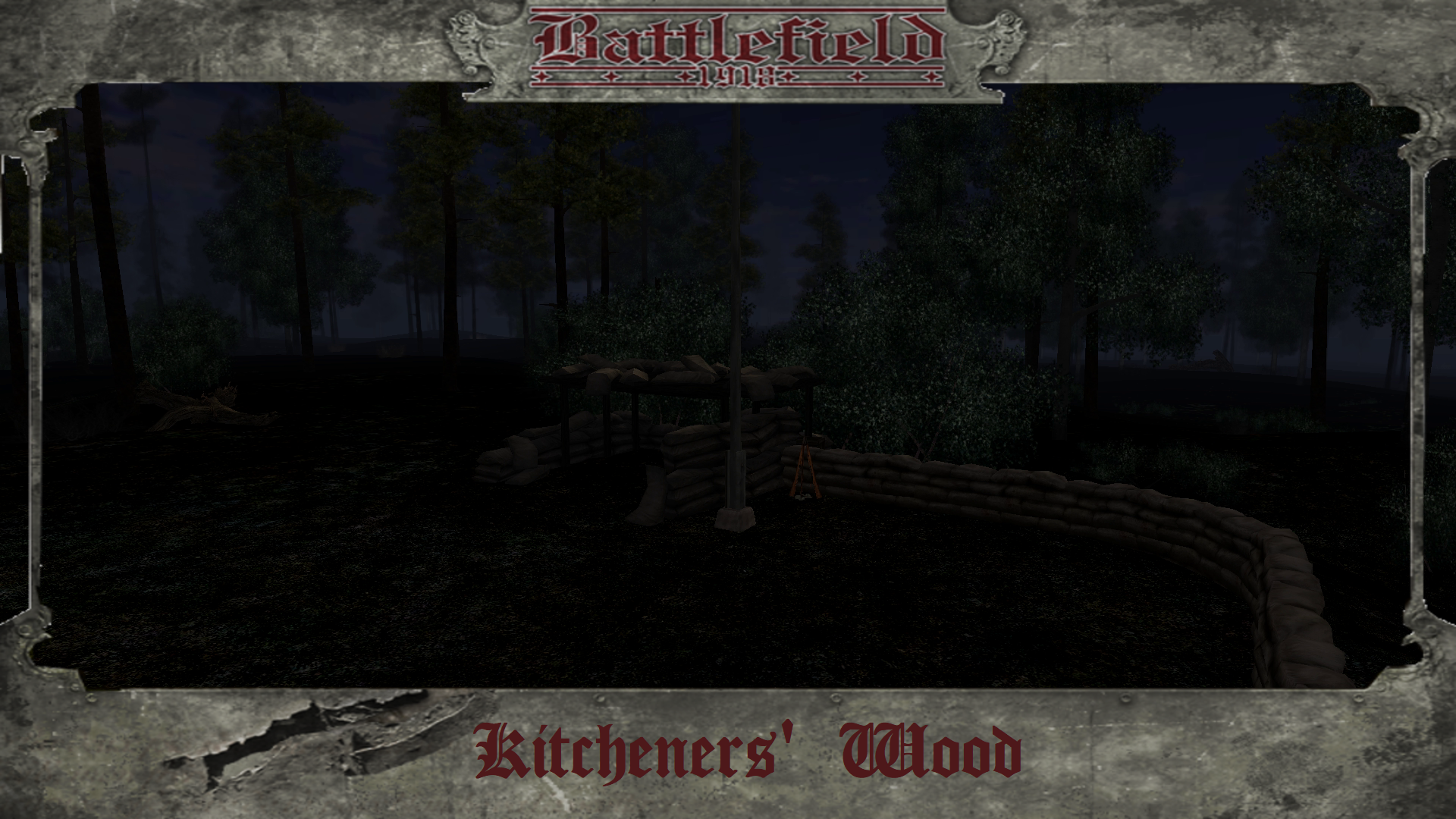 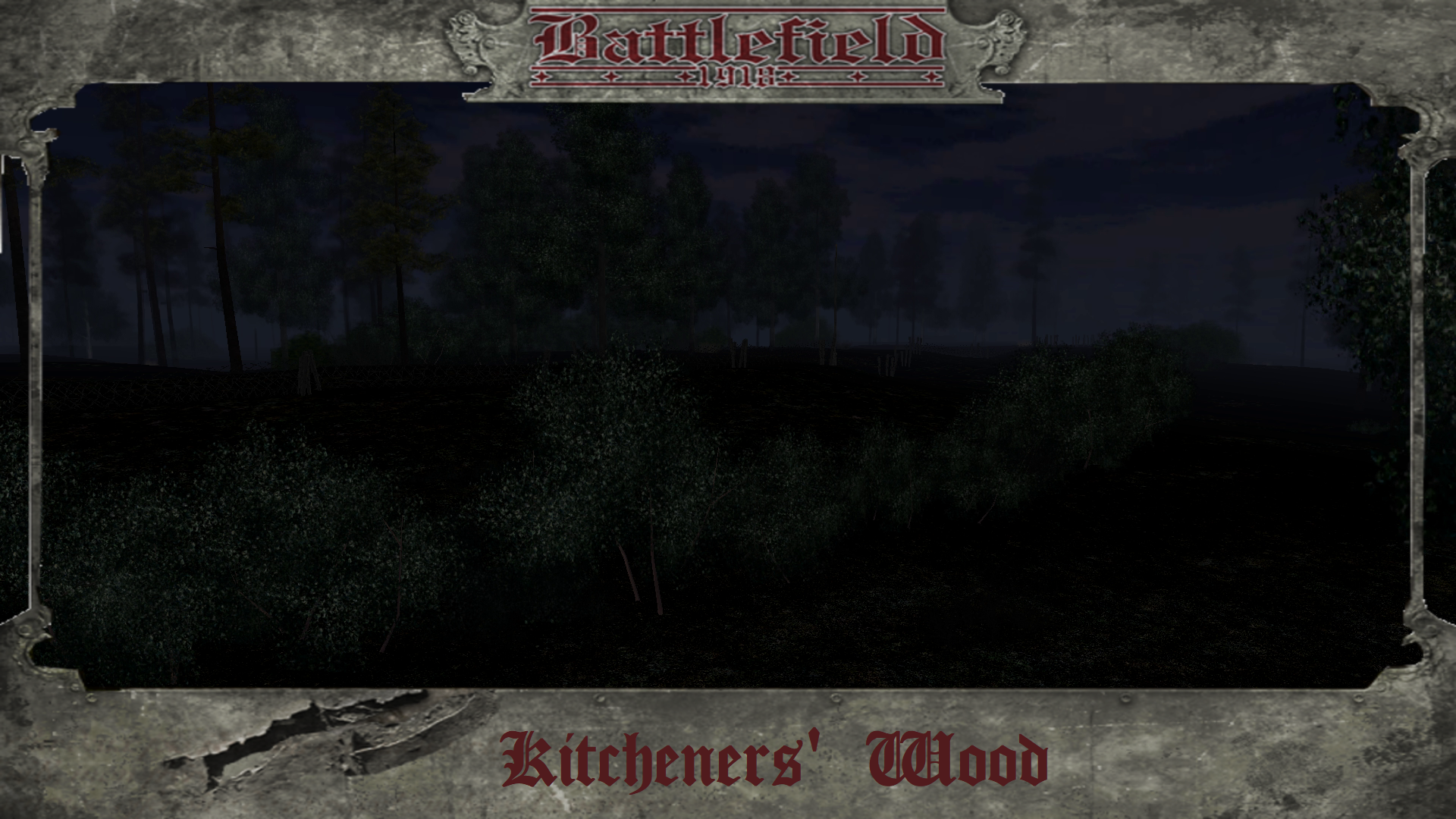 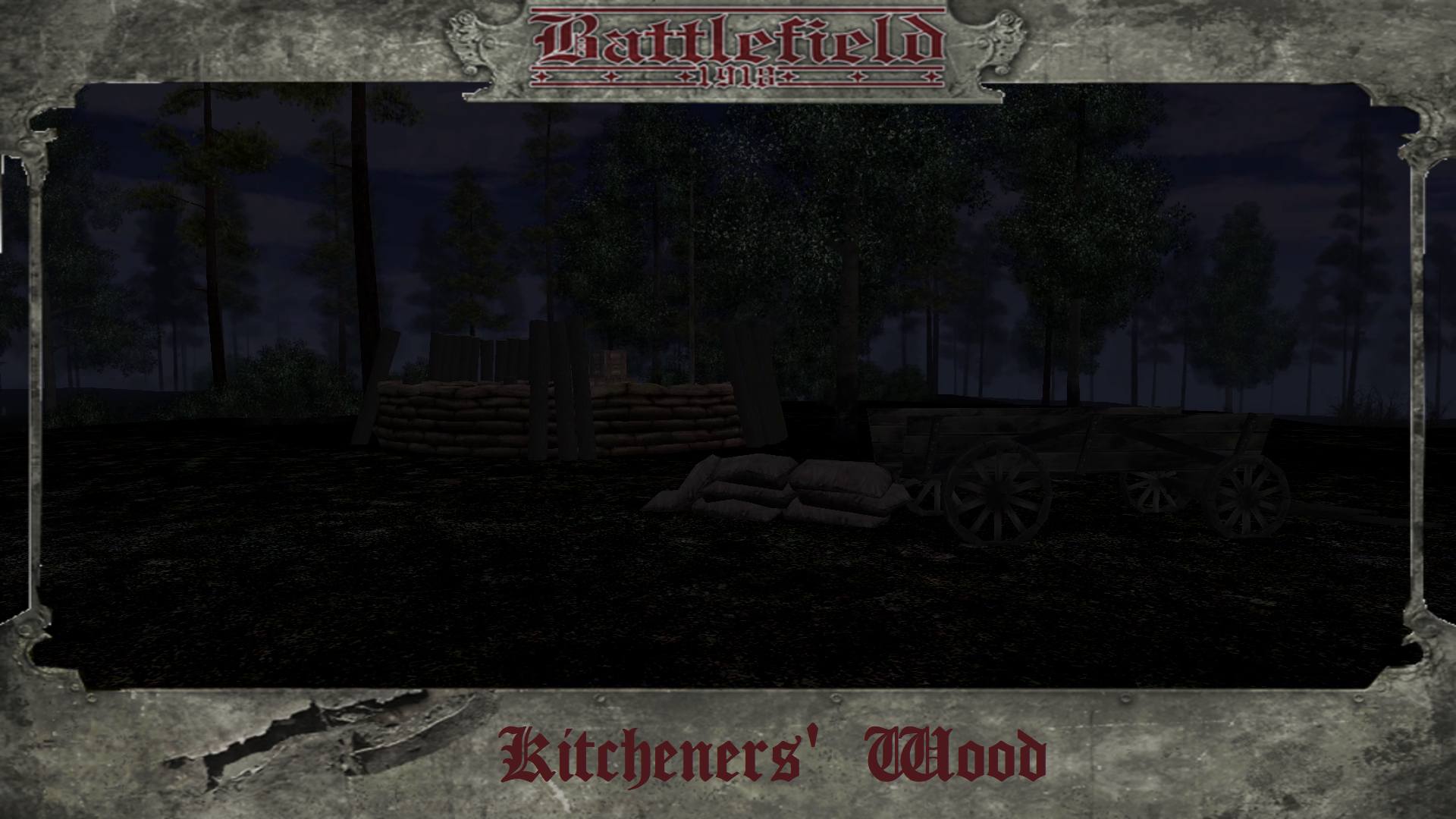 Part of the much larger 2nd Battle of Ypres in the Spring of 1915, Kitcheners' Wood itself was a counter-attack at night by Canadian troops in order to fill the gap left by fleeing Entente forces in the face of the first poison gas attacks made by the Germans on the Western Front. Despite extremely heavy losses in the woods, Canadian forces ultimately prevailed in their efforts.

With all these new features and maps fans may be unsurprised to hear that a new trailer has become available as well, which you can watch in the link below. Some attentive viewers may even spot the 2nd new faction making it's way to Battlefield 1918 as well.

With all of this news we at the Battlefield 1918 Development Team hope that you are as excited as we are and that you will continue to look forward to the day V3.3 gets released. Until then we thank you for your time and hope you have a good day.

one of the best mods

by the way here is a handy shortcut link that was omitted in version 3.2 to start battlefield 1918 without the need of starting battlefield 1942 to find the modification

the mod is awesome , i play it for a long time , but i didnt notice at all any Serbian fronts or battles , altough Serbia and the Serbian people have gived the most cassaulties in the great war (correct me if im wrong) , i wanted to ask will there be any serbian battles and troops in the upcoming updates?

Hello, if you have the latest version bf1918 3.2b, then you will find there maps with the participation of Serbia and not only. These are the maps: Battle of Cer, Bosnia, Kolubara, Assault on Belgrade, Morava Offensive and Albania. Stay tuned for updates carefully.

"At the battle of Tsingtao in 1914 the Japanese had the Farman MF.XI seaplane of 1913 that was launched from the Wakamiya seaplane carrier."

"An experiment that might have afforded a greater defensive capability had taken place on 26 January 1917. The Zeppelin LZ-80 L-35 airship took off with an Albatros D.III fighter suspended beneath it, which was successfully launched from a height of some 1.200 meters and flew safely away."