Post news RSS The 7th anniversary of Battlefield 1918 and release date for 3.1

We celebrate the 7th anniversary of the 1.0 release of BF1918 with new content for our release of version 3.1. We also have a release date for 3.1.

But now the Final Release, Major Release 3.1, is just a few weeks away. We are proud to announce that Version 3.1 will be released on

But this will not mark the end of Battlefield 1918. If version 3.1 would have serious errors or bugs we sure will fix them. There will also be a new Forgotten Honor Campaign for Battlefield 1918. If there are any news about that you will read them here. Last but not least we are planning the release of a mappack after our final version will be out.

But now we have some new content to show you.

A lot of players wanted classical WWI ship battles to be included in Battlefield 1918. We are happy to told you that were will be a lot of new ships in the new release. 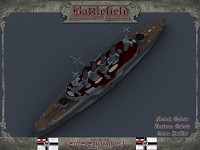 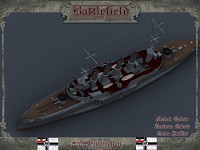 First are the sister ships SMS Scharnhorst and SMS Gneisenau. They will mark the counterpart to the french battleship Suffren which is already included. In BF1918 they are the flagships of the German Kaiserliche Marine. The battleships were modelled and textured by Cabrio from the team of Battlegroup 42. The code was provided by Hui_Bui. 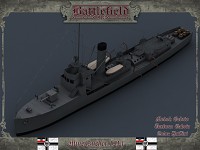 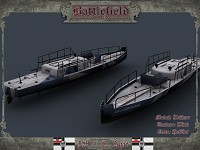 But we didn't only improve our naval arsenal. We also worked on new stuff for the battles on land. 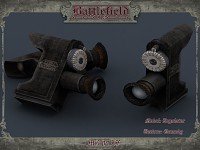 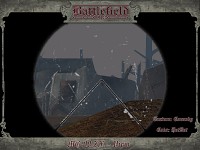 The first new addition is a scope for the German machinegun MG 08. This scopes were produced by the company Leitz Wetzlar. This version of the MG08 will be optional placed on some of our maps. It was modelled by Regulator. The textures were made by cennedy1457. The code was provided by Hui_Bui. 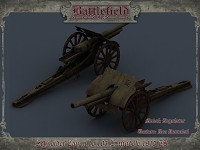 A bigger caliber than the MG08 is the Schneider Canon de 105 L. This fieldgun was in use by almost every nation on the allied side. It served in the armies of Russia, Italy and France. Its representation in BF1918 was made possible my the modelling work of Regulator and the texture skills of Durandal. 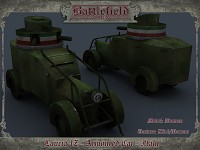 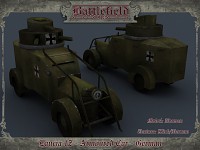 Let's stay to the allied side. In detail to the army of Italy. Thanks to the modeller Norman we are able to show you the Lancia IZ armoured car. It was developed back in 1912 and tested in the colonies in North Africa. When the war hit Europe the Lancia IZ was ordered back and was still in use in WWII. Some of this armoured cars were captured by the Central Powers. The textures for both sides were made by Norman and Klick. 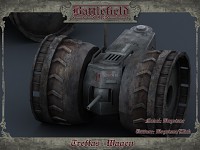 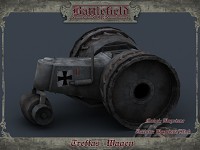 Our last object for today is the Treffaswagen. This tank will be included in BF1918 as a "Secret Weapon". In reality the project was developed in competition to the well-known A7V Sturmpanzerwagen of the German army. The Treffaswagen never left the prototype stage. It was also the only "big-wheel"-project of the German Empire but development was discontinued in favour of the A7V. It was modelled by Wegvisor and textured by Klick. The code was made by Hui_Bui.

And last but not least: If you want to participate in the creation of the new version of Battlefield 1918 then you are invited to join our team as a beta tester.

We hope that you all enjoyed this last news before the release of version 3.1!

will there be better bots?

We almost doubled the amount of bot maps and also improved the ai as much as possible in bf42. We are also working on a singleplayer campaign!