Post news RSS Last news before the release of version 3.1

This last news before the release of version 3.1 of Battlefield 1918 shows some of our new vehicles including the British submarine HMS M1 and the allied destroyer USS Wickes.

The long awaited release of Battlefield 1918 version 3.1 is closer than ever! To help you waiting the last time we have this last news for you to showcase some of our new stuff. 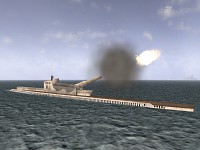 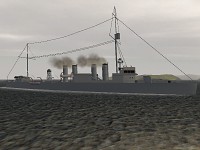 Let us start with two new ships. The USS Wickes was made by Cabrio from the Battlegroup 42 mod. In Battlefield 1918 it will serve as a medium destroyer for the allies. The british submarine HMS M1 will be equipped with torpedoes as well as a canon which will cause problems for its German enemies. The hull of the submarine is from the vanilla version of BF1942 and was modified by Regulator and textured by klick. 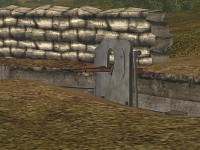 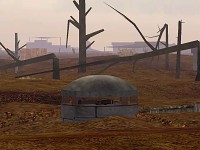 Next to some of our new static weapons in the mod. The Grabenschild (trench shield) was used by all nations for trench warfare. It was often improvised so that the soldiers were able to shoot a rifle which was covered by a metal plate. The British pillbox is a new concrete bunker. A Vickers-MG can be fired into all directions from the inside. In Battlefield 1918 this pillbox will also be used by the used by the Germans as a captured version. Both objects were done by cennedy1457. 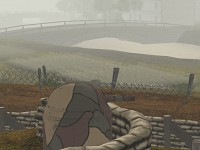 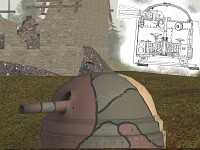 The Gruson L24 Fahrpanzer was done by Krätzer and will be used as a German defence weapon. In reality it was armed with a 5.3cm cannon and was moved on tracks.

Finally we have a new video for you which was done by Fritz Kempf. The video features the new weapons of version 3.1. If you haven't watched it yet, you can find it below these lines.