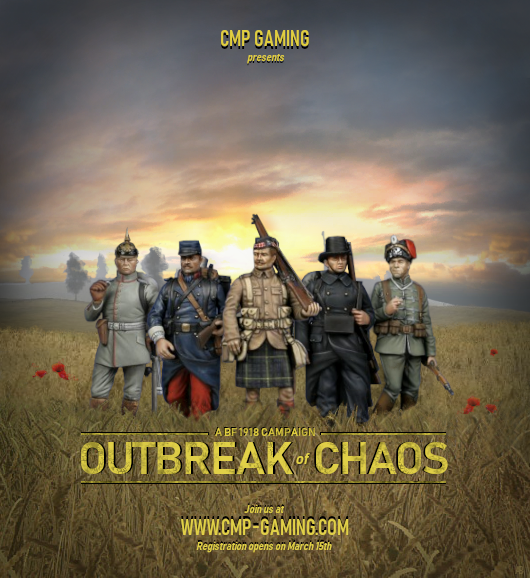 This campaign will cover the first year of the war on the Western Front and feature French, British, and Belgian troops fighting against the might of the German armies. Players may be interested to know that the campaign players will be, as typical of Forgotten Honor tournaments prior, divided up into Division made up of regiments. The Outbreak of Chaos campaign will also feature battles every Saturday, including today, so players who are interesting in joining will not have to wait to take part.

If you are interested and want to know more, or if you want to join up already feel free to visit this site and have a look:
Cmp-gaming.com

This is all with regards to today's news, although we here of the Battlefield 1918 development team are expecting to release more news soon in a few days, so please stay tuned!

Sounds awesome. I would love a tournament.

Is there any chance we could see maps involving the Italian army fighting Austria-Hungary?

First we need numbers to make a hoped next BF1918 campaign, which isn't a sure thing

Are you boys have discord server for this project?

Yes, just join CMP-gaming.com and you ll see a "join discord" button. I don't have permissions to send a permanent link

This tournament was amazing people, for those who joined, I see you all on the battlefield next time, and for those who didn't join I hope you will join the next time!