Here you are the legendary Barbarians Revenge II mod, updated by the famous and respected historian community from Russia - Imperial Community. This projects adds a lot of new 3d-models for all Rome TW factions, making full rebalance of gameplay and AOR system, and also reworking the main campaign. This is not even a mod, this is a truly gem from Russia.

FOR NOW THIS MOD IS MOD-FOLDERED AND HAVE ENGLISH TRANSLATION!!!

This version contains the already installed version of the Barbarians Revenge II 1.1 mod with all patches and updates. It is a separate folder. Therefore, no original files need to be changed. Installation is extremely simple. You need just take the folder, put it into the root directory, create a shortcut from Rometw.exe, write in Object there -mod: BRM -show_err, turn on the game and begin your conquest campaigns. No other ways, friends! Everything is simple and for humans!

Of course, this version contains some innovations besides the original mod files. We also agreed on this with my friend Haktar, main admin of the Imperial community. As we decided, its really good to show Imperial projects in other platforms, and show the best of them. And i successfully completed the task.
(We already introduced you the Imperial TW 1.3 from my good friend Haktar and me. And also my friend and amazing modder Saloth_Sar published the mod-foldered Rus TW version. You can find them in Moddb.) 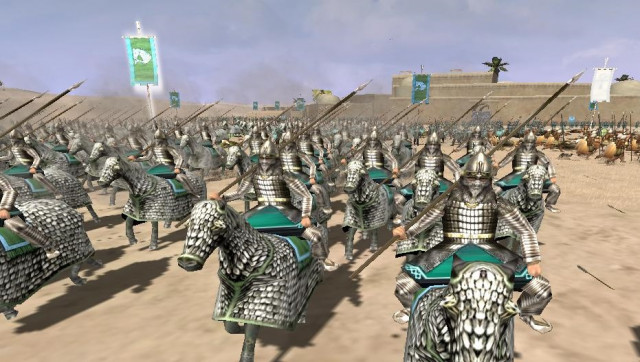 - Added full content from the Barbarians Revenge II To The Last Sea 1.1 version.

- Added skies and water from the Roma Surrectum II mod

- Added a full new music pack from BagaturKhan (i.e. from me), some tracks are really amazing!

- Fixed all bugs, which the "show_err" has found in original mod

- Added some balance changes to mod factions (esp. Carthage, Seleucids and others)

and russian versions links (for history)

Full russian pack of this mod

Its have more difficult installation and can be installed only to original Data. Its not mod-foldered.

English translation is within the mod-foldered version. This also can be available for not-modf versions.

Interesting information:
Barbarians Revenge Mod 3d-content you can find in many russian Imperial community mods and projects, especially in famous Macedon Expansion. So don`t be in wonder, if you already saw some of BR models somewhere. You can find some content from this mod even in foreign projects, like Ariaces mods and others. Also Barbarians Revenge is a "brother" of famous Pax Barbarika. To say more, Pax Barbarika was created by the same team. Thanks to the Imperial forum for its quality work, for talented people and big contribution for the whole Rome TW modding! 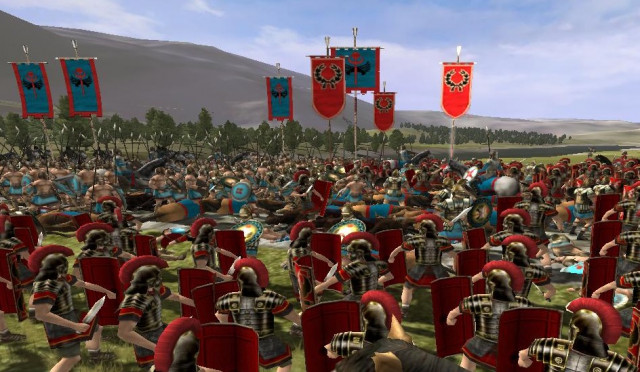 1. What level of difficulty i must prefer? whats level will be interesting?
- I recommend you Medium\Medium or Hard\Hard. Very Hard isn`t stable for this game.
2. I have an error or CTD. What i can do?
- At first, this mod is quite stable. Second, just don`t forget to make a "-show_err" words in the Object of your shortcut. Its can help to see the reason of error. Third, sometimes errors and CTDs can be because of your own PC settings (this game is old, so you must understand it). Try to check your settings and your PC too. Maybe you`re using non-official graphic patches for stable work (DirectX8 for example)
3. Why not full Roma Surrectum 2 environments? Why you added only some parts?
- Because this mod is from the group of vanilla-styled projects. And vanilla spirit was always the good thing for Barbarian Revenge mods. If you wanna make your own submod, contact me or my good friend Haktar, or join the Imperial and write there in main mod threads and maybe, you`ll get the permission to do your own work.
4. Will you plan new versions or patches?
- I don`t know. To be fair, the words like "no" or "not now" will be the good answer. If Imperial modding community will want to update it, i`ll join with a great pleasure. But for now we think, that all is done well.
6. How can i play Senate or Rebels?
- From the descr_strat. Just open it and make these factions to 'playable' group.
7. Can i borrow the models from this mod? Many other project teams are doing this!
- Yeah, as i know, Dick and Alxcruel gave a permission to use their content for Rome TW community. But don`t forget to write their names in the Credits list. Its will be the act of respect and good manners.
8. Why music pack in this mod have some battle tracks from Hobbit movie?
- Because its cool! ;) ha ha ha!
9. ENG translation have some russian letters.
- Ok, just let me know, and i will fix it.
10. I heard some not good words about the Imperial forum from somewhere. What can you say?
- Of course not. Don`t believe this nonsence and slander from people, who were kicked out from this community because of trolling and making wars. And don`t forget, Imperial forum is a very respected Russian community and known since the 2005 year. This forum is ally of many other Total War communities. Many Imperial reputated modders are working with their projects and doing the big contribution for the all Total War modding at all. To say more, Imperial - is a 'father' of many russian TW modders.

If you have some other questions, feel free to contact me in my email sanya.crohmal@yandex.ru or write me here, or you may write it in the Imperial forum.

This is the Imperial Community edition of the famous russian mod - Barbarians Revenge II. Now mod-foldered, eng-translated, stable and with some new interesting...

Hi, look i tried your mod, cavalry units are amazing i liked them on first spot in nearly every faction, but hellenistic ones are great. You need to work on stability: pontus, numidia, seleucid gives ctd without error message, i think infantry units causes it. Music is good too i like it, just remove electric guitars melodies they don't fit. Work on stability and you are on good path making very good mod and english translation is not still full but it's playable ;).Keep up good work!

Hi friend! Thank you very much for your kind words, but its not MY mod, its the project of Imperial community, respected historican union from Rus-language network. Main authors are Dickk and AlxCruel, famous russian modders. I am only the author of mod-folder adaptation and music pack compilation.
About CTDs - maybe its a problem of the PC settings or Windows 8. Mod is quite stable. About other things - we`ll speak with my friends from Imperial and with my "brother in arms" Haktar - and if it needs, we`ll fix all things. I`ll check again this mod in some days.
Thank you again for your report! Cheers, friend!

Anyway, you did a great job making it mod-foldered, thank you, i have instaled few mods: rtr, lbe, hl and didnt experienced a single CTD yet (cd version game), am using windows 7 still :) it is better for gaming...i will look again but i doubt its pc settings problem. All the best buddy!

thank you again, friend! as i said, we`ll check again all files and if it needs, upload the bugfix.

the menu is not in english

Sounds like you installed the eng-translation wrong.
Menu and 80% of mod must be in english. Try to put all files from the english translator (its within the mod folder) to brm/data/text and overwrite all.

thanks for the reply,found the text file it is translated now

This is the Imperial Community edition of the famous russian mod - Barbarians Revenge II. Now mod-foldered, eng-translated, stable and with some new interesting things.

We also agreed on this with my friend Haktar, main admin of the Imperial community. As we decided, its really good to show Imperial projects in other platforms, and show the best of them. Imperial! Its the word of the Best content!

Hegemonia City States is a complete modification of Rome: Total War based on BI. The mod is dedicated to Hellenic history and the wars of the Hellenic...

Relive the campaigns of Alexander the Great, Take control of a faction and forge your own path to greatness.

Imperial Crisis III is a mod set during the 3rd Century AD Crisis of the Roman Empire, and tells a story about campaigns of Emperor Aurelian

The Iberian Conflict (TIC) is the first release of Rome: Total Realism VII in 2008, followed by Fate of Empires (FOE) in 2009 and finally the Grand Campaign...

Whether you would like to be Amazons for their mobility or Romans with artillery and minefields or assume command of a long lost civilization, the Far...