Well you guessed it.. a BoB mod. I got so tired of teams actually starting something, getting your hopes up then not following through. So me and a couple of my good friends here are doing it the old fashioned way: D.I.Y.

I say a couple of my good friends because its better to have a small team who you know personally will work their asses off for the mod than a huge team that can't be bothered to do much work. But we won't be ruling out the option to recruit more people we know could really help the mod come along.

The mod is going to be tight knitting with the original mini series, the novel, and the events that happened to the men of Easy Company in the 506th Parachute Infantry Regiment of the 101st Airbourne. The places, weapons, vehicles and characters will all be made based on the series.

Training - Spend a little time doing some basic training at Camp Taccoa, Georgia. Learn how to maneuver yourself, practice with firearms, and compete with the rest of the squad on the obstacle course before running Currahee.

Singleplayer - You play as part of Easy Company, jumping into occupied Europe, missing your LZ and regrouping with your team. You can command your AI team mates into battle and lead them to victory.

Multiplayer - Team up with friends; pick allied or axis sides. Maps will be based from the series - fight through the forest of Bastogne, take the town of Carentan, fight to take the cross roads and more. You must use teamwork and strategies to overcome your enemy.

Were taking our time to put as much work and detail in as we can, but the team will keep you up-to-date with media and let you know how we are getting on with the mod. So as this mod will take a long time to produce, we'll still keep you in the picture of 'where we are'.

Hello! I know some of you had got some doubts about just where the mod was going but from the very start i said i wouldn't stop working on it. The past few months have been a little hard with uni work etc. for us, as well as some personal health problems - but we won't go into them! - but we'd just like to thank everyone for all the support through these hard times, so thank you!

While we've been busy with other things i've kept going on it myself in my own personal time. the new HUD is almost complete - new main menu is finished. Now i must admit im not to hot on the subject of coding but i've been learning along the way - so i may have another talent yet to give back to the mod alongside the massive help from d4rkc3ll!

I'd just like to personally thank all the community out there for your continuing support and encouragement with the mod - you guys have been great! 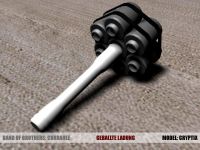 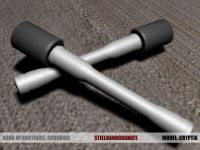 Last but not least, check out the image gallery as i've uploaded 2 new media for you (see above) - they're wip's. I'll have more media updates on the way (inc. some map previews!), but for now stay safe and have a wonderful Christmas from all of us!

Hello all! Right well since i've been working on the vehicles for the mod this has been time consuming so i've brought a new modeler to the...

The site is really taking shape now - thanks to D4rkc3ll. Hes added shoutbox as well - so get posting! I have started work on the GUI and HUD, more weapons...

Hello all! We've finally gotten ourselves organised and registered at ModDB. Shout out goes to Tarky for helping us out! Just thought that we should...

Irony is a funny thing...

"I got so tired of teams actually starting something, getting your hopes up then not following through. So me and a couple of my good friends here are doing it the old fashioned way: D.I.Y."

BEFORE:
"yay a band of brothers mod which should be good like the 10 part movie"

AFTER:
"this mod died and dropped out like poo"


and which 1 of the characters do u play? im guessing its probably MJR. Winters or FSGT. Lipton or malarkey

holy crap man u needa contact me when ur first part comes out i wanna try it so bad cool_ronald20@yahoo.com

"..I got so tired of teams actually starting something, getting your hopes up then not following through.."
pretty ironic heh?

So whats the lastest...

This looks really good. I am a big fan of the miniseries. It is amazing, though, how many of the Band of Brothers mods have died. Hopefully, this one actually gets released.