Autumn Sunshine soon will be released in updated edition

Autumn Sunshine, a global modification for GTA: San Andreas dedicated to the autumn time, soon will be released on Mod DB in updated edition.

What is Autumn Sunshine?

List of changes is huge. This is and visual changes that make game more beautiful, and new opportunities in gameplay.

In mod you can see dynamic falling leaves, and already fallen leaves on the pavement and grass: in squares, forest, on the roads... You can see autumn trees — yellow, orange, red and, sometimes, still green, as always in warm autumn. Fog in the morning and in the evening. Special atmosphere sounds: cawing of crows in the morning and, sometimes, subtle rustling of the wind...

Also in mod is using ENBSeries graphic library that is specially configured for mod (using of palette makes the image more pleasing); with special menu users can easily configure graphic for their computer. 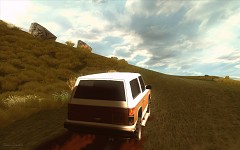 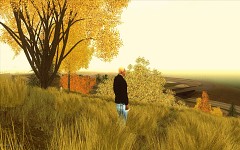 Mod, as it was said, have a lot of gameplay features: wild animals in nature (this feature came to mod from mods-precursors — Spring Season and Endless Summer — but have been improved and expanded; for example, in autumn mod was added a new animal — the coyote, you can find it in the desert; also you can meet two species of wolves, two species of bears, foxes; you can see your friends hunters with their dog and near the farms you can see chickens and roosters); hunting; ability to buy Hunter's House... In the Angel Pine village you can visit the exhibition of biggest vegetables in the state. 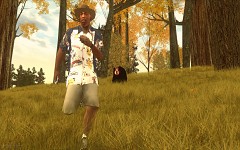 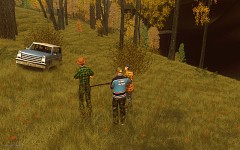 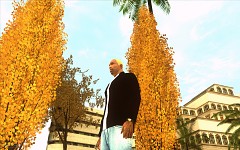 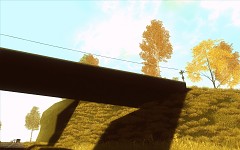 Autumn for many people also associated with Halloween. Residents of the state are preparing for this holiday and arrange pumpkins and other festive decorations near their homes. You can dress in Halloween costume and when it considers that it is time to start the holiday, you can set the costumes for residents. 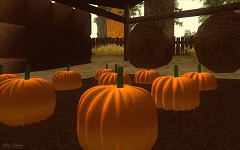 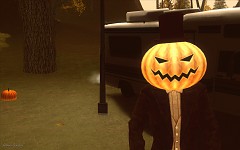 And these — not all features of the mod.

About original version and updated version

The release of updated version of mod was delayed many times; initially mod could be released in October or November, but, as is often in me case, the desire to do everything in the best way prolonged the work. However, original Autumn Sunshine was not also released in autumn, as Endless Summer originally was not released in summer.

In 2013 I have decided to do updated and improved version special for release on Mod DB. Everything was started for new English translation, but, were eventually improved many nuances (about these you will know later).

Let me remind you, that (almost) all The Seasons mods were released in updated versions on Mod DB. Spring Season 2.0, the spring modification, have little updated version with some fixes. Endless Summer was updated very much: graphics and other things are better now, mod is more beautiful and faster.

Wait for release, if you like the mod, and thanks for your attention.

Videos and screenshots in this news were captured in original version. You can see also Halloween video.

All these videos are available and on my YouTube channel. I will be glad, if you subscribe.