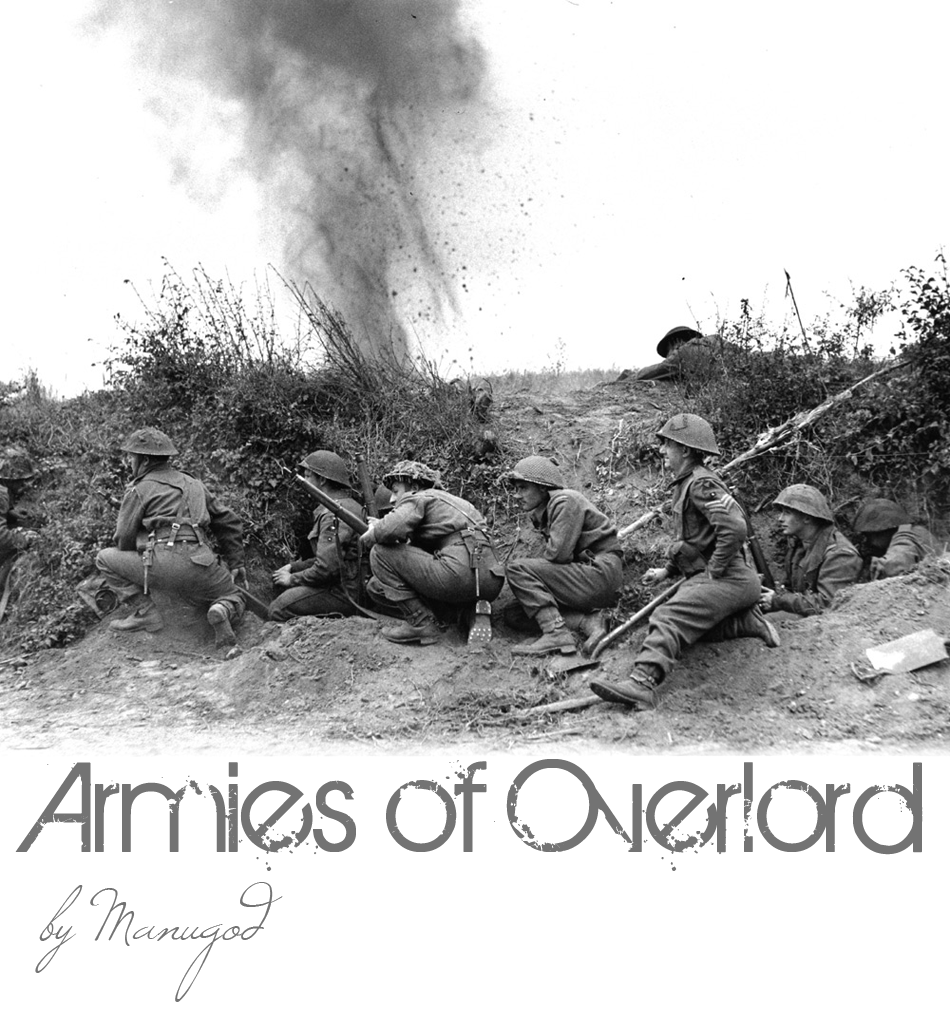 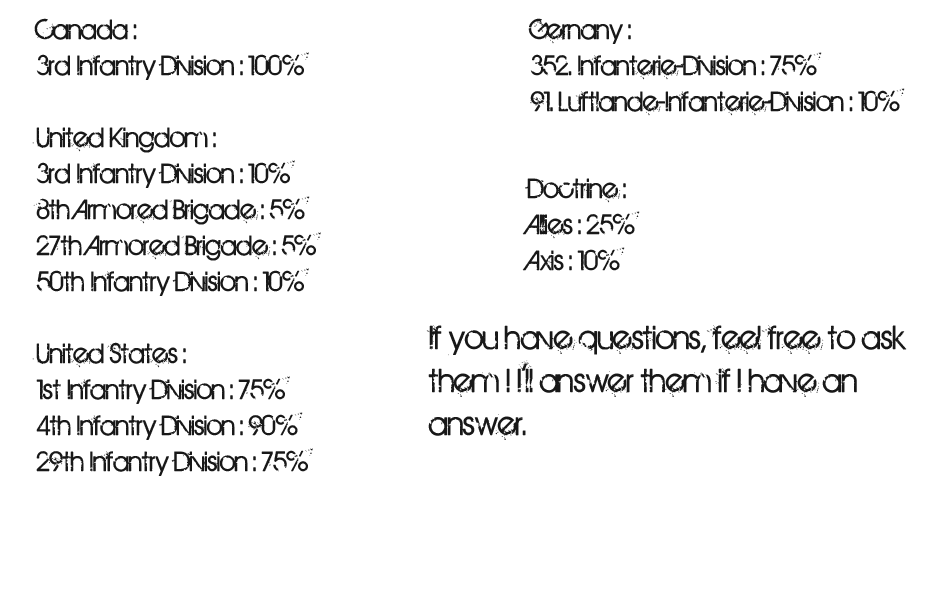 I need 200 characters so lets fill them with unecessary stuff :D

As you have seen over the last few months, nothing is really moving. The main reason behind this is my personal life, since we have a huge shortage of job were I live, I do not have a job and must continue paying the bills on top of the money the government lend me for my studies. So all the time I have is focused on finding a job and the three welding course I took during the evenings.

Basically, the mod is almost dead in term of progress. AS for where I am in term of what needs to be done here is what must still be done.

General
-Polishing the combat values and stats of the different units
-Polishing the units cost/time of deployment
-Choosing the way and size of the units (Team/Squad/Platoon)
-Having a basic version playable and winnable for both sides (German are pretty much steam rolling as it is now)
-Fix the A.I (Sometimes it does things, sometimes it don't)

So this is where I am as of now. Lots of things need to be completed. I must do with what is available in the game and what the community is providing because outside of skinning and value changes, I can't do much.

Anyway, hope I can do some work to show for you guys/gals.

Let's keep on with some news and stuff with the V.W.S 2 !

Let's keep on with some news and stuff with the V.W.S !

Today's update is about the United States 4th Infantry Division.

Here an update about what's going on with the 3rd Canadian Infantry side of the Allies and other stuff.

I think you figured by now but this is Dead, I have no time to work on this at all anymore with work putting crazy hours so I can go to a professional school.

Maybe one day I'll do it again with CoH 2.

Can you just release it?
unfinished?

Invasion 44 is a dead end and West Front is playable but not finished.
This is the only new mod left focusing on having realistic military units and divisions that took part in Overlord, I can only wish you good job hunting. Do you at least have another doctrine tree to upload?

(I haven't forgotten N44, but that's an elite mod and difficult to compete with.)

i'm still secretly making a mod like invasion 44 it shouldbe done by june if u wanna play it with me in june privately orsomething...

-- it also has a scar-coded scenario on 2 maps, addeville and attaque la ville

At JesusOfCalgary
That's great news. Too bad I have a lousy internet connection were I live now. Not sure when that will change. Sigh...

Yes, they are and that's all good. What I meant is that the work they have done over the years is on an entirely different scale compared to a non-released mod. Corsix coding is tedious work. I have tried.

They also include Operation Market Garden units, so my mistake.

how is going the job fellas? please tell me that this mod is not dead ç_ç

As things are now I'm searching for a job since bills won't pay themselves. I'm also attending a professional course, so all the free time I have is to eat and sleep. The only thing I can do from time to time is working on the vehicle combat, infantry combat and weapons stats since those are only value changing.

Basically, it is extremely slow. I will post an update on the situation and where I am in the work.

Cross of Iron Company of Heroes