Our team, consisting of 7 permanent members from Russia and CIS
countries (Kazakhstan), has been developing a global Singleplayer add-on
for Unreal for several years. The purpose of our project is to create a
high quality mission pack with a certain Unreal lore-friendly
storyline, and what is the most important – with the original
atmosphere, made in the unique spirit of the game.

With this, our project is not supposed just to be a sequel to Prisoner
849’s adventures. We see Another Reality as the peculiar compilation of
the ideas inspired by pre-release versions of the game such as Unreal 97
and Unreal 95 Beta, as well as the ideas of the official add-on, Return
to Na Pali.


This is the prehistory of the game scenario:


Some time later, after Prisoner 849 has left Na Pali and brought the
UMS warship Bodega Bay down, the UMS command is sending another cruiser
UMS Bulat, with the same task – to pick up the blueprints of a secret
weapon and gather highly important information. In addition, there was a
minor problem, to find out what could have happened to the first ship
sent to the planet.

The main hero is a soldier who, along with others like him, must land
to Na Pali and find one of those two UMS ships, which had wrecked there.
So, the soldiers sit in their dropships, by two mates in each ship, and
swoop down to the planet.

At the same time, Bulat is awaiting for them at planet’s orbit. And
although the military act very cautiously this time, and the landing is
made at the dark side of the planet, things are getting worse anyway.
The Skaarj are pissed off enough by people scurrying about on their
territory and as they notice the cruiser, they start attacking it from
the surface of the planet. By this time the dropships have just started
landing, but haven’t get away from the cruiser far enough and so when
it's destroyed, a massive blast absorbs some of the ships and others are
being damaged by the shock wave, and they start to fall onto the
planet. Protagonist's ship is overtaken by such a fate. He, hardly
controlling his damaged ship, tries to perform an emergency landing, but
getting closer and closer to the ground, he understands that he will
inevitably crash and catapults.


For now, we have the full scenario, which contains the description of
all the 30 levels that are to be made, their game order, which is
balanced with the storyline and go together with the events of the plot.
We have about fifteen levels on different degrees of completion, nine
of them are part of a public Beta-Demo.


Now about our plans.

First of all, since almost all the levels created by us have a number
of different bugs and defects, it’s supposed that after the main work is
done, we will do "major repairs", completions and fixes of all the
maps. We also plan to make an opening scene as a short movie, but now
it's only at the stage of an idea. I really hope that after that the
project will become really better and we'll gain more experience, of
course.


And now we wish to speak to those who have read all this large amount of text and considered that it really makes sense .


Many people supported us and our work on Another Reality project since
its beginning. And it’s really great and inspiring. But life’s hard and
there’s always a reverse side of everything.

Speaking about projects like ours, made by the group of amateurs living
in different cities, it means that the most 1\5 of all those
enthusiasts who tried to help us really did influenced the project. And
less than a half of them stayed and continued the work permanently.


That’s why our team is always open for new members.


We, the dedicated Unreal fans, see our mission in giving you just a
little more UNREAL, you – those who really appreciate the unique spirit
and atmosphere of this game. And we believe that there are always those
who can share our thoughts and who are ready for giving up some free
time and energy to an affair that is truly sacred for unrealers like we
are.


But there’s one important thing about the potential AR team members:

THEY MUST SPEAK RUSSIAN.

Yes, unfortunately this is necessary. This text is in English, and the
add-on itself is made for English-speaking players too – all thanks to
the two people of our team who are not only engaged in different sides
of project developing but also can speak English. They can make our
communication possible but it’s not enough for successful work, and the
lingual barrier will inevitably cause too many problems.

Anyway, feel free to ask any questions, leave comments and feedbacks – this won’t be a problem .


And if you CAN speak Russian and want to join us, then we suggest you to take one or more than one of different duties.

Of course, the basis of every mission pack is level building.

Only three of us are the authors of all the levels that are done or are
in production, though the most of people who had ever been in AR team
somehow tried to make levels too. And in addition, it seems to be only
me of this three who can do it regularly. So, every mapper will be a
great addition to our crew, and a great help to the project in general.

We welcome every talented mod maker. And be sure that the hard work will be estimated at its true worth.


Those who decided to try himself in Another Reality should also
familiarize themselves with Unreal 95 and Unreal 97, ‘cause these are
also the sources of our inspiration. (Not to speak about Return To Na
Pali – I believe everyone had played it)

Since patch 227G from international Unreal-community had been released,
we decided to make our add-on playable only on Unreal Gold version 227G
and higher (earlier we had some thoughts about v.436 and Unreal
Tournament).

But anyway we don’t reject UT and UGold v.226 as the tools of
development. Editors included in there are well tested and make us a
kind of insurance when we test other editor versions.

Naturally, for testing the final results, every team member must have English version of Unreal Gold version 227G and higher.


And in addition I want to say that the probability of beginning and
further development of this project would be extremely little, without
the existence of this site - Old-Games.ru. This resource, not
only gathers together many tireless enthusiasts and followers of
classic games, ready to assist each other in word and deed, but also
inspire them to the creative exploits.

Also, we wish to thank Unreal-Level.ru for helping our
skills in Unreal Engine 1 and Unreal Editor v.1 and 2 increase.

I hope you'll enjoy our work and feel Unreal, playing Another Reality.

Only one level has been in development over the past year and it is called Soledad2.

Thematically, this level is a temple of the extinct Nali culture (their religious views were somewhat different from what we can observe among other representatives of this people). In terms of the gameplay, Soledad2 will simultaneously check the players, both for attentiveness (you don't have to wander a lot in search of a way out, but it will definitely be useful to recognize suspicious places with traps in advance), and the ability to emerge victorious from the battle (the variety of enemies and the number of available weapons here high enough).

This level is the 10th in a row in the overall campaign plot. 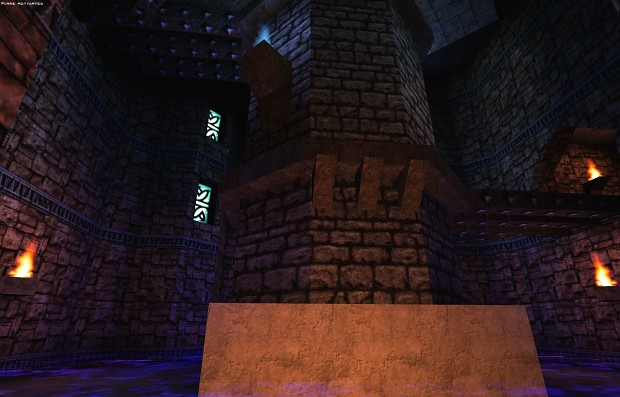 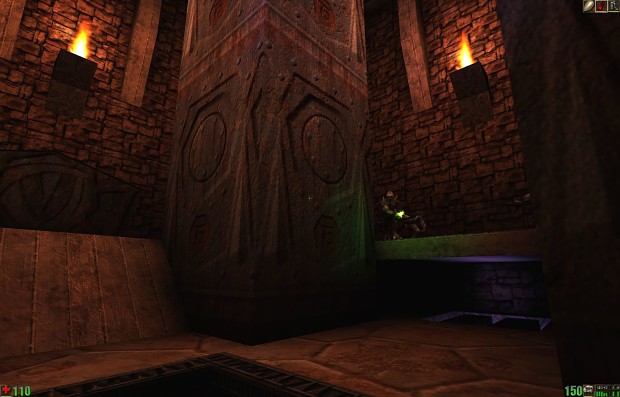 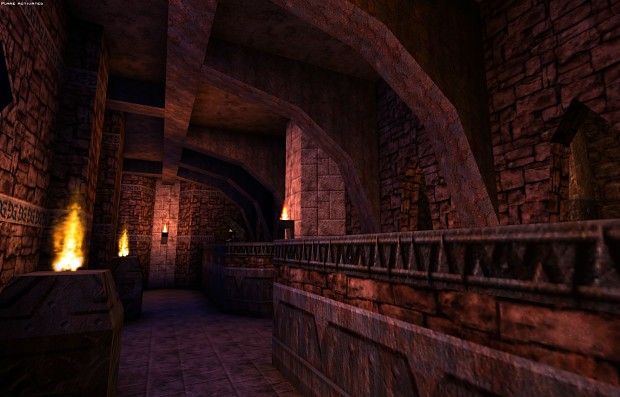 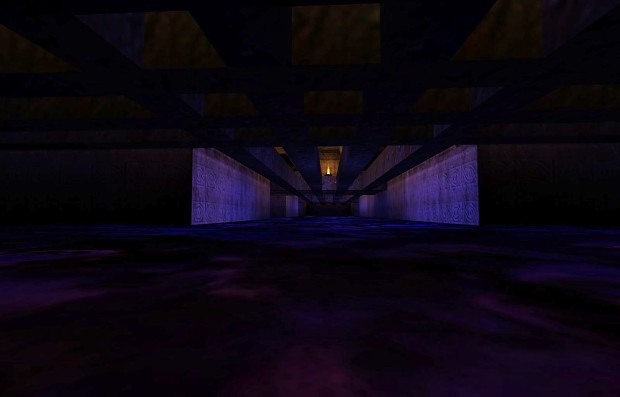 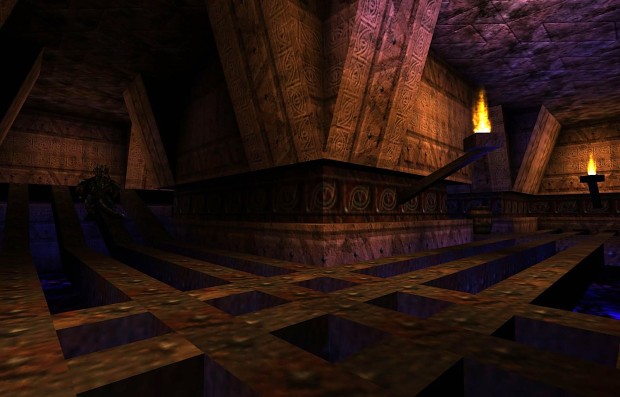 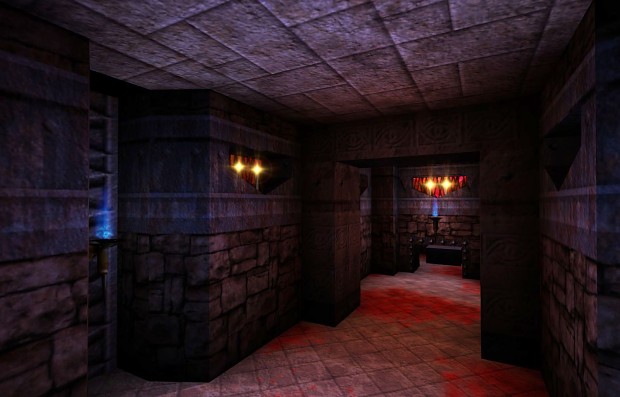 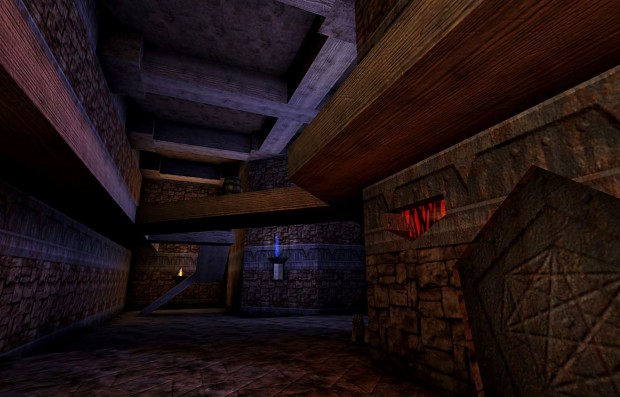 Maps number 6 and 23 are finished

The castle in ice and The High-Tech class Mercenary ship

Playable part of created content for AR. It contains ~9 maps.

Hey ! How is the team doing ? I'd love to play this one day, wishes you the best !

Greetings! I should have written earlier, I confess that I have not been here for a long time. During this year (2021), work was carried out only on one level. It is called Soledad2 and at the end of the year, screenshots from this map will be shown =)

I think, by the middle of next month, we will have something to tell about and what to show.

Please, recall me how to install and launch U-maps/mods in Steam version or where it could be possible to read.

Single & Multiplayer
Tags
Embed Buttons
Link to Another Reality by selecting a button and using the embed code provided more...