Ever wondered who Marius is? What started the Second Antarean War? Who the Cinnabarans and the Foyeri are? It's time you check out the whole universe behind our mod.

Posted by AStepIntoOblivion on Sep 16th, 2008

Welcome to the Angels Fall First Universe Wiki, an extensive reference of our vast universe, currently hosted in the site of one of our projects, AFF: The Second Antarean War. 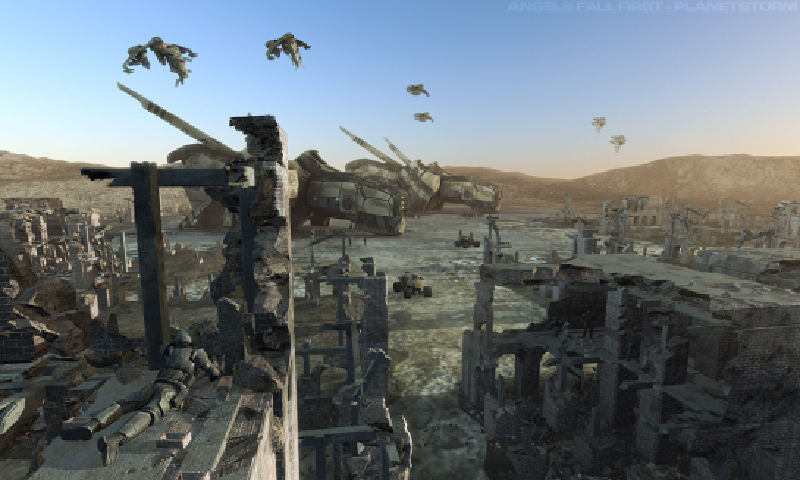 AFF began as a loosely affiliated collection of short stories set in an original sci-fi universe and has since branched out to encompass several projects including the predecessors of our current projects: a Homeworld2/Nexus total conversion, an Unreal Tournament 2007 conversion, and an original space shooter - Iron Angels. Current projects are the AFF: The Second Antarean War and this mod, AFF: Planetstorm for Unreal Tournament 3. Featuring new units, weapons, and a brand-new, totally original universe, the AFF Project hopes to redefine strategic game play.

The Database, available to you here, has been converted so that ''you'' can assess it without the need for a Second-Spine neural link. Here within lies, a multitude of files, informational briefings, entries, explanations, and other intelligence documents from the Angels Fall First Universe.

For quick browsing, here are provided links to choice entries:

The original collection of short stories that started it all:

And some quick links to guide you through our database:

Welcome to our universe. 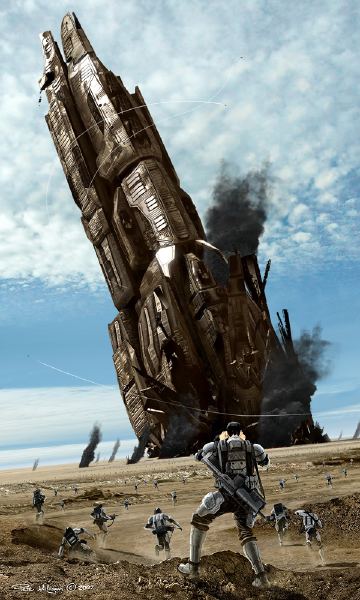 Oh god thats incredible. Please tell me you can fly those ships in the first screenshot! Those huge ships are awesome. Also awesome drop ships would be sweet. This totally reminds me of my Planetside days, in a good way!

The Cicadas (those are the dropships, and no they were named long before the UT3 Cicadas were named heh) are playable, but will probably be relegated to an automated 'spawning' role for the ground maps.

On the other hand, the escort Locust gunships and the buggies are fully playable. :)

Well, this looks ten times more original and interesting than Unreal Tournament 3. Been waiting on a media update from you guys and I must say: very wise you waited with it. This way you could really make it impressive and show something representative. Nice work!

Ever wondered who Marius is?

What started the Second Antarean War?

Not even a little bit?

D: But surely you must have wondered who took all the cookies?

I'm not telling but it wears red and white. XD

ever care who Mr.Kadish Is?

I did :) And i love your universe.

Top work guys.. love the concept art and the models and overall feel of the whole mod looks great...

Looks cool, although i dunno the storyline ... you should keep that in mind if you guys are developing an SP ... not everyone will know whats going on if you use the terminology and names from the series without proper introduction :| ...

Indeed. We're probably going to incorporate a few introductions into the game. But the UT3 mod gameplay itself is pretty much intuitive and doesn't need you to know much of the background history, if at all. :)

Great SS's, and love sci-fi story's, going to read every one, thx.

Oops. My bad. Apparently they are named Cricket... not Cicada. LOL, I got my insects wrong. >.<

Nice,I need to buy that game so I can play this awesome mod

this is awesome, the only reason why I would buy UT3. Did you guys ever finish the Homeworld2 and Nexus total conversions?

The HW2 conversion released a v0.8:

Further development seems unlikely as the interest has already flagged down for hw2 mods. :(

The Nexus mod didn't get much headway after the bankruptcy of its publisher Mithis Entertainment and the repossession of the game engine BlackSun by the Hungarian government. We tried to get them to release it to the public and us modders, but no luck even finding a way to contact them. :(