City 12 is about to be free once more.

To avoid a full uprising, the Combine has agreed to formally restore human rights in City 12 and allow limited human self-governing. The treaty will be signed in just a few days. There's doubt the treaty will actually be signed. To put more pressure on the Combine, the resistance is about to assault key civil protection stations in the downtown area. Freeman unexpectedly arrives in City 12. Unsure what to do with him, they ask him to lead the assault on Sector V.

This is Demo 10, a development snapshot of Altered Transmission. The mod is not finished and probably never will be as I was too ambitious and it is too much work realizing my vision for it. Nonetheless, with a strong focus on gameplay, all the neccesary maps have been made and the mod is fully playable from start to finish. There's no voice acting, but the story is told through subtle environment details. A few maps are still have rough graphics, but they are all playable. Please ignore any obviously unfinished aspects of the mod.

This is as gameplay test. I'd really like to know what you think of it. There's lots of ways you can give me feedback: 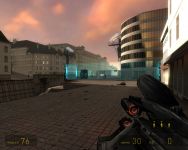 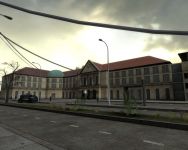 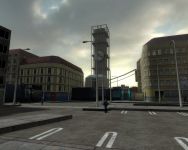 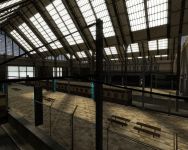 i have a bug, on AT_04, right after the citizens start running, and you see the explosion in the sky. right after you reach that part, the game crashes without any warning, no freezing, no lag, no FPS drops, it just closes out and leaves me staring at my Steam library,
since my OS isn't compatible with the Steam SDK 2013, i have Altered Transmission running on the Episode 2 engine (just took some tweaking of the game info.txt). but is there anything special that occurs at that point in the game, that could cause Episode 2 to crash? like some special file that Ep2 lacks?

the crash also happens at a few other points early in the mod, like AT_06, right after exiting the tunnels onto the streets, the screen goes white, (presumably from a distant explosion) and sometimes it crashes, sometimes it doesn't. but i also have the same problem in AT-07, the screen goes white (in several different places) and then it sometimes crashes, it doesn't crash as often if i'm indoors, but it still occasionally crashes, any ideas?

Yes, but at a slow pace due to other projects. I intend to do a release of Demo 11 with new content and a number of bug fixes and general polishing. Demo 10 is good, but a bit rough in my opinion and I want to do another release to get closer to the quality I expect from AT. This will likely happen whenever I can dedicate some weeks, or maybe a month, to working on AT. Likely sometime in the next year. I have multiple mature projects and think on a timescale of years.

Impressing one-man mod. While a few parts are a bit rough and unfinished (as he points out) the ones that are done are mostly incredibly detailed and look professional. Difficulty is occasionally insanely high, although that may be a good thing after all.

I got to some part were there is a barricade with two turrets manning it and a scaffold nearby and a ladder out of reach and I couldn't figure out what to do so I gave up. Does anybody know what to do?

You have to knock down a turret using gunfire/explosives. That was trained in an earlier map. The gate opens once you knock down a single one. I've made a note to think about what happens if the player doesn't solve it.

I remember only one part about barricade with two turrets. I used revolver. Pic plz?

It's alive! And it's good. So, who controlled City-12? Or would it be mystery forever?

Thanks! Demo 10 contains enough clues to figure it out but it is never directly said.

INTO THE BACKROOMS Half-Life 2: Episode Two