I have combined aspects of my other mod, Aliens: The Ultimate Doom with Aliens (TC) .

Expect updates in the future. 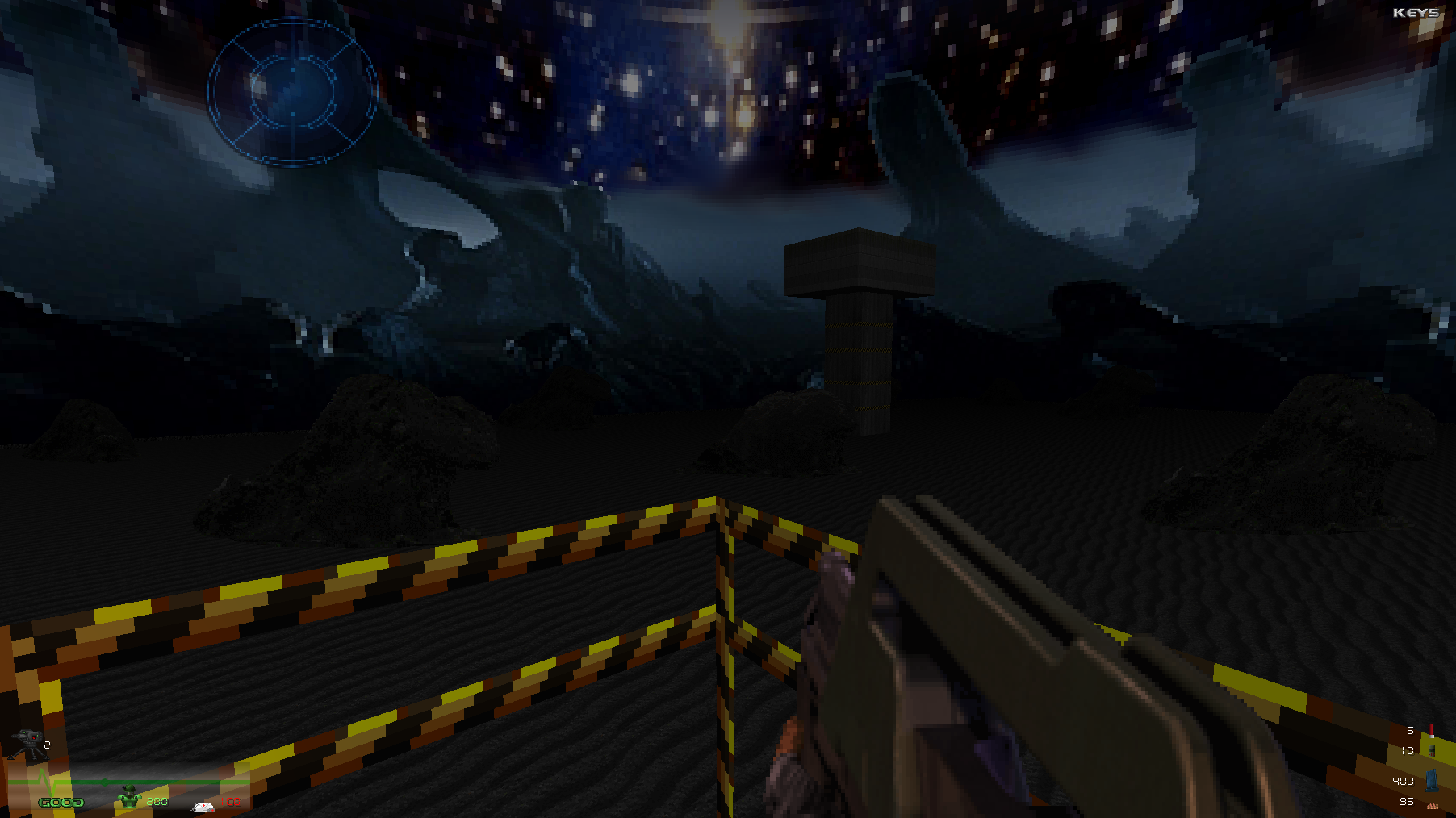 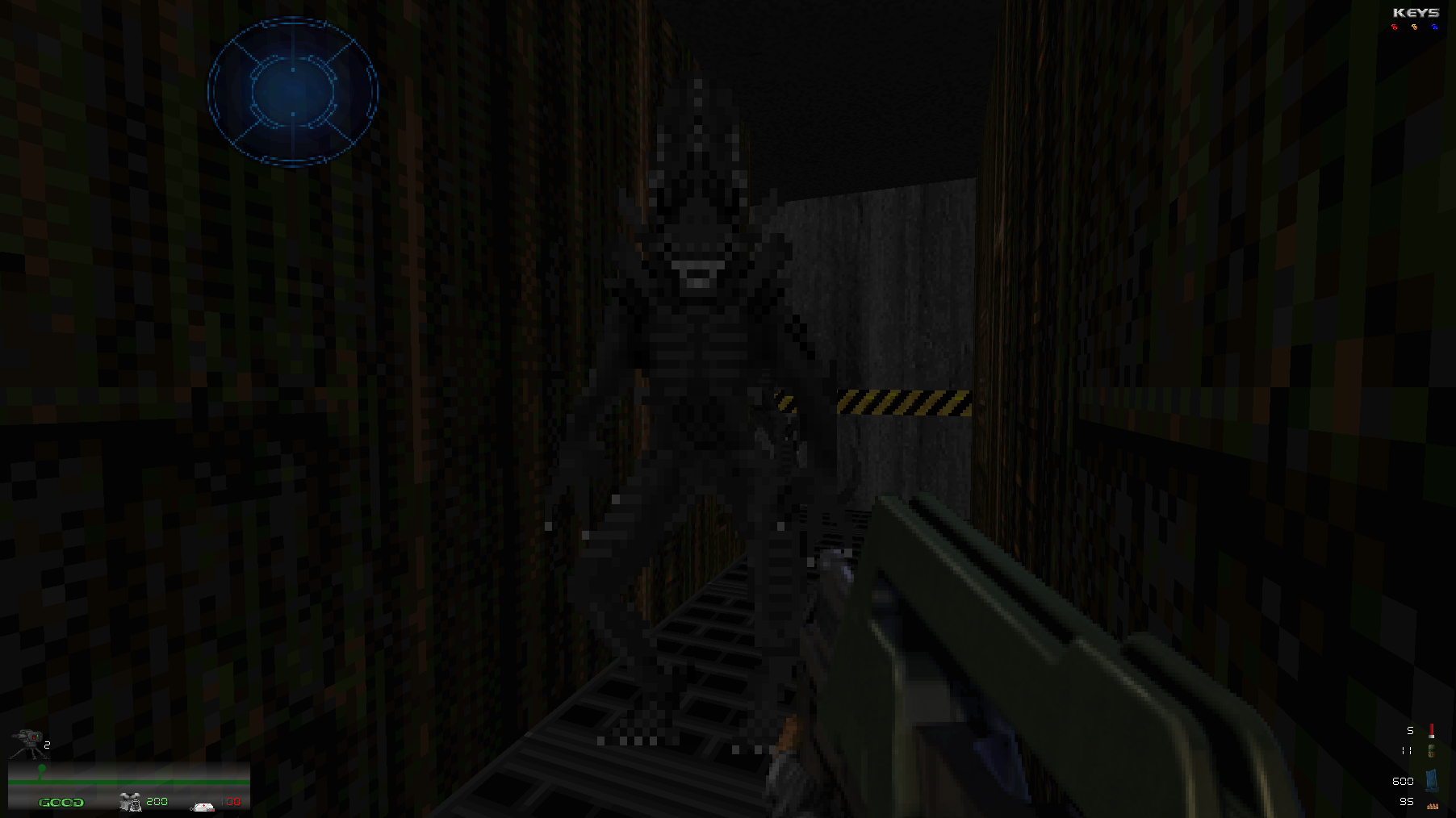 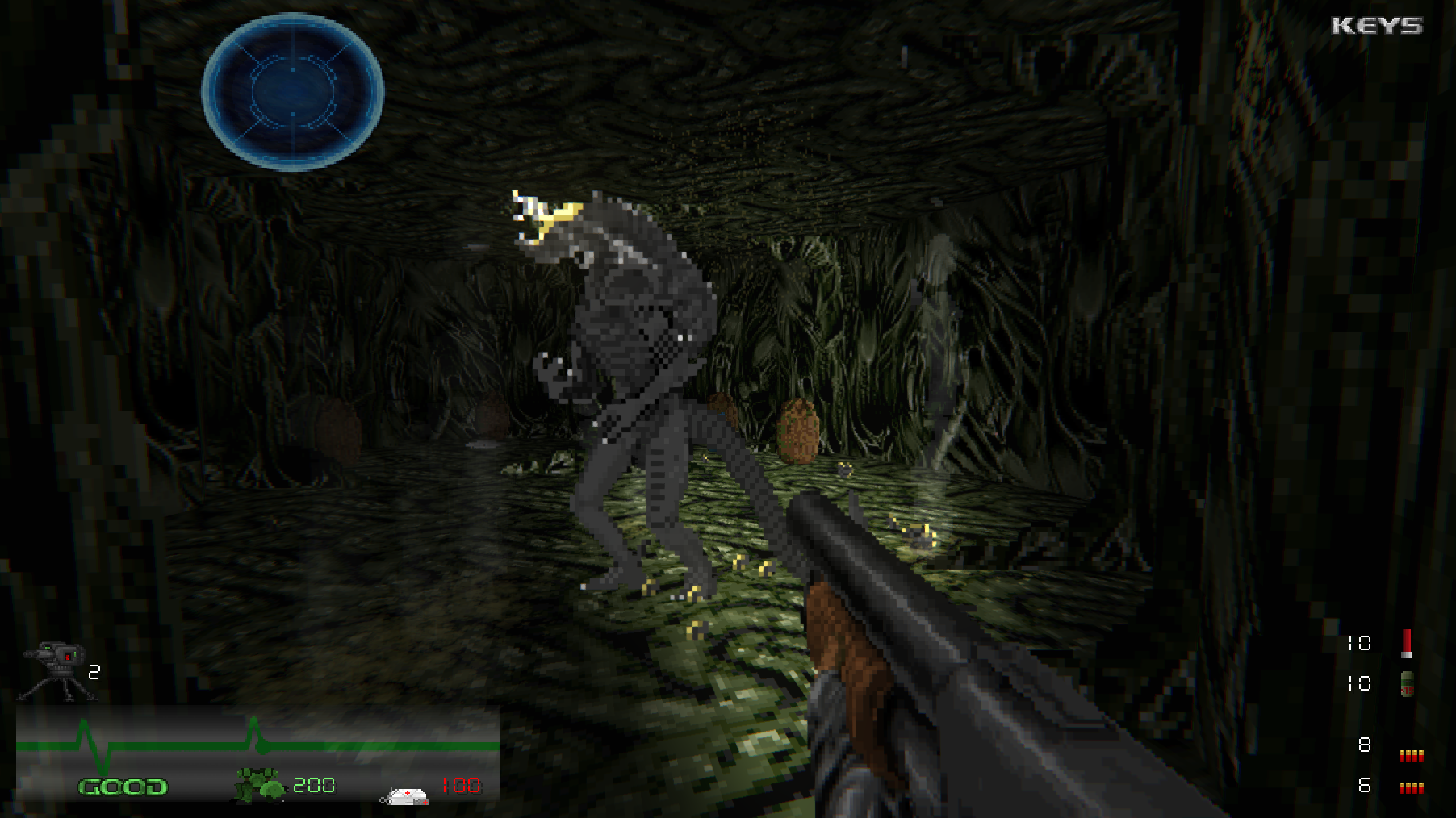 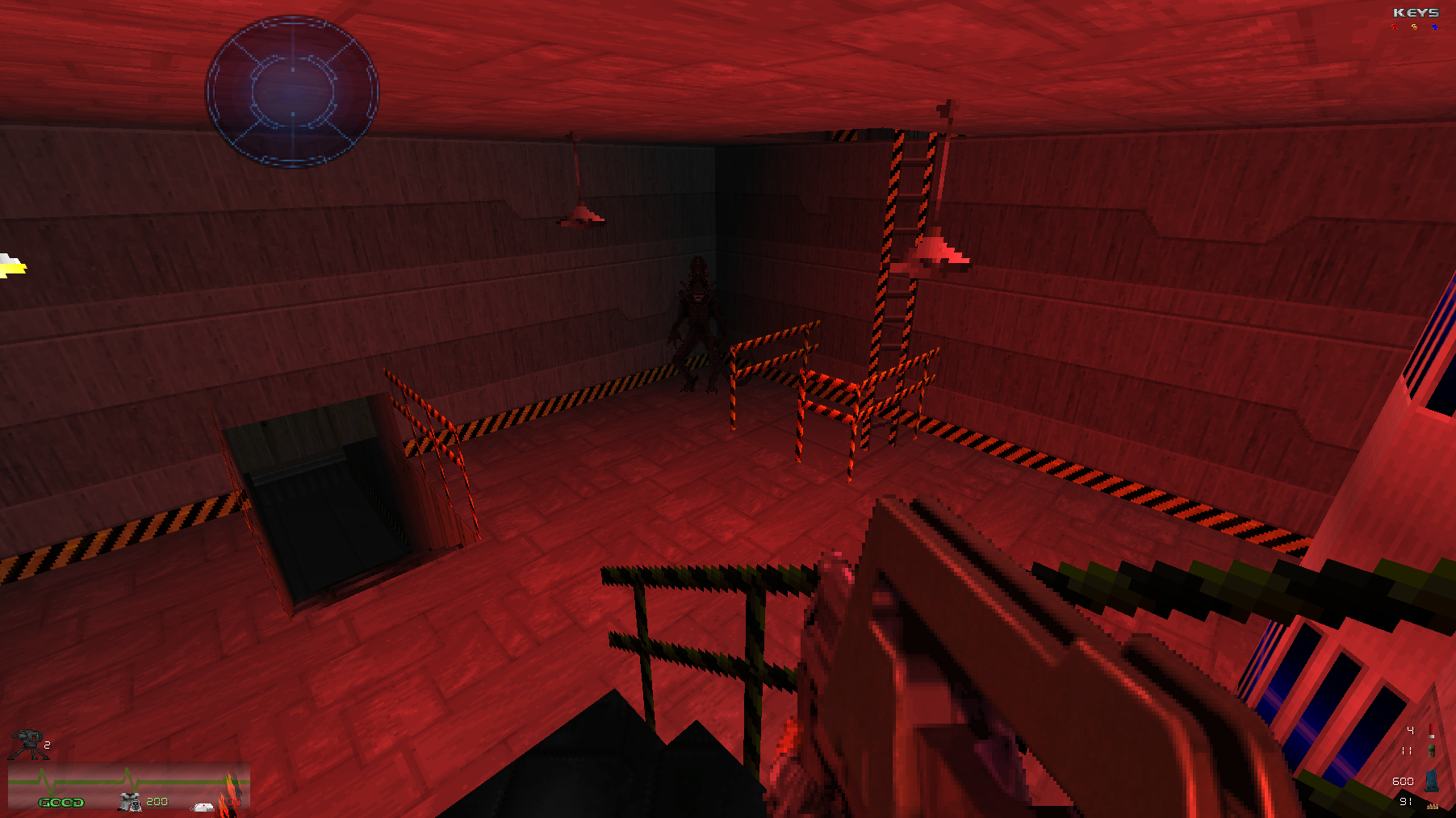 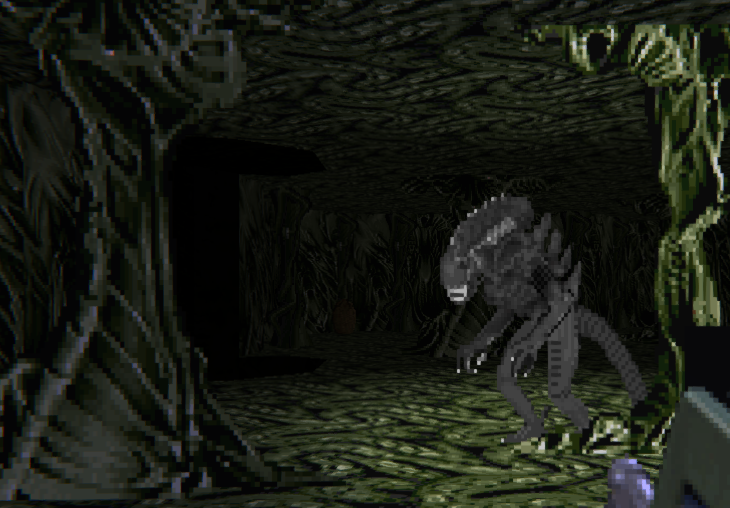 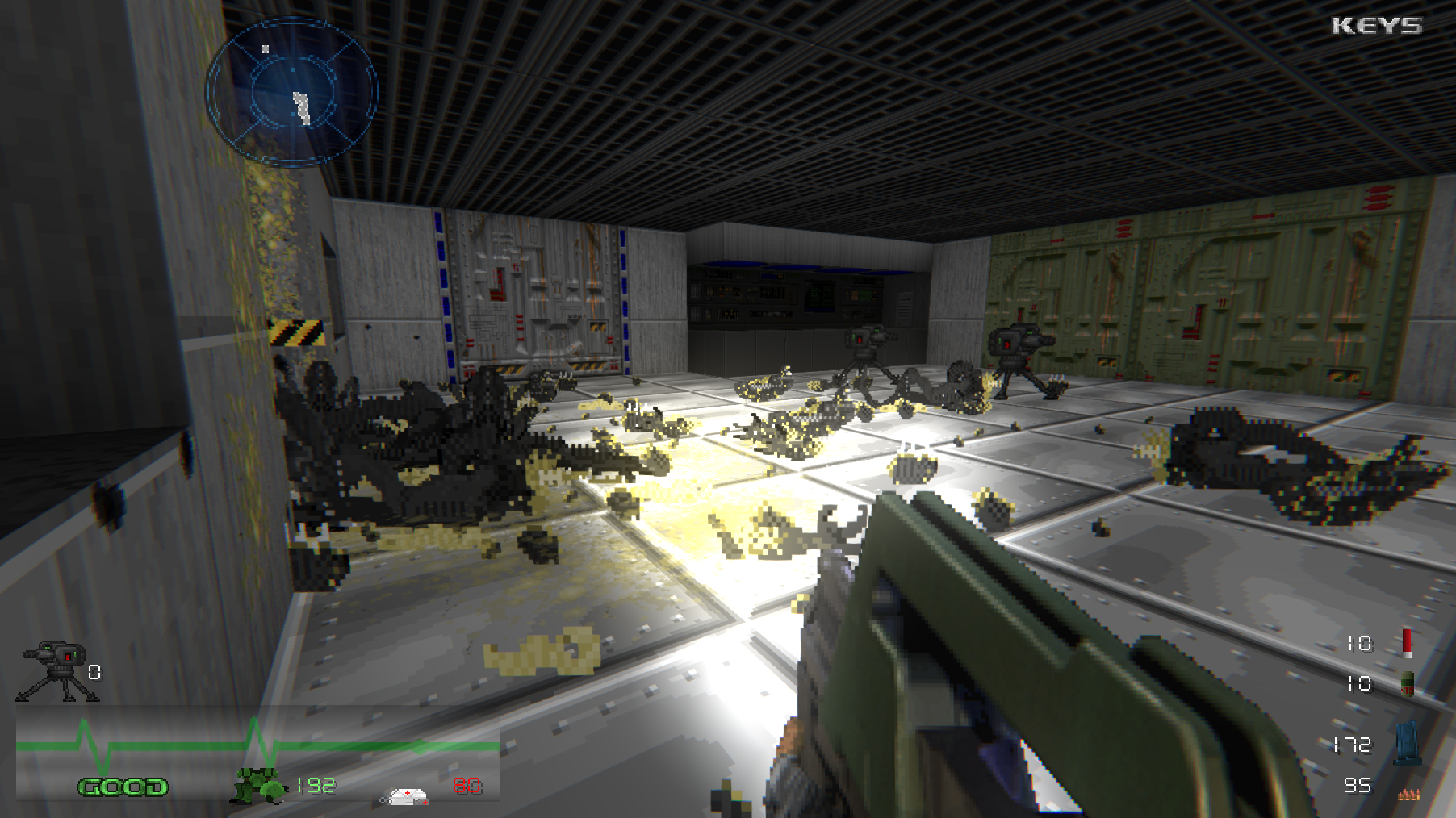 the pictures got me.

Great Job! I think i found a map-bug though: Imgur.com
You cannot pass this corridor and the one 90 degrees to the left (although it's empty). Also the lamps hang in the air...

You may need to adjust the sprite clipping to always:

Nope, no change. I'm playing on gzdoom 2.30. This is the point where the bug occurs: Youtu.be I'm not able to go through either corridor.

That's strange. I've been playing on gzdoom-2-3-0-x64. But that bug would possibly come from some kind of conflict with the sprites or two actors being in the same place. Perhaps try re-installing it.

WOAH You've made so much progress since the last time I played this!! Although I think you should put a couple of "null" active sounds so that the alien drones don't make as much noise!

Looking greatso far! Will there be a soundtrack, too?

Possibly in the future, for my a different aliens map-set.

Once in awhile something magical happens on this site.....this is most definatly one of those times!!!! GREAT WORK...thanks for makeing Aliens , Great again! :)

Would this work with Zandronum?

Thus far, its only coded to work with gzdoom. There's some inherit conflicts that would arise with the coding. Mostly in regards to the classes.

Neat! I suggest you to max the contrast on the Alien sprites or lower its brightness a little, they look too gray-ish, in my opinion =)

Looks freakin' sweet! And I don't normally like Doom mods so that's saying something. :)

Will have to try this on my laptop later, as GZDoom and stuff doesn't seem to wanna work on my desktop... :(

By the way, how do you fire rifle grenades in this?

Two problems so far
1. I'm not sure how to fire rifle grenades and a variety of pressing different controls has not worked, despite having 10 rifle grenades in my inventory.

You have to set it to secondary fire on the custom controls. I usually make it the right-click button of the mouse.

Hit - for the better hud, it's more immersive.

Looks good, I didn't expect a remake of this classic TC!

Only one issue, and that is the SMARTGUN display does not seem to scale with resolutions, and it also overlaps with the minimap.

It starts weirdly. First, I guess some objects that are supposed to be replaced don't get replaced (I'm using GZDoom 2.2.0). The starting map has Evil Eyes and torches from Doom. Also, there are some objects, which I guess are supposed to be ceiling holes with hanging wires, which actually hang in the middle of the corridor instead of the ceiling (regardless of chosen sprite clipping mode). Also I don't understand why they block movement.
The first map is kinda... off-putting. It has no enemies, it has many rooms for some reason marked as secrets, and so many guns lying around. Again, I assume there's either somehing bugged, or it's a pretty weird way to begin a mod.

Idk why you're experiencing those issues. It should work fine if you use an updated version of gzdoom. But it should work for that version too, if you select all the files, in the folder, and drag and drop it. As for the level, Justin Fisher made it back in 1994. It was a bold move, but I think it works; it builds suspense. The rest of the levels have Xenomorphs.

This is exactly what I'm experiencing. The only thing I can see that's odd is that GZDoom port I'm using doesn't seem to allow BEX files to be loaded.

Whats weird is I just tried the Aliens Total Conversion Final from November 3rd...and all of the sprite issues are okay in that one. The holes are in the ceiling, the water drips from the ceiling to the floor (instead of everything just floating about 3-4 feet off the ground). The evil eyes are all replaced by the little light posts. Also Sgt Apone audio is there.

I think you may need to pack everything into the pk3?

Did this coop over dialup back in the late 90's. Awesome mod. :)

can we coop this??? Looks amazing!

Really enjoyed that one. Great atmosphere and great remake!

Please Somebody help.
I have lastest gzdoom.