This mod only replaces textures for Ship of the Line (from heavy 1st rate to 6th rate ships). Bomb ketch, sloops and other miscellaneous vessels remain unchanged. Generic texture is based on the British 'Nelson Chequer' colour scheme of yellow & black.

Special credit & thanks to the following for making this mod possible:

It is 1700 AD, endless war leaves three continents divided. Forty great nations strive for supremacy as conspiracies and conflicts smother the world. Only one will rise above all to forge an Absolutum Dominium... All others will die by his sword!

Build your empire on a stunning campaign map of beauty & treachery 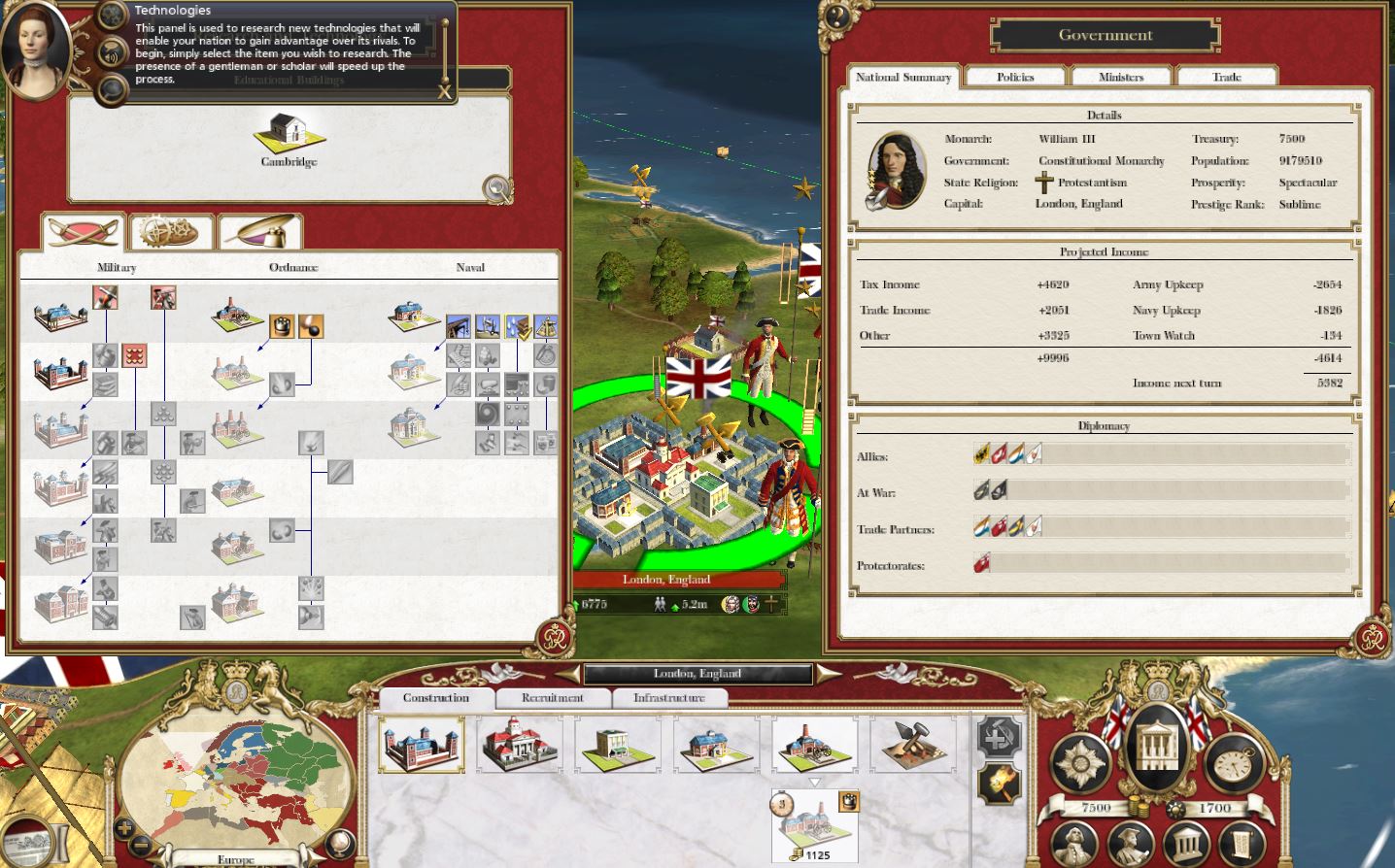 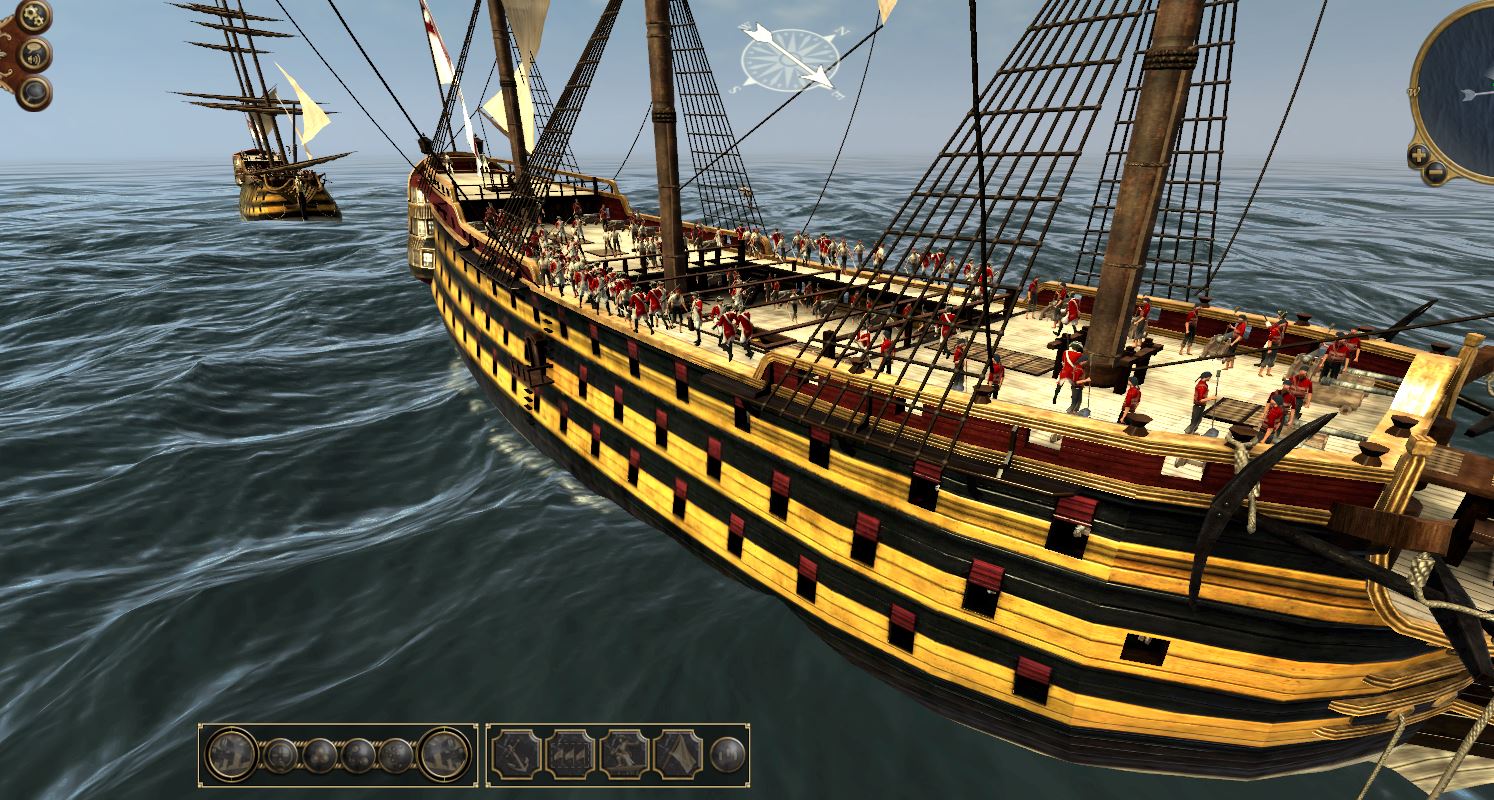 Master the world as one of forty playable factions in the Grand Campaign, from the mighty Mughals to the humble Knights of Malta 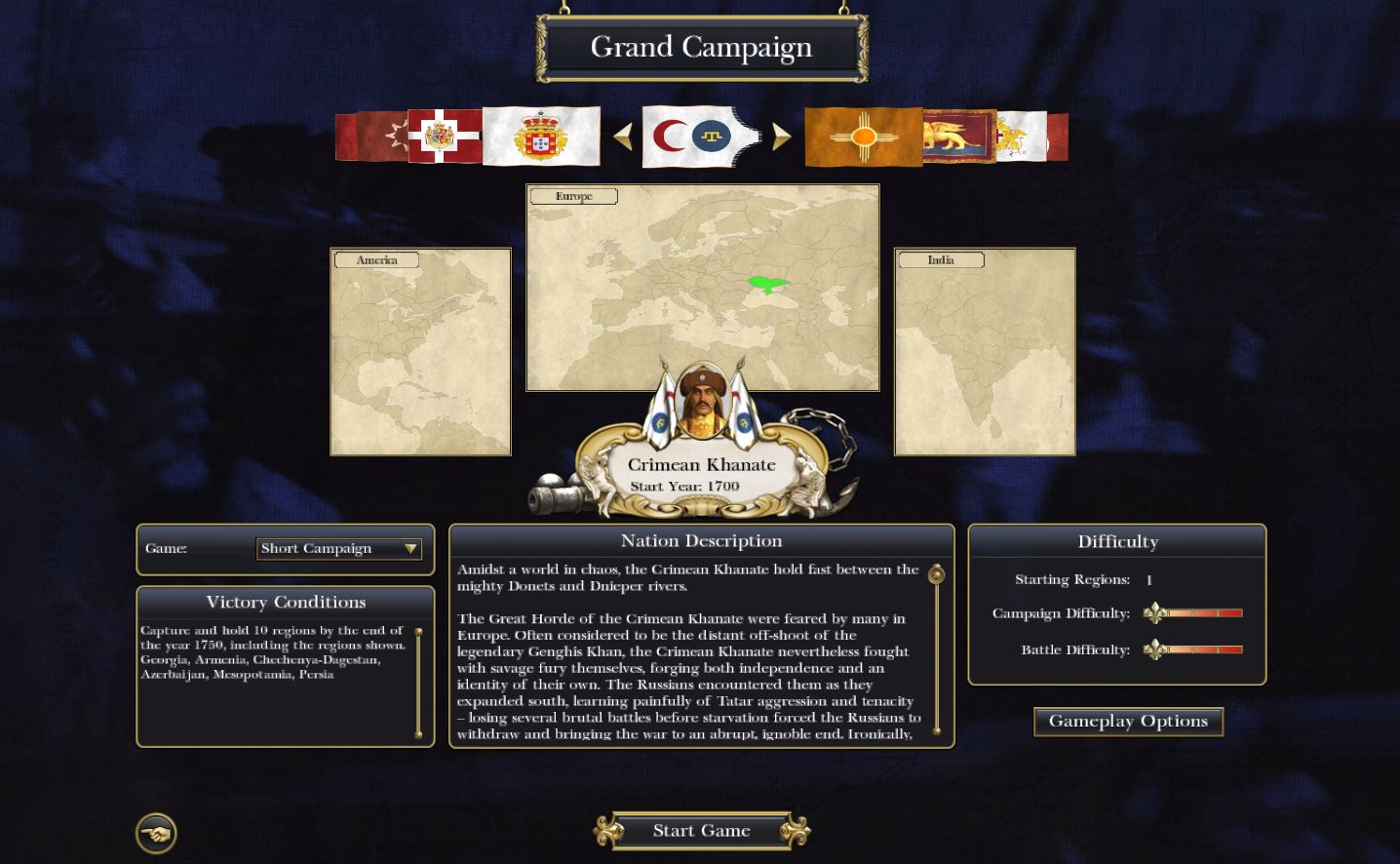 Scheme cunning battle tactics with unique generals, spies and assassins to adapt to the ever changing wars of the 18th century 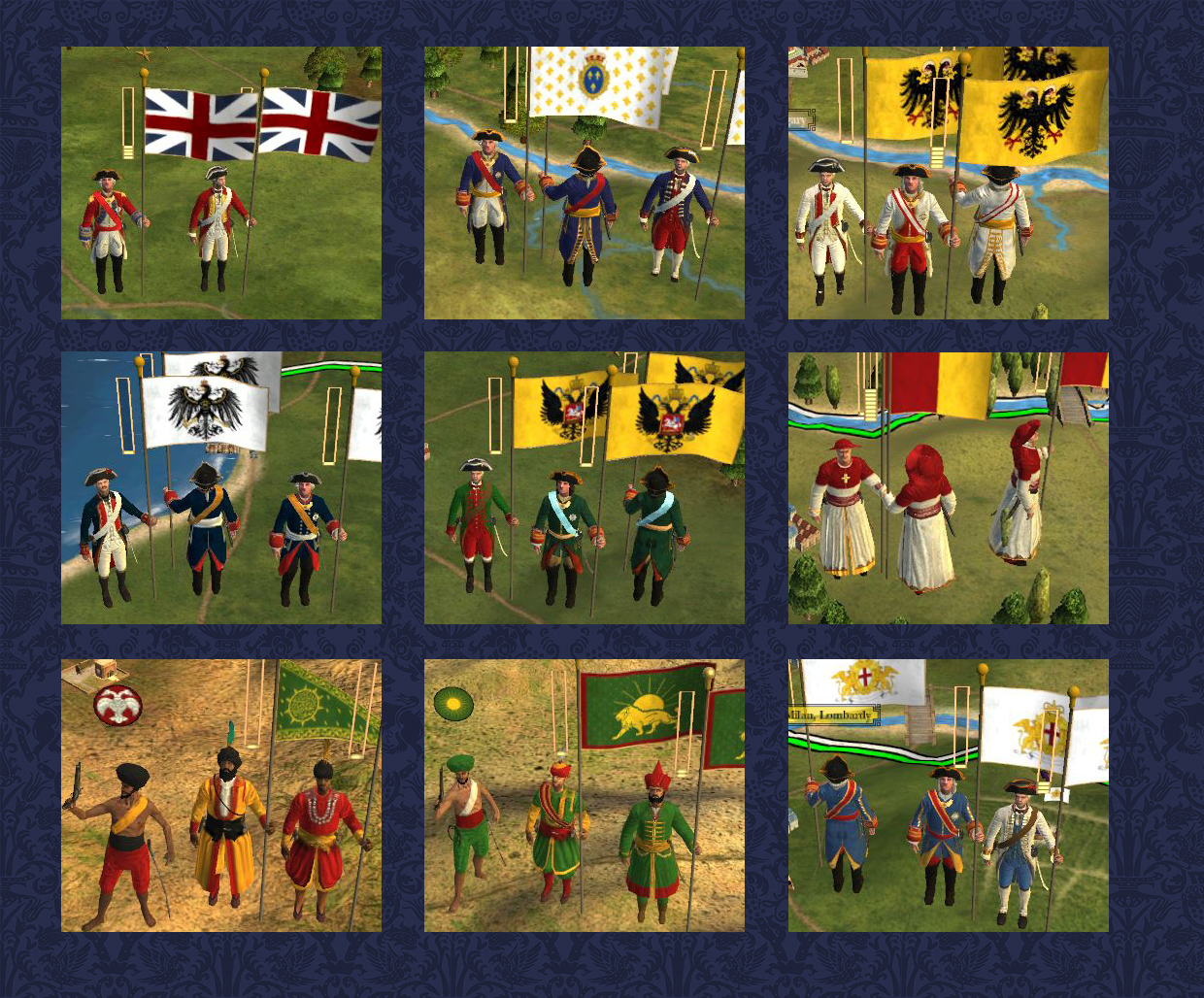 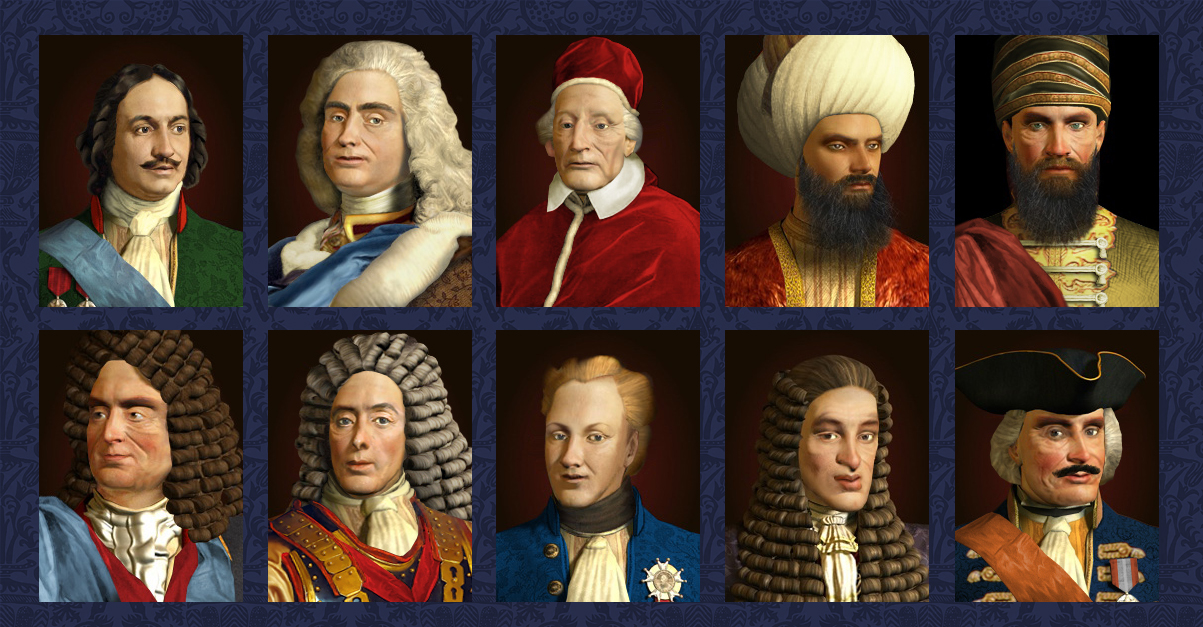 Rewrite 200 years of history and create the greatest empire man has ever known. Use diplomacy, espionage and military power to outwit your foes and dominate the world. This is 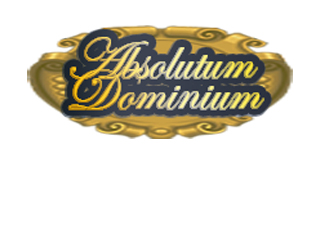 This mod only replaces textures for Ship of the Line (from heavy 1st rate to 6th rate ships). Bomb ketch, sloops and other miscellaneous vessels remain...

Hi, how you have changed colours of the factions on ships (for example France has white colour in original, now has blue)?
Thanks for answer.

Hi Sacrebleu, I'm just caming back to moddb looking for new mods for ETW and your mods looks awesome! Altough i'm actually working on my own mod and have some information that can be useful (or even we can end up releasing it together if you are interested (i have no experience in legal and copyright things and that's the main trouble with releasing my mod, for now is just a personal modification) What my mod does: adding the ships from Napoleon Total War into ETW and fixing the empty gun ports of some ships (so the full roster for rated ships is 24-32-40-48-48-56-58-64-70-74-80-90-98-106-128-140); adding more than 20 textured variations to those ships (historical textures for every ship in 10 major seafare nations) (as an example: spain DIDN'T use the red pattern on all their ships, only the Santísima Trinidad was stablished to use that pattern (altough many others spanish ships used it for lack of paint (and money))); Also, I gaved the player the full roster from the start as in 1700 there where already A LOT of 3rd, 2nd and 1st rate ships (it's a nonsense that you only see them in the campaing after many decades); To counter-balance having such OP ships from the start I made entire rosters for every new port-building in the campaing for all factions in order to represent the changes and advances in naval warfare (a 1700 ship will be in a clear disadventage against a similar one of the 1750, thus making the naval technology a lot more important); Also, the 10 major seafaring nations have all unique ships based on historicall classes and disponability of ships (all information gathered from Threedecks.org and a bit of wikipedia) with unique diferent gun patterns per ship (for example, some ships use 32pd on the lower deck, others 36pd or 42pd, depending on the armament listed on threedecks); complete naval cannons rework with faster cannonballs and slower cannon reload (most information on that part inspired by Naval Action and adjusted for gameplay); the 10 specific nations that i chosed to focus on are: American, British; Danish, Dutch, French; Ottomans, Portuguese, Russian, Spanish and the Swedes, as those were the greatest naval powers of the period. As I said before, i need help if i ever want to post this mod because i have no idea on copyright and don't want to override any law, so tell me if you're interested in the project, I have a great respect for your modding skills after seeing the mods you've already released.

Hi John_Barlow, you are welcome to use this mod in your upcoming project. The general guideline for mod's copyright is:
1) if it's free for use, everybody can use that

2) if it's free only after given authorization, then sadly no new mods could be made out of it without prior permission

3) In any case, credit / acknowledgement is to be given where it is due, for any material used in a public project that was created by others.

This mod was made possible thanks to Bladerunner's Sealord Mod, he has kindly made it a free-to-use-resource. Twcenter.net

can you fix legendary ships(uss constitution, santisima triniddad) the texture for the hats are a bit glitchy

Are the naval crews' hats projecting sharp 'rays' when you launched naval battle? This is a known glitch for Empire mods. Fix is easy, you just need to wait a few seconds (during battle deployment) for the models to fully load before starting the battle.

yes, it works with vanilla