Kingdoms of Arda is a Singleplayer & Multiplayer total conversion of Mount & Blade II Bannerlord, that brings the world of Tolkien into the game. This includes: characters, locations, weapons etc. from The Lord of the Rings, The Hobbit, Silmarillion and other works by Tolkien and media made for his universe.

Taleworlds has released their long-awaited modding tools to the community, many of the things we could not do before are now possible. Asset implementation and scene creation are big, importantly now we will be able to create our Middle Earth campaign where we can build up the coding for factions, settlements, troops, characters, scripts, and so on.

Taleworlds has released their long-awaited modding tools to the community, many of the things we could not do before are now possible. Asset implementation and scene creation are big, importantly now we will be able to create our Middle Earth campaign where we can build up the coding for factions, settlements, troops, characters, scripts, and so on.

Check it out here! Taleworlds.com

Some of the team members have had the pleasure of being included in the testing phase of mod tools. We worked with Taleworlds to test and learn the tools. Through this time, we have a head start on work (which is where the screenshots come from) and knowledge that we plan to share with our team and the community. Within the next weeks we plan on holding live streams for the mod tools on our discord server exploring the use of the mod tools, the recording of which will be posted on YouTube.

The Future of Kingdoms of Arda

Kingdoms of Arda is still very early within development, while we have invested many hours up to this point into the mod, we still have a lot of work ahead of us despite this head start. This means a playable version will be far off, we have no release date and we won’t until we are close to release itself. 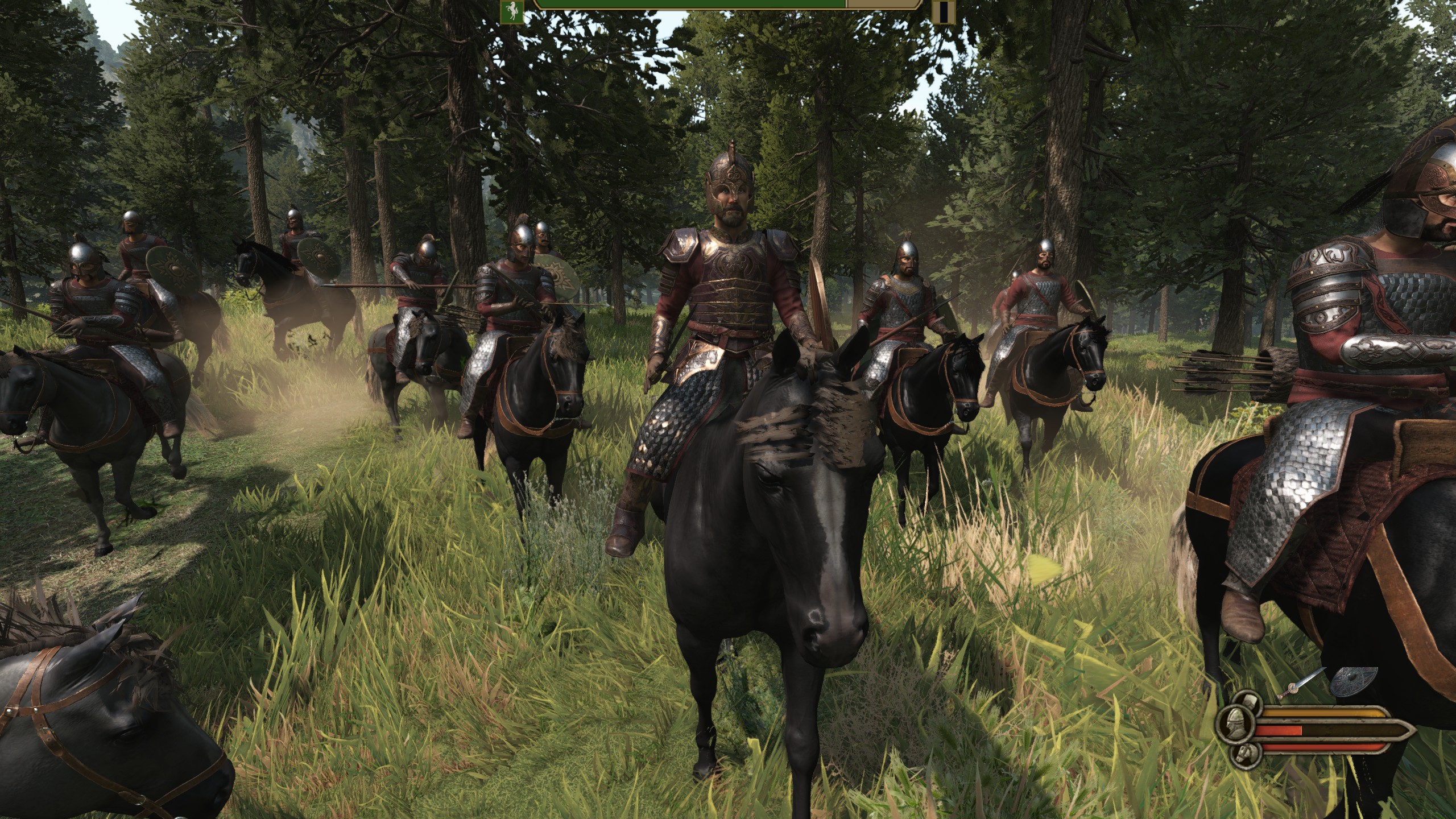 King Théoden and his Royal Guards

Regarding updates, people may have noticed we have posted little to nothing this summer, this has been deliberate. Work is still going on, but the work-in-progress model renders have stopped, and very little will be posted from now on that isn’t gameplay. The images in this article will be a start, but it will be awhile until more is posted. 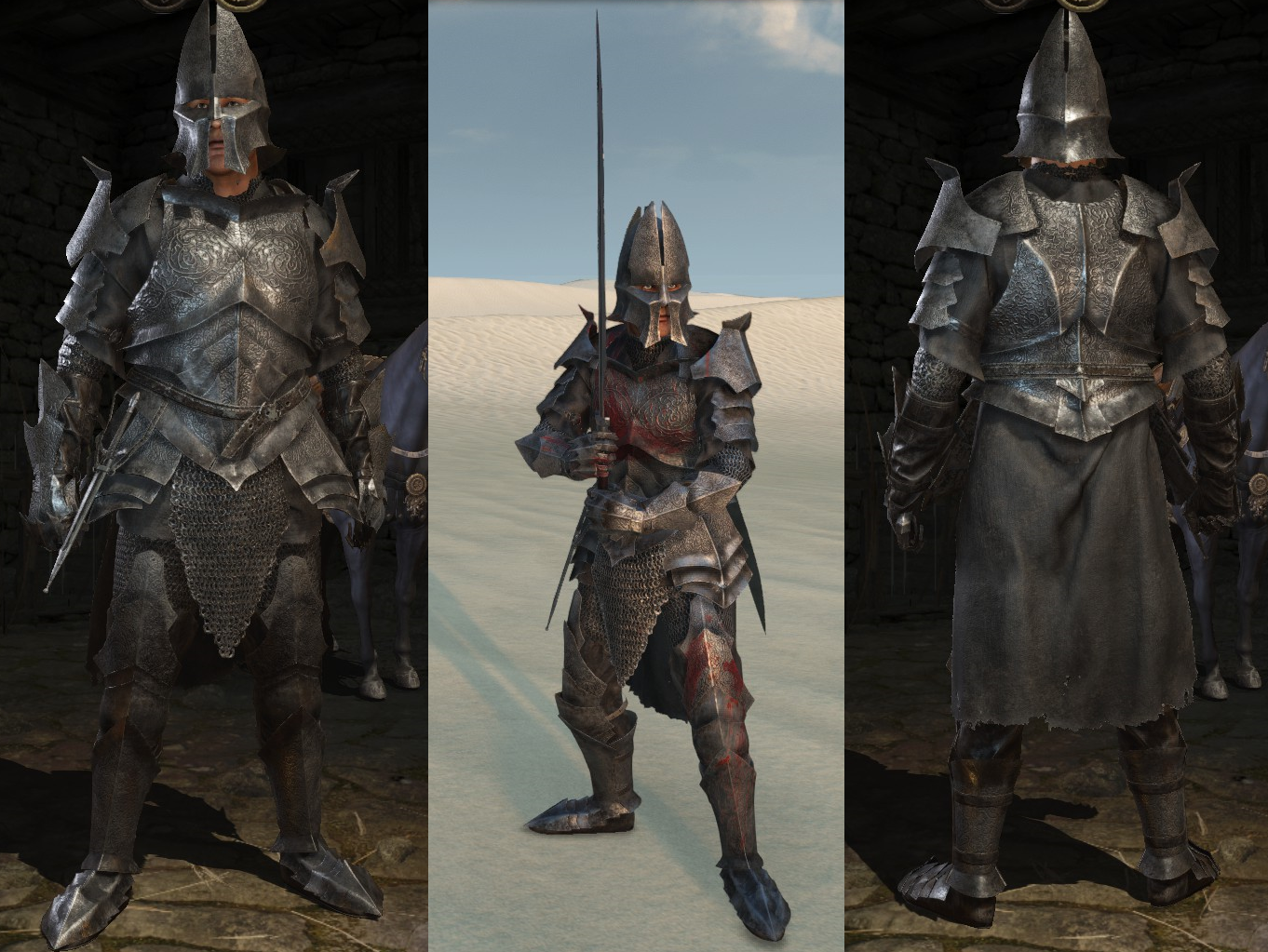 The current release plan will have us wait until the mod reaches a point of high polish in our first set of factions: Gondor, Rohan, Isengard, Mordor, Harad, and Dunland. This means that the campaign needs to reach a satisfying smoothness and balance, but many of our features may not be implemented fully like Story Mode, multiplayer, quests, and other mechanics. We will require the major settlements complete, custom races created, and custom asset finished, among many other implementations to fulfill the LotR feeling. 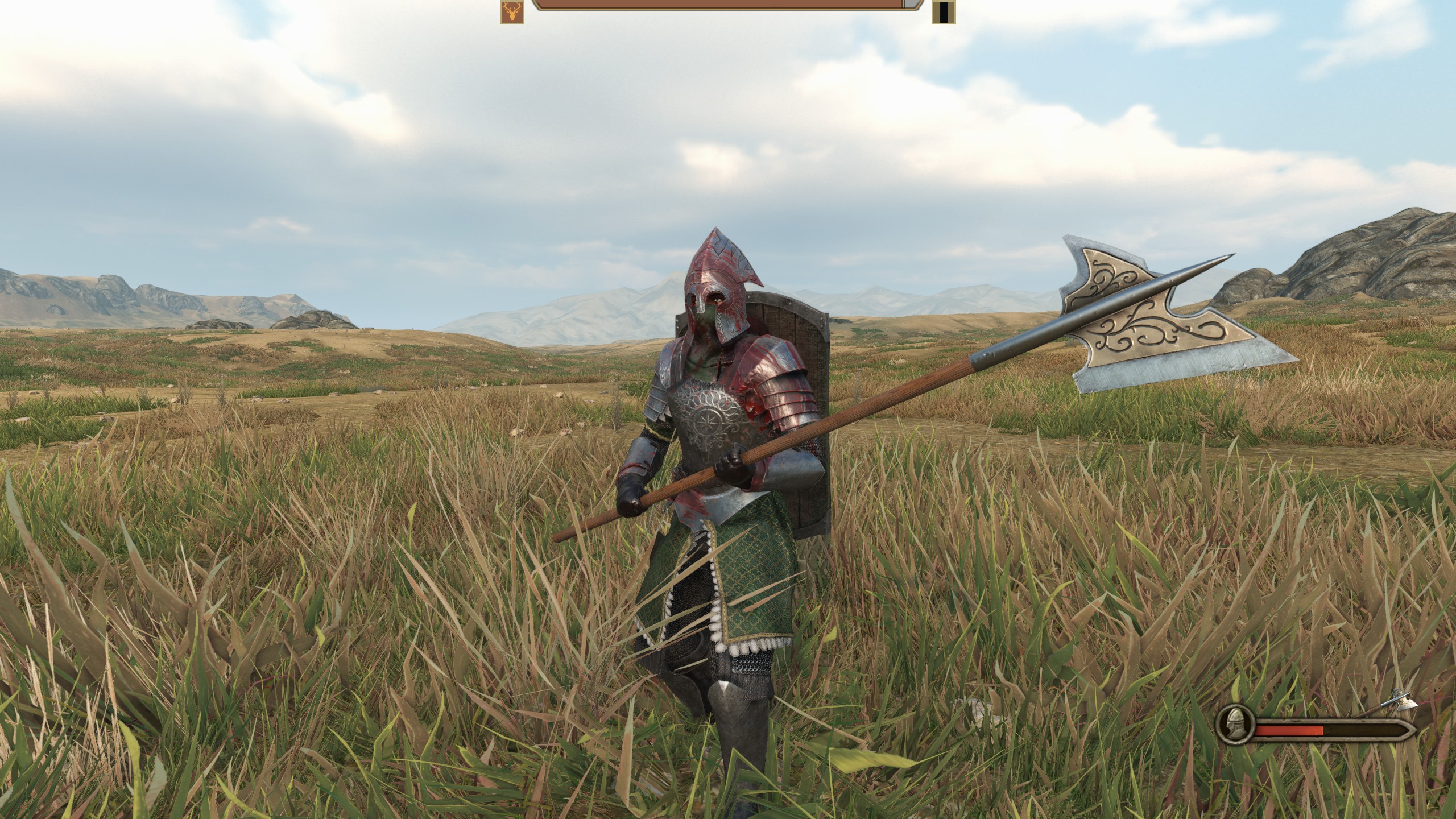 Before the public release, we will likely do internal testing, those testers will be recruited from an announcement on our Discord server. When that will be is unknown, at a point when enough of the campaign is developed for balance to matter. 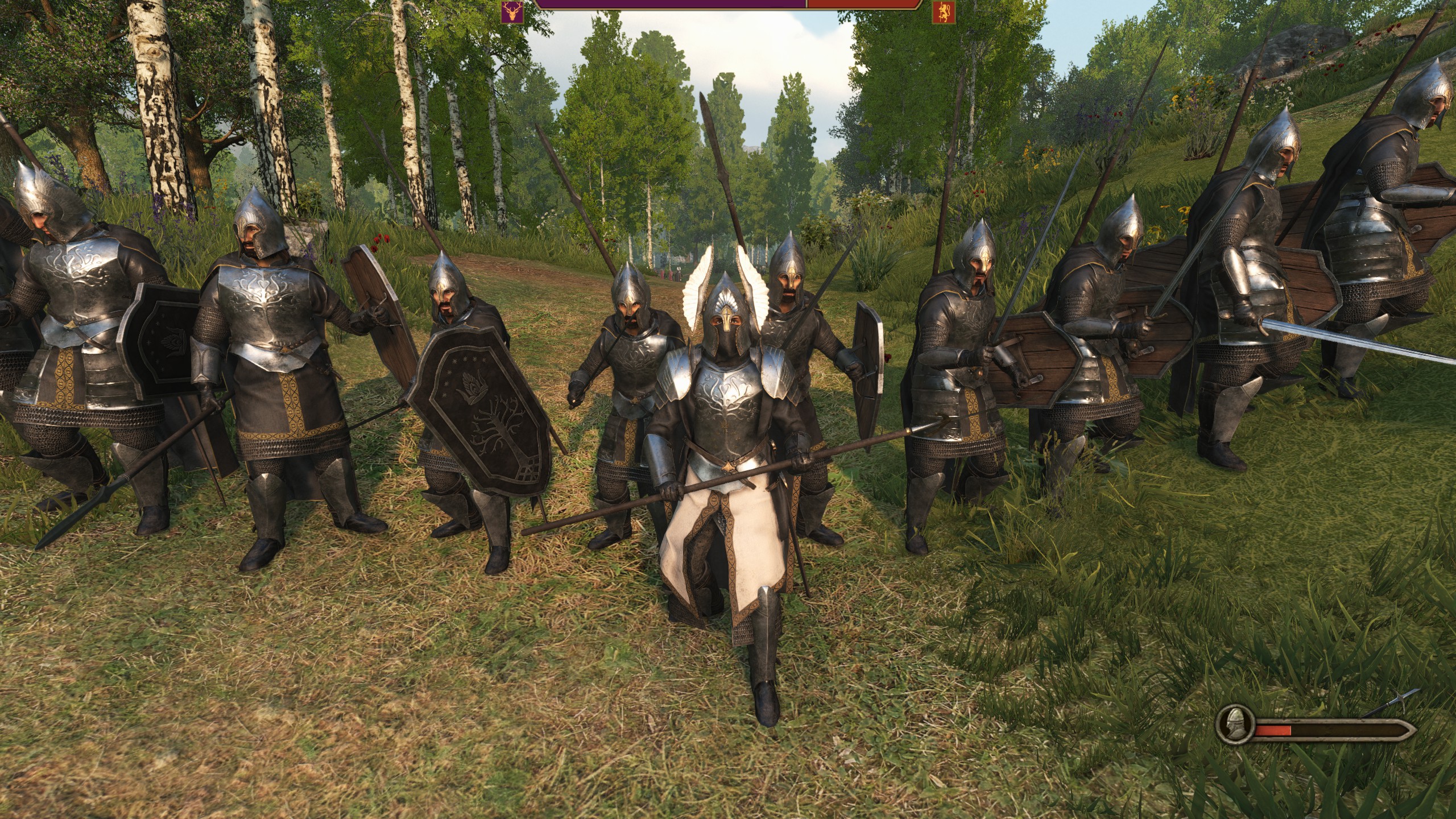 With the release of Bannerlord’s mod tools, we hope to increase our team’s numbers with new members. Currently we are looking for:

People to help develop buildings, props, and (rarely) nature assets. We have a high priority on scene assets so sceners can begin work as soon as possible.

People with experience creating height maps for large scenes using programs like World Machine, Houdini, or any alternative. Scenes in Bannerlord will require a height map base to achieve the quality set by the base game. The world map is also built around the use of Houdini.

There are still plenty of armours, equipment, and creatures to create for KoA, with the introduction of mod tools we can finally finish the pipeline and import out assets in game.

We need people with the proper equipment and experience for voice acting. For recruitment, we will require a sample reel recreating Bannerlord battle lines to the factions most suited to your voice.

Weta art only covers so much, people who can expand Weta style over the untouched parts of LotR are desired.

Eventually we will look for people with other skills, but the team is not currently ready for other positions. Sceners will be needed when we have enough scene assets to start filling scenes with. Depending on the workload, we may need more programmers.

Thank you for reading, we are very excited about the future of KoA and are happy to share this stage of development with everyone!

Great work and thank you for your hard work!

I new step to get one of the world best war game ever, this just looks so amazing right now, keep up the awesome work!

Looking absolutely fantastic guys. Glad to see the mod tools have finally made it.
One minor point of criticism though, the Rohan Royal Guard look a bit strange missing pieces of their equipment on some of those variations. It makes them look a bit off compared to how they look in the films. Plus I don't think Theoden's Royal Guard would be skimping out on their armor like a normal Rohan militia would! Regardless, great work again KoA team! Can't wait to see the Ithilien Rangers in game.

Yeah, fair point, though that might be because of my misleading caption. Theres only one actual Royal Guard here(the first to the right of theoden), the rest are earlier troops in the troop tree, and of course because of balance, we cant have all of the troop tree with Royal Guard tier equipment.

Dude you are amazing,

I loved AWOIAF in Warband but here, jesus christ this is the best mod I ever seen

I am so excited for this!

This is what ive been waiting for since the beginning

Absolutely amazing... I appreciate the team's efforts on making the mod as complete as possible, with qualified members and no rush... The LotR's universe deserves things such as this project. Congratulations!

so is this mod dead?