I possess an interest in military-themed video games set from WWII and beyond. Having joined ModDB I hope to provide useful, constructive feedback to the projects I take interest in, while simply sitting back and watching the magic unfold on so many more.

Some games I've enjoyed include Company of Heroes, the Command and Conquer series, ArmA 2/3, Battlefield 2/ 2142, PlanetSide 2, Sins of the Solar Empire, Supreme Commander, and the Tom Clancy universe.

Currently I am also a student majoring in communications.

Set in the distant future, Lost Dragons aims to provide a multiplayer total conversion experience for ArmA 3. Players find themselves members of corporate entities, sent to a planet beyond our solar system with the objective of recovering a "Dragon-class" aerial warship. These are old machines of war however, left abandoned as humanity fell during years past. Thus not only must the Dragon warship be found, it must be reactivated and repaired, all while an opposing team(s) tries to hinder and reverse said progress; multiple companies are now seeking such a rare prize. 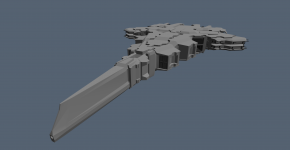 Currently, a match will begin with players deployed alongside a C2C (command and control) vehicle, logistic assets, and light utility vehicles. That's not to say teams won't be without heavy firepower. Heavier armored vehicles, combat walkers, and light arms will be available to salvage from military bases, outposts, etc. Unfortunately these items will likely not be in the best of shape for any would-be owner, and will have to be repaired and rearmed as well. Once an asset is brought back to full working order however, the level of destruction it can bring to bear will likely make it worth the effort. 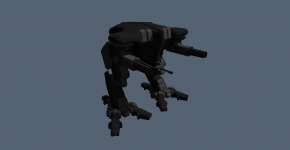 To complete the end-goal of the match (recovery of the Dragon), players must first find a "Warrior-class" warship to move and connect with the Dragon. This can be fulfilled through luck of stumbling across one while out and about, or recovering data packets that can give clues as to where one is located (there will be more than one Warrior on the map). A system that allows players to hack terminals will help in obtaining said packets.

While still a work in progress as of posting this blog (an alpha release is available), the Lost Dragons modification shows promise as an enjoyable science fiction addition to the Arma 3 engine once fully realized. 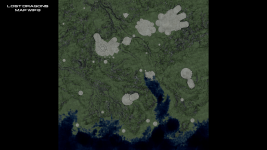 On the Radar: "Intersteller Marines"

For the Learners, Listeners, Lovers & Legends of Music :D A group for Music in general - All Styles and all Genres. For those who wish to Publicize...

Mod group for the mod Dawn of Halo for Dawn of War: Soulstorm