The Tau Empire is a rapidly expanding alien stellar empire situated within the Imperium of Man's Ultima Segmentum, near the Eastern Fringes of the Milky Way Galaxy. The Tau Empire was founded by the Tau caste called the Ethereals, who lead the Tau Empire in the name of the philosophy they have named the Greater Good. Several intelligent alien races (the Kroot, Vespid, Nicassar, Demiurg and even some humans who have turned their backs on the Imperium, known as Gue'vesa in the Tau Lexicon) have allied themselves with the Tau. The Tau Empire borders the Imperium of Man, and lies within the reach of the Astronomican. It has suffered many raids from the Orks, and also seems to lie in the path of several Tyranid splinter fleets of Hive Fleet Kraken. 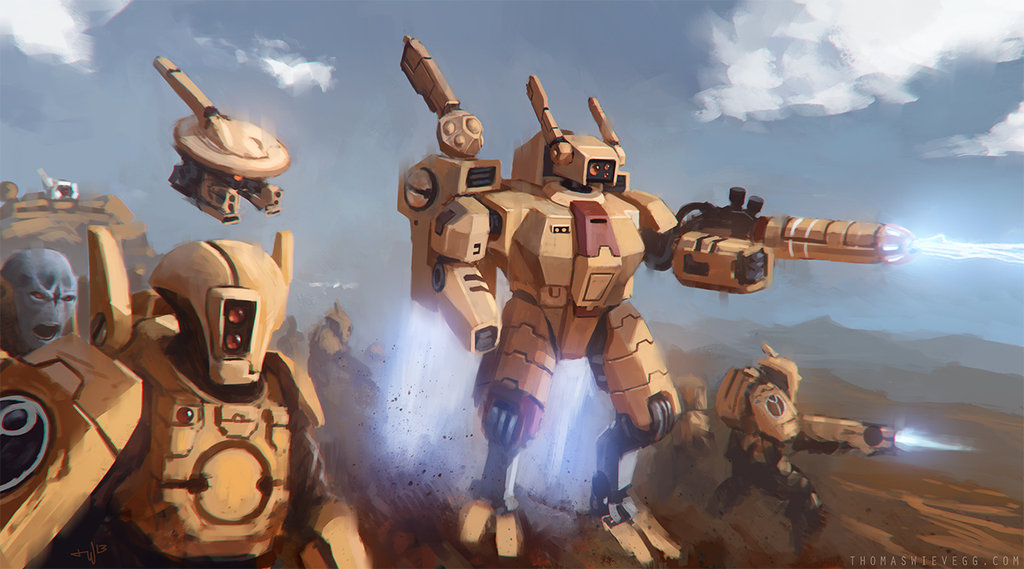 talking about tau, man i love how UA added new mecha epic units to tau! they really remind me of Armored core and thats an awesome thing!
to be honest my main reason for loving DOW40000 series is TAU, their high tech units remind me of some awesome animes like Apple seed and etc...

i doubt anything can beat what UA did already add! what do u think?

u think, I have stuff that UA dont, well I did offer to give them those stuff but they think it would be to much

Yeah, in UA mod there are a lot of Tau changes )

I managed to place a background for here too , Khan
I hope you like :)

FOR THE GREATER GOOD!!

Oh, I thought of tau as in 2pi. Guess this isn't the group I'm looking for.

5 members
You may also like
View All Top Groups