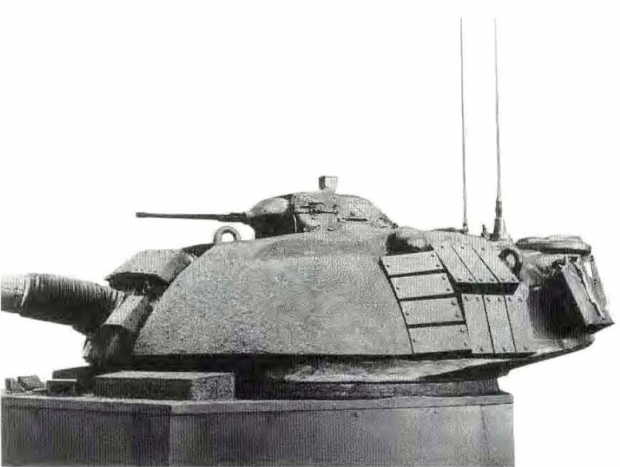 You just know the Leopard 2 is a failed design when you see how a soldier has to stick his unprotected head out to use that MG3 to get killed by an SVD Dragunov.

So this design should be applauded imo.

I'm guessing you're talking about the commander's cupola. It was later replaced with a lower profile Israeli one with an external M2HB, as it was quite a big weakspot. Most cupola MGs can make use of gun shields to protect the user (see Ariete PSO, Type 74G+, etc). Other than that, in the late 70s and 80s, there were already quite a few remote controlled mg/autocannon turrets, or ones where their gunner could use them from inside the tank (see GIAT CAPRE, GIAT Mascot, KUKA E23, Wegmann/Heckler MZA 1865, Breda T12.7FA, and many more). In the end, a lower profile turret gives more protection to the commander (harder to hit), as in 99% of combat scenarios he stays buckled up in the tank, even to search for targets.

In the 90's, Vickers Defense Systems used the experience gained from government-funded armor projects to create the VARMA series, a series of private venture armor products. It was marketed for both retrofitting on old vehicles as well as integrating into new concepts.
In this photo the M48A5's turret uses VARMA 1 on the turret cheeks, as well as the weakspot between the hull and turret, and VARMA 2 ERA on the gun mantlet and turret sides.
VARMA 1 is a compact passive armor. It incorporates ballistically proven armor array packages that can be tailored to fit existing vehicles even when complex curved surfaces are involved. VARMA 1 can be supplied to virtually any cast turreted vehicle including M48, M60, former Soviet and Chinese T series, Chieftain and Centurion.
VARMA 2 is an explosive reactive armor system which offers a very high degree of performance against shaped charge weapons. The armour is lightweight, easily installed and is a very cost-effective means of providing protection against shaped charge threats.
VARMA 3 is a series of lightweight armor systems that can be optimized to defeat a range of small caliber kinetic energy and shaped charge weapons.
VARMA 4 is an explosive armor system developed specifically to protect the turret roof of MBTs against shaped charge threats.