Voxel Quest is a procedurally-generated sandbox roleplaying game. It features volumetric models (solid modeling), emergent gameplay, advanced AI, an engine that can be modded via javascript and other languages, and more.

Since the last update:

I am still working on many aspects of the AI but only a day or two per week right now - I am trying to not get stuck in any one area as there are many tasks left to cover. I think this most recent set of changes opens up a lot more modding potential (in particular, for realtime games). I think it would be pretty easy to make a platformer (like Mario N64), an artillery game (like Scorched Earth or Worms), or many other options (at least, easier than it would have been with strictly unit/turn-based movement).

I came in with the intention of doing videos weekly but as it turns out monthly makes more sense - there are some weeks where not a lot happens visually. It also saves me time. Nonetheless I advise you to follow the @voxelquest (or @gavanw) account on Twitter or my Youtube channel for smaller updates in between. 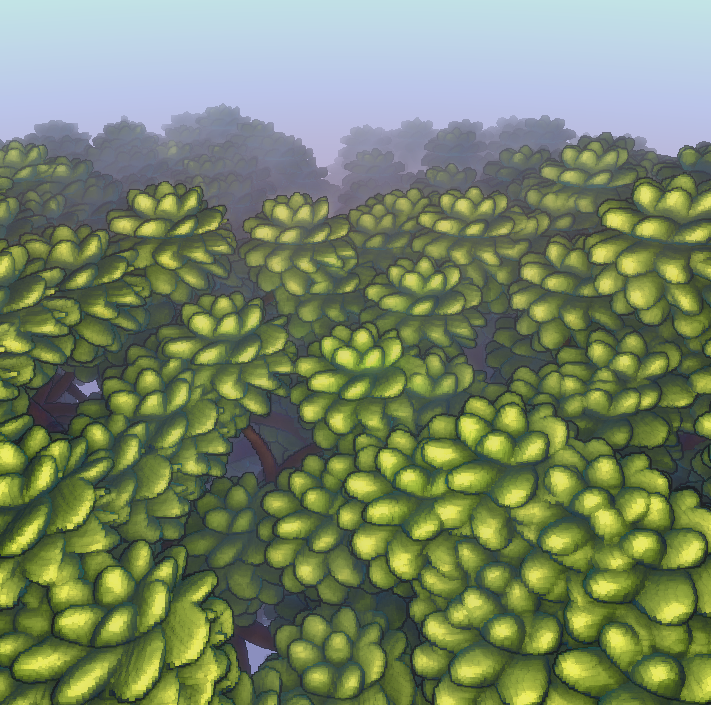 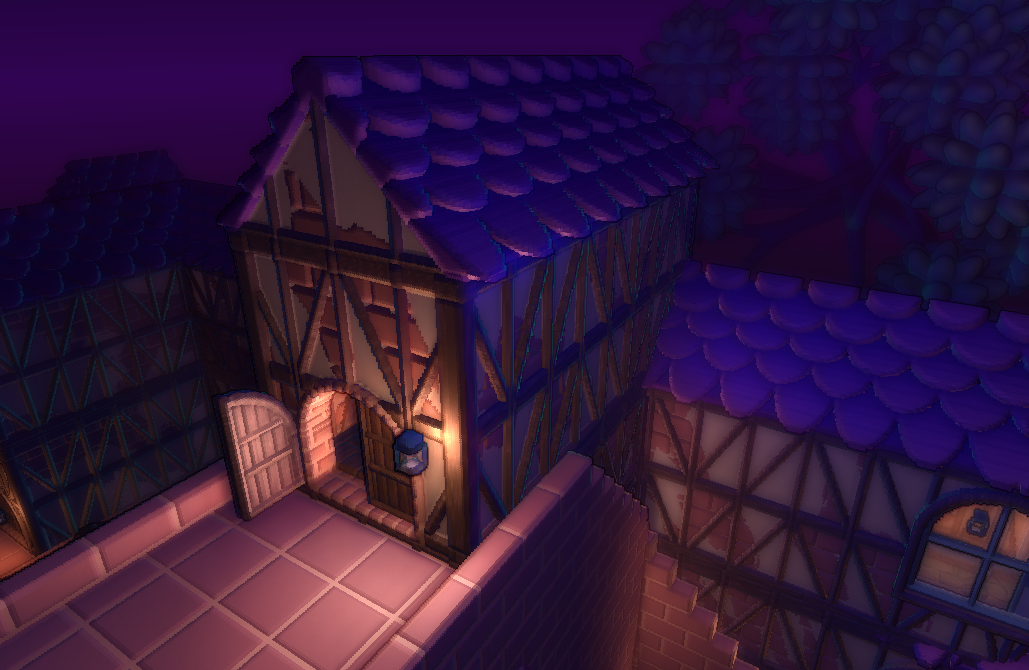 Also, I posted this a bit late for April Fool's, but it is worth reposting I think. Since I added in first person view, I obviously need the obligatory hand swinging some weapon. (In this case it is one of the weapons from Hexen):

In spite of this being a joke, I really do dig this style (as did Twitter, apparently) and I would like to perhaps have something similar ultimately.

Voxel Quest now has a first person camera. This was built in one week while running my Kickstarter campaign, so it is very rough still and buggy, but...

A one year update going over all the technical changes I've put into the engine with a Kickstarter video as well.

An update on the Greenlight status of Voxel Quest. We are currently at #95 of 1,639 games on Steam Greenlight.

Voxel Quest - How Does it Work?

This is a summary of how the engine behind Voxel Quest works.

so are the players or characters which ever you prefer 3d? or 2d?

this game looks ssso charming. i want it all over my steam library.

It shall be :D

awesome work! you have my vote :]

Okay, following, I fell under the charm of the landscapes!
The description is really appealing too!
This will be awesome!!! Thanks for the update!

Looks really nice! I'm working on an isometric game as well, totally unrelated to yours except for the graphical angle. Any chance of licensing your technology?

Yeah, public alpha access will begin in September of this year, at which point I hope to roll out code access as well. You pay nothing to license, but your users must have a Voxel Quest game key to run your game or mod (like Valve's Source licensing, kind of). Alternate licensing deals may be worked out, but that is undecided at this point.

These graphics look amazing. It sounds like your engine is really unique!