Thanks for voting and helping FleetCOMM on it's quest to become the 2021 Indie of the Year. You are now in with a chance to score some free games. Help this game secure more votes by embedding the widget (or link) we have included below on your favorite sites.

"Game Industry"? That's bullsh*t. It's more like a Cartel.

"Business as usual" is the rallying cry of the marketroids and strip miners; the gaming industry is starting to lose is touch with what it's supposed to be about, Games. Instead, we live in a marketplace that expounds continuous and unbounded rent seeking behavior.

In plain English; the industry is gaming us, plays games around our culture, and our wallets.

"The Industry" keeps wanting to "demand value" where there is none.

Unconvinced? I remember a time when I could just BUY a game, and there it was in cartridge form, on a CD, on a specific console, and I knew to expect the entire game experience with something I could call "my game". Something I could hold in my hands.

Even arcade machines, and pinball weren't such money grubbers.

And these days? Sequels upon sequels upon sequels (and even offshoots with sequels). DLC releases scheduled on the very first day of a games release. It's almost a shattered game experience that entirely depends on how big, and how quick, you can enter a credit card number.

Game developers have escaped into rent-seeking behavior as a means of profit, without necessarily providing any value.

we're also tired of the bullsh*t. We have enough "rent seeking" behavior to deal with while developing games. Licenses for "developer programs" (usually, an arbitrary gate) not only dig into our production costs (which also, dig into the price of our delivered goods), it also digs into our time, and our players money. We also have a technology space with myriads of platforms, each with their own dedicated sets of APIs and developer kits.

Developing a game, a studio has to either dominate the platform (ala Zynga with Facebook), or continuously crunch new expansions, essentially strip mining the value of a game (ala Call of Duty).

We refuse. The rent seeking "entitled" attitudes of certain game studios is not only cheap, it also kills a gaming community, and alienates the one thing that drives a game; the players.

We address this problem with our OMNI-PASS. In plain English; purchasing our OMNI-PASS is just like purchasing a game the way we all used to buy our games, once and only once. We do understand the advantages of expansions and DLC (yeah, we're thinking about those kinds of modules, but only if they truly add value to FleetCOMM as a game). However, it doesn't make sense to stripmine a gaming populace through the use of "expansion bloat".

But, won't that get annoying if we have multiple expansions on multiple platforms? Don't worry about it. Once you commit fuel for an OMNI-PASS, you'll get FleetCOMM on *any system* our game engine supports. So, if we ever decide to move to other shores, like Steam, or the App Store, you don't have to worry about "buying the game again".

Since we are an alpha-funding project, we've decided to give equal, if not greater value, to gamers contributions. Gamers who support our concept, from the beginning, are essentially virtual world investors. Alpha funders take the risk of funding us, even though the game isn't made yet; in return, we will give funders the entire game, all it's expansions, "DLC", and all it's iterations, in every gaming platform we support, forever.

It's only a fair trade; we want to treat our gamers like patrons again.

or, how I learned to love the hivemind. We've opened up alpha funding here on Desura, as well as another funding campaign on IndieGogo.

Linux support, restrictions lifted on "invite only", demos are now freely available without needing an invitation.

The Story behind Mercenary Games

From underground game development, then working behind corporate lines, and back to their roots.

Players can design, synchronize and execute their own fleet combat maneuvers.

Okay, I'm going to be blunt. I don't get it. I have the demo, I start the survival mission, and I can change formations, and I can create new ones, but that's about it. Click to move, right click to center camera on the mouse's location and scroll wheel to zoom.

The mission starts, says something about preparing civilians, they poof, survivor count raises exponentially, and nothing else happens.

I'm not really seeing much gameplay here, and the fleet itself is barely responsive with no indication that they're listening to your orders. :/

EDIT: Oh, and I can spawn gashers, but there's really nothing that goes on with them. The fleet shoots at them for a little, but as soon as the preparing civilian thing happens, they zoom over to the end of the light beams that are created, the fleet continues shooting where they were instead of where they are now, and then when the beams disappear, the gashers kind of drift off, now slightly transparent, as the fleet stops shooting.

In short, what is going on?

sorry to say; I'll have to delay my word again.

IGF is coming up, October 17. We're polishing off as much as we can before that time.

We're extremely crunched on tasks. We might as well upload once we have everything we need for our core IGF submission.

I can't "upload" a new build to Desura everyday, it's a strain to test and I don't like bogging down Desuras servers for small updates at a time.

It's cool, man. I see we're straddling alpha/beta quality here, so a bugged build is not unforeseen. Of course, you want to strive for the best possible quality, but it sounds like you're hard at work preparing it for promotion. Please do supply (at least!) the IGF build for your Desura betatesters and Kickstarter backers. Besides, it isn't an enormous binary, and there aren't that many of us, so I seriously doubt that an updated build every 2-6 weeks would hurt Desura; after all, the test/report/debug/rebuild cycle is a huge part of what they expect in an alpha or beta program.
Yes, it's a hassle to test a build for us, and takes time away from other development (as does posting updates to us), but that's what we all signed up for :-) I'm convinced that the iteration will yield a better product that you and your backers will like better, even if it takes longer to complete.
I hope the IGF submission is accepted! Then I'd expect video from the conference (if not a recorded livestream!).

Hey sorry bout the confusion, it seems a lot of our automated actions aren't parsing well on this build.

Another update that addresses these within the next 24 hours.

I'd love an update... what's up in the world of Mercenary Games?

We got new demos coming out and Steam Greenlight.

Demo for windows should be up already. Still cracking it for Linux and Mac.

Ok, NOW, congrats on getting funded!

congratulations on getting funded!

thanks :) Not over yet, so we're pushing hard once we rest up over the next 48 hours.

Going to try it out on desktop later.

thanks for the heads up.

Luckily, all our problems are with shader code, so something we have already isolated.

Our shaders are for planet rendering.

And this won't work with Nouveau drivers either.

thanks, gonna research entry points there as well.

I don't actually use Nouveau drivers, I just meant to inform. 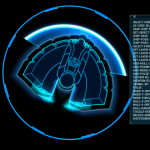