Hey guys, it's Matt. You may or may not know me from Battlefield 2: World at War. I'm going to make a indie racing game inspired by Paul Walker and The Fast and The Furious. Paul Walkers death hit me hard, very hard. I didn't personally know him, but, it was still like losing someone in the family because I had grown up with his movies. I can't even begin to think about how his friends and family feel. This game is dedicated to Paul Walker, Rest in Peace.

The main features in this game are to bring tons of tuners and imports you would see in todays street racing scene, as well as the energetic and fun atmosphere to your PC. This won't be just tuners, there will be plenty of Muscle cars, trucks, and other vehicles with wheels as well. Another feature is complete vehicle customization. I loved the customization in Forza and Need for Speed Underground. I hope to combine the two to make the coolest customization system to make the coolest vehicles possible. I also want to bring nice driving controls and make the cars handle nicely unlike in Need for Speed The Run. I'll post news articles containing ALL of the features over time so it isn't spoiled.

I DESPERATELY NEED PEOPLE IN EVERY SINGLE POSITION TO MAKE THIS GAME POSSIBLE! CODING - SOUNDS - 3D - YOU NAME IT! THERE WILL BE DEVELOPER EXCLUSIVES! I CURRENTLY HAVE A PC THAT IS RUNNING POORLY AND I'M WORKING FOR A NEW ONE SO I CAN'T DO MUCH 3D AT ALL. I CAN DO SOUND DESIGN AND ART DESIGN AND SOME TWEAKING FOR THIS GAME, I'LL NEED MEMBERS IN ALL OTHER POSITIONS.
IF YOU WANT TO JOIN THE TEAM PLEASE SEND ME A MESSAGE AND JOIN MY GROUP, Outback Studios.

THIS GAME WILL BE MADE MOST LIKELY OFF THE UNREAL ENGINE 3 or 4. POSSIBLE TO BE SWITCHED TO UNITY ENGINE - ENTIRELY DEPENDS ON WHETHER OR NOT THE TEAM KNOWS HOW TO USE UNITY OR UNREAL.

Real War 2.0 is being taken over by Outback Studios!

Hello everyone, it is Xythos. Just call me Matt. Some of you may know me from Battlefield 2: World at War. I would like to announce that Real War 2.0 will be taken over by my team at Outback Studios and worked on.

I'm happy to be working on this mod and I hope some of you old players will be glad too! We'll be updating the tweak files, adding new factions, maps, and skins to this game and so much more! Be sure to track this mod and check out Battlefield 2: World at War!

IMPORTANT! READ EVERYTHING! Hey there everyone! It's Matt! The Battlefield 2: World at War Pre-Pre-Alpha is finally here! Please give a huge thanks to...

LOOKING FOR A TEAM!!

Hello there, I'm Matt. I'm the lead developer of Undergrond Racing. I'm like oking for people in all positions 3D to Coding for this game.

Hey guys, it's Matt! Today is the day! Battlefield 2: World at War Pre-Pre-Alpha is now officially 100% truly out and now so is the ENB! The ENB is super...

If you couldn't already tell, the game is dead. I had models textured with sounds and some more stuff, but since it was just me working on it and I don't have much time, this is shutdown.

Looking good. I will def do a lets play on this

I can't wait for this game it's gonna be sick! Good luck! 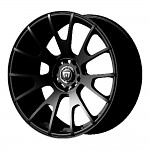