Assetto Corsa is a next-generation driving simulator for Windows PC which reproduces real-world circuits, as well as road and racing cars. The game includes a virtual career and allows the player to create and customize offline competitions and multiplayer races to challenge other players. Assetto Corsa is available now, exclusively through STEAM.

Assetto Corsa features an advanced DirectX 11 graphics engine that recreates an immersive environment, dynamic lighthing and realistic materials and surfaces. The advanced physics engine is being designed to provide a very realistic driving experience, including features and aspects of real cars, never seen on any other racing simulator such as tyre flat spots, heat cycles including graining and blistering, very advanced aerodynamic simulation with active movable aerodynamics parts controlled in real time by telemetry input channels, hybrid systems with kers and energy recovery simulation. Extremely detailed with single player and multiplayer options, exclusive licensed cars reproduced with the best accuracy possible, thanks to the official cooperation of Car Manufacturers.

ASSETTO CORSA has been developed at the KUNOS Simulazioni R&D office, located just inside the international racing circuit of Vallelunga, allowing the team to develop the game with the cooperation of real world racing drivers and racing teams. 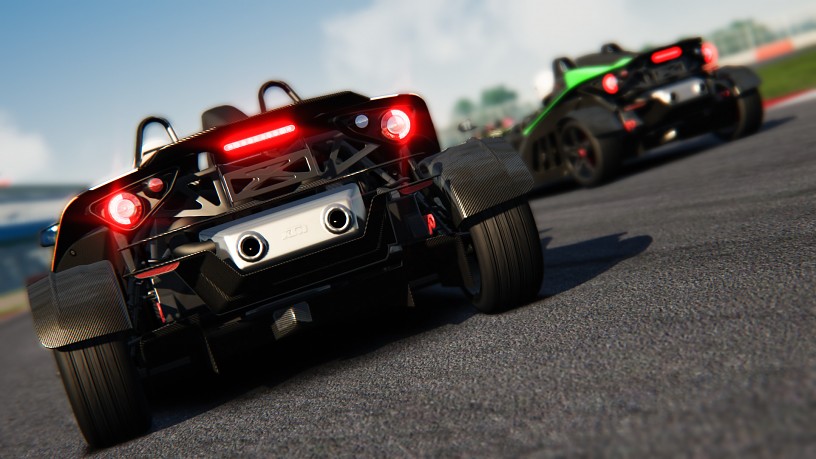 Communicating the experience of using a virtual reality headset is something every hardware manufacturer and VR game developer struggles with. One option available is mixed-reality footage; that is, video that combines in-game graphics with live-action footage of the person playing it.

We've seen this used to great effect for games like Fantastic Contraption, and later in HTC Vive launch title Audioshield. Valve itself even took to the format for its incredibly well-made SteamVR promotional video, which heralded the official launch of the HTC Vive.

But while those videos featured a majority of third-person or external perspective footage, we've yet to see mixed reality video demonstrate a first-person VR game - until now. YouTuber Marcel Pfister recently uploaded a mixed reality demo of racing simulator Assetto Corsa, created using a green screen and the Oculus Rift.

The footage is shot from Pfister's in-game cockpit view, complete with his real life steering wheel and gearbox overlayed into the in-game car's cockpit. Pfister says that this is how simulation racing gameplay should look in the future - and we have to agree.

Assetto Corsa is available on Steam for $44.95. 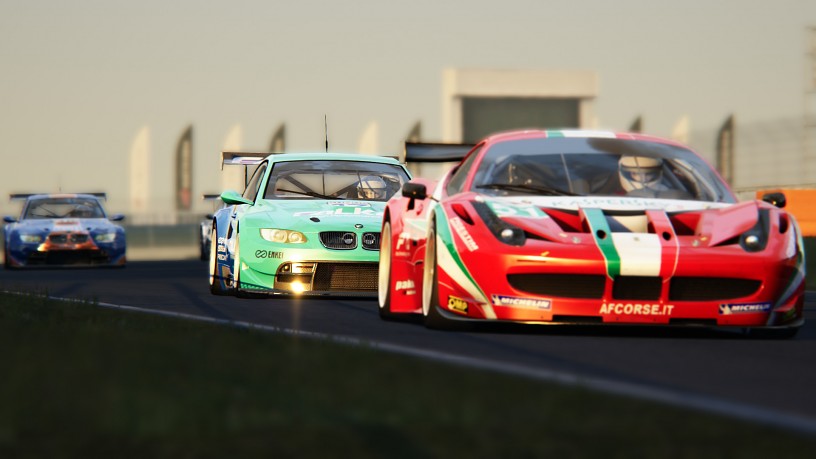 The premier mod by CTDP for Assetto Corsa brings you the 2009 season and Hill Climb Event with all competing cars and drivers.

BASIC emulated Night "weather" effects for Assetto Corsa to be used with Alien Racing Server and others running night races. Full-fills requirements for...

Circuit of the Americas - ALPHA

This is an ALPHA test mainly for FFB. A separate model is being worked on with vast changes.

The Need For Speed Racing