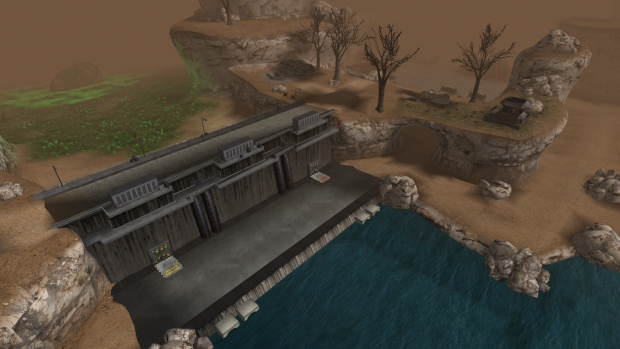 I love the sight of Tiberian wastelands in the morning!

Dam - A large Dam separates the GDI and Nod bases, with routes that coil underneath the hills through tunnel systems.