In development Adventure / Trade Sim game based in a futuristic city. Play as a small time gangster trying to earn your way back in to the Syndicate after a deal goes horribly wrong.

Thanks for voting and helping Dope City Wars on it's quest to become the 2022 Indie of the Year. You are now in with a chance to score some free games. Help this game secure more votes by embedding the widget (or link) we have included below on your favorite sites.

In 1993 a group of scientists were experimenting with toxic chemical waste in an attempt to create a new cola drink. What happened was that the toxic chemicals caused massive amounts of radiation to escape into the city. The radiation killed everyone and turned them into a bunch of double dead toxic scumbags.
Now, in 2011, you must battle the hoard and re-corpse all these zombie assholes ... Also the president's daughter has been kidnapped or something. 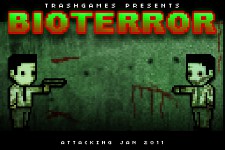 bioTerror started as a prototype for sidescrolling shooting combat in another Trashgames game, Dope City Wars, but it was so much fun that we decided to make a whole game out of it!

bioTerror is under development as a browser game and is going to be entered into the Unity game competition over on Kongregate.

To celebrate the good news here are some screenshots from the latest preAlpha build. Enjoy! 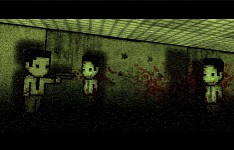 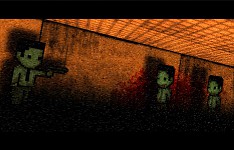 Trashgames took a bit of a kick in the teeth last week when Dope City Wars was rejected by Apple for release on the iPhone. The good news is that the...

Trashgames is very pleased to announce that it's latest game Dope City Wars is complete and has been submitted to iTunes for approval.

Trashgames is hard at work developing the newly named Dope City Wars. Formerly under the working title of Trashgames City Project, the game is now at...

This game is interesting when will it be released?

I love the paper mario grafic. It looks simple butt so well design.

is this game dead? cause it looks pretty interesting...

Hi
No the game is not dead,it's still under development / redevelopment and is coming along nicely, with lots of great new art and story elements being introduced.
Keep your eyes open for a news update some time after Christmas!

Any possibility for multiplayer?

looks nice, i tracked
please give a release :)