To avenge your mentor's death you have to defeat the countless minions of the killer.

Use precise timing and deadly gestures to burst the hearts of your foes in this frantic yet simple action game.

Your friend and mentor is dying in your arms! Dastardly attacked and left to die. Tradition commands that you avenge this senseless death. It's a story as old as time and so you set out to face the many members of the killer's clan. Luckily you have mastered the secret Touch of Death: Dim Mak, the five-touch-heart-explosion-technqiue.

To use your Touch of Death you have to time your movements just right. Hit the touchlet markers at the right moment. Or follow the shown movement as closely as possible. If you're successful the hearts of your enemies will burst in their chests!

★ See how many enemies you can defeat
★ Turn your friends into rivals with the online leaderboards
★ Earn points and increase your combo-multiplier
★ Fight against different enemies, in different colors!

If Fruit Ninja is too tame for you, Touch of Death might just be the answer. It combines Fruit Ninja with the challenge of Temple Run and the flow of rhythm games to make for truly hypnotic gameplay.

Touch of Death update 2.0 is live

Today we've finally released our big update to Touch of Death! The gameplay is still the same hypnotic fun it was before. But now we've improved everything else: 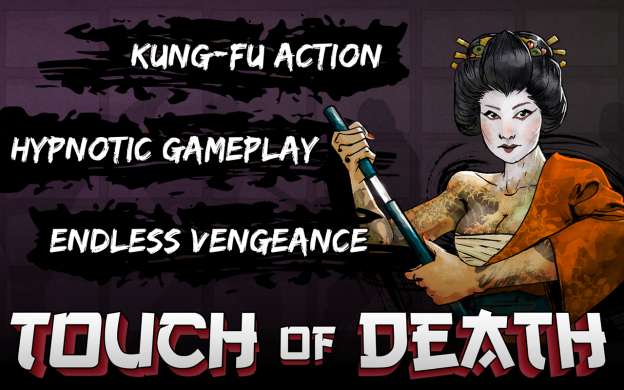 The game looks a lot better with all new artwork from our good friend Anjin Anhut. We now have a total of 6 enemy types: three male and three female fighters. And not only that, each of these has five different heads, that provide an awesome flavor. And some of these heads are rarer than others, requiring you to keep your vengeance up for a while!

In addition to the new art there are two new levels available to fight and die in. The mountain temple set in a remote and peaceful area. Well it used to be peaceful until you showed up to take your revenge! And then there's the snow village, which is just waiting for you to turn it red! 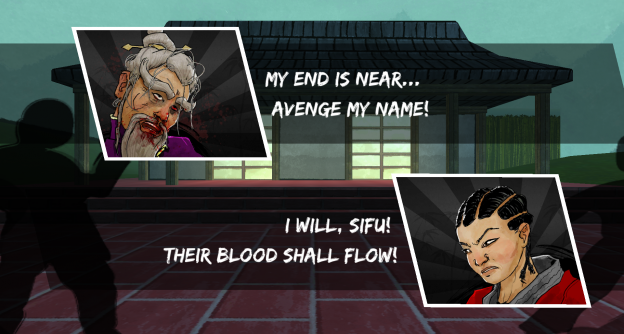 And the proably biggest change is that you can finally play the game on smartphones. This required us to make a few changes and improve performance but now you can burst hearts on the go! Be aware though that we had to make some changes to the gameplay for the smaller screen, so it's not going to play perfectly similar. 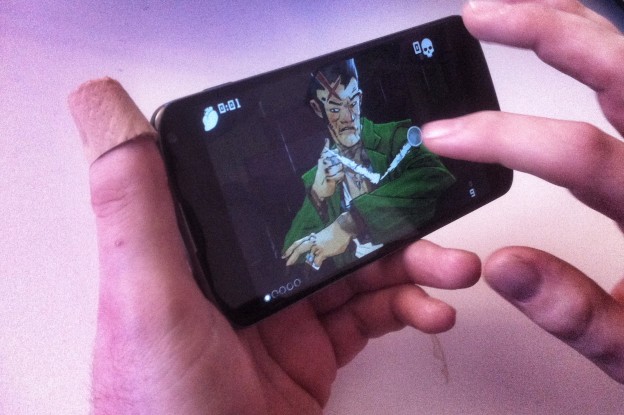 And that's it. We hope you enjoy it and decide to give the game a try. It's as hypnotic as ever.

Coming soon in version 2: All new graphics for Touch of Death. New arenas and new fighters! What enemies would you like to see?

It's Sharkweek and to celebrate we at Sharkbomb have put Touch of Death on sale. For a limited time only the game is available for only 50% of it's regular...

Grab Touch of Death for your iPad or Android tablet and dive into a world of martial arts. Avenge the death of your mentor and destroy the murderous clan...

Touch of Death, the Trailering

The Touch of Death trailer is done! Watch it now...

Indie
Tags
Embed Buttons
Link to Touch of Death by selecting a button and using the embed code provided more...

TMNT: Heroes In A Half Shell Arcade