“The Running Dead,” will basically be an infinite runner that keeps getting harder the longer you run, and will have zombies that will come after the player when he/she is a certain distance away. The zombies will have two attacks, the first attack is a bash or grab attack which does 5 points of damage when the player is by them, also if the player is by them for more than a couple of seconds they will start eating him/her which will do 50 points of damage, there are also obstacles in your way that you must avoid as well. The player will be able to find various weapons throughout the run, but he/she will have a limited amount of ammo that they can use to clear a path through the zombie horde, you will also be able to pick up health and you will be scored on the length of your run and by how many zombies you kill.

We're only showing the basic game-play for the Alpha because we want everyone to get the feel of the game. We aren't close to finish with the project, but wanted to show you guys where we are at. 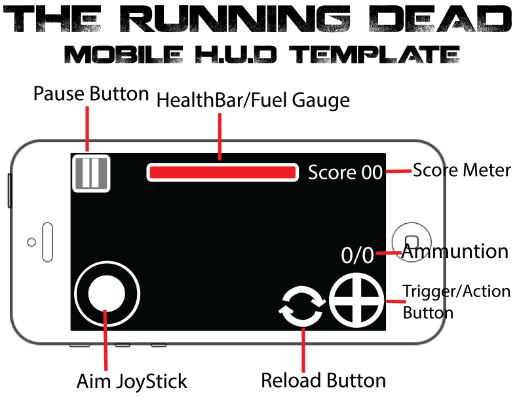 Hey everybody here is another update on the progress of our project.

The main part of the level generator is finished, and Paul fixed the float overflow by snapping back after 1000 units. He also fixed an issue with some of the zombies falling off the back of the level, and working to improve their AI. He fixed the player animations by separating the movement of the animations into two different scripts. He also fixed a lot of the physics for more realistic weighting for when the player is driving the car and running down zombies.

We’ve updated HDRI panoramic sky mapping with better HDR lighting. Paul has also changed the fog material to adjust its color and have slight transparency to show some of the sky map, and reduced the camera render distance to avoid seeing beyond the fog.

Now we are currently working on optimizing and perfecting the control schemes for mobile devices.

Custom Texture Packer in Unity (Can hold 16 texture or more)

I wanted to share this power my lead programmer/ level designer Paul has created. He made a texture packer tool that allows models to share the same material by packing their textures together into atlas files and updating their UV coordinates. This will allow for fewer draw calls when running the game, saving memory, and keep detail in the texture depending on how many textures you have packed. Very easy to learn and use especially good if you are doing mobile games.Paul has also made this tool available for everyone to use with this tool you can pack textures together into their own atlas textures and output the UV data to an XML file. 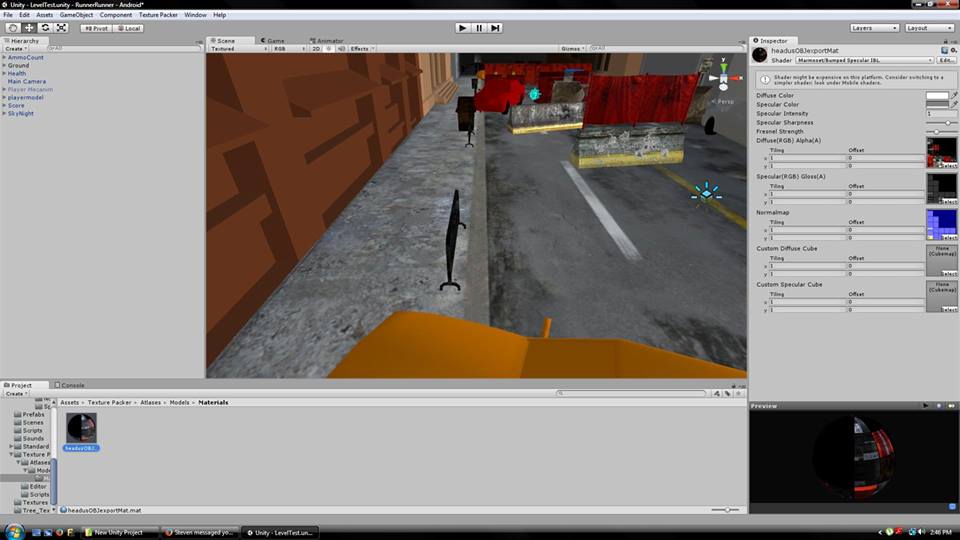 These are the City Street's level barricades I've created for the Alpha release. The Models are very low poly I put alot of effort in the textures, specs, and normals which are 512x512 using the texture packer Paul has created so the models share the same material by packing their textures together into atlas files and updating their UV coordinates. 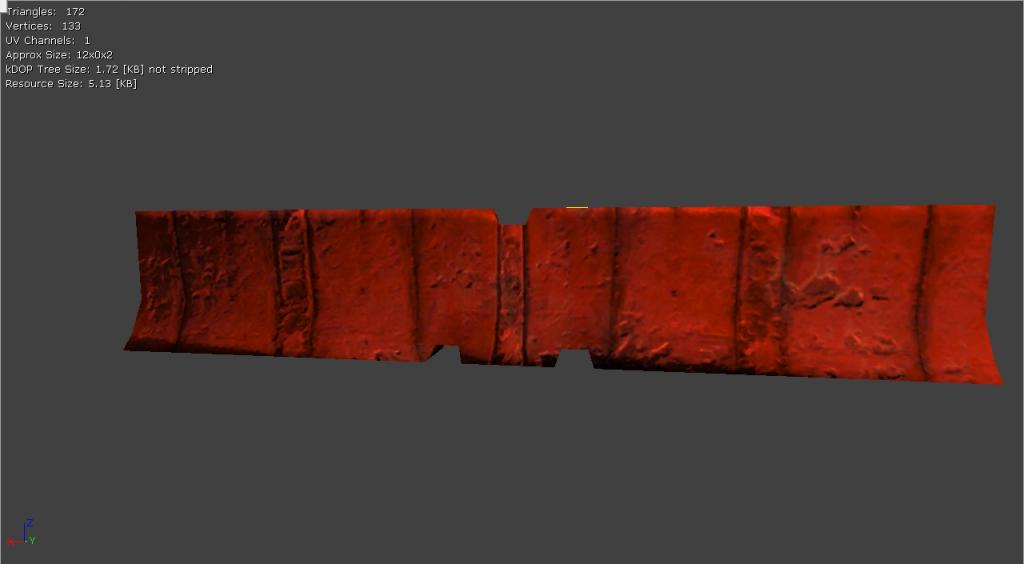 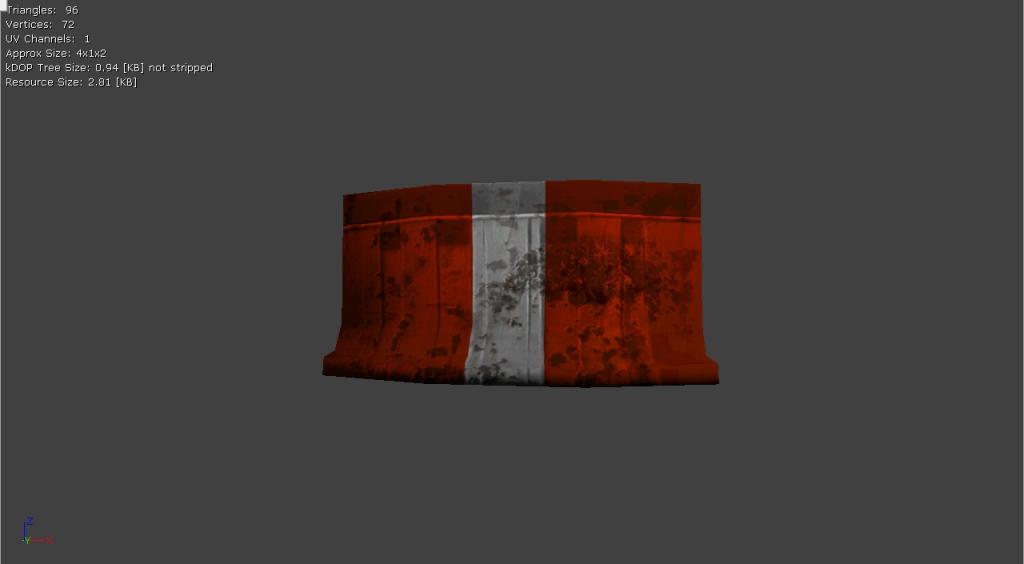 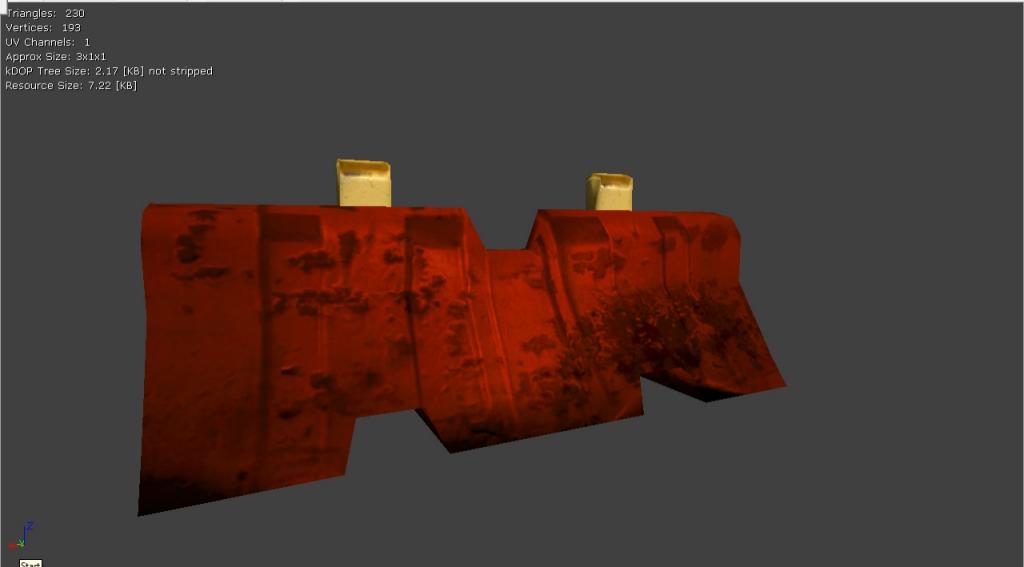 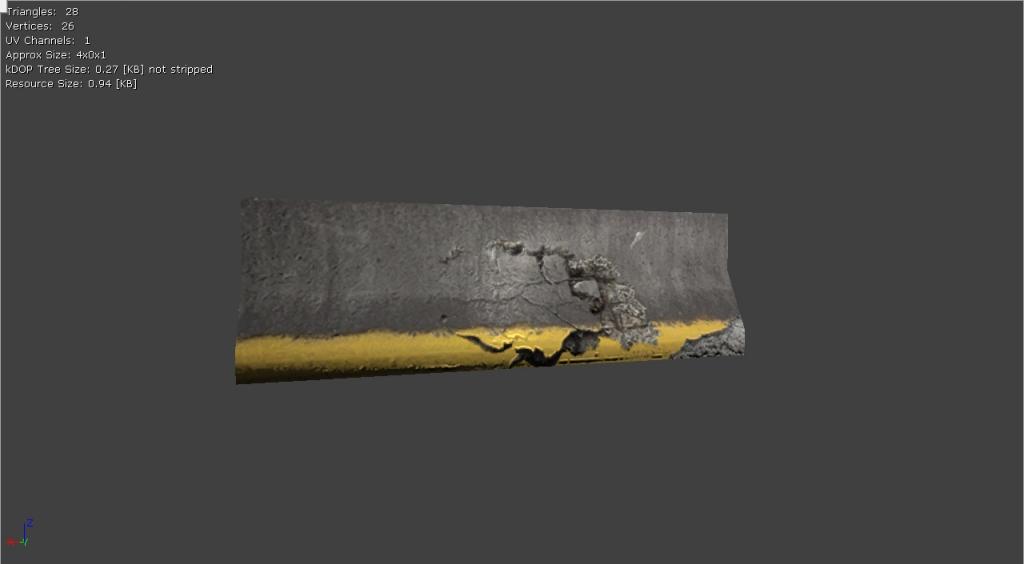 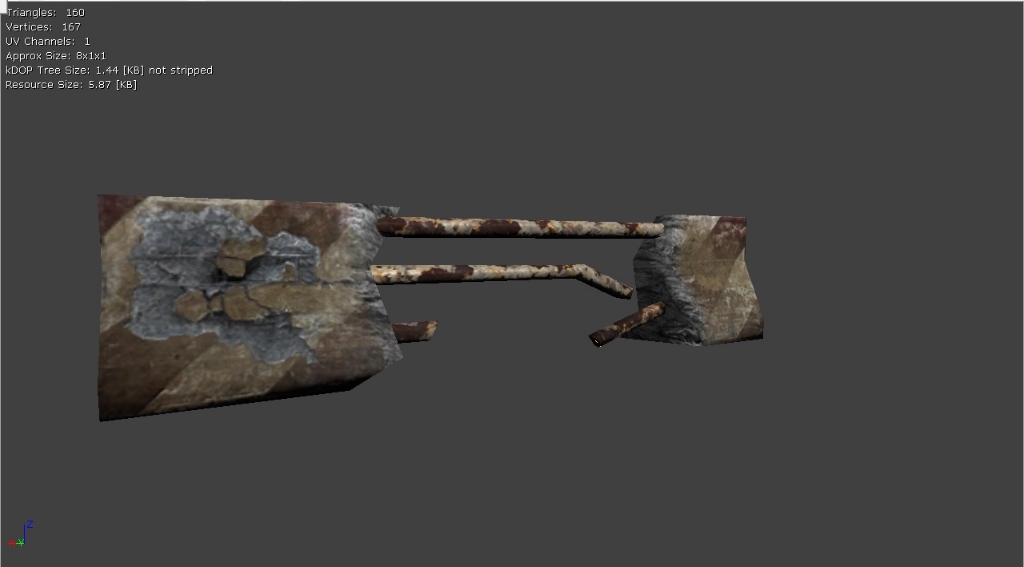 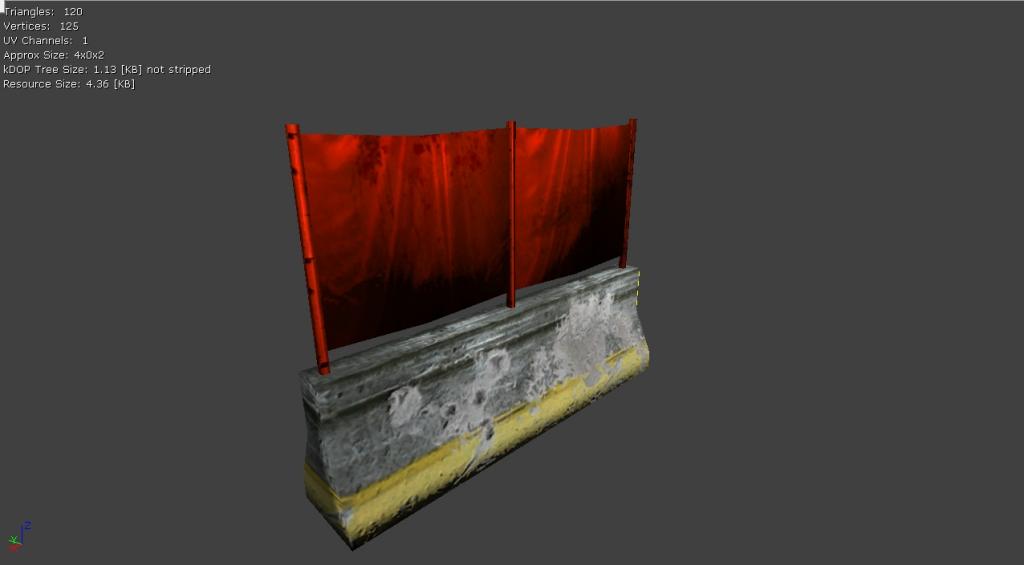 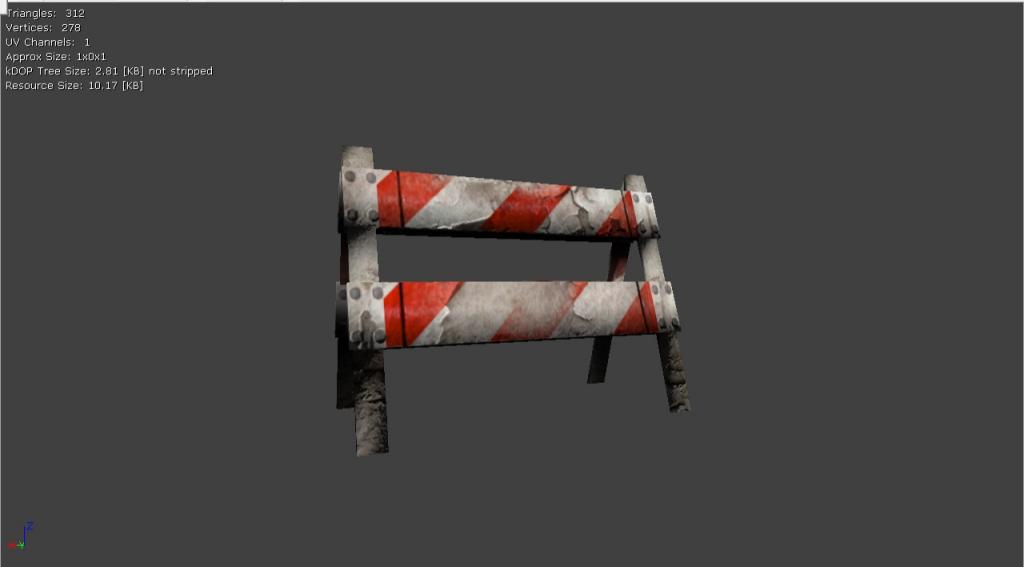 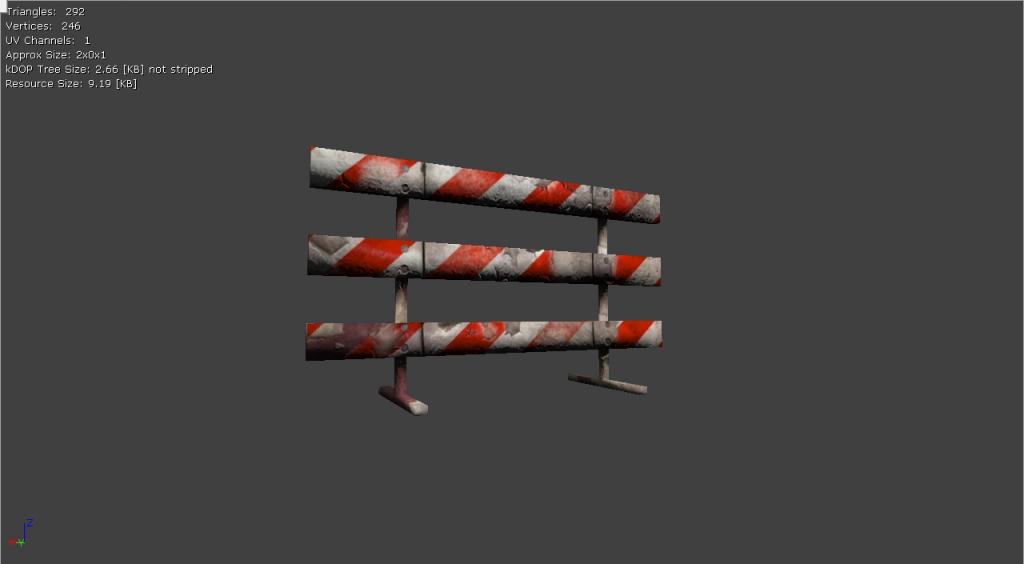 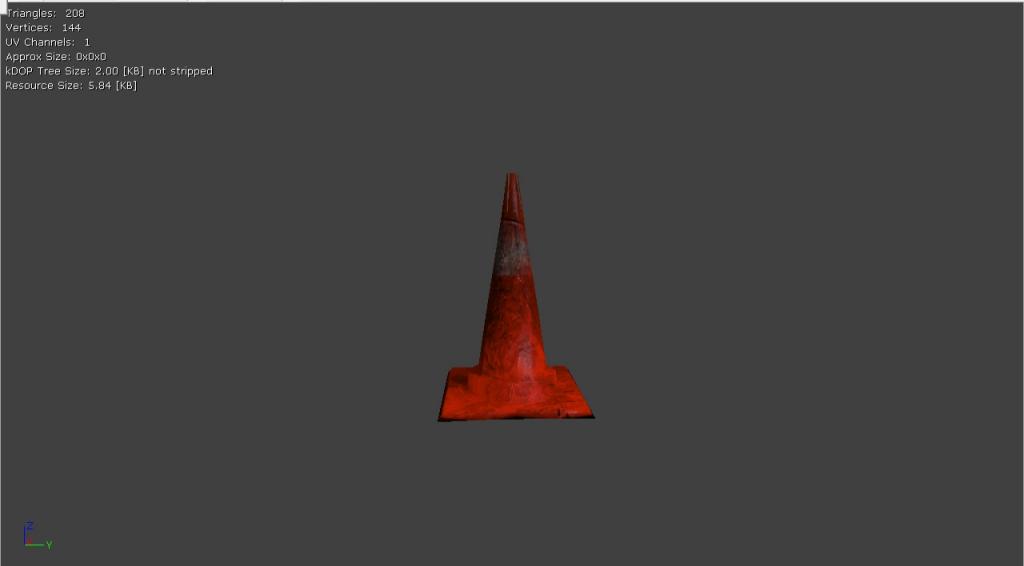 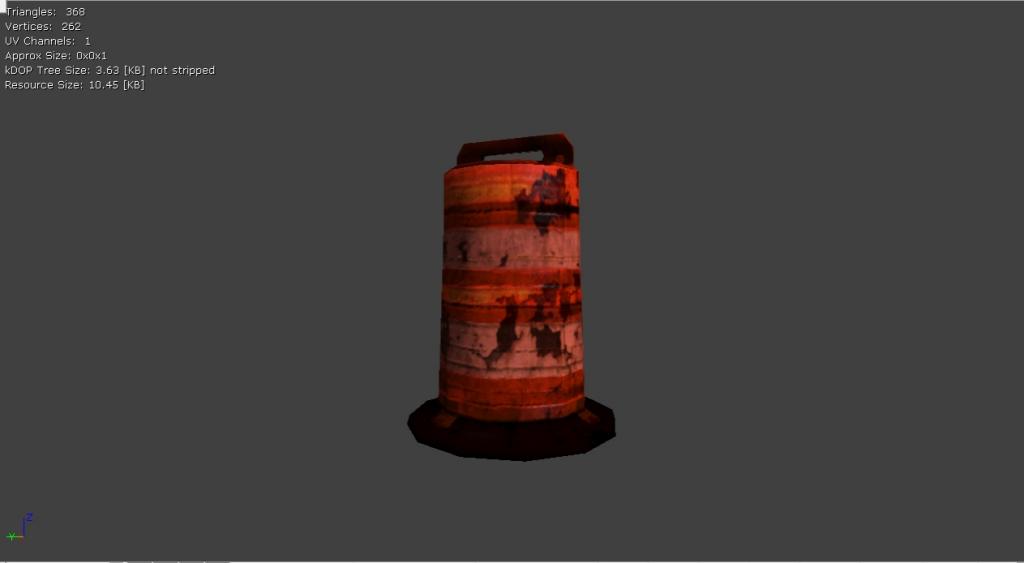 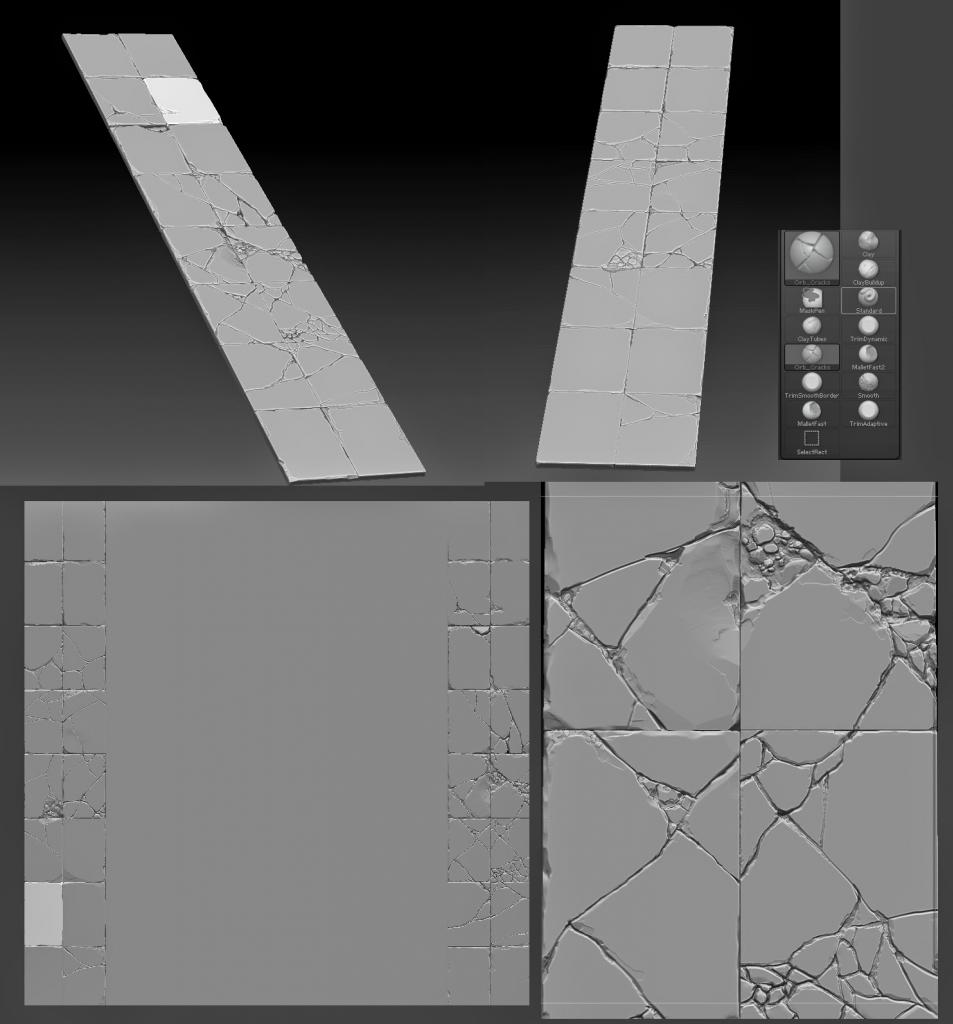 Thank you for taking the time to look over our progress =)

Here are some of the Melee Weapons that will be in T.R.D.

Hey every body sorry for the being out of touch, but my team and I went over our progress of production and decided we should get the game to the playable...

We're only showing the basic game-play for the Alpha because we want everyone to get the feel of the game. We aren't close to finish with the project...

Hey everyone we have more updates finally done adding in the zombies with their animations. They look awesome now we are working on adding damage and...

Top 13 of 100 I know it won't last to long, but I appreciate everyone that came to our page, and checked out our project it really push us to get Alpha ready ASAP. Thanks again =D

Twitter
Tags
Embed Buttons
Link to The Running Dead by selecting a button and using the embed code provided more...