In this online Augmented Reality intense first-person action-adventure game, you are a troop from The Garrison defending its fort, battling vicious creatures that are breaching to your dimension. Find battling alone exhausting? Bring in reinforcement (friends) to your physical location and eliminate those demons, defeat the astoundingly overwhelming bosses plus complete challenging quests along the way together. Upgrade your equipment and collect valuable treasures to be the undisputed world's best GARRISON!

Studio C was actually established in 2015, as a vehicle for Adrian and me to explore on game development. We got serious in 2016 and things changed when Willy joined us. We focus on mobile games, but somehow I feel that AR is very interesting and worth exploring.

So after some brainstorming and discussion, we decided to develop a multiplayer first person RPG using AR, The Garrison AR. It took us a few weeks just to develop the idea, and we soon found out that it's impossible to make this game out of our own pocket, and that's when we spent the next few months getting ourselves funded.

Fast forward to November, we finally managed to get funding to kick start our development! Thanks to the nice people at Cradle. Along the way, we've met our new team members too! (We'll introduce them later), and we got into GameFounders LITE program where we learnt a lot about game development and made some friends from the industry. Attending LevelUp KL also opened our eyes to the huge world of game industry and changed our perspectives too.

All in all, 2016 was a worthy journey and a prequel to our grand adventure. The Garrison AR will be officially starting development in 2017! Do look forward for more updates! 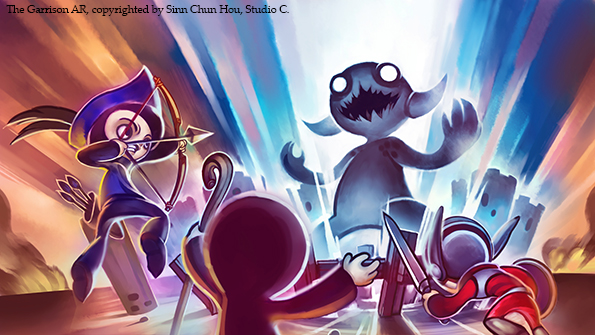 For our first post, it's already about implementing a new game play mechanics.... Geez, I wonder how the final build will look like!

Indie
Tags
Embed Buttons
Link to The Garrison AR by selecting a button and using the embed code provided more...