The Electric Adventures of Watt

The Electric Adventures of Watt (TEAoW) is a 3D, action platformer which asks players to pick a side in a battle between darkness and light. Choose the mechanical citizens of Illuminaria and see The Core's light brought to yet untouched corners of a dark world, or side with the ethereal Creep and defend your very existence. Regardless of the side chosen, the path ahead is fraught with peril. Are you brave enough to discover what lurks in the darkness and looms in the light? 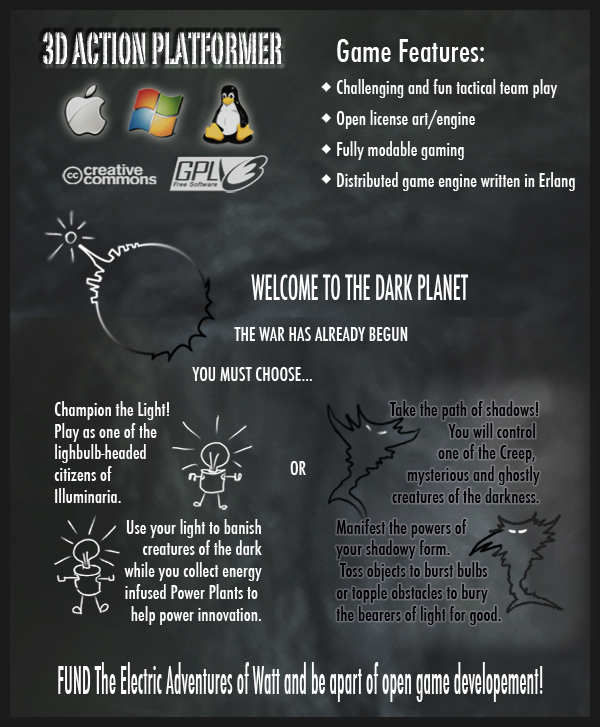 
On a lonely, dark planet in deep space the story of TEAoW unfolds. This solitary rock hurtles through open space, ominously orbiting a black hole which has long fed from this remote region of space. 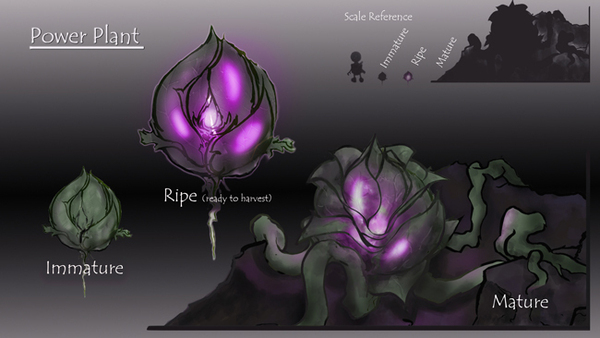 The only light which shines upon the planet's harsh, jagged surface originates from distant stars. Very little organic life exists here. What atmosphere the planet had has long been lost and the only organic life known to exist are strange vining plants, so-called power plants, which feast off what faint radiation happens to fall upon the planet. Quickly these plants grow, branching their vines outward and upward in attempt to gather as much radiation possible. As vines mature, they produce small buds in which they store excess energy. Although distinctly short on organic life, the planet is home to two warring factions: mechanical citizens of Illuminaria and the mysterious Creep.

The city of Watt and his people, Illuminaria is a bastion of light and innovation. Illuminaria's citizens, all constructed according to the designs of The Engineer, play out their peaceful lives in the life giving light emanating from The Core which hangs high overhead. No one knows exactly who The Engineer was or why he (or she) built Illuminaria, however, it is by the protocols set forth by The Engineer that Illuminaria has prospered.

Every citizen has a specialized role to play. While most citizens never leave their city, a select few are purposed with venturing out into the darkness to harvest the ripened power plant buds and deliver them back to The Core where they are ultimately used as fuel. These harvesters are outfitted with incandescent bulbs in order to ward off hostile Creep. These light sources must be used optimally, however, as harvesters have a limited amount of mechanical energy to power and too much direct light renders harvested power plant bulbs inert. 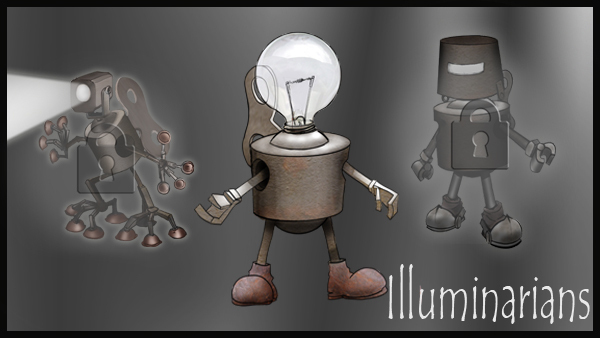 Denizens of the darkness and seemingly conjured out of the shadows of your own fearful imaginings, the Creep inhabit the parts of our lonely planet that are most devoid of light. All too often they can be found in and amongst mature power plants. These shadowy creatures hate the light and will do all in their power to extinguish any source of it. Creeps appear to be entirely ephemeral and take on a multitude of sinister shapes, despite this, they have some ability to manifest, either to throw or push objects. Their origin is unknown. Where did they come from? Why are they here? 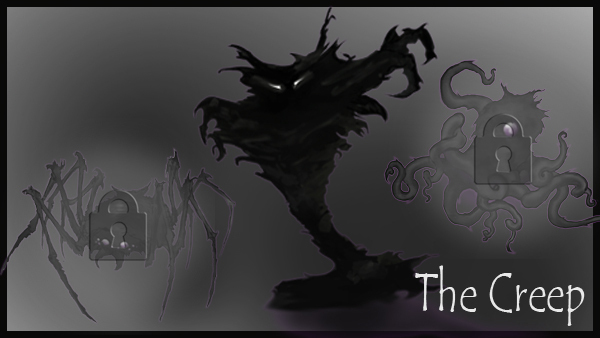 Still in development, the gameplay for TEAoW is still being shaped.

Currently, TEAoW derives its core mechanics from many great platformers which have come before. In order to avoid prevalent physical hazards, players will be required to stretch their minds against puzzles and hone their split-second reflexes. In addition, TEAoW will feature PvP combat elements familiar to Action-RPGs.

The Electric Adventures of Watt on Indiegogo

The Electric Adventures of Watt: Playable Demo is going into its final weeks on Indiegogo and we need your help to reach our goal. Money raised from the campaign will go directly to funding the creation of 3D assets and original music for the game.

As our way of saying thanks, all crowd-backed assets will be released to the community under Creative Commons.

Hey everyone I am the artist for TEAoW. I did all of the concept that you see here and am currently building the game models and animations...everything really. If anyone has questions about our workflow or any of the artwork just ask.

Tags
Embed Buttons
Link to The Electric Adventures of Watt by selecting a button and using the embed code provided more...