No Exploration. No Secrets. Just Execute.

Bot Gaiden is an intense action platformer focused on speed and efficiency. Inspired by the likes of Ninja Gaiden, Mega Man, and Contra, it's all about running, jumping, and slicing your way through diverse enemies in vibrant, action-packed environments. The player will die many robot deaths on their way to saving the world, but those who seek the optimal path will be greatly rewarded. 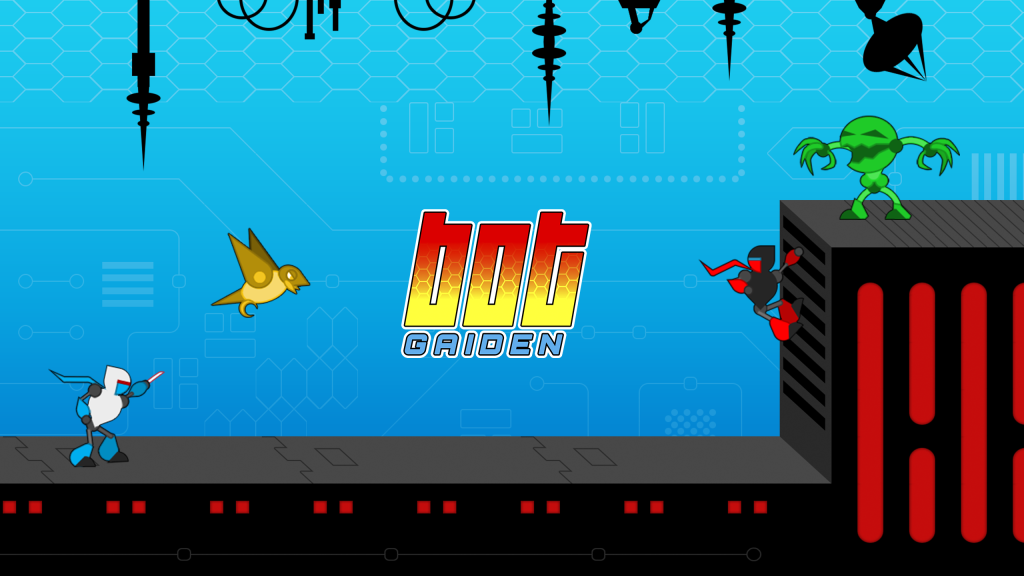 Robyu, you have been awakened in a time of great need. Sensors indicate unusual activity arising near the mysterious temples of the SKULLS OF POWER. We suspect the mastermind Jio-nova may be behind this. If he was able to activate the skulls, the consequences could be… apocalyptic. Jio-nova’s operatives have been identified near each of the zones in question. You must take them out and retrieve the skulls. You were made for this purpose, Robyu, you are our contingency ninja. The Continja, if you will.

As a robot ninja, Robyu possesses both agility and technological advantage. His base abilities include a plasma sword capable of 1-hit kills for most enemies, a high-RPM running speed module, and cannonball jump thrusters for serious distance. Electromagnetic grappler units allow Robyu to cling to almost any vertical surface.

Throughout each level, Robyu can smash containers to collect orbs which augment his tech. Once he collects each orb type, they remain in effect until he takes damage and his system reverts to safe mode. There are 3 basic orb types:

Robyu can wield all 3 powers at the same time! That is -- if he's able to remain undamaged. When Robyu is fully charged with the 3 basic orbs, his system becomes capable of docking the 4th orb -- super dragon speed! Watch out, though -- with great power comes great peril.

Bot Gaiden takes place in locations all over its futuristic globe. The homes of the skulls call back to an ancient time -- a time that was focused on hardcore action. There are no branching paths, no secret hidden goodies. Just a horde of menacing robotic goons between Robyu and his goal. He can see everything the stage offers within his scan area, so he doesn't have to worry about tentative, exploratory steps. The only exploration will be determining which jumps and diced up enemies will get Robyu to the skull faster. The Continja was built for speed and decimation.

The Skull Temples are guarded by legions of diverse robotic foes. Each has unique patterns of attack which Robyu will need to analyze in order to discern the optimal path. These temples were not designed to send armies of similar enemies to attack -- this would be much to easy for an automaton like Robyu to analyze and destroy. Rather, it is the constant shifting and evolving of the enemy combinations that make them so deadly.

Jio-nova's underlings are larger-than-life robotic henchmen who have succeeded in their task of securing a skull of power. Robyu will need to find a way to take each of them out in order to reclaim the skulls. There is one huge advantage available to true Continjas -- time. As the bosses remain near the skulls, they gain power. However, if one was able to reach them before they are able to fully charge -- well, it's not good news for the henchmen. 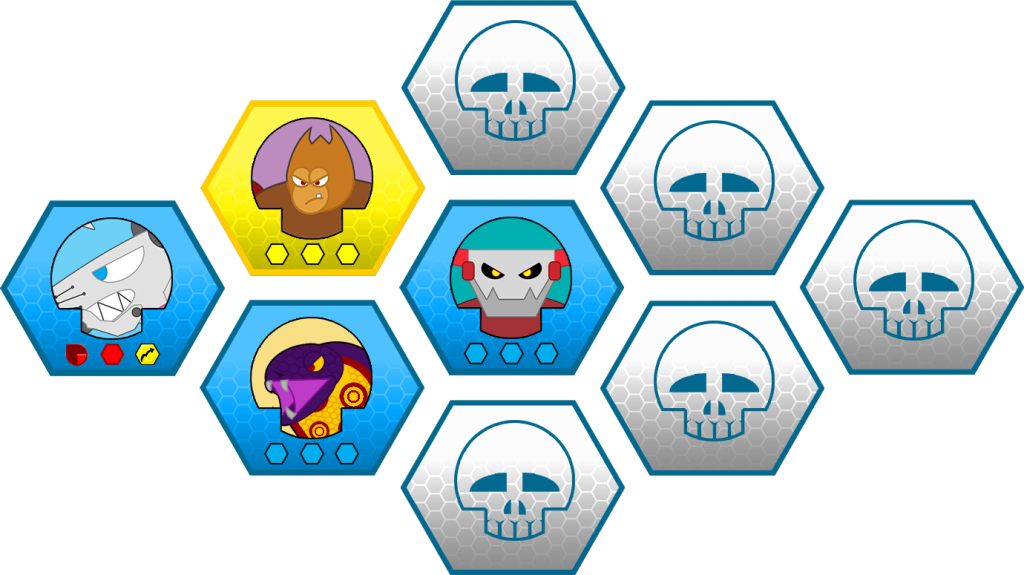 Robyu was built for speed, is that clear? There is yet another reason to retrieve the skulls in the most timely manner possible. Each level includes 3 rewards that Robyu is able to equip, if his system is not overloaded by excessive time. If he can finish in under 3:00, Robyu can add another permanent health unit to his meter. Get the skull in under 2:15? How about another life. Complete in under 1:30 (is that even possible?) -- now those are some special rewards. Rumor has it that abilities like triple jump, infinite dash, and much more become available. And since all of the above are permanent upgrades, they might just allow you achieve a faster time on previous levels, unlocking even more upgrades. Go fast, please.

The Continja has a contingency! When in doubt, enlist your clone robot ninja, Bytron. Always good to back-up your backup. Two robot ninjas can take on the baddies together, but that's not all. Robyu and Bytron share a special bond. An electromagnetic bond, in fact. They have special abilities only available in tandem. Activate magnets to teleport to the other player at any time! This technique can be useful to help a lesser partner keep up, to bail said partner out, or even just to cheat death! Bonus: the teleporter can be rocketed forward by a deftly-timed swing from the other player. Alley-oop!

This game needs your support to be released. Vote YES now on Steam, and we'll work our tails off to get it done. The more interest, the faster you'll be able to play!

In this video, we detail the rewards Robyu can earn through each stage in Bot Gaiden.

This video demonstrates the core essence of Bot Gaiden – it’s all about speed. Have a look and see why you’ll be playing over and over to reduce...

Watch the second video in our behind the scenes series on Bot Gaiden, a robot ninja action platformer.

Doug from SwordSwipe Studios discusses the basic gameplay elements of Bot Gaiden, and what went into the decisions to make the game. Take an extended...