• Singleplayer story campaign • Dozens of Collectibles • Character customization • Wide variety of levels • In-game level editor • Different worlds to explore • Online co-op with up to 32 players • Local co-op with up to 4 players • Electro pumping soundtrack by Deracol • Keyboard and Gamepad support • Localisation for multiple languages • Timer for speedrunners • Do you prefer gamepad over keyboard? Do you like to rebind your keys/buttons? You can do that! •

Portal Mortal has been released on Steam!

Almost decade worth of hobbyist development time has been spend to turn this project into reality! To celebrate its 9th development year, which just happened to be 1st of April, I decided to release it! Yay!

Fancy some platforming? Puzzles? Maybe you just enjoy torturing yourself? Like having fun in online sandboxes? Enjoy variety of levels, worlds and maybe even a story? If your answer to even 1 is "yes", consider checking it out!

Here's a fancy trailer and some fresh screenshots! 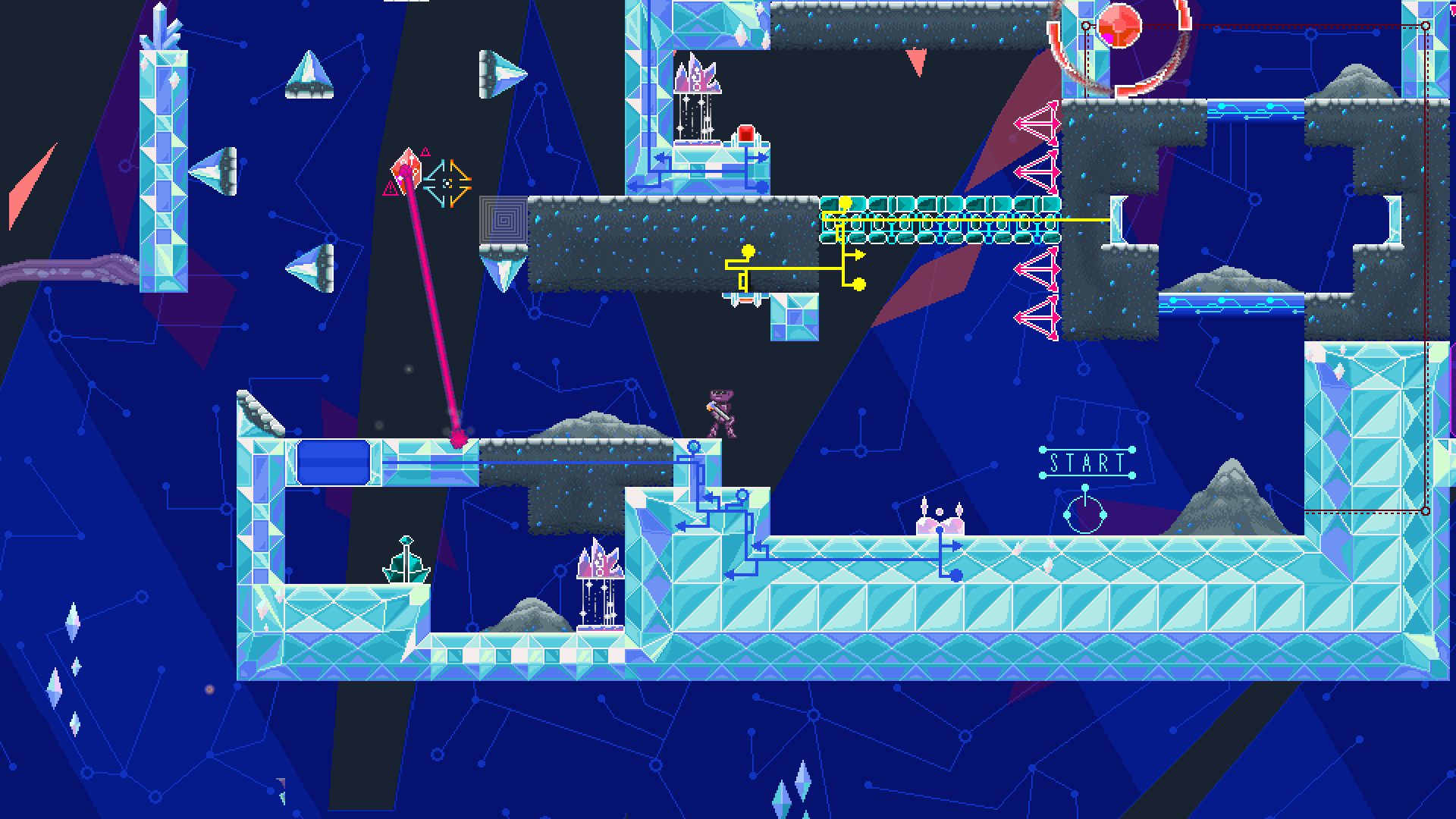 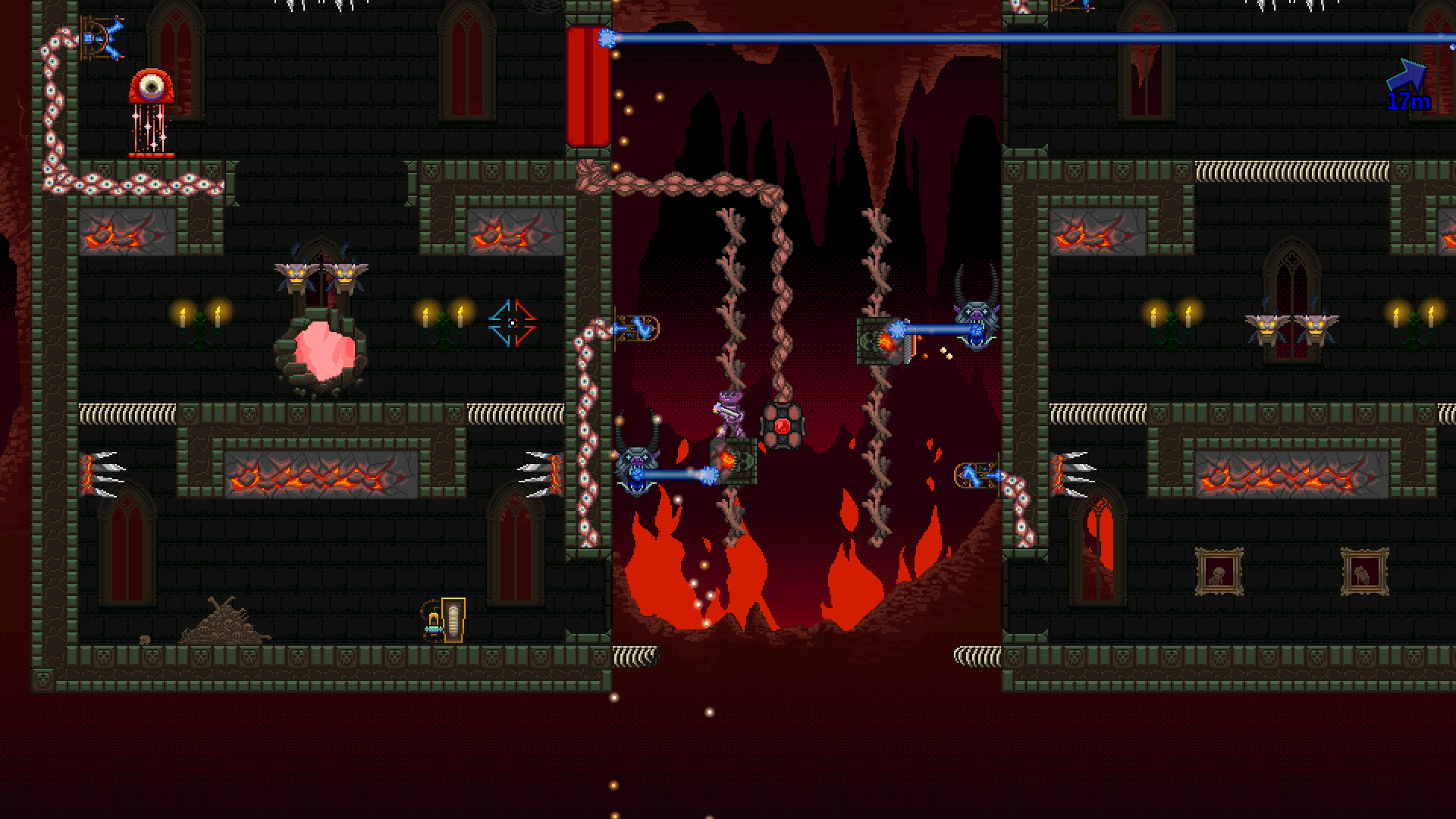 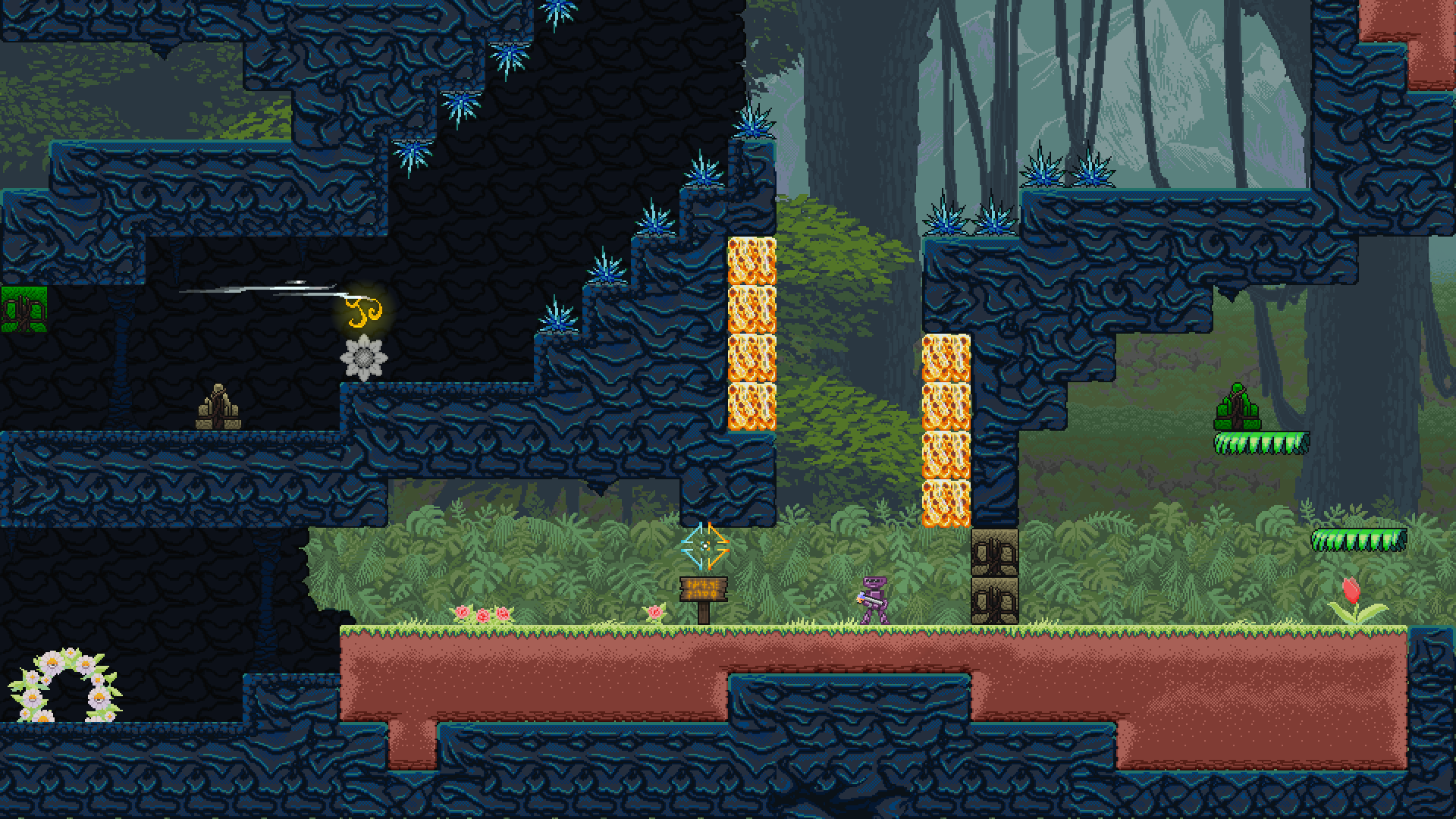 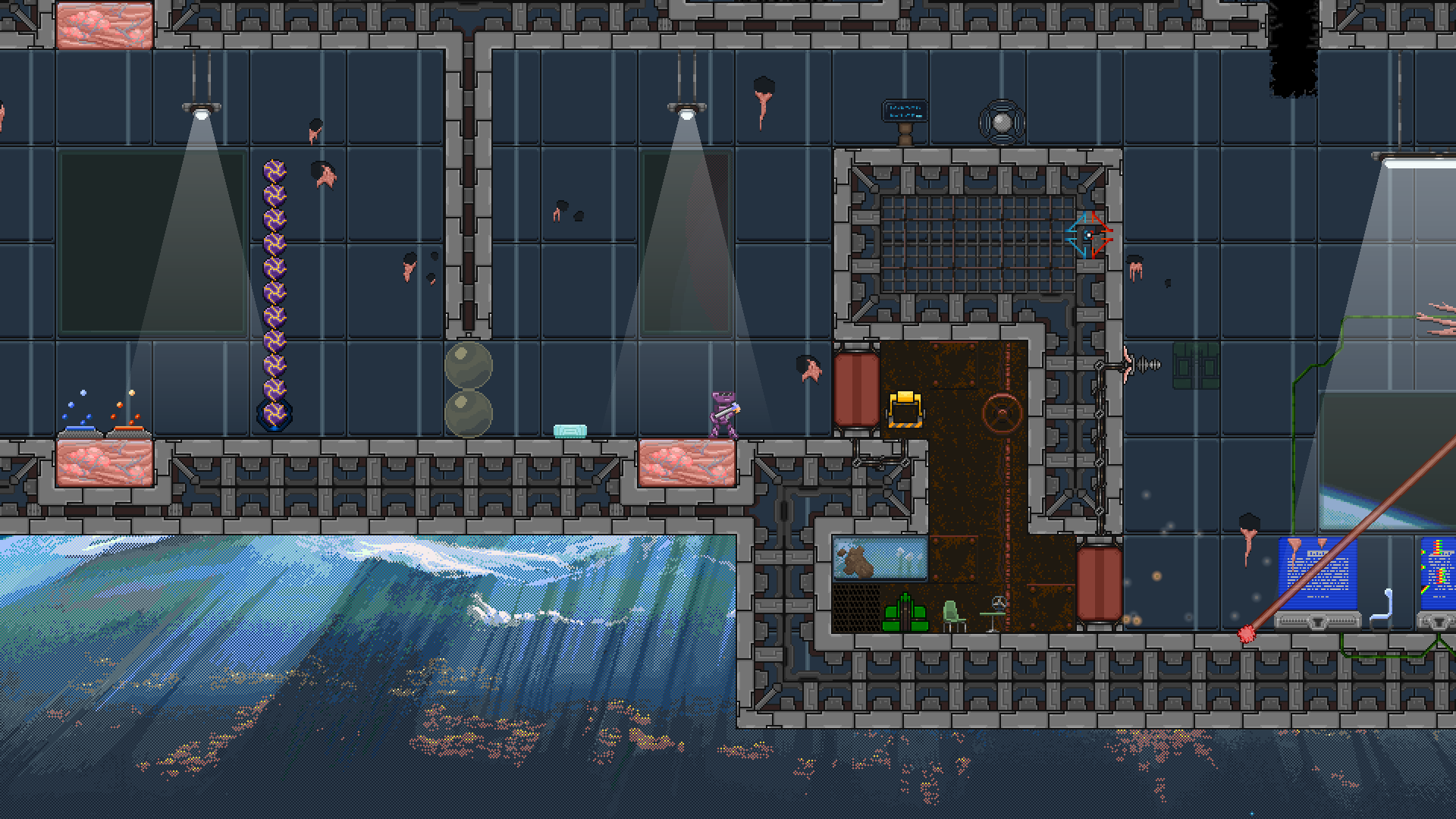 I'll monitor the game and will fix any issues that will eventually be found. I've planned some additional updates to be released, but not much of them at this stage.

I think I'll play some video games. And D&D! It'll take a while to figure out what to do next. At some point I'll start a new project, that's for sure, but as for now writing this, I think I'll take some time off.

It's a weird feeling. 9 years in the making and now it's out. Huh.

Portal Mortal - Demo v0.8.1 is out and Steam page is waiting for your wishlistings!

This will be the very last version released for free. After that, the next thing you'll see is the final version of the game. This demo version has the...

This build is full of little fixes, QoL improvements and placeholder replacements. Modding support now goes over custom music files. Currently the most...

In one of my maps Im using 8 different color blocks mostly connected to each others. Black color differentiate from most of else so i have to use it so player won't lose the track in this colorful mess.

"too much momentum when placing one portal beneath yourself"

It's harmful when it comes to precise platforming (yep I'm all hardcore). To solve this simply keep new momentum for 2 upward portals and bring back old for every other portal arrangement.

"give option between old and new?"

Will people download my theme with the map? Also will spike hitbox adjust to it sprite?

I could add some extra colors or at least modify current colors the way they don't resemble too much each other.

About the momentum, this would be a good idea, but it would cause another problem. I'll figure out the solution for sure.

Spikes. I'm going to add unchanging collision mask which doesn't go with the sprite. I was just thinking way harder than I actually should. This will be fixed.

Thanks for the suggestions!

black blocks are barely visible on black background, portal physics now works really weird - you get too much momentum when placing one portal beneath yourself. Also new spikes are too big to carefully dodge, can you please give option between old and new?

There's plenty of other colors, unless you are already using all of them. However, this block is going to change sooner or later so I can hint about that issue to my pixel artist.

"too much momentum when placing one portal beneath yourself"

This one was to prevent player instantly to warp back and forth. Is there situation where this would be harmful?

"give option between old and new?"

Space spikes are going to be space spikes. You can, however, create your own theme. It could be the already existing one with only few new modifications (It's a bit broken, but next version should fix it). I can pass this info to my pixel artist as well.

This is a cool 2-D platformer with obvious insperation from Portal and Super Meat Boy. It has a cool retro mechanic-art style and pretty fun and sometimes frustrating gameplay. I really like the special effects like for example the blood exploding everywhere! Makes me just want to kill myself over and over again :3 This game confused me as first since i thought it was already pre-made levels with some kind of an story but after the tutorial it was straight to user made levels which is ok but was confusing at first (until i read the readme file). This is fun to tinker around with if you want to test your creativity or make some cool stuff. I'll definitively come back to this if i ever get bored and just want to be creative. Theres a few bugs here and there but nothing too noticeable. Overall it was an enjoyable experience and i would love if there was maybe more of an story or something to keep you playing if you don't feel that creative. I really liked this game and i'll give it at the moment 7/10 and i'll definitively keep a look-out for updates and stuff in the future. Cheers! :3

Thanks for the feedback, Sephos! I'm glad you liked it!

"Theres a few bugs here and there but nothing too noticeable."
Dare to say what you mean by this? Something that wasn't working as intended or some silly logical failures?

"i would love if there was maybe more of an story or something to keep you playing"
This is still in alpha stage. Well, not a good excuse, but excuse nevertheless. There will be a story, but not just yet.

I didn't know the game is ready for trying. Downloading it ASAP! #excited

A bug, monsenior! If you playing a playlist and finish a level with reversed gravity - next level will be with the same gravity :3

Ofcourse there had to be something like that. I'll put it into my todo-list.

Welp, just found new game-breaking bug. Every weak block u've stepped on will start destroying after respawn on checkpoint. You can check it on "Halfmap challenge" level

That's interesting. When I tried out "Halfmap challenge" this happened, but I fixed it and tried... and it still exists? This sounds like I had to release hotfix in a few days. x_x