The Dark Phantom Dawn Of Darkness 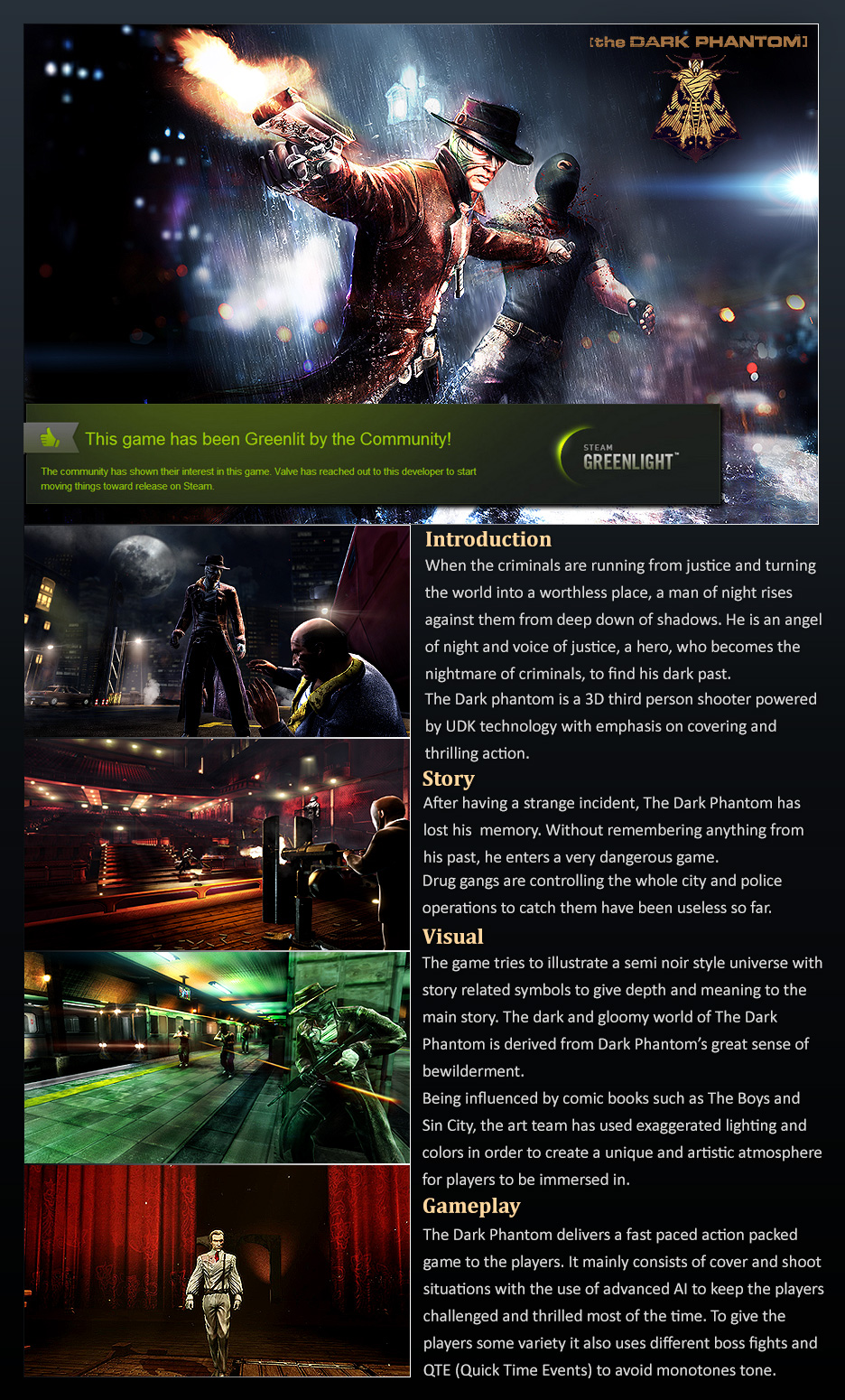 The Dark Phantom is an video game, Powered by UDK. It's the Story of a super hero who's in search of his past and become the criminal's worst nightmare

The dark phantom is in kickstarter+New trailer

Pardis Game Studio has opened it's kickstarter page for The Dark Phantom. A fast-paced third person shooter narrating a neo-noir story enhanced by a marvelous dark and comic style art set in a criminal infeste.

The Dark phantom is a 3D third person shooter powered by UDK technology with emphasis on covering and thrilling action. The player plays in the role of Dark Phantom, a man with a stolen past, seeking light in the darkness. The game offers a compelling dark story with several unique antagonists in a fictional modern city full of criminals and villains.

The develpoer intended to finish and release the project should the title make it's $50,000 funding goal. 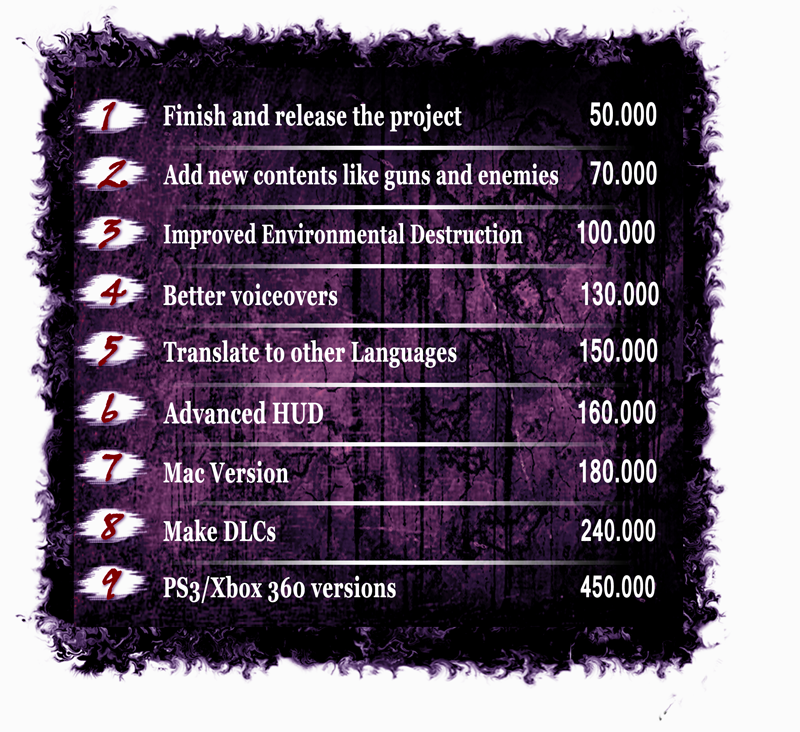 The Dark phantom has been Greenlit by the steam community. It also has won the second rank in best upcoming indie game of 2013.

It's slated for PC. Xbox360 and PS3 versions will be a available when The Dark Phantom kickstarter hits $450,000.

New Screenshots from The Dark Phantom Game has been Released.

The Dark Phantom has been Greenlit by the Steam community

The Dark Phantom has been Greenlit by the Steam community

New Screenshots from GamePlay and Cutscenes has been Released.

Please tell me this is alive, this is too good to be wasted.

I still can't wait to play this game, it looks PERFECT! :D

i pre-ordered this game one month ago and yesterday i finished the game. it's incredible and amazing ! but only have 5 levels and 7 hours of gameplay. the final boss (called moradi, that man with white shirt) is so tough ! it may took about 20min to defeat him.

Indie
Tags
Embed Buttons
Link to The Dark Phantom Dawn Of Darkness by selecting a button and using the embed code provided more...