Destroy the colossal mothership looming over the planet and save your homeworld! With a fleet of high-tech starfighters at your disposal, take on a series of suicidal missions to destroy the alien invader from the inside. Take down reactors, collect sensitive data, and avoid lethal defenses as you maneuver through the vents of the enemy vessel at near light-speed velocity – you are the last hope of your people!

Light-Speed Gameplay – Enjoy a fast-paced arcade experience that’s easy to pick up but challenging to master. Get your adrenaline pumping as you maneuver between elaborate obstacles and death traps inside a giant spaceship – beautifully rendered with Unreal Engine 4.

Mission Mode - Pilot 6 unique starfighters through 54 missions. Scout, infiltrate, sabotage, and fight to repel alien invasion once and for all.

Virtual Reality Support - Full VR support on HTC Vive and Oculus Rift right from the start. It’s intuitive, exciting and faster than anything you’ve seen before.

Developer Shortbreak Studios, a subsidiary of Dead Island and Dying Light developer Techland, is less than one week away from releasing its now virtual reality game, The Collider 2. A high-speed, super-intense game sees you piloting a ship down the narrow corridors of an alien mothership, attempting to destroy it from the inside. It's like the scene in Return of the Jedi, where the Rebels fly into the bowels of the Death Star to reach and blow up its reactor. 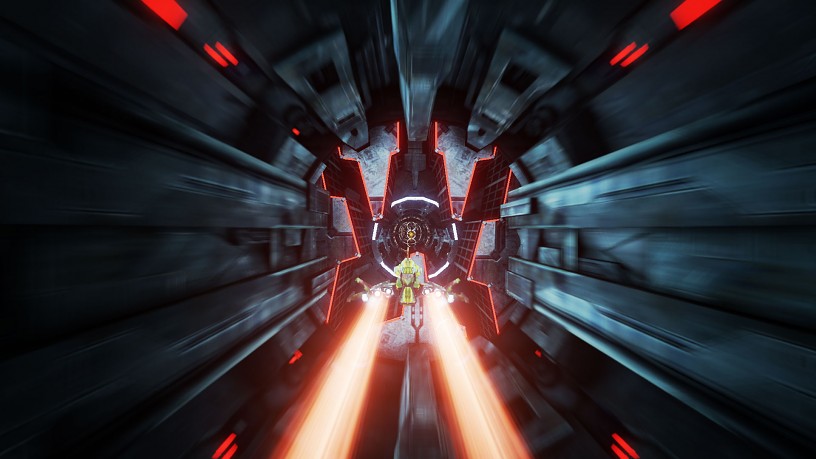 The Collider 2 has support for both the Oculus Rift and HTC Vive, allowing for both seated and standing VR experiences. But it's not all just about high-speed hand-eye coordination; The Collider 2 contains a mission-based structure with the option of a handful of different space fighters to pilot - each of them customisable.

You'll also be able to collect power-ups and upgrade your ship's components, presumably to lessen the damage from every ding and scratch you're bound to accrue on your way to the alien ship's core. You'll also undertake different mission types along the way, including scouting, sabotage, infiltrations, and all-out fights. 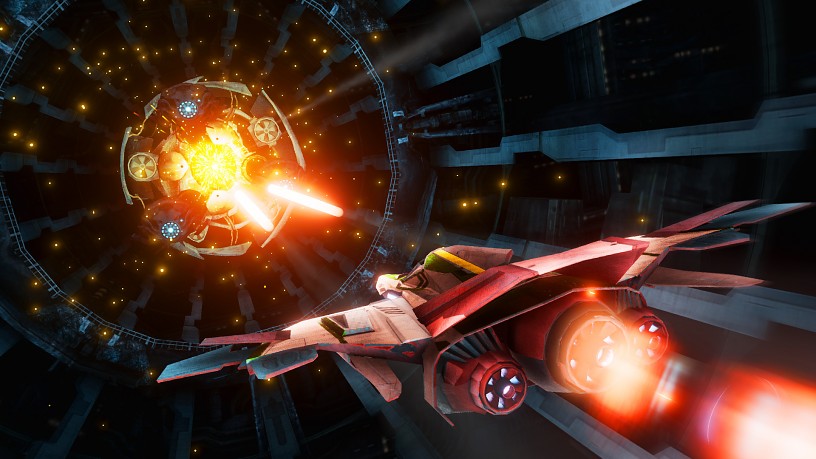 The Collider 2 launches on April 19 on Steam. If it looks like your kind of thing, then keep an eye on another gorgeous rail-based high-speed VR racer, Thumper, for PlayStation VR. 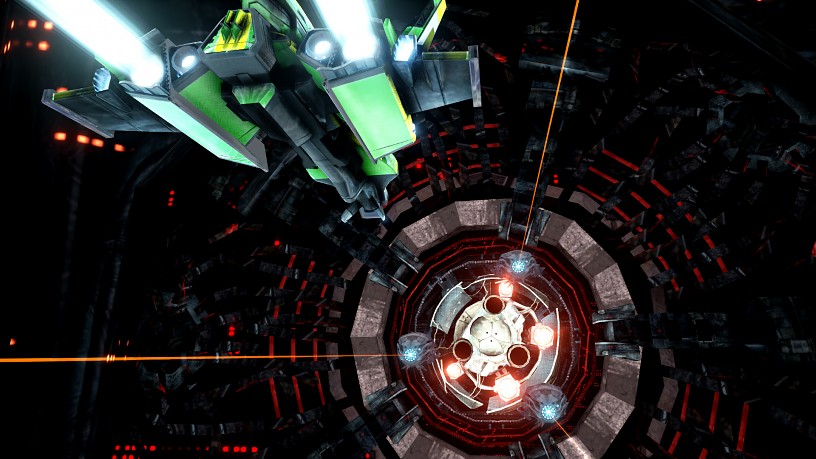 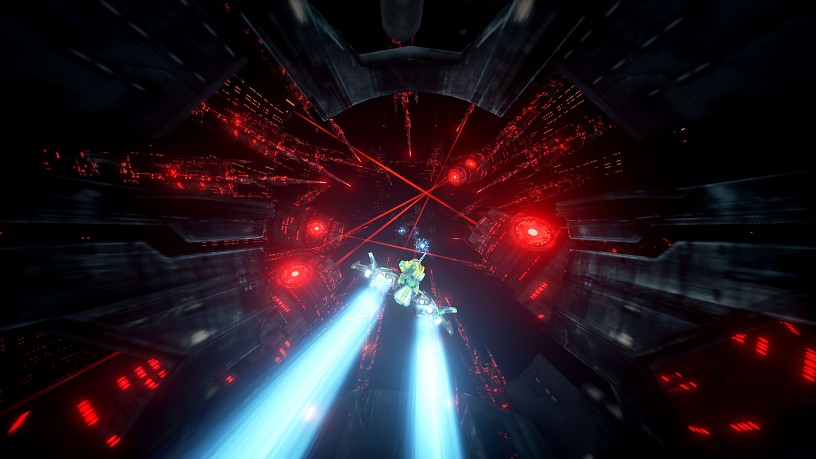