The 9th Wizard: Rings of Eternity 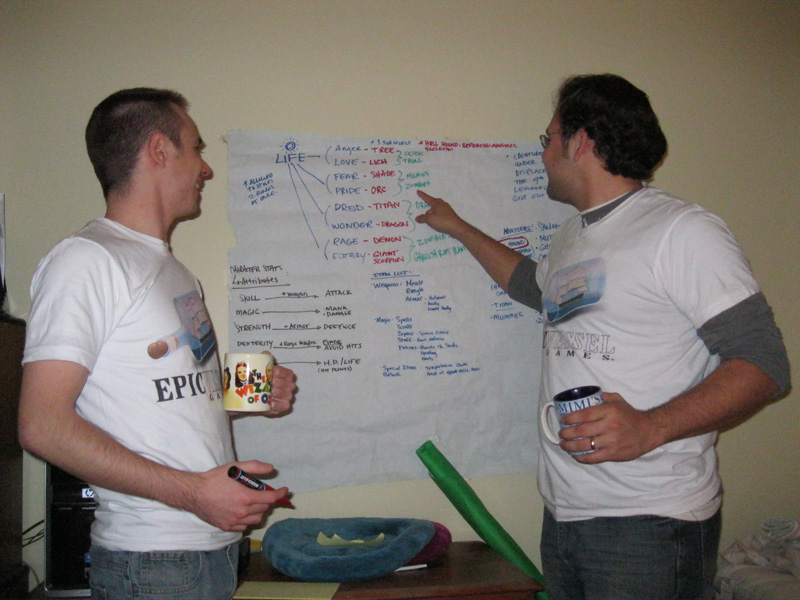 The intricate connections between our theme, story, monsters, items and other important aspects of this game have taken many hours of planning. It's now time that we begin hacking and slashing (pun intended) to remove what doesn't work, add what we think will, and make this game as fun as possible! We are looking for upcoming alpha testers. Please follow our project to be considered!
(And Yes, that is a Wizard of Oz mug!)

Realm of the 9th Wizard: Of the world of the Terra Gnome

Players will still choose their desired path to completing the game - well, that's if the player is good enough to finish. However, that route can be one of least resistance, one riddled with side quests or anything in between.

Our story is simple:
The 9th Wizard was overcome by greed when he stole all nine rings of this realm to construct his own counter reality. He strategically took refuge underground within the Terra Gnome Caverns, knowing well enough the remaining eight wizards would have immense difficulty in their pursuit of him.

As stated in the above description, the game takes place in the "Terra Gnome Caverns", a cave system developed by the illusive Terra Gnomes. This is our clever way of adding a twist to the labyrinth-like commonplace of the dungeon-crawl while preserving it's mysterious but deadly feel. The Terra Gnomes are a race of land gnomes whom rarely interact with the above inhabitants. They sustain themselves with whatever they discover underground and barter with other underground gnome societies. Their caverns run deep and reflect the complexity of their rapidly growing societies.

The below illustration represents an ordinary Terra Gnome miner - one of our favorites. Every miner has a canary friend. Wild canaries are hard to tame but once trust is establish those little birds can protect their master's life in more ways than may be known. 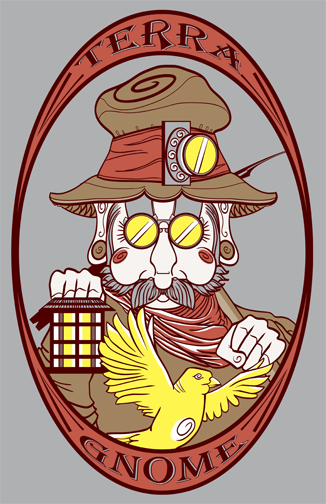 The world of the terra gnomes have been shaken with the arrival of the 9th wizard as he bends and morphs their home to his liking. Though the Terra Gnome are a resilient race of creatures, the 9th Wizard is difficult to overcome. He has turned their work dogs into his protector minions, raised the dead from the underground burial grounds, and much much more to suit his visionary realm. It's up to the remaining eight wizards to navigate through the subterranean world, stop their rogue colleague, and restore the caverns to the Terra Gnome people.

90 seconds of the 9th Wizard

We are of course still hard at work on the 9th Wizard: Rings of Eternity, so here is another little video to show an early alpha build. It's tough to...

Where can you find 21 tracks of atmospheric chiptune awesomeness? Right here, that's where! Musician, Comptroller, has completed the full original sound...

Want to support the 9th Wizard and get some awesome games in the process? We have teamed up with 5 other indie developers to bring you the $1 6-game ...

In this video blog on the development of The 9th Wizard: Rings of Eternity, Joe shows the major changes and new isometric view.

Bought! If only for the bonus music, it is already very good!

Thank you so much all_zebest! We appreciate it so much!

Title makes me think of The 4th Coming, a MMORPG, kind like this.

Thanks, reece44! We hope to keep interest up with frequent videos and updates, and we hope to get feedback as we begin releasing more of the game's content.

It is quite hard to find modern-ish (Actually has graphics rather than symbols and such) rouge-likes for the PC. So far, I've only seen Powder. But it's nice to see a new rougeike.

I don't always play RPG's, but when I do, it's probably a rougelike.
Good luck, hope to see some progress :D

It is great to get comments about the look. We are trying to keep the balance of maintaining a roguelike feel and style, without going too basic. We also don't want to try and get too real or heavy on the graphics because that conflicts with the simple nature of the game. Please keep the comments coming, it will help us navigate the possibilities.

Tags
Embed Buttons
Link to The 9th Wizard: Rings of Eternity by selecting a button and using the embed code provided more...