Teslagrad is a puzzle platformer with action elements. Magnetism and other electromagnetic powers are gained throughout the game and must be used to overcome the game's challenges and explore the long abandoned Tesla Tower. The game is set in a steampunk-inspired vision of old Europe, and through voiceless storytelling we intend to tell the story of the fall of the king of Electropia and the rise of a new (and not necessarily better) order.

December 13th is the big day, our journey towards the end is finally over. After two years of drawing, programming, building, tearing down, rebuilding, testing and long days and nights, we're done. Teslagrad is being released into the wild, and we're very pleased with how it looks. 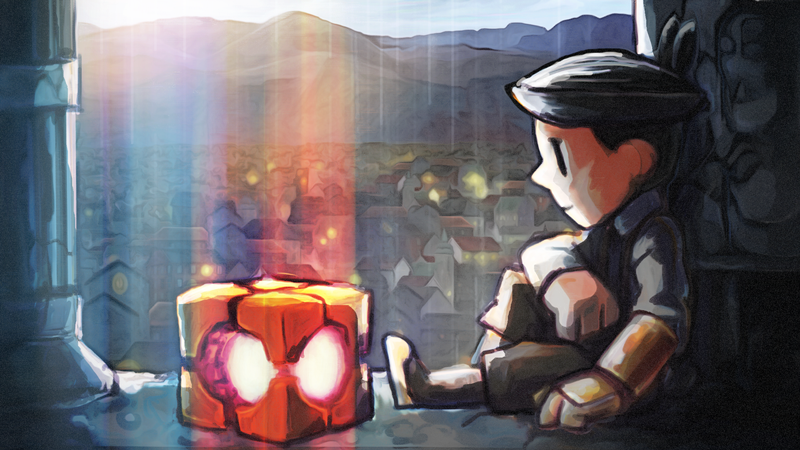 So now, it is up to you all, to make your way through our fiendish traps and dangerous bosses, and to uncover the secrets hidden deep inside Tesla Tower. Your reflexes and your wits will be tested, as will your perservereance. Are you up to the task? Of course you are!

We're also delighted to mention that we made it into IGN's Hype Sheet for 2014, since we will be releasing our console versions in 2014. So if you want to boost our hype, give us a vote, and maybe even give us a vote in the Indie Game of the Year, right here on IndieDB! We're in the "platformer" category in both of these.

In conclusion, we're delighted to finally be releasing Teslagrad, and we hope you all will think it's great, and that it was worth the wait. The reviews are already starting to come out, so if you want someone that's not us to tell you to check it out, have a look at those and decide for yourself!

Thank you for sticking with us, and happy holidays to all of you, from all of us at Rain Games!

We are very proud to announce the official demo release AND the Demo Release Speedrun Extravaganza!

Teslagrad on the PAX Prime 2013 (Seattle)

A new playable build will be available for any PAX Prime visitor willing to meet the Rain Games crew!

New Build with a Major update

A new major update to Teslagrad is now available. Remember to report those bugs. We are also on greenlight, but don't panic. Also: Have a Wallpaper ;-)

Half a year after our initial video from Teslagrad we are closing on completing the game. Thus we have created a promotional gameplay video for our beloved...

Great game, just love the style and soundtrack. Storytelling is good too, maybe even because it's a silent character... One Question: How do I know if I collected all 36 Scrolls? Is there an alternate Ending?
Really love the game and I'm going to recommend it to all my friends.
I have one technical issue though: Sometimes the screen just goes black (after death) and the only solution is to restart the game [Win7]. (Only happens irregularly after 1-2 hours playtime, but didn't really ruin the fun because of autosaving ;) )

Yes, there is an alternative ending.
Currently there is a bug at the orb boss that might cause the screen not return after blacking out. I think this will be solved in the next update though.

This game looks awesome. I'll be buying it when I get my hands on a Wii U.

What are the minimun requirements?

We have some problems with early shader model 3.0 gpu's (GeForce 6600 specifically), but even with those it's playable, I've heard.

I also think atom cpu machines will struggle. I think anything like mid range Core2Duo with a dedicated GPU will be playable.

On weaker machines, you'll need to disable vsync in-game though.

Does that answer your question sufficiently?

Awesome game for sure! Tho I am not that far into it yet, it's pure fun. Loving the style, the mechanics and runs pretty smooth even on my old PC :) Thanks for this little gem devs, amazing job there!

Oh and by the way, are you guys okay with review/gameplayvideos on YT with a link to the game, giving full credits in the description?

Thanks for this great game again & chapeau for the great, kind support here o/

Of course we would love to see videos/screens or other such works of our game on youtube, or any other place on the net like that.

We love watching them ourselves, though the number of them that are being generated right now is making watching all of them impossible.