Streets of Cyberworld is an online card game set in a near future of our world. Apart from gaming we are heavily concentrated on storytelling, character development and global world building. We are yet only taking first steps into this project and welcome everyone to join us in building this world of cyberpunk.

Devblog #2 - The Cards of Streets of Cyberworld

This is our second devblog on Streets of Cyberwrold - a new digital card game that we are currently working on. After a brief intro last week it's time to delve deeper and explore the very essence of Streets of Cyberworld - the cards themselves.

The cards in SoC are split into two categories: character cards and support cards. Characters are the ones that player uses to fight for the districts and defend them from opponent. Whereas support cards are the shenanigans players use to turn the tide of battle, modify characters, and manipulate the opponent.

We are designing the cards of Streets of Cyberworld to be unique. Have their own custom abilities that could be used in more than jsut one way. Therefore no card in Streets is the same.

Characters of Streets of Cyberworld are the main means of achieving victory. They are the ones player sends to fight for the city and do the dirty work. Apart of being belonging to certain factions, characters of Streets of Cyberworld are categorized to three different types: Human, Robot, and Cyborg. Each type has it’s own unique flavor, playstyle, and capabilities.

Humans are the most versatile of types capable of using most of the support cards, though lacking in strength in most cases.

Robots are the big bulky guys, usually the characters with the biggest power. Robots have the most restrictions on using support cards.

Cyborgs are something in between the two previous types. Characters with moderate power, capable of using implants and drugs, though suspectable to many removal or de-buffing effects in the game. 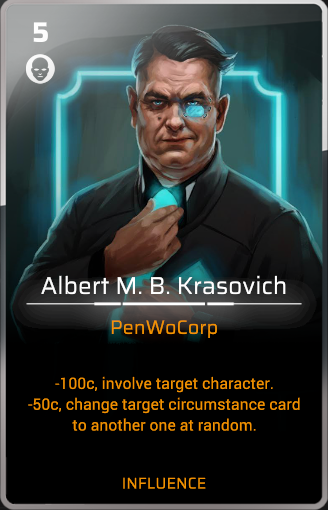 Let’s take a look at Albert M. Krasovich, the very boss of PenWo Corporation. Albert is a guy with a power of 5 (a relatively weak power score for a boss of a mega corp) and is Human type.
What Albert doesn’t make in toughness he compensates with two of very useful abilities of his.

We could Involve Mr. Krasovich (meaning he would not be able to act till the next turn), pay 100C and Involve one of the opponent's characters, therefore, making it unable to defend, or use it's abilities till the end of turn

We could activate Albert's second ability and pay 50 credits to change Circumstance card. Since the second ability doesn't have Involve tag, we could repeat the process as many times as we like (provided we have enough credits)

Support cards are universal and are the cards that require resources in order to play them. That’s right, character cards can be deployed for free but more on that in the later blogs.
Support cards are not restricted per faction and the player may use any combination of support cards best fitting for its deck. Though one thing should be kept in mind – not all character types might use certain support cards. In Streets of Cyberworld, the support cards are categorized in the following sections: Action, Drug, Implants, and Equipment support cards. Some of the cards might bear an Instant tag.

Instant card can be pretty much about any support card. It is a tag that means that the card can be played during your opponents during.

Action cards do not stay on the battlefield when used and might have permanent or temporary effects, making them invalid targets for opponent’s removal. In this case, let’s take a look at Investigate. 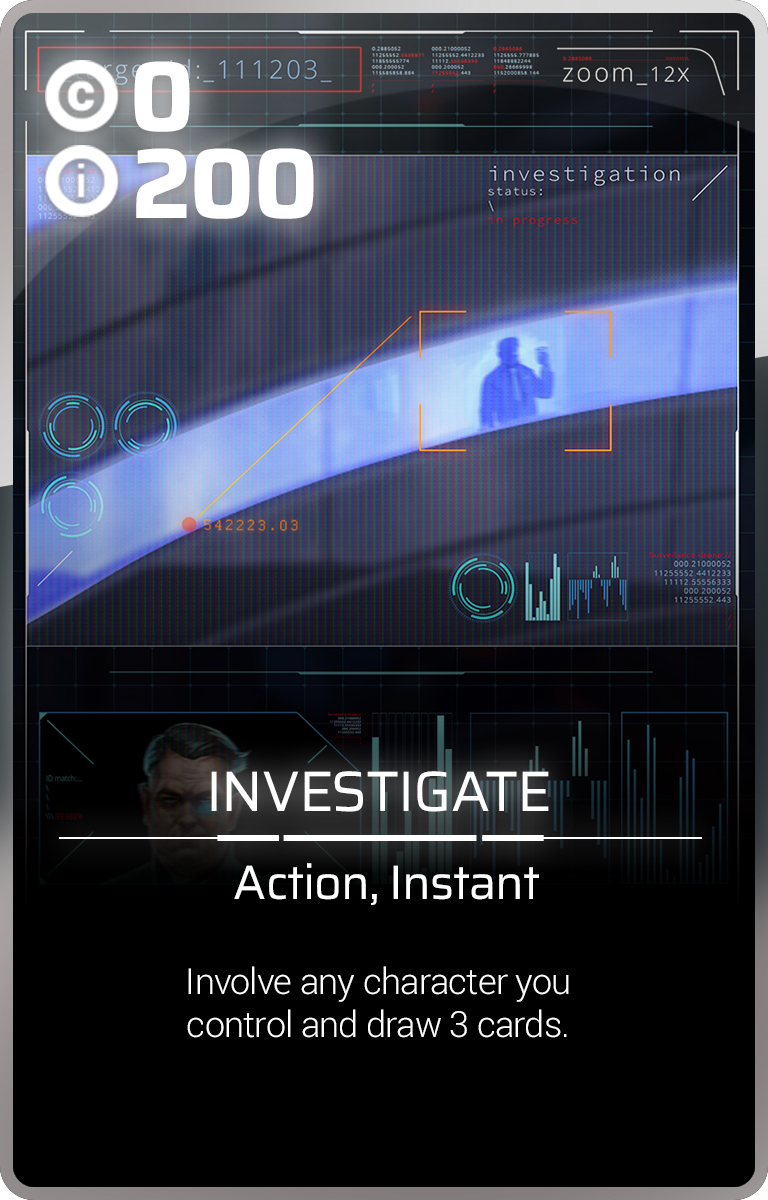 Investigate is an Action card which also bears an Instant tag. The card’s cost is displayed at the top left corner (0 Credits, 200 Information). We can use Investigate as a standard action card and play it during our turn, or we could wait for opponent’s attack, play Investigate, Involve our character, draw 3 cards and draw an appropriate response to our opponent’s threat.

Drug cards can be used only by Humans, and usually tend to provide stronger benefits for lower cost of resources but for a specific amount of time. 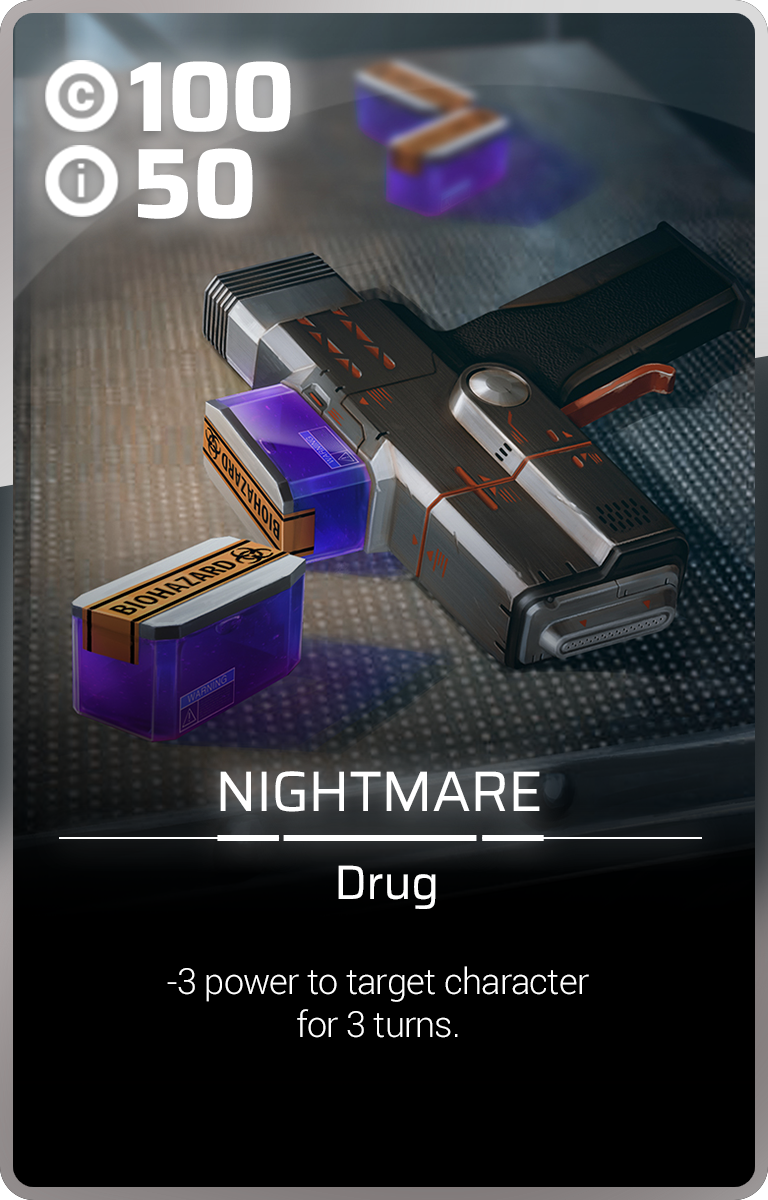 In this case, Nightmare is a drug intended to reduce the power of target character by 3 for 3 turns at the cost of 100 Credits and 50 Information. In Streets of Cyberworld a difference of 3 units of power might decide the outcome of the battle easily thus winning you a District. 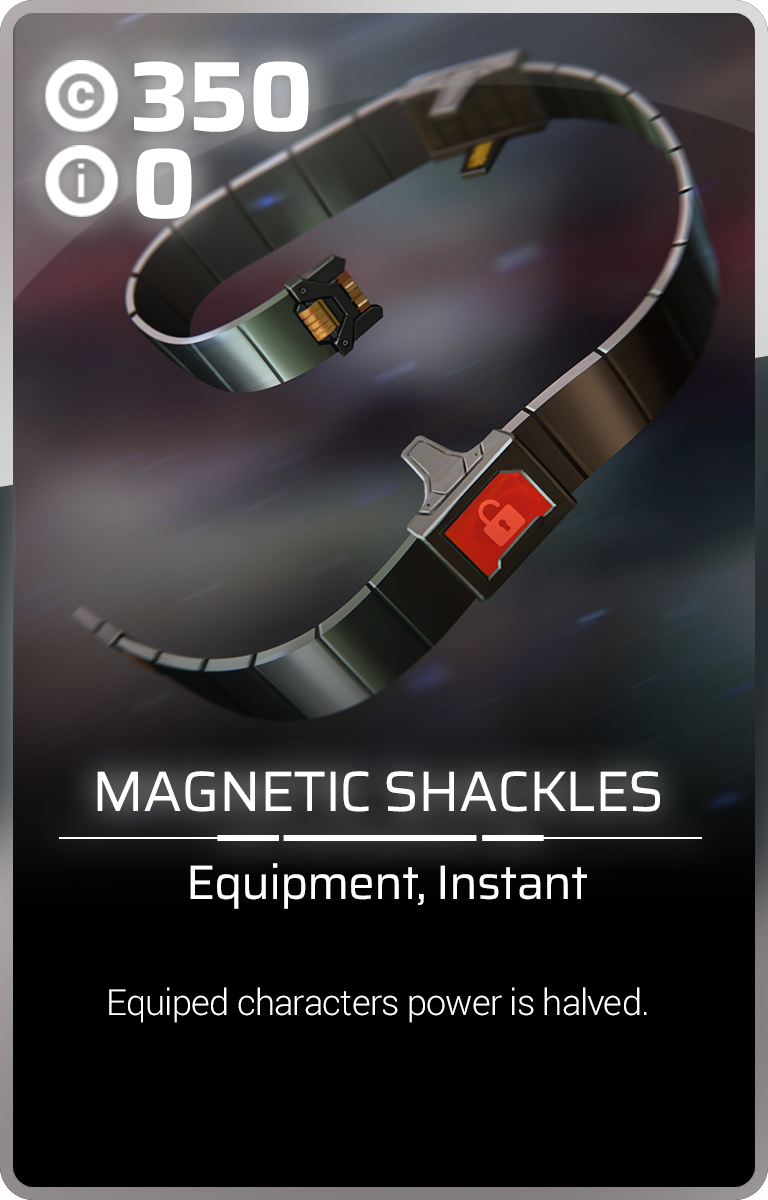 Implants can only be used by Human and Cyborg characters. Though providing smaller increases in power than Drug or other Equipment cards, Implants are very hard to remove from the battlefield. 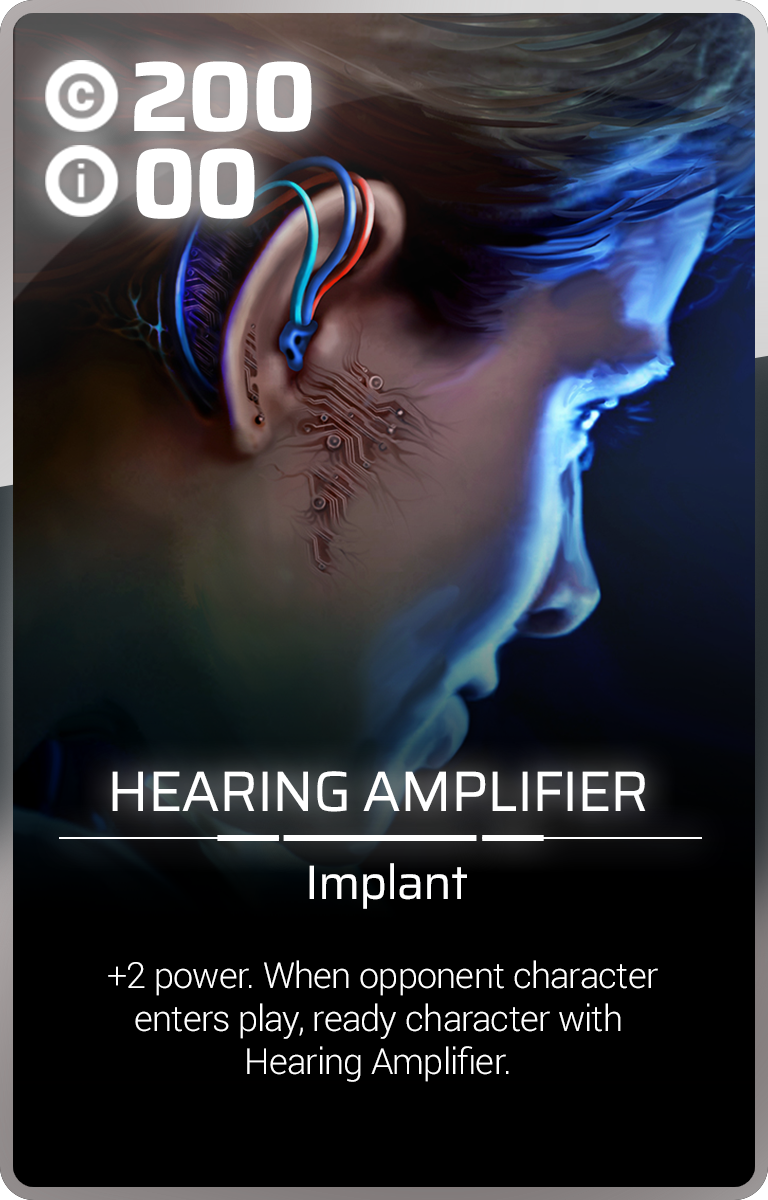 Hearing Amplifier not only increases the power of equipped character, but also immediately shifts the character to Ready state (opposite to Involve), making it able to defend, attack, or use it’s abilities when an opponent’s character enters play once again.

The cards we've showed today are but a mere fraction of the vast variety of shenanigans to be aviable for the players of Streets of Cyberworld. Stay tuned for our forthcomming blog where we will dive into the very combat system of Streets of Cyberworld itself and the many ways the card types we've discussed today can be used in it.

That's it for this time guys. Thank you all for your time reading our second devblog on Streets of Cyebrworld, a forthcoming digital card game by Rusty Oak Games & Sneaky Box.

New Game and our first DevBlog: Streets of Cyberworld

Greetings Internets! We are Rusty Oak Games and we are making a new digital card game - Streets of Cyberworld.

Tags
Embed Buttons
Link to Streets of Cyberworld by selecting a button and using the embed code provided more...