A squad-level turn-based tactics game, set in a scifi universe. Lead your squad of United Alliance marines against bloodthirsty reptilians, giant mechanoids, putrid zombies and genetic experiments in your bid to protect Earth from the forces of evil. Designed from the ground up to be moddable, Star Sentinel Tactics will ship with a Mod Toolkit, consisting of level editor, actor editor, particle effects editor and more. Modders with basic knowledge of XML and Lua will be able to build their own missions and campaigns and change most aspects of the game content.

Star Sentinel Tactics, a squad-level turn-based tactics game with a scifi theme, is nearing completion, and will soon be made available to beta testers. I would like to take this opportunity to invite a handful of ModDB members to join the beta team.

Star Sentinel Tactics puts the player in control of a squad of United Alliance Marines, aka The Star Sentinels™, as they battle to prevent a race of bloodthirsty reptilians from launching a devastating attack on our Galaxy. 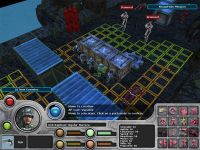 Star Sentinel Tactics takes the proven gameplay of turn-based tactical combat, and invigorates it with exciting new ideas like eliminating CPU turn waiting, dynamic battles and narrative-driven missions. As well as dazzling 3D graphics and line-of-sight driven by a powerful physics engine, the game offers a cast of captivating characters and creatures, and an array of explosive weaponry. Each of the 28 hand-crafted missions will offer players a unique tactical challenge, from creeping silently past patrols in a dusty desert city to providing cover for heavy assault troops as they raid an alien mothership. 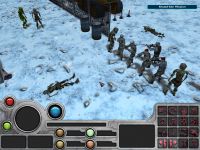 Please only apply if you're serious about beta testing, and intend to play it extensively and provide feedback. To apply, simply send me a PM with your system specifications and an email address.

I thought this game was dead, but it seems like there's still life left in this project. It looks like the last months have been rather hard on the developer, but according to the official site the game may see the light of day soon.

If you want updates I suggest you follow his Twitter (I personally don't use Twitter so I have no idea how that stuff actually works), or keep track of the official site.

After some research, I found out that it has been released, although both the official homepage and MODDB neglects to recognise it >_>

Matrix games apparently released it as a digital item.

Meh .. What happened to this excellent-looking game? :(

were can i buy this when released

I don't yet know where the game will be available to buy. I would prefer to offer it as a digital download, but I don't want any obtrusive DRM. Assuming I can find a distributor that uses little or no DRM (eg: some kind of one-off server-based authentication would be ok) then I'll use them. If not, I'll sell it directly from my own site.

Wow! This looks completely made of win, and EPICNESS! - Why hasn't more games been made like this ..? You have my watch mate, and you most certainly deserved it.

Thank you for the kind comments. That's a lot to live up to, but I'll certainly do my best.